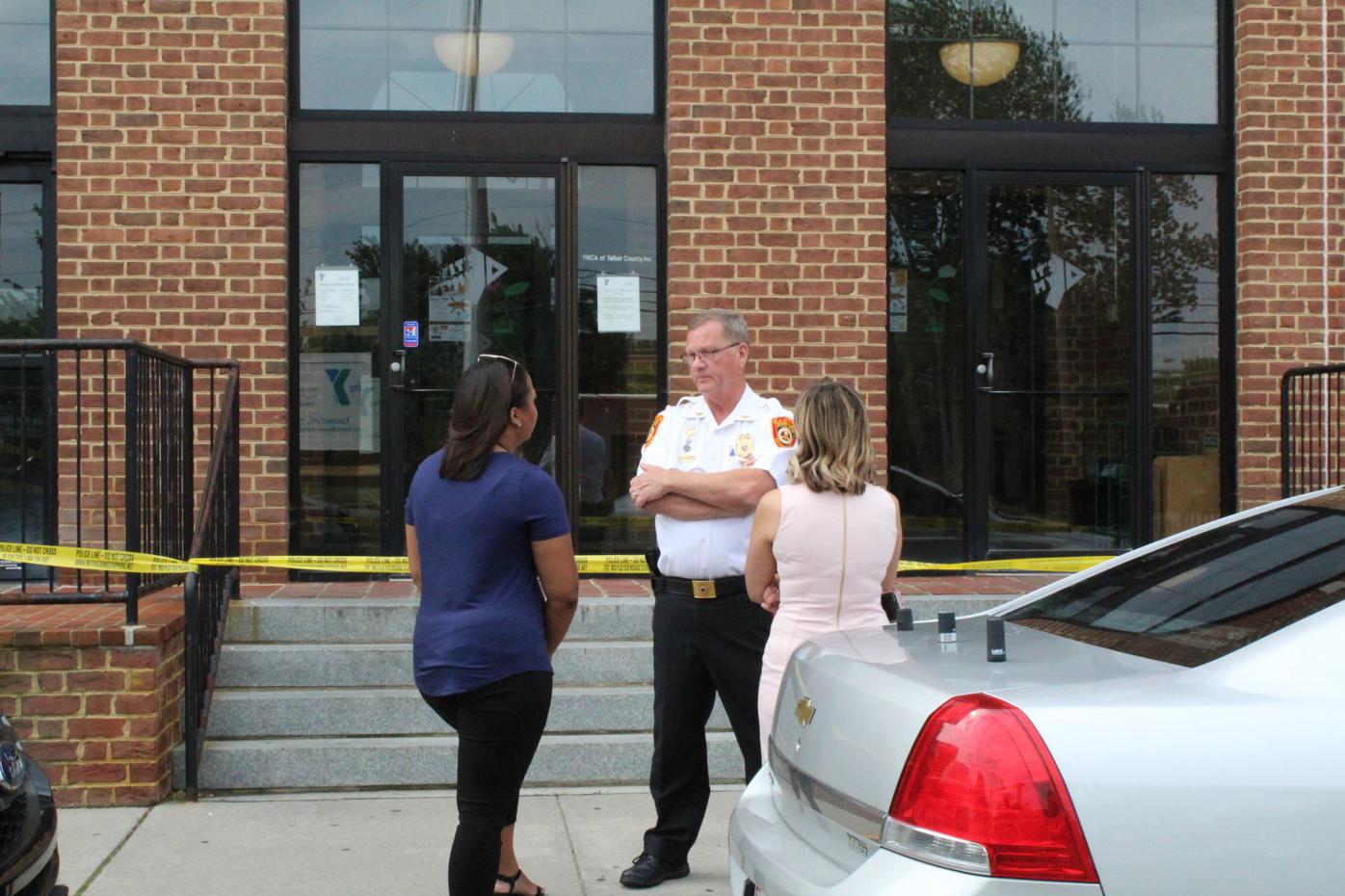 Easton Police Chief David Spencer updates reporters about a deadly assault June 6 at the Easton YMCA, in which a A 72-year-old Easton man was fatally stabbed in the men’s locker room. 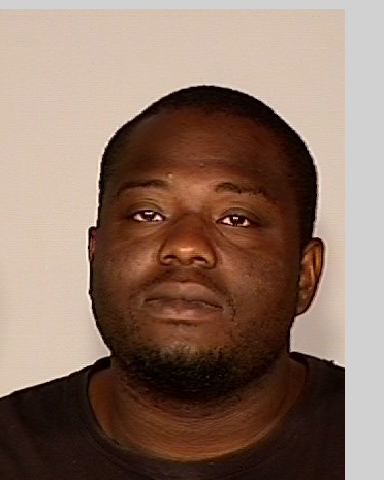 EASTON — A 72-year-old Easton man died Thursday morning after being severely injured in the men’s locker room at the YMCA by a robber with a knife, Easton Police said.

A 31-year-old Easton man — “who appeared in distress and at times incoherent” — is in custody after being taken to the hospital.

The slain man was identified as John Joseph Cassidy, 72, of Easton, according to police. The identified suspect is Andre Lamont Price Jefferson, 31, of Easton.

He was being held at the Talbot County Detention Center in Easton.

Officers were sent just before 8 a.m. Thursday, June 6, to the Talbot County YMCA for some sort of altercation, police said.

Upon arrival, officers located Jefferson on the lobby floor. Cassidy was located on the floor of the men’s locker room, suffering from stab wounds. Both men were taken to the University of Maryland Shore Medical Center at Easton, where Cassidy died.

“(Jefferson) did not have any obvious signs of trauma or injury but he appeared in distress and at times incoherent,” said Easton Police Capt. Greg Wright.

Police said an investigation showed Jefferson went into the locker room, made contact with Cassidy, then attacked him with a knife, causing multiple cuts.

After the attack, Jefferson attempted to leave the YMCA, but staffers stopped him, police said.

Before the attack at the YMCA, Jefferson had entered Easton Middle School, which is located across Peachblossom Road from the Y, according to school officials.

“A teacher on duty at the entrance and a security officer escorted the adult from the building where upon he left the property,” Griffith wrote, according to a screenshot of the email posted on Facebook.

“There was no indication that any extra security measures were necessary and later students entered routinely,” Griffith wrote. “Later in the day, Easton Police notified us that this same individual had entered the YMCA. EMS was advised to continue normal operation while the police completed their investigation of an incident at the YMCA.

The middle school did not initiate a lockdown because “there was no indication that extra security measures needed to be taken,” Debbie Gardner, a spokesman for Talbot County Public Schools, said earlier Thursday.

“We certainly appreciate the swift actions of our trained staff and the cooperation of the Easton Police department to ensure the safety of our students and staff,” Griffith wrote.

Investigators spent much of the morning interviewing many potential witnesses and processing the crime scene. Talbot County Department of Emergency Services assisted with facilitating access to grief counselors.

The Talbot County YMCA was closed Thursday. Officials there said they will announce plans to re-open through their website and social media.

Shore News Beacon, a Facebook page that monitors emergency communications and posts about accidents, fires and police activities, reported in a Facebook post that police and emergency medical services were called to the YMCA for a reported traumatic injury-assault.

“Reported assault one patient with lacerations, tourniquet was applied to patient who then went into trauma arrest,” the Shore News Beacon posted. The other person reportedly had a seizure.

“Due to an incident that occurred at the Easton Family YMCA we are currently closed and cooperating with the local law enforcement officials,” the Y posted on its Facebook page about 9 a.m.

“A terrible tragedy occurred at the Easton Family YMCA this morning. There is an ongoing police investigation so we are limited in what we can say. Our staff team is currently with crisis counselors and are deeply saddened by today’s events. Please keep those involved in your prayers. The Y is the front porch of this community and will continue to be. We will remain closed today and as soon as we can provide more information we will.”

One commenter lauded the YMCA staff for their response.

“I was there I wanted to give a shout out to the YMCA staff very professional and knew what to do,” she wrote. “They all remained calm and attentive to the clients. 5 stars A+ rating.”

The Easton Police Department is asking any witnesses to come forward and make contact with its detectives. Call Easton Police at 410-822-1111.