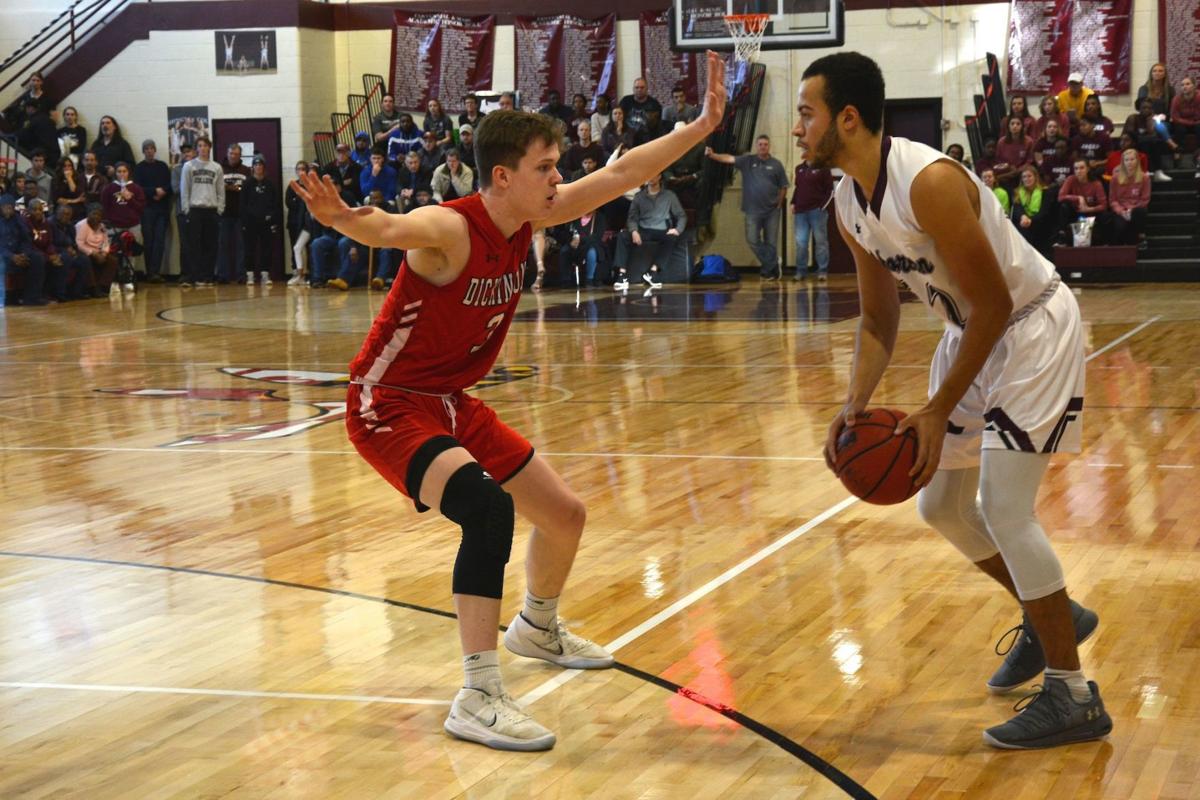 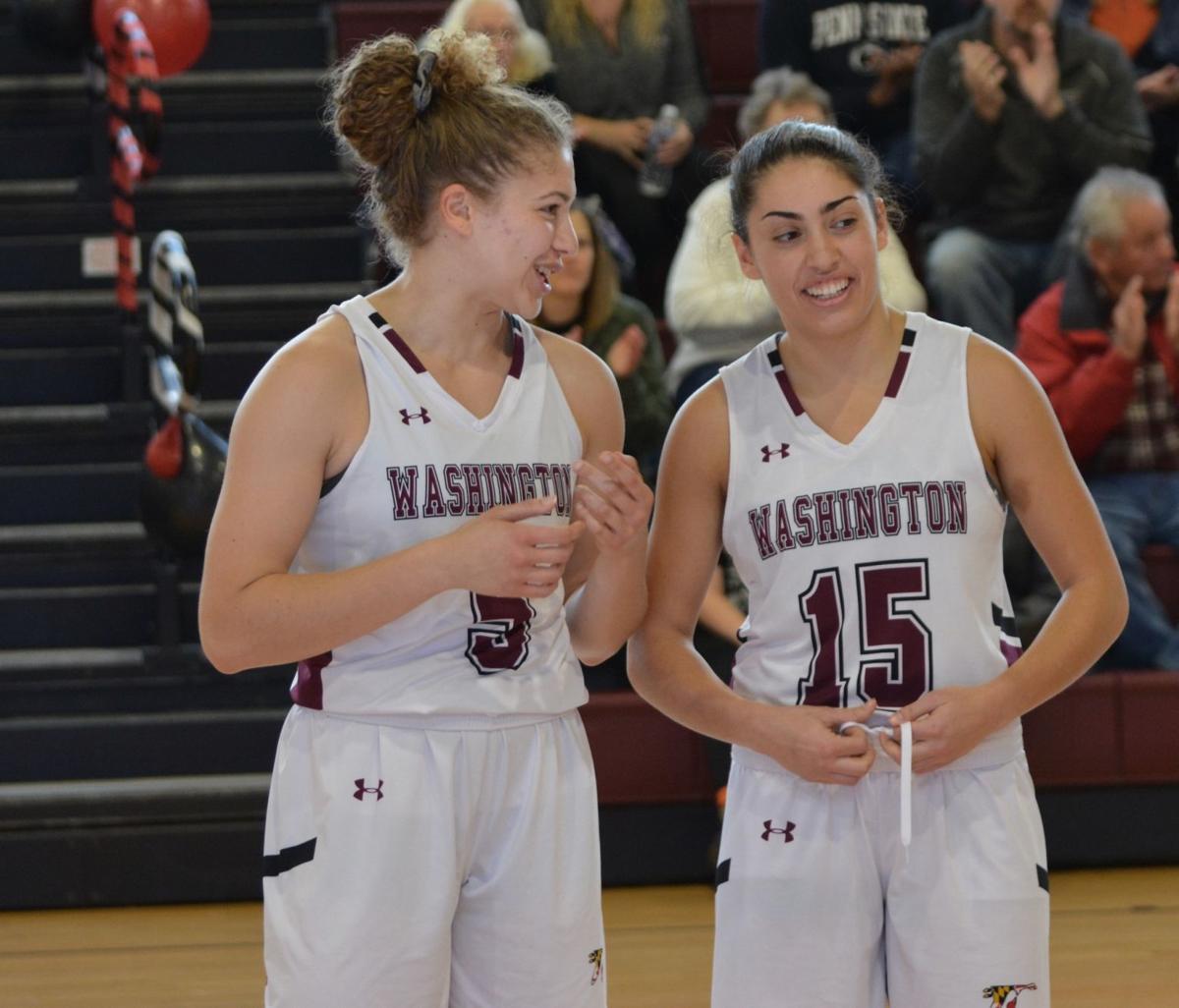 Washington College seniors Samantha Howell, left, and Rosie Martin qualify for the Centennial Conference Academic Honor Roll, each with a cumulative grade point average of at least 3.40 on a 4.0 scale. Howell is a physics major and Martin is a psychology major. 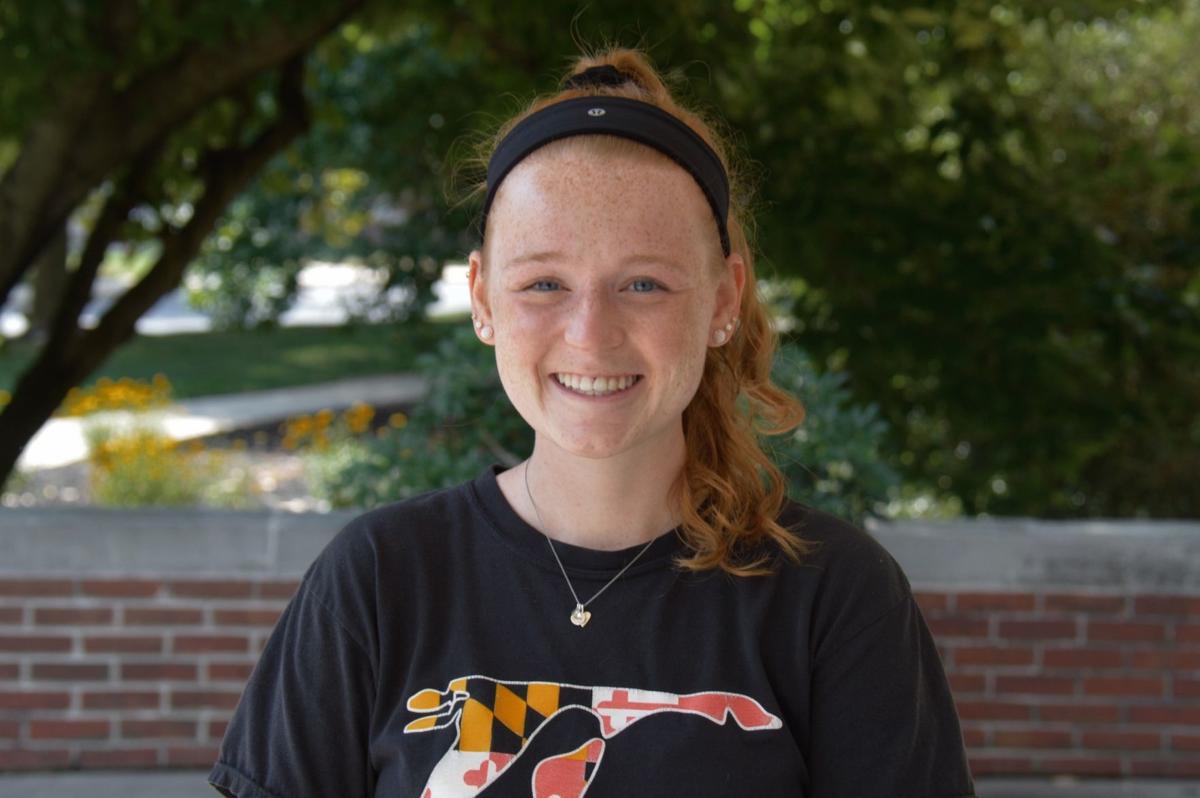 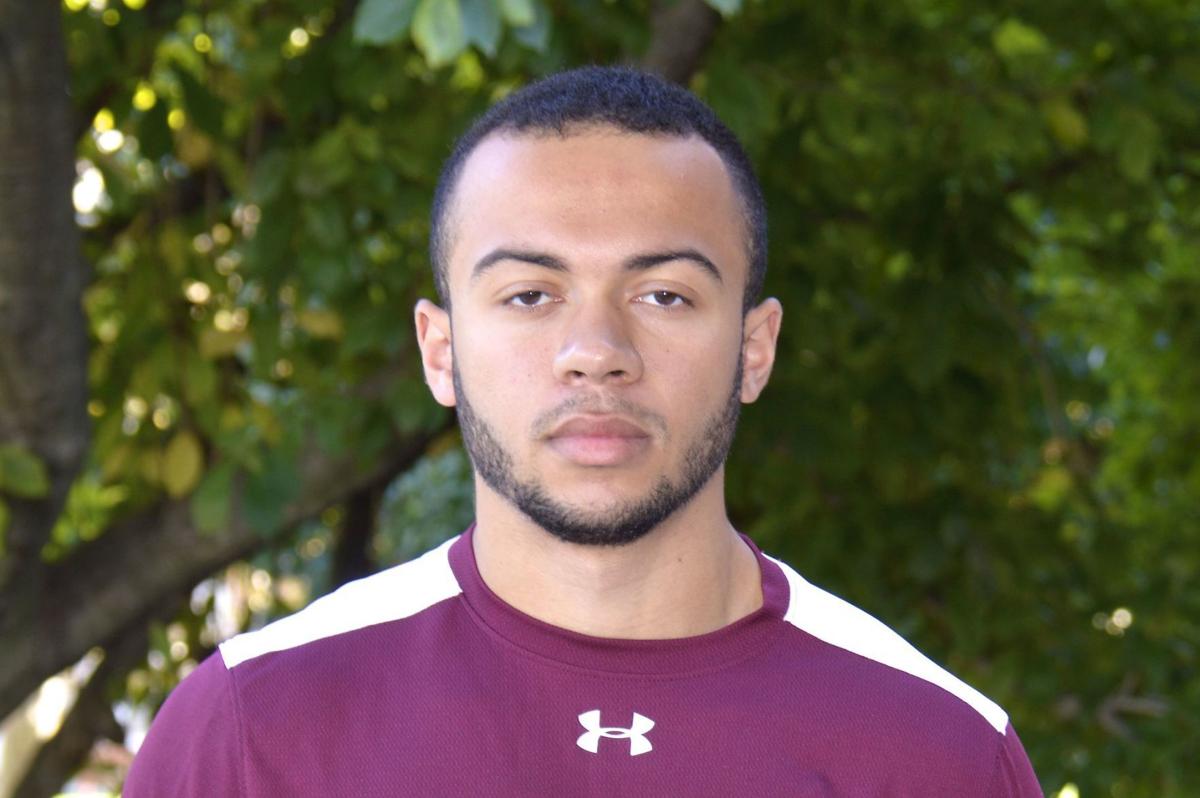 Washington College seniors Samantha Howell, left, and Rosie Martin qualify for the Centennial Conference Academic Honor Roll, each with a cumulative grade point average of at least 3.40 on a 4.0 scale. Howell is a physics major and Martin is a psychology major.

CHESTERTOWN — Washington senior forward Dallas Marshall is the Centennial Conference’s Scholar-Athlete of the Year for men’s basketball, boasting a cumulative grade point average of 3.42 as a business major.

He was a captain this season for Washington, which qualified for the conference tournament.

Marshall (Germantown, Clarksburg High School) appeared in 25 games, all starts, for the 10-16 Shoremen. He was second on the team with 4.8 rebounds and 30.5 minutes a game, and third with 10.5 points a game.

He received honorable mention in all-star voting by the Centennial Conference head coaches.

The Scholar-Athlete of the Year is the junior or senior basketball player with the highest cumulative GPA on the All-Centennial Team.

“Dallas is a terrific example of the importance of setting goals and then pursuing them with hard work, a positive attitude, and focus to deliver results,” Washington coach Aaron Goodman said in a news release.

Goodman said Marshall “let me know at the end of his sophomore year that his aspiration was to be All-Academic Centennial Conference, and he achieved it the following year. This recognition is icing on the cake for an anchor in our program who has had a terrific career on the court and in the classroom.

“Dallas is the whole package of being exceptionally coachable, a leader by word and example, and is one of the most loyal, passionate and committed people I have known. Dallas has a great future ahead of him and I am so very proud of him,” Goodman said.

Marshall, who was a second-team honoree last year, is the first Washington player to earn All-Centennial recognition on more than one occasion since Kevin Breslin ‘12, who was a three-time honoree from 2009-10 through 2011-12.

He eclipsed the career 1,000-point milestone — the 36th player in program history to do so — in the Feb. 22 regular-season finale, a 59-57 victory at Dickinson.

Senior midfielder/defender Jessie Willey has qualified as a Scholar of Distinction for the fourth year in a row and is joined by 12 of her Washington teammates on the National Field Hockey Coaches Association Division III Academic Squad, which was published earlier this month.

The Shore ladies also received an Academic Team Award for having a composite grade point average of 3.0 or better on a 4.0 scale.

Annie Kietzman is their coach.

Willey (Salisbury, Parkside High School), who appeared in 14 games with 12 starts for 4-12 Washington, qualifies for the Academic Squad for the fourth year in a row.

Junior Kailyn Brandt (White Hall, Hereford) three-peats as a Scholar of Distinction and a member of the Academic Squad. She started all 16 games.

Maintaining a cumulative grade point average of 3.40 or better, on a 4.0 scale, 11 Shore swimmers have qualified for the Centennial Conference’s Academic Honor Roll for winter sports.

Freshmen are not eligible.

Also, senior business major Dallas Marshall of Germantown (Clarksburg High School) is the conference’s Scholar-Athlete of the Year for men’s basketball. He is one of only two men’s basketball players to be named to the Academic All-Centennial Team after earning All-Centennial recognition for his performance on the court.

Washington canceled all athletics-related activities, including practices, for the remainder of the spring semester on March 19 due to the novel coronavirus.

“All of us at Washington College were hopeful that we would be able to resume the spring season [in April] but unfortunately the circumstances surrounding this pandemic will not allow us this opportunity,” Athletic Director Thad Moore said in a prepared statement.

He added: “I want to thank all of our student-athletes and their families for your assistance during this difficult time. I am particularly disappointed for those seniors who were participating in their final season and were looking forward to competing for championships and individual accolades. We can’t thank you enough for your hard work and dedication over these past four years.”

The college’s athletic department honored all seniors who were competing during the spring season with special recognition on social media. See: www.facebook.com/washcollsports/.

Also, most valuable and most improved players will be announced in April for all 18 varsity teams, as well as the winners of the nine major departmental awards.

All honorees will be recognized in front of their peers next fall.

In response to COVID-19 and its impact on the 2020 spring season, NCAA Division III has approved several measures including an additional semester and season of eligibility for all student-athletes participating in spring sports; the removal of a minimum threshold of sponsored spring sports; and the flexibility for schools to assist students with travel, lodging and meals as a result of campus displacement.