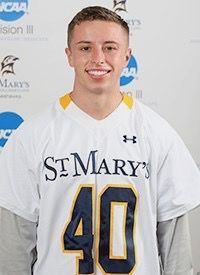 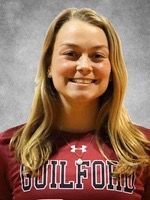 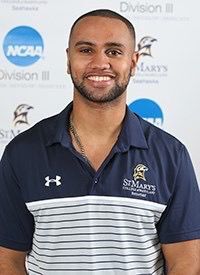 Criteria for Chi Alpha Sigma include a minimum cumulative grade point average of 3.4 (on a 4.0 scale) and the endorsement of the head coach. Only juniors and seniors are eligible.

Baker, a midfielder, appeared in 11 games this spring for 3-10 St. Mary’s. He scooped up 11 ground balls and caused three turnovers.

He completed his course work at St. Mary’s College of Maryland in three years — i.e., he graduated a year early — because he had earned enough college credits through Chesapeake and Washington while attending Kent County High School to matriculate in as a sophomore.

Baker is a 2018 graduate of KCHS, where he was the three-time MVP on the Trojans’ lacrosse team and the outstanding male athlete in his class. He ended his high school career with 10 varsity letters — four each in soccer and lacrosse and two in basketball.

In his senior year, Baker was the Trojans’ MVP in soccer and lacrosse and the outstanding sportsman on the basketball team.

She appeared in 46 games, all starts.

The 2020 and ‘21 seasons were abbreviated to only seven games each year due to the COVID-19 pandemic.

Helfenbein totaled 15 goals and seven assists this season for the 3-4 Quakers; she was second on the team in goals and third in points (22).

As a sophomore in 2019, Helfenbein established a school record of 13 points in Guilford’s 23-0 victory over visiting Sweet Briar. She scored five goals and handed out a career-best eight assists to surpass the previous record of 12 points set in 2014.

Helfenbein moved up to second in program history with eight assists in a single game.

She is a 2017 graduate of Kent County High School, where she was a triple-threat athlete in soccer, swimming and lacrosse.

ST. MARY’S CITY — Junior right-hander Tyson Johnson of Rock Hall appeared in eight games with six starts for St. Mary’s College of Maryland this spring. Johnson (2-3) was third on the team in strikeouts (20) and innings pitched (33 1/3).

Johnson was a four-year varsity letter winner in baseball at Kent County High School, where he was the team most valuable player three years in a row.