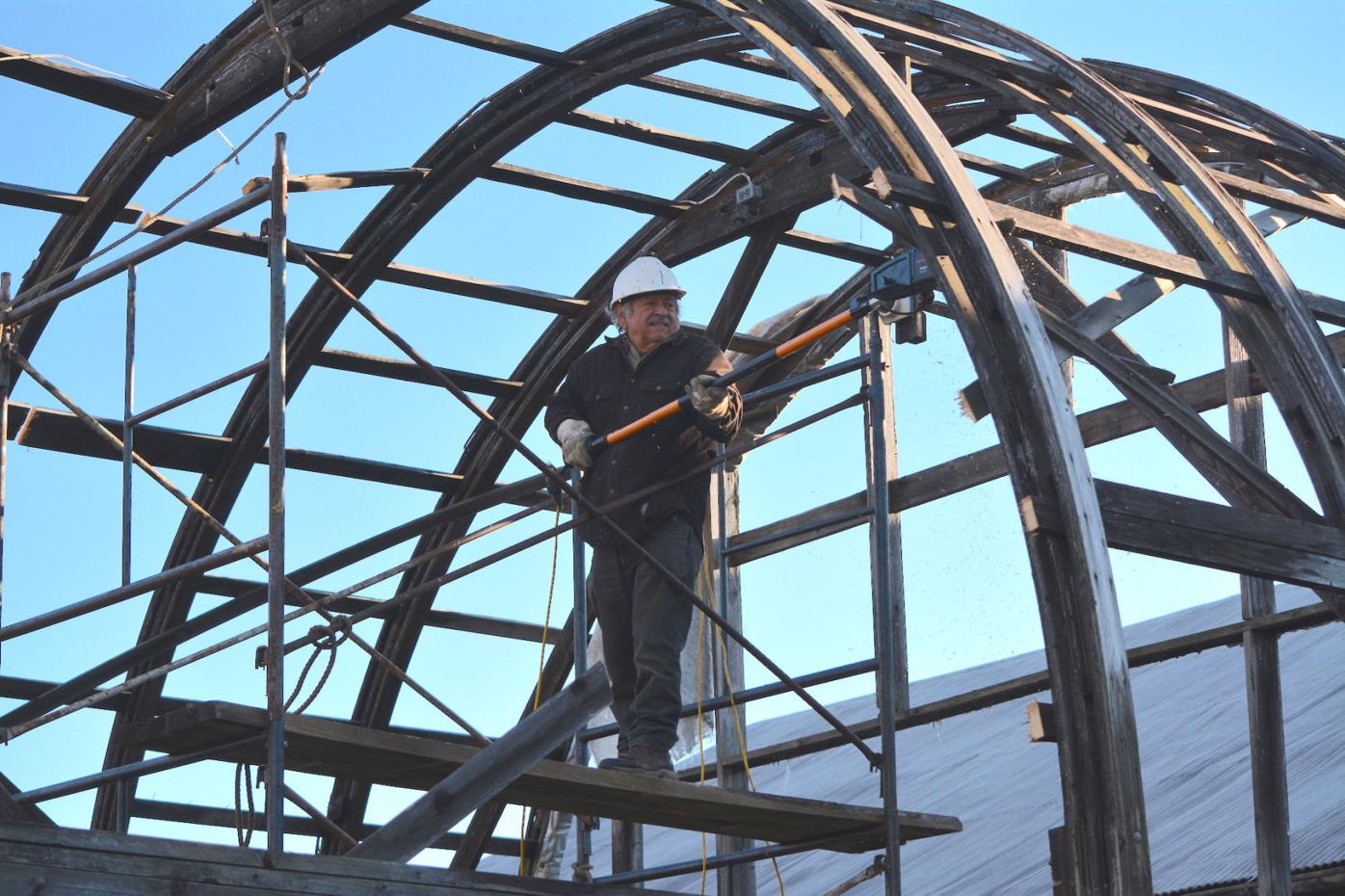 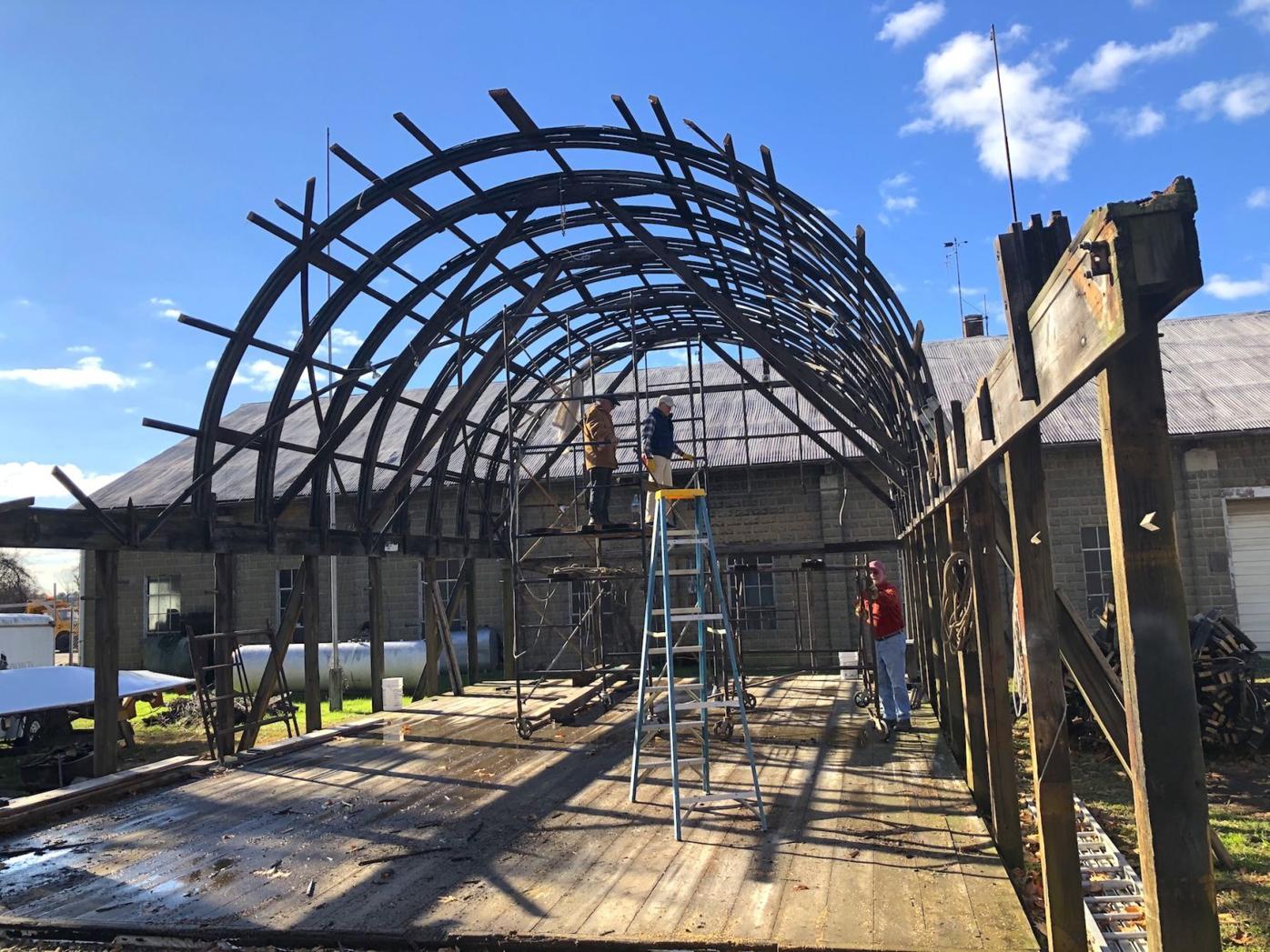 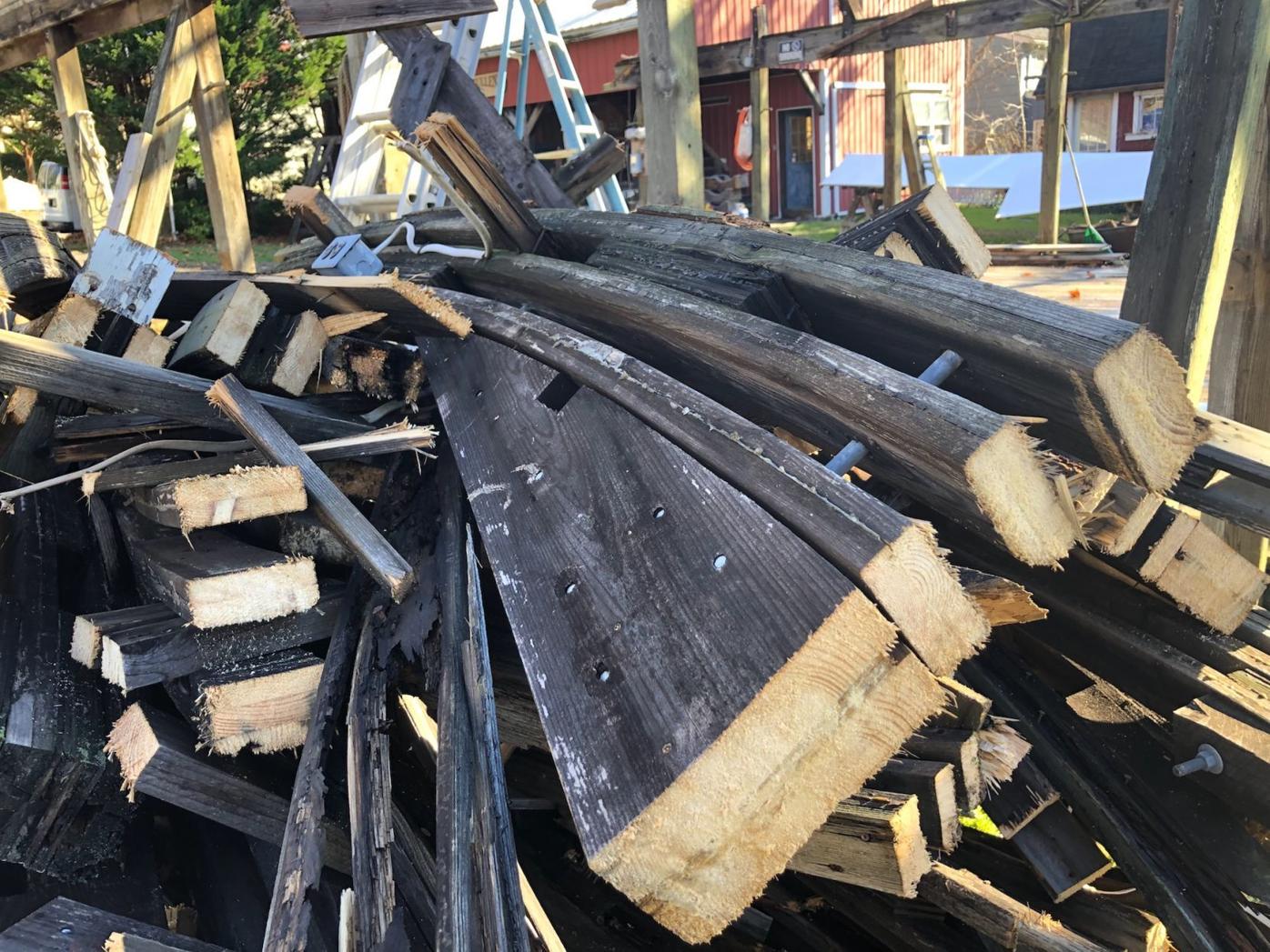 Wood scraps are piled in the Sultana Education Foundation’s boatyard as the shed in which the namesake vessel was built is torn down. 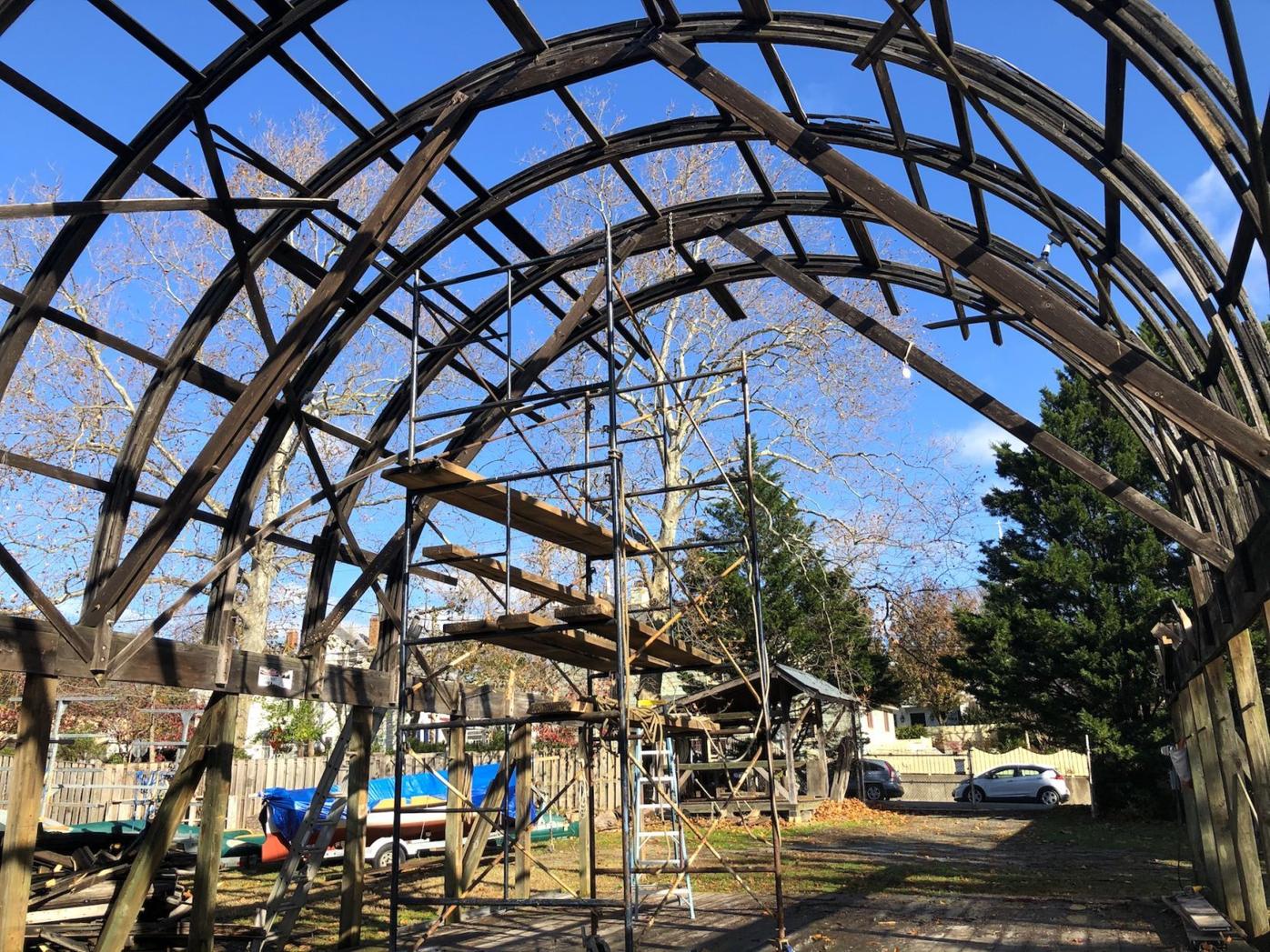 This boat shed served as the birthplace for Sultana some 20 years ago. Sultana Education Foundation is taking down the shed that President Drew McMullen said has reached the end of its useful life and has become a safety hazard. 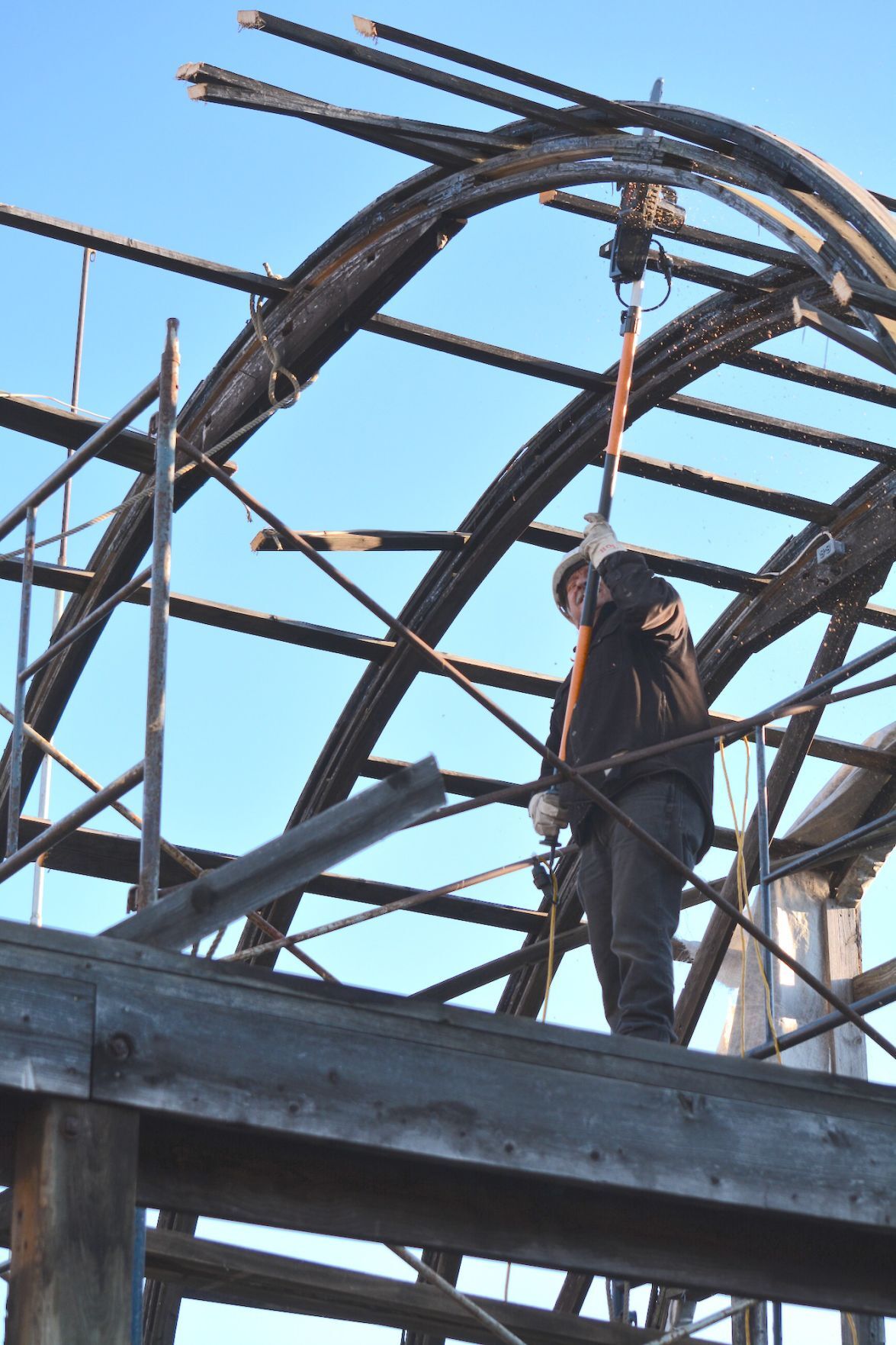 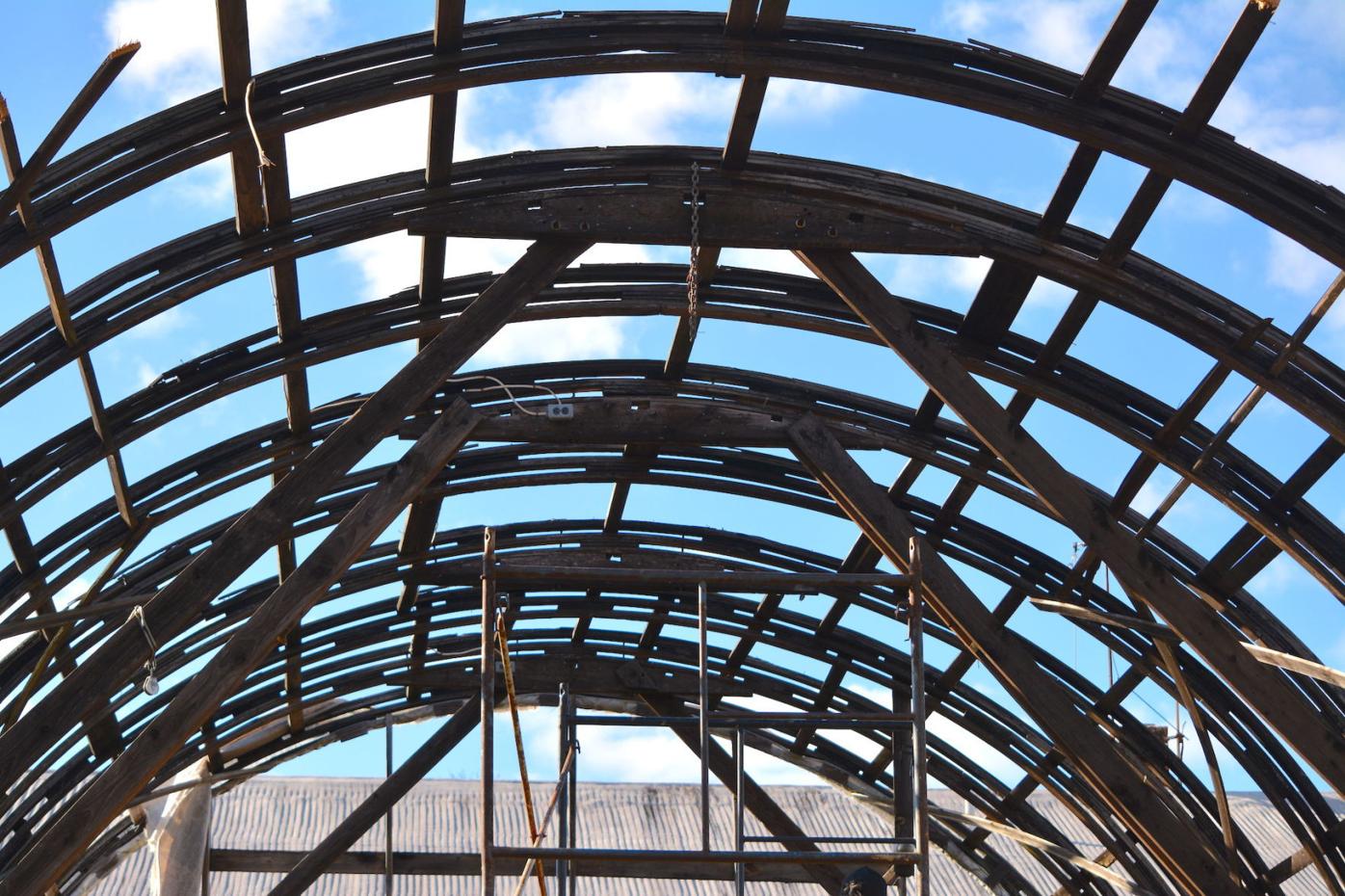 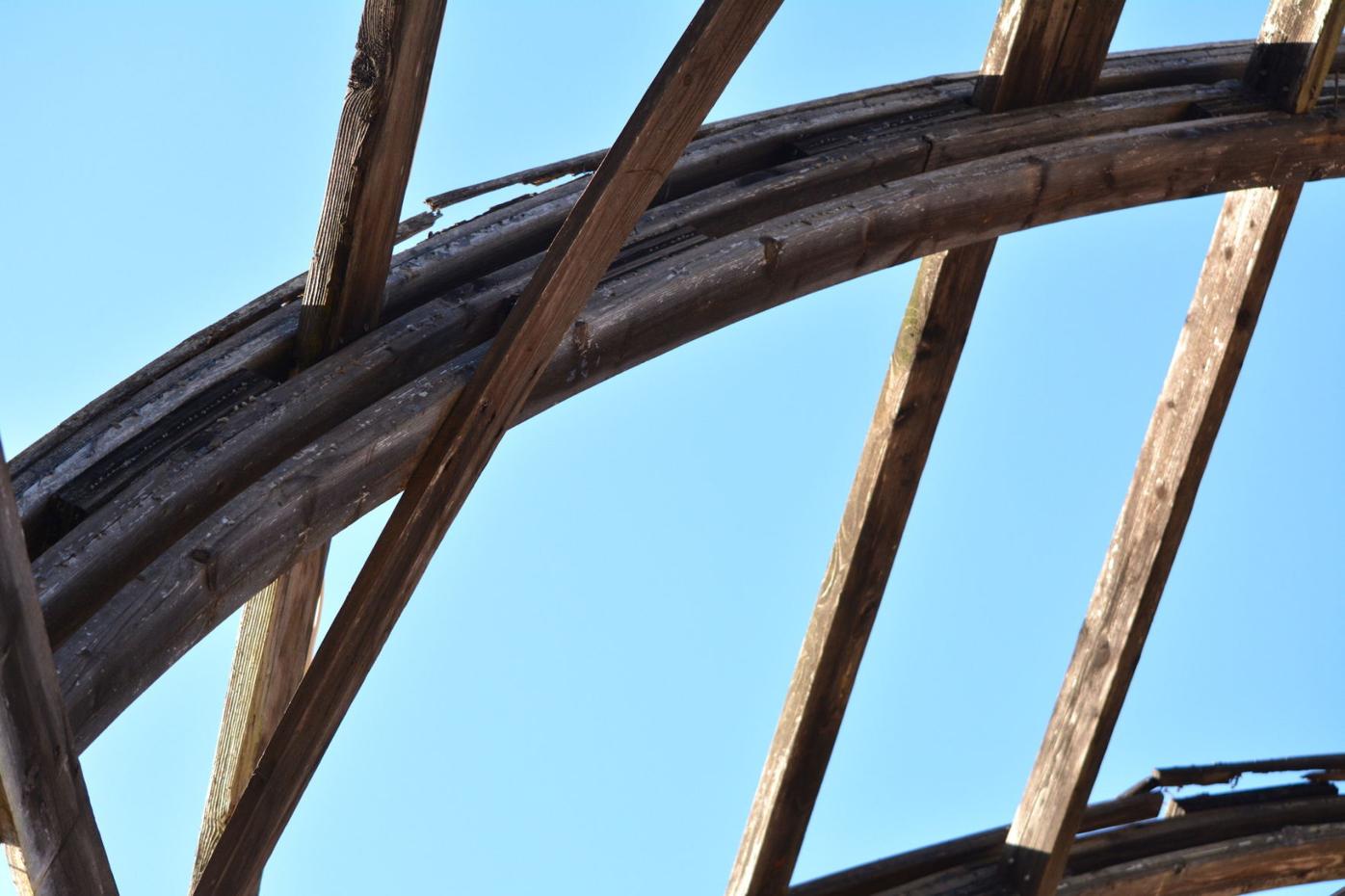 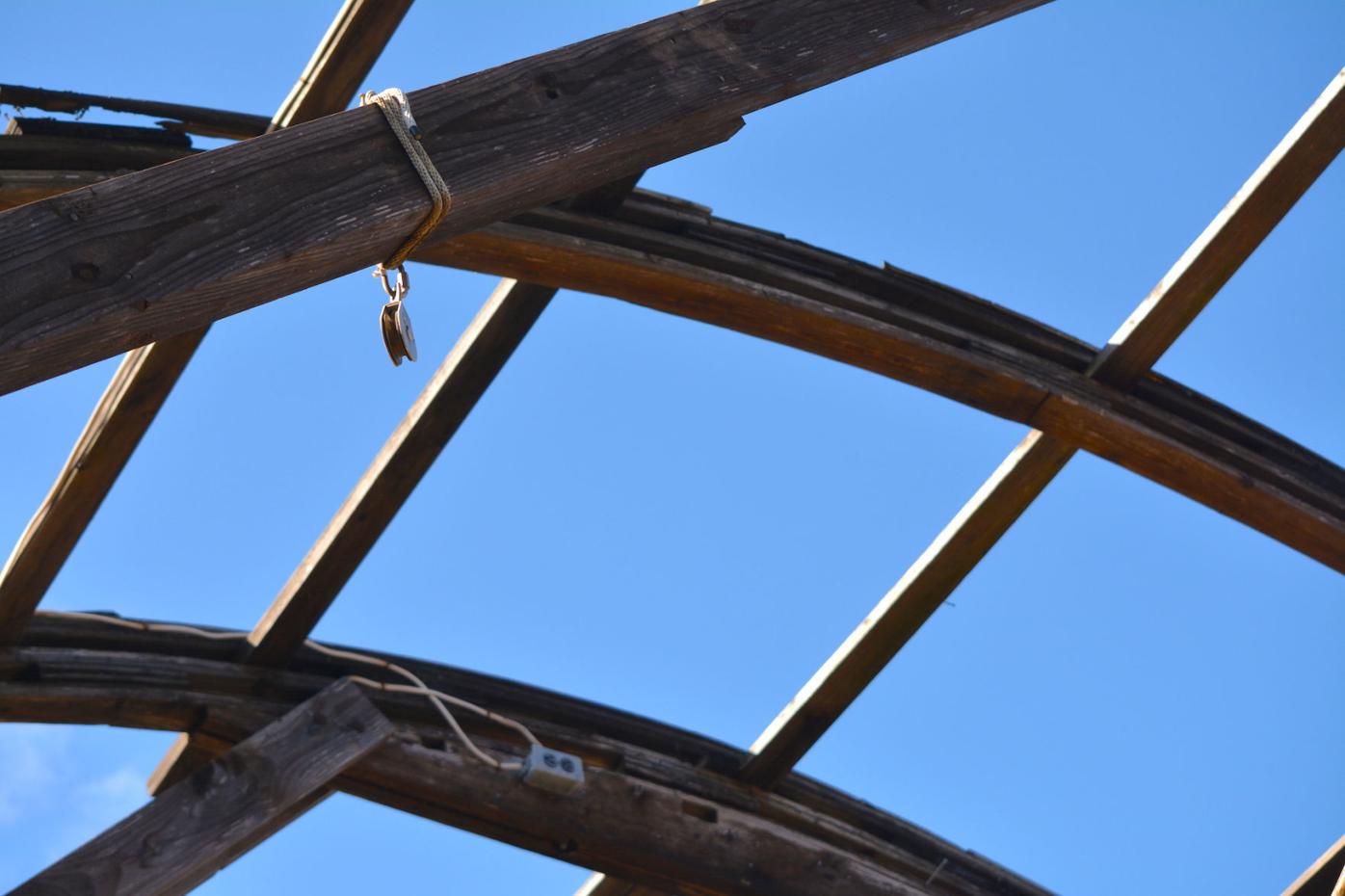 Wood scraps are piled in the Sultana Education Foundation’s boatyard as the shed in which the namesake vessel was built is torn down.

This boat shed served as the birthplace for Sultana some 20 years ago. Sultana Education Foundation is taking down the shed that President Drew McMullen said has reached the end of its useful life and has become a safety hazard.

CHESTERTOWN — The building where it all began for Sultana is coming down.

The boat shed on the property at the corner of Cannon and South Mill streets was being torn down this week.

Boatbuilder John Swain, who led the construction of Sultana, said the structure was supposed to be up for three years while the replica 1700s schooner was built. The wooden hoop shed on the boatyard stayed up for more than 20 years.

Swain designed the shed. He took a couple of stabs at it before settling on the final design, which he said turned out to be really good for deflecting wind.

“It feels funny taking it down now,” he said Monday morning, Nov. 23 standing at the gate to the boatyard.

Drew McMullen, president and co-founder of Sultana Education Foundation, said in a phone interview Nov. 23 that the boat shed was coming down due to safety issues. He also joked that he did not see it being put to its original use again any time soon.

“The boat that John built us is in such excellent shape, I don’t expect us having to build a boat again for a really long time,” McMullen quipped.

McMullen said the boat shed was the second structure built at the site when the Sultana foundation launched. The first was small red workshop.

“It’s sad to see it go,” McMullen said of the boat shed. “There’s a lot of history there. It certainly pulls at your heartstrings to tear it down.”

Joining Swain on Friday, Nov. 20 and again this week in the demolition effort were Johnson Fortenbaugh and Dominic Dragotta. Dragotta had been one of those who helped build the shed.

Swain said the arches were made on site with wood was laminated for strength.

Though some of the wood used in the arches has since rotted, Swain said the arches were strong enough to help support moving Sultana’s engine into place. He said the rest of the boat was then built around the engine.

Swain said it took two and a half years to build Sultana with a volunteer corps. He said the idea was to set a pace that could add an educational component to the effort.

He got the idea from visiting Holland and seeing a similar boat-building project that was being worked on over 13 years.

“We purposefully slowed it down because we wanted to do education,” Swain said of the project. “You get a little more bang for the buck when you do that.”

That added “bang for the buck,” Swain said, is additional community support for and engagement with such a project.

McMullen said the Sultana foundation continues to use the property to support its paddling programs. With the foundation’s kayaks and canoes being stored at the boatyard property, he said they also were taking the boat shed down to help make the site more suitable for its current use.

The boatyard property is owned by the Town of Chestertown. The Sultana foundation has leased the property since 1997 for $1 a year. In the past year, the foundation offered to purchase the property.

Questions lingered though over the terms of the state funding the town used to purchase the property in 1992. Also at issue are possible environmental concerns because the property was previously used as a vehicle site by the State Highway Administration.

The foundation withdrew its offer, giving town officials time to think about potential uses for the site.

Also, as the COVID-19 pandemic continues, the Sultana foundation has turned its focus to virtual programming.

McMullen said they have built a couple studios in the organization’s headquarters, the Holt Center on South Cross Street. He said the staff is able to provide five or six virtual classes a day to help support school programming.

“This is what’s possible right now and there’s a huge need for it,” he said. “Being a teacher right now is a tough business to be in. And if we can help a little bit, that’s what we’re trying to do.”