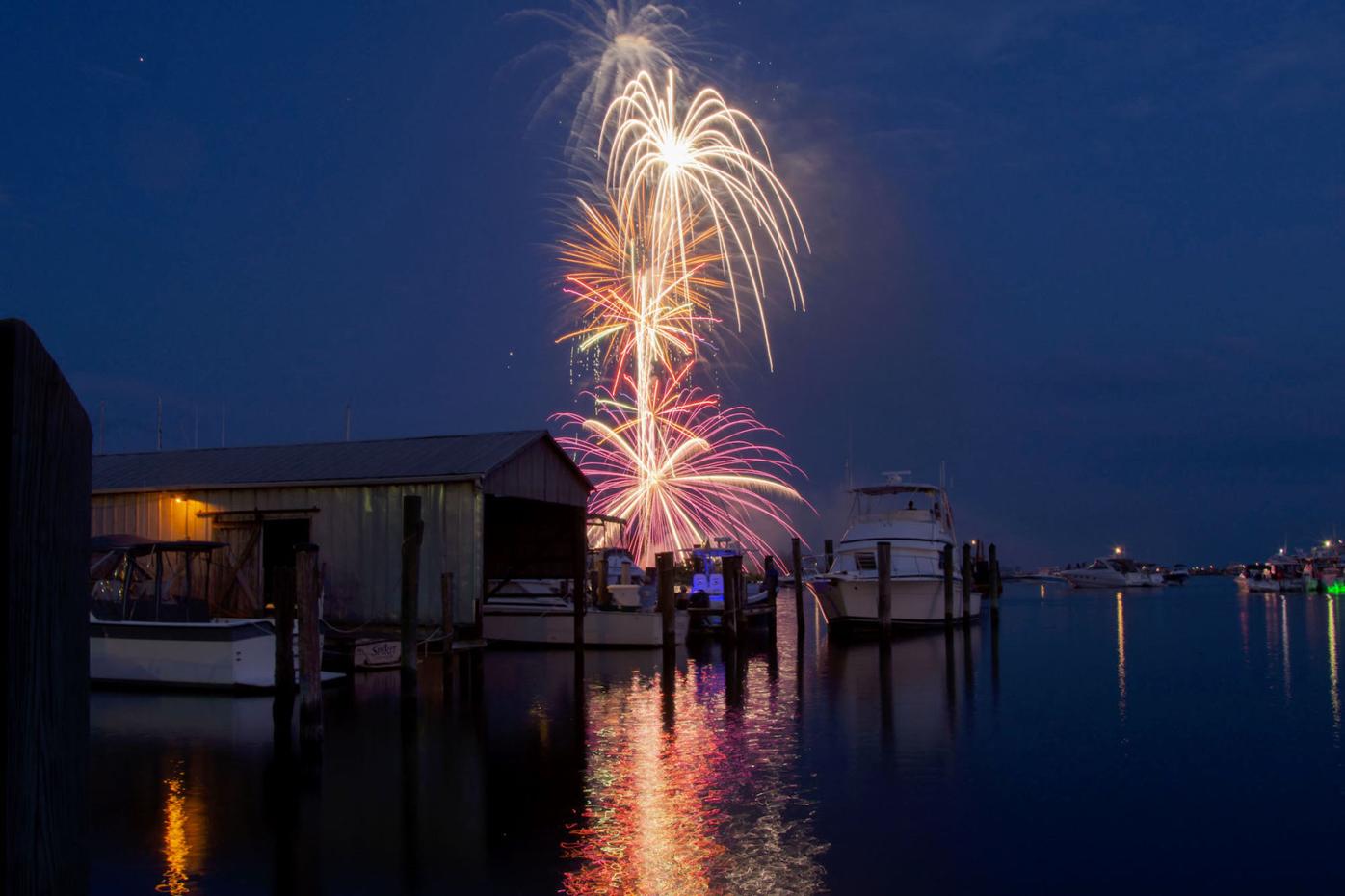 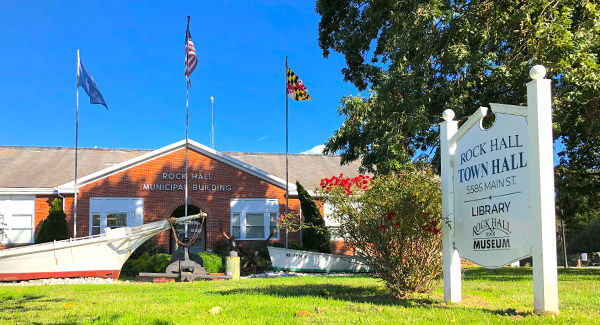 ROCK HALL — Sparks flew Thursday as the Rock Hall council and the town’s volunteer fire company engaged in a nearly hour-long debate about who was to blame in the two organizations’ deteriorating relationship over hosting a fireworks display.

As it stands, the Rock Hall Volunteer Fire Company will put on a fireworks display Friday, Oct. 30, with the rain date of Halloween night, without the explicit approval of the town council.

Instead, the council, with Councilperson Carolyn Jones absent, voted to seek legal counsel to determine what authority they have over events that use town resources but are held outside town limits, as well as what recourse the council has over events held without a permit.

Meanwhile, Vice Mayor Beth Andrews suggested that the town could impose a $12,000 fine on the fire company if they host the fireworks, however no vote was taken.

On Oct. 30, drivers are invited to park at the county-operated bulkhead to view the fireworks display, which will serve as a replacement for the fireworks typically held around the Fourth of July as part of the town’s celebration of the holiday.

This year’s Fourth of July celebrations — a parade, baby beauty contest and fireworks display — were canceled or moved to a virtual format due to the ongoing COVID-19 pandemic.

Since a new panel of council was established after the May 2019 election, they have been working toward creating and enforcing a formal permitting procedure for hosting events in town limits. In Andrews’ words, said during the Thursday meeting, Oct. 8 the previous format for hosting events was a “wink and a nod.”

R.J. Dowling, president of the fire company, previously presented the idea to the council of hosting fireworks during a Sept. 28 workshop meeting. At that time, he was asked to consider further postponing the display because concerns over COVID-19, lack of formalized plans for enforcing social distancing efforts and due to the fireworks being held on Halloween night.

Police Chief Bill Dempsey expressed concern during both the Sept. 28 workshop and Thursday’s meeting that his staff would not be able to adequately handle the amount of people who might come into town.

The argument is reflective of a discussion council members had last month when a boat parade was held in Rock Hall Harbor without the approval of the council. Councilperson Eleanor Collyer and Andrews shared similar apprehensions Thursday when Dowling called into the town meeting to discuss hosting fireworks.

Both Collyer and Andrews said there was no public safety plan presented to the council.

Dowling argued the fire company had gone through all the correct processes for hosting this event as it has done with prior events. He said hosting fireworks will fulfill a promise made to people who donated for the Fourth of July events. Dowling said some donors have since requested a return of their donations.

“The firehouse has always done all the legwork. Went through all the permit processes, the insurance, the contracts, the liability, the fundraising, took the risk if the funds weren’t raised, done all the work,” Dowling said. “The town got all the credit, which we’ve been happy to do.”

While Dowling did not outline specific plans to mitigate the spread of the coronavirus, he said the fire company will “adhere to safety concerns” raised by the Rock Hall Police Department and the council.

“I don’t know what else we can do here to make this a smooth process,” Dowling said. “At this point, the board’s stance is we’ve done everything we can do and we are setting off fireworks Oct. 30 and we’ve gotten all the approval that we need for it.”

“I think that’s a matter of opinion at this point,” Collyer said.

Andrews said Dowling has “not listened to what our concerns are all along” like large crowds coming into the town during a pandemic.

However, Dowling said those concerns have been addressed to the Kent County Health Department and to the council during the Sept. 28 workshop. He said attendees will be encouraged to wear masks, watch the fireworks from their boats, cars or homes, and to properly social distance.

In an email Friday, Oct. 9, Kent County Health Officer William Webb wrote he has not seen a “written plan about the fireworks scheduled for Oct. 30th.” He said he has had “conversations” with both the Town of Rock Hall and the fire company about the event.

“Now that parades and festivals are permitted under the Governor’s Executive Orders, the Health Department has limited authority over these types of events,” Webb wrote. “Typically, we ask organizers to take responsibility for ensuring participants are social distancing during the event, wearing face coverings when they cannot, and discourage participation by those who are high risk.”

Mayor Dawn Jacobs advised the council against “destroying” the relationship between the town and fire company. She said “things are shifting” in terms of the pandemic so festivals and parades are safe to be held.

“Large crowds coming to our town are now allowed,” Jacobs said. “We don’t have the leverage as a governing body to say that you can’t do this for that reason.”

Collyer said the COVID-19 cases within the Rock Hall ZIP code have been increasing recently.

According to statistics provided by Webb, on Aug. 23, COVID-19 cases totaled 165 in the Chestertown-area ZIP code while there were 16 total cases in the Rock Hall-area ZIP code.

Deepening the fissure within the council, Councilperson Tim Edwards argued the town had not shut down privately owned marinas during Memorial Day and Labor Day to lessen the spread of COVID-19. While Edwards said Andrews was “harping” on the fact that the fire company had not paid a $25 special events permit, Andrews said the permit was not as big an issue as the fire company’s lack of clear plans.

Collyer agreed, adding the fire company should not be acting in a way that severs ties with the town.

“It’s not exactly just about the permit, it’s the ability to work together for the benefit of the town and health of the town,” Collyer said.

After further disagreement among the council, the conversation turned to a discussion of exploring what legal options the town may have concerning permitted events. Collyer made a motion that the town consult with legal counsel. Andrews seconded and the motion passed with Edwards voting against it.

Edwards argued it’s a waste of money to hire a lawyer. He said the town’s infrastructure needs trump spending money on legal counsel.

However, Jacobs said the council does need to determine if they have permission to make decisions on events.

“I think the permit issue, permission issue is at the heart of this. It needs to be untangled,” Jacobs said. “‘Does this council have permission over events?’ is the question — to grant permission.”