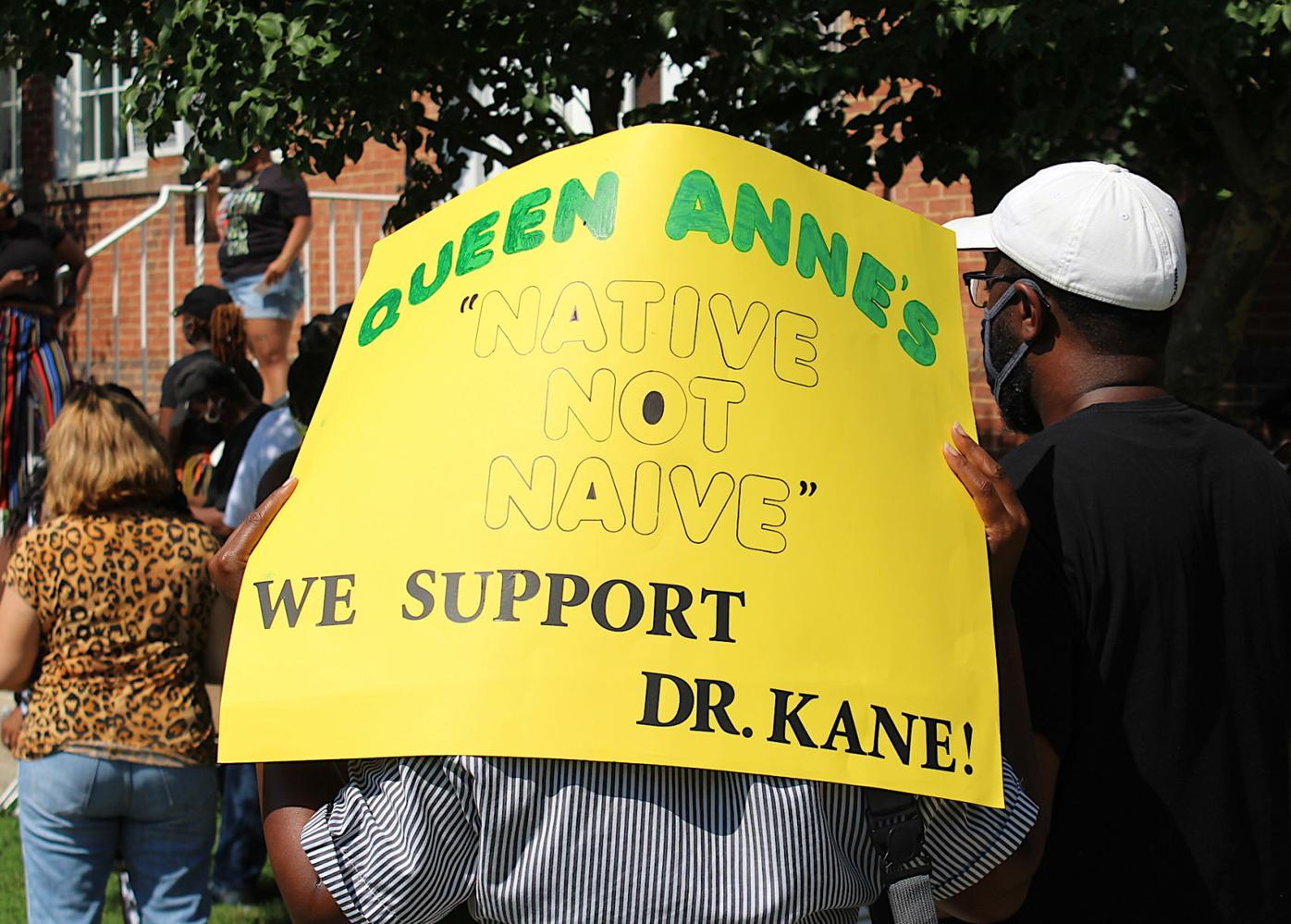 A rally for Queen Anne’s County Superintendent Andrea Kane was on the front lawn of the Board of Education building in Centreville on Aug. 9. 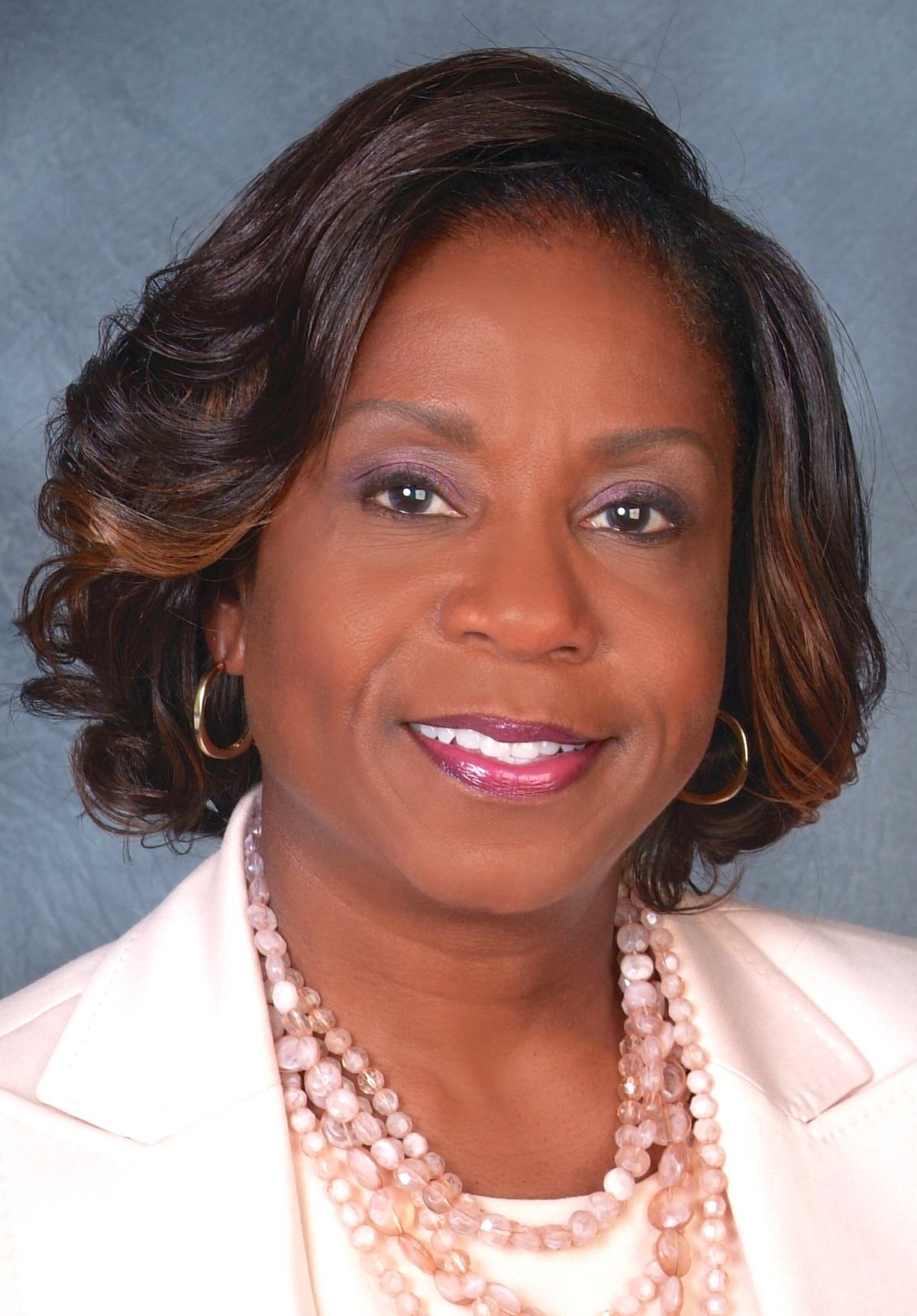 In the filing, Kane claimed the Queen Anne’s County Board of Education “created a hostile work environment on the basis of her race” and made it difficult for her to perform her job duties as superintendent. Kane said she also “witnessed disparaging remarks made towards Black people.”

The school board has denied the allegations via an Annapolis attorney representing the district.

In October, Kane took an extended leave of absence due to, she said, the board’s pervasive harassing behavior.

While Kane has resumed her duties as superintendent she will be leaving the school system in June, at the end of her term. She previously announced that she would not be seeking a contract extension.

A Queen Anne’s County Board of Education meeting held Jan. 6 began fraught with tension as Kane thanked those who wished her well and sent words of encouragement during her recent extended leave of absence.

It was the most challenging time of her professional career, she said.

In her complaint filed with the EEOC, Kane said that prior to taking leave in October, she informed board members they should refer day-to-day matters to her. However, she learned from staff members that they had been contacted directly by various board members requesting information on various day-to-day school matters or to schedule school visits.

During the Oct. 29 board meeting, former Deputy Superintendent Janet Pauls was appointed by the board to serve as acting superintendent for the duration of Kane’s leave.

At that time, Tammy Harper, then board president, said she could not comment on the specifics of Kane’s leave.

Two days prior to Kane’s leave, Kane said Harper amended the board agenda without Kane’s knowledge to include a discussion about grants, and without notice to herself, voted to prohibit Kane from expending any CARES (Coronavirus Aid, Relief, and Economic Security) Act funding or COVID- 19 assistance without first notifying the board.

“The Board’s actions violated my statutory rights to exercise control and authority over the operations of the school system,” Kane stated.

The EEOC complaint also references an alleged 2018 incident, in which Kane said board members drew “horns, a mustache, and a goatee” on a photograph of an African-American teacher.

Other complaints made by Kane included not supporting her during the exit of former Chief of Operations Sid Pinder and potentially permanently replacing her with Pauls. Both Kane and Pauls are African American.

The board, Kane claims, also showed a lack of support for her when during the national discussion on the killing of George Floyd, she sent out an email referencing “Students Talking About Race” to parents of middle and high school students in QACPS.

In the email, Kane said she called for more dialogue on racism in the county and voiced support for Black Lives Matter, stating “[i]t’s encouraging to see Black and White people coming together in nonviolent protests against the mistreatment of and discrimination against Black people and people of color.”

Following the letter, Kane said she received some threatening emails from parents who complained that the introduction of race into the email was “somehow divisive when it was exactly the opposite.”

“I received several threatening complaints from parents in the County. One of the complaints stated that ‘[m]ake no mistake: All Lives Matter, but to express that brutal racism is undisputed in our community is patently false,’” Kane said.

She said she worried some of those threatening complaints were coming from those with white supremacist or extreme political views.

Instead of supporting her, Kane said “the Board attacked me and supported the racist actions of extremist groups,” and elsewhere in the claim, “This Board has acquiesced to the white supremacists, racists, and the threats made against me.”

Kane said Harper suggested she contact law enforcement and ask the Queen Anne’s County State’s Attorney to investigate the people who were writing the racist Facebook posts on the Kent Island Patriots Facebook page. Raising concerns about law enforcement, Kane did not report the statements.

Queen Anne’s County Sheriff Gary Hofmann said he was unaware of Kane’s concerns. He said his office has maintained open lines of communication with Kane and the school system.

Queen Anne’s County State’s Attorney Lance Richardson said he offered assistance and was willing to work with Maryland State Police. He also said he offered to send no contact letters to anyone causing direct harassment, but was not provided names or specific information.

Notwithstanding her decision not to report the threats, Kane said the board still had a responsibility to publicly condemn the attacks and support her. This lack of a public support has allowed the overt racism to boil over — and that has sadly become the default position of the board, she said.

“Outrageous treatment has been constant and continuous,” Kane said.

Burns said the board denies the charges leveled by Kane and “will vigorously defend” against them.

“Queen Anne’s County and our school system are not racist, and it is regrettable that the Superintendent has made such allegations,” Burns said.

He said the board will respect EEOC procedure and in doing so will not make any further comment on the matter at this time.

At the January board meeting, Kane said that during her absence efforts were made to dissolve partnerships with contractors who supported equity efforts. Since her return she has renewed those partnerships and schools will once again engage in practices centered on diversity, equity and anti-racism.

Giving praise to other school systems for their progress on diversity and inclusion, Kane cited a student board member from Anne Arundel County for encouraging a conversation and advocating change against overt and covert racism and whose efforts further amended language in that school system to include Black Lives Matter.

Kane was interrupted in making her statement by board Vice President Marc Schifanelli, who said an employee of the board may not legally endorse a political agenda.

Kane responded saying she has freedom of speech and was not breaking any law.

Another attempt by Schifanelli to interrupt Kane’s statement was quieted first by Harper and then by new board President Dick Smith, who was named to the leadership position that night.

Kane said she refused to let hateful and racist rhetoric cast aspersions over the accomplishments of the system under her leadership, which include building a diverse work force and the adoption of the first course on African American studies.

“This is a reminder that I will not stop speaking out about the issues of racism, injustice and inequity in Queen Anne’s County ... call it out for what it is,” Kane said at the board meeting. “I continue to pray that this community will find a path to awareness, understanding and reconciliation for the benefit of everyone.”

After Kane had finished, Smith said he took offense to some of her comments.

“I am hurt that you feel this way,” he said, adding there had been good leadership prior to Kane that he did not wish diminished. “(I do) take offense that some of your beliefs and statements do not represent Queen Anne’s County.”