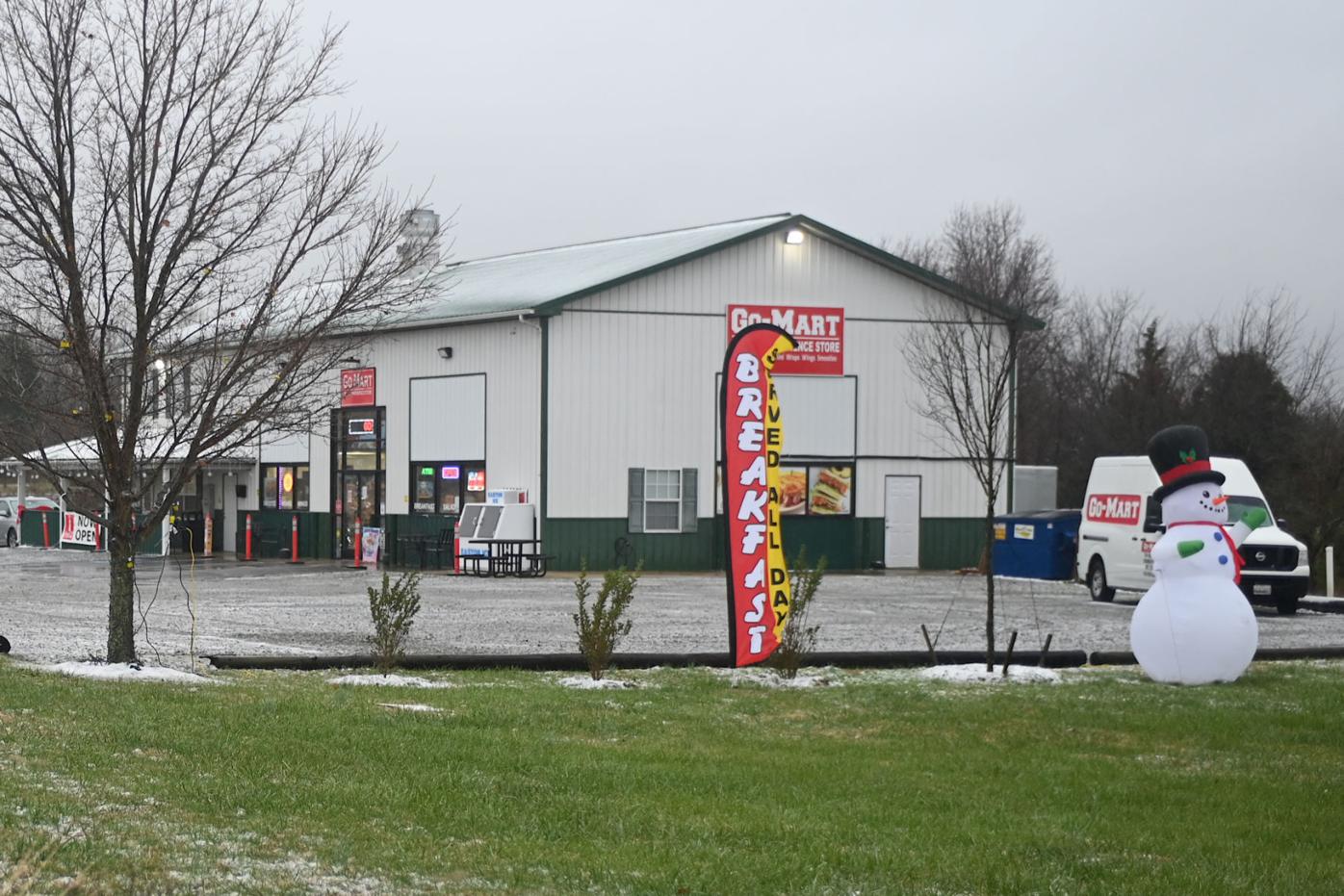 Go Mart is located at 741 Main St. in Church Hill. Formerly a garage, the new owners have transformed it into a convenience store with an extensive menu. 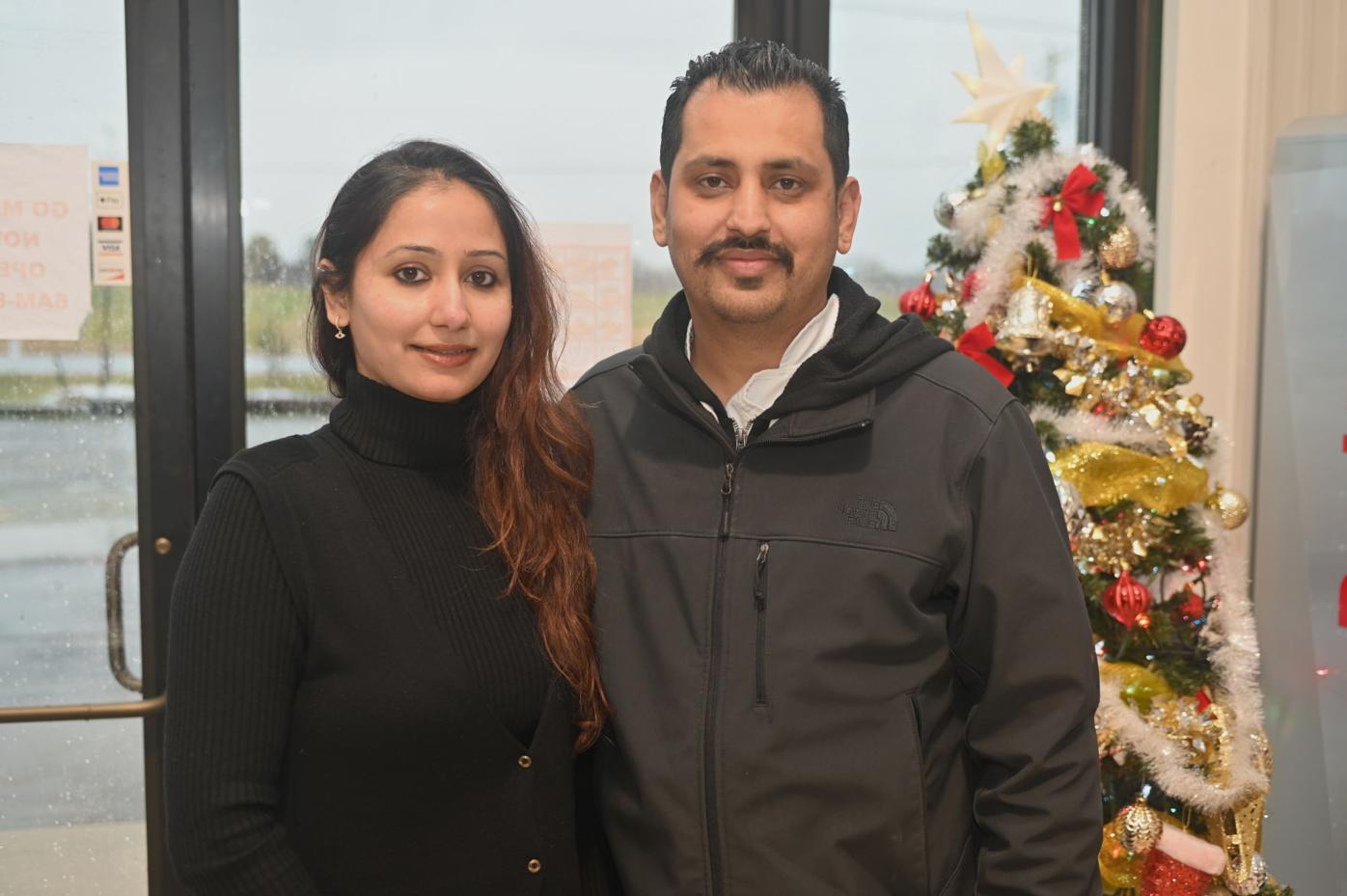 Monica and Rafi Sharma have opened a new convenience store in Church Hill called Go Mart. The store offers everything from Red Bull to burgers, BLTs to smoothies and paninis to quesadillas.

Go Mart is located at 741 Main St. in Church Hill. Formerly a garage, the new owners have transformed it into a convenience store with an extensive menu.

Monica and Rafi Sharma have opened a new convenience store in Church Hill called Go Mart. The store offers everything from Red Bull to burgers, BLTs to smoothies and paninis to quesadillas.

CHURCH HILL — A new convenience store has come to Church Hill and has taken up in the location of a recently renovated garage.

Go Mart owners Rafi and Monica Sharma divide work between them. She takes care of the front of the house, and he does the deli work in the back. They also finish each other’s sentences.

The dining menu is extensive. The menu itself has four folds. There are salads, wraps, quesadillas and paninis. There also is a rainbow assortment of smoothies.

For the first couple months of business they are even giving away fresh coffee.

This is an American dream story for these two who are from India and Queens, N.Y. Hard work and long hours are their life.

Although they live in Annapolis, they wanted more of a country atmosphere, so they leave their home at 5 a.m. to open the store at 6 a.m. They look at the long hours as an investment that will pay off.

The Sharmas said Church Hill was perfect for them, and they are excited to give back to their new community.

“This place was a mess one year ago. It’s a nice area, but this was a garage that had been here for 35 years. Before buying the property, we went to the town for a letter that we can do a convenience store here. They agreed, so we bought the property,” Rafi Sharma said.

Along with free coffee, they are also giving away a free cup of soup. This is sort of a meet-the-new-neighbors gesture.

“It is just us appreciating that you are coming in and saying hello. They can walk in the door and feel like they are coming into a family store,” Monica Sharma said.

The couple met in Queens. They are both from Delhi, a city of 18 million in India, and they both moved to New York.

“He has lived in Maryland for 14 years. He always said he wanted to move to a farm kind of area. Small town. And that is where we are,” Monica Sharma said.

They are definitely trying to offer a lot of options with their new business.

The top three sellers are the corned beef pastrami reuben, the Philly cheese steak and the Teriyaki box, which has chicken, white rice, grilled onions and green peppers, lettuce, tomato and cucumbers.

“Mostly people are excited for the food. They open the menu and say, ‘Oh wow look at the options,’” Monica Sharma said.

How did they find Church Hill?

Rafi Sharma was a manager for a satellite company and driving all over. He saw the building in 2009 and told his wife, “We are going to end up moving here.”

Monica Sharma wasn’t so sure at first. But as time went by he convinced her of the small-town lifestyle.

They wanted the community to know they were there. So, they sent a menu mailer by U.S. Postal Service. Now they are planning to start delivering food in the next few weeks.

They have one product line that you won’t find everywhere — CBD edibles.

“CBD gummies are good. A lot of people buy them. We have CBD smokes as well. They can also get smoking devices. Most people were saying that before they had to go to Delaware to get these. They are happy we are here,” Monica Sharma said.

They also have a full panoply of lottery tickets that they sell. People like to play lottery while they wait for the food.

“We make a penny on the dollar. We don’t make a big number, but it is an attraction,” Monica Sharma said.

One of their big goals is to eventually be able to move to Church Hill. They know the 41-mile commute from Annapolis is going to be worse in the summer.

“Next year we should be able to move. Relax in this nice small town and that’s it. I think in a small town people spend more time with their kids. More time to relax. More time to breathe. My daughter loves animals, so we would love to be close to a farm,” Monica Sharma said.