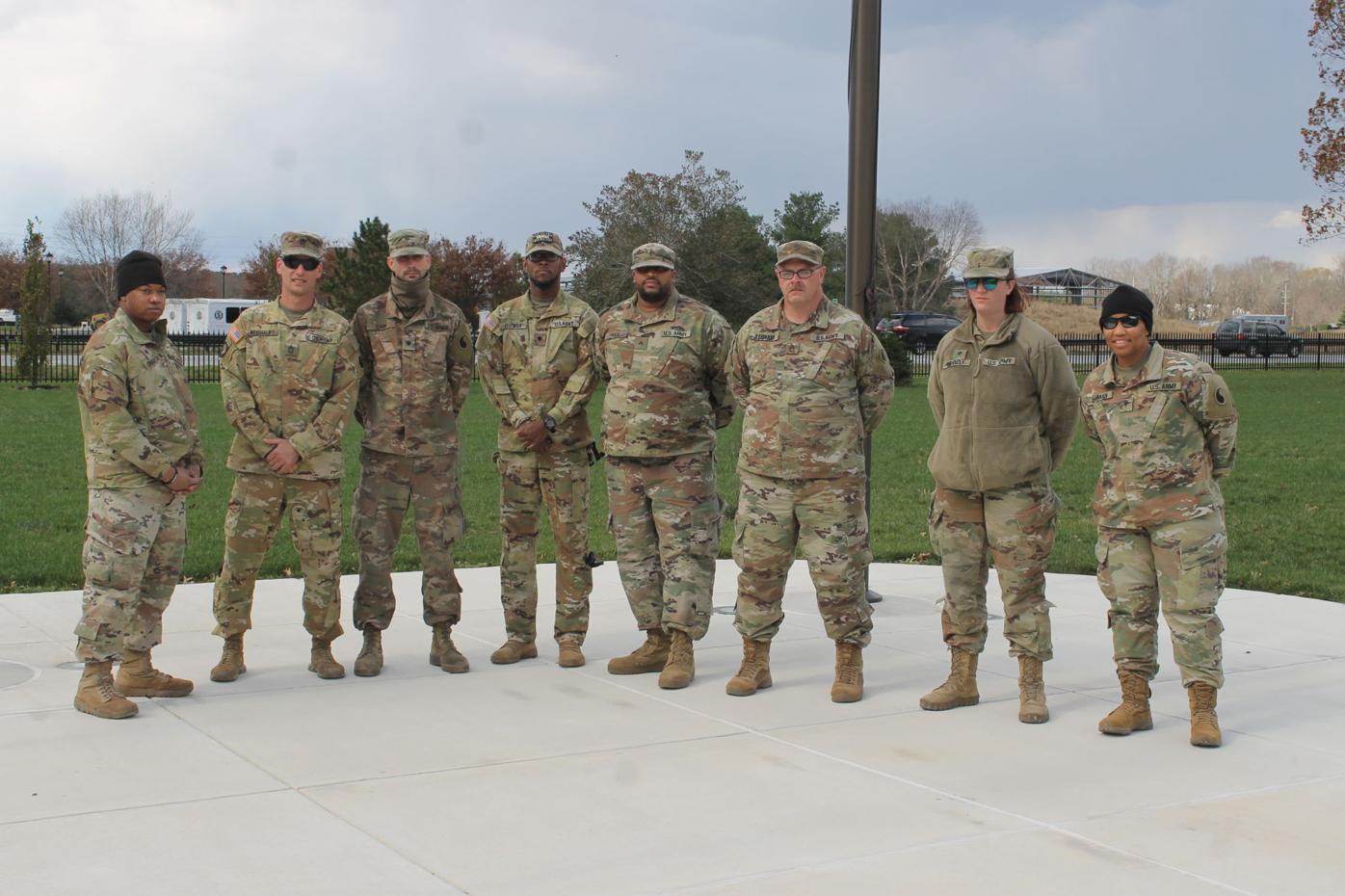 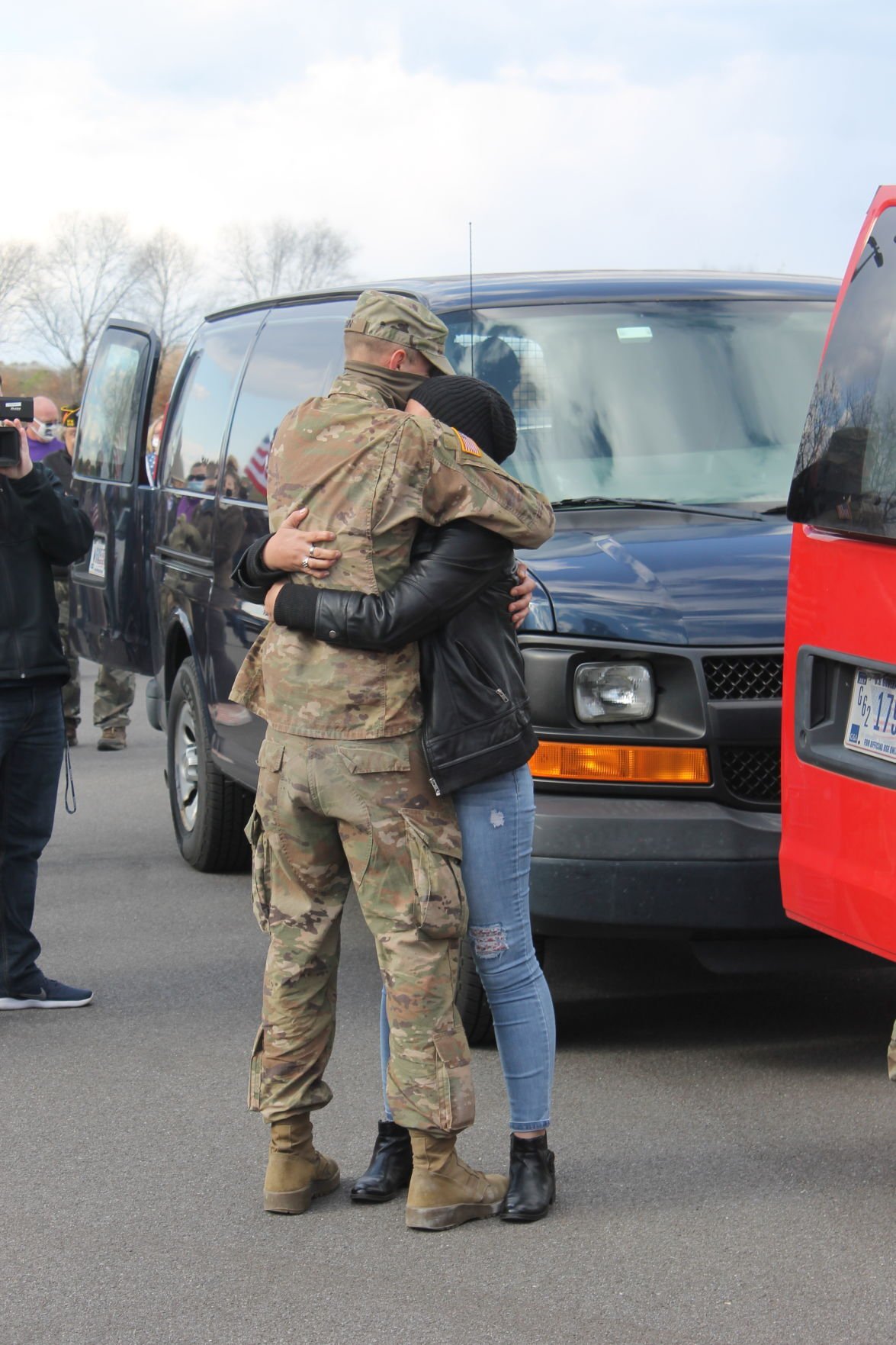 A soldier greets his loved one on Tuesday, Nov. 17 at Brigadier General (Md.) Louis G. Smith Armory in Easton. 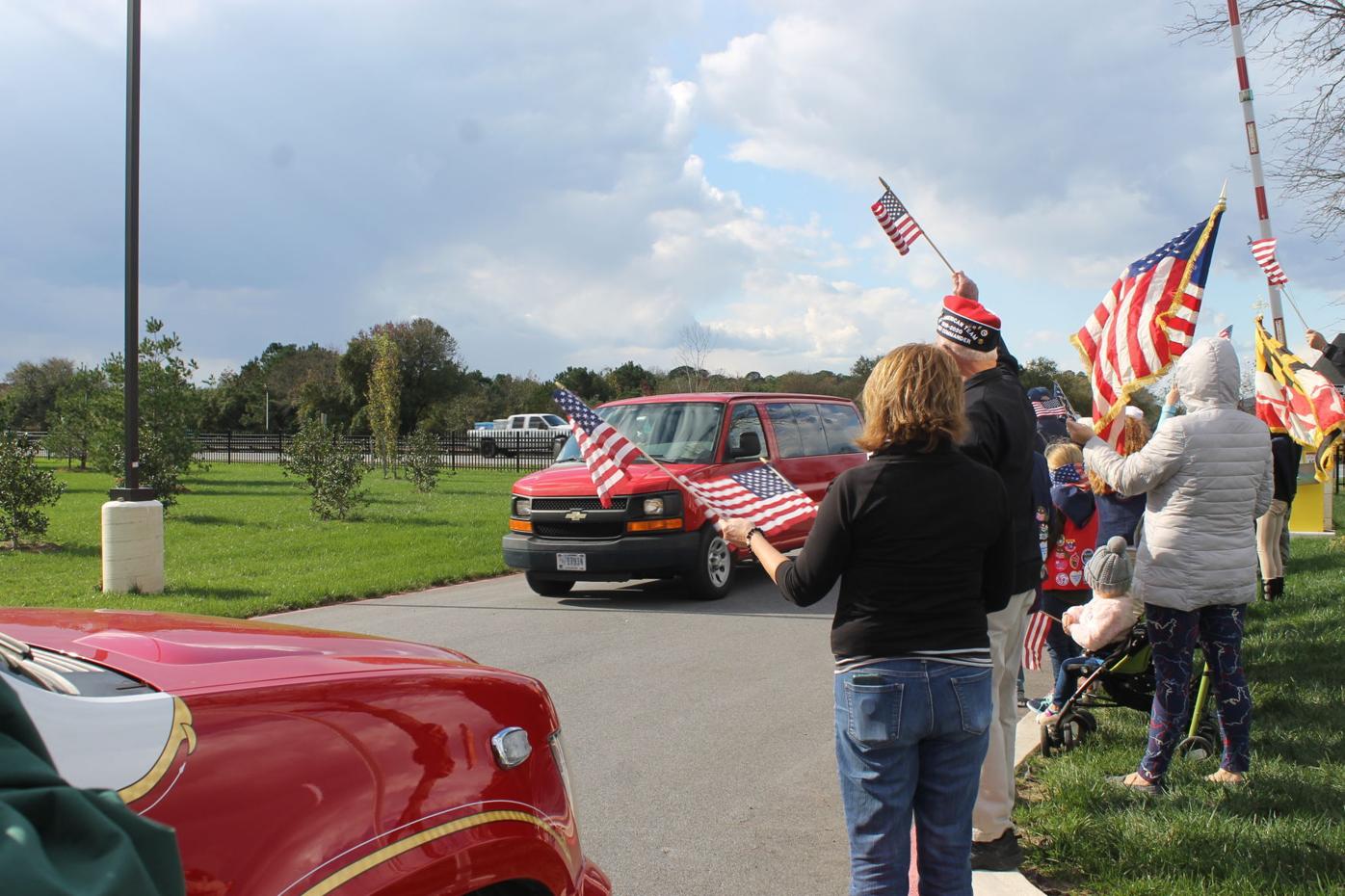 A soldier greets his loved one on Tuesday, Nov. 17 at Brigadier General (Md.) Louis G. Smith Armory in Easton.

Returning home just before the holidays was something the soldiers were excited about.

“It’s amazing,” Weishaput said of returning home in time for Thanksgiving, “Especially because we missed the holidays last year.”

While some of the soldiers were welcomed home by loved ones, others hadn’t told their families about their return, hoping to provide a holiday surprise.

“I’m glad to be back,” Creighton said. “I haven’t told them (his family) yet, it’s going to be a big surprise.”

“I am so happy to be home,” Dorman said. “I am surprising my family as well, they have no clue that I’m home.”

As part of a logistical unit, the soldiers set up and operated a Fuel System Supply Point, serving military units from four countries. Weishaupt, a platoon sergeant who oversaw the fueling operations, was proud of their hard work.

“The mission went well,” he said. “We operated the world’s largest FSSP, the first one run by the National Guard in all of Europe.”

Operation Atlantic Resolve began in April 2014, under the U.S. European Command. A statement about the operation issued by the command in 2015 reads, “The United States continues to demonstrate its commitment to the collective security of our NATO allies and support for our partners in Europe, in light of the ongoing Russian intervention in Ukraine.”

Members of the American Legion Talbot Post 70 and E.E. Streets Memorial Veterans of Foreign Wars Post 5118; officers from the Talbot County Sheriff’s Office, Easton Police Department and Maryland State Police; and firefighters from the Easton Volunteer Fire Department were on hand to welcome the soldiers home. They joined The American Heritage Girls Troop 0414, members of motorcycle clubs and friends and family to welcome the soldiers home.