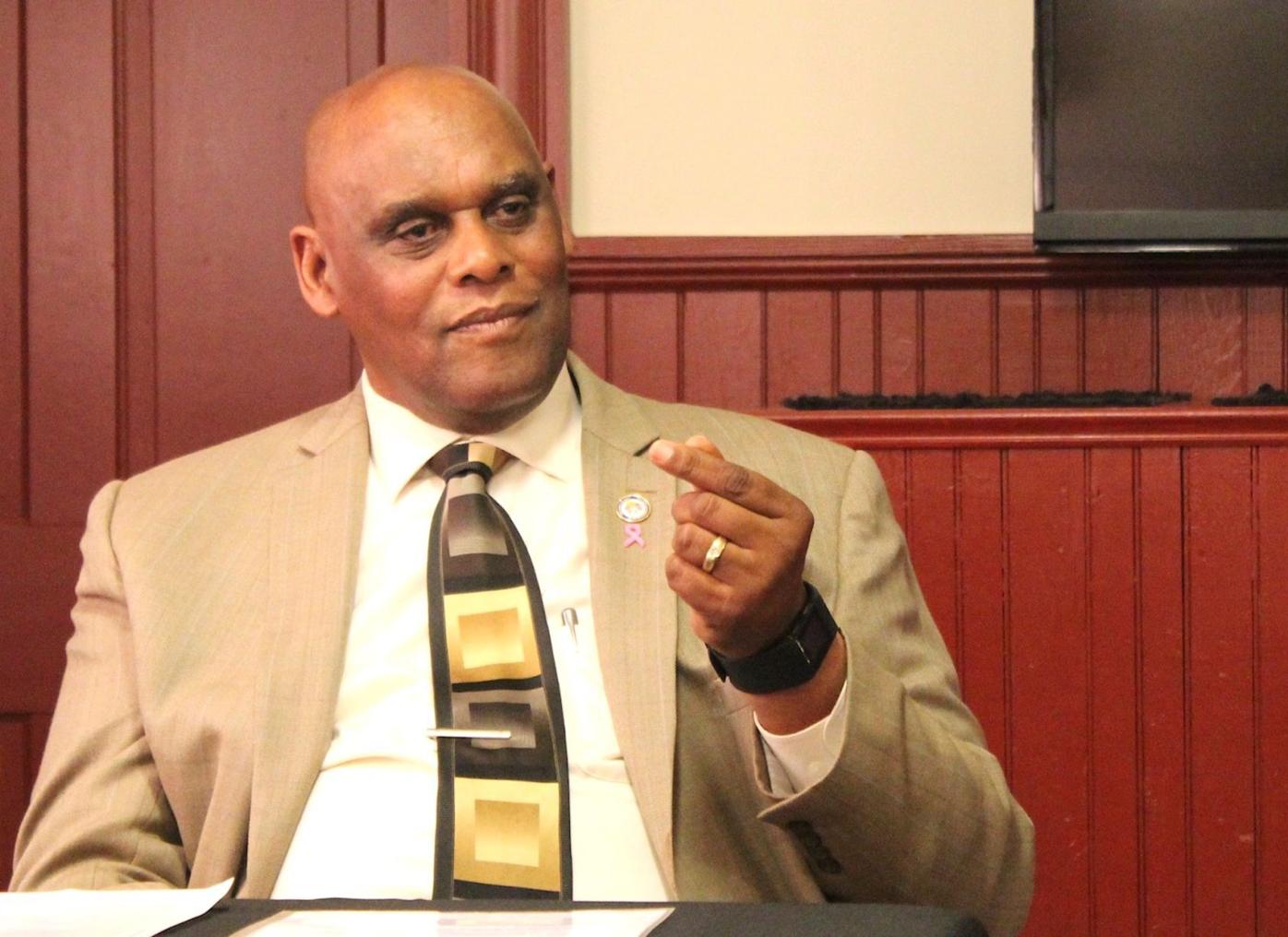 William Pickrum, former president of the Kent County Commissioners, passed away Thursday, April 15. He was 73. 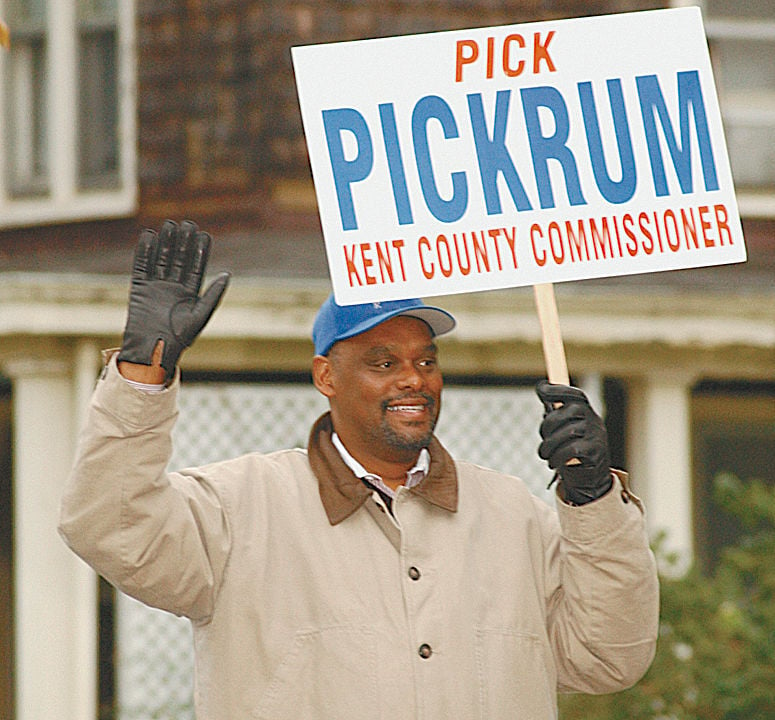 William Pickrum holds a sign during his 2002 campaign for county commissioner, which he won. He went on to serve four terms in office. 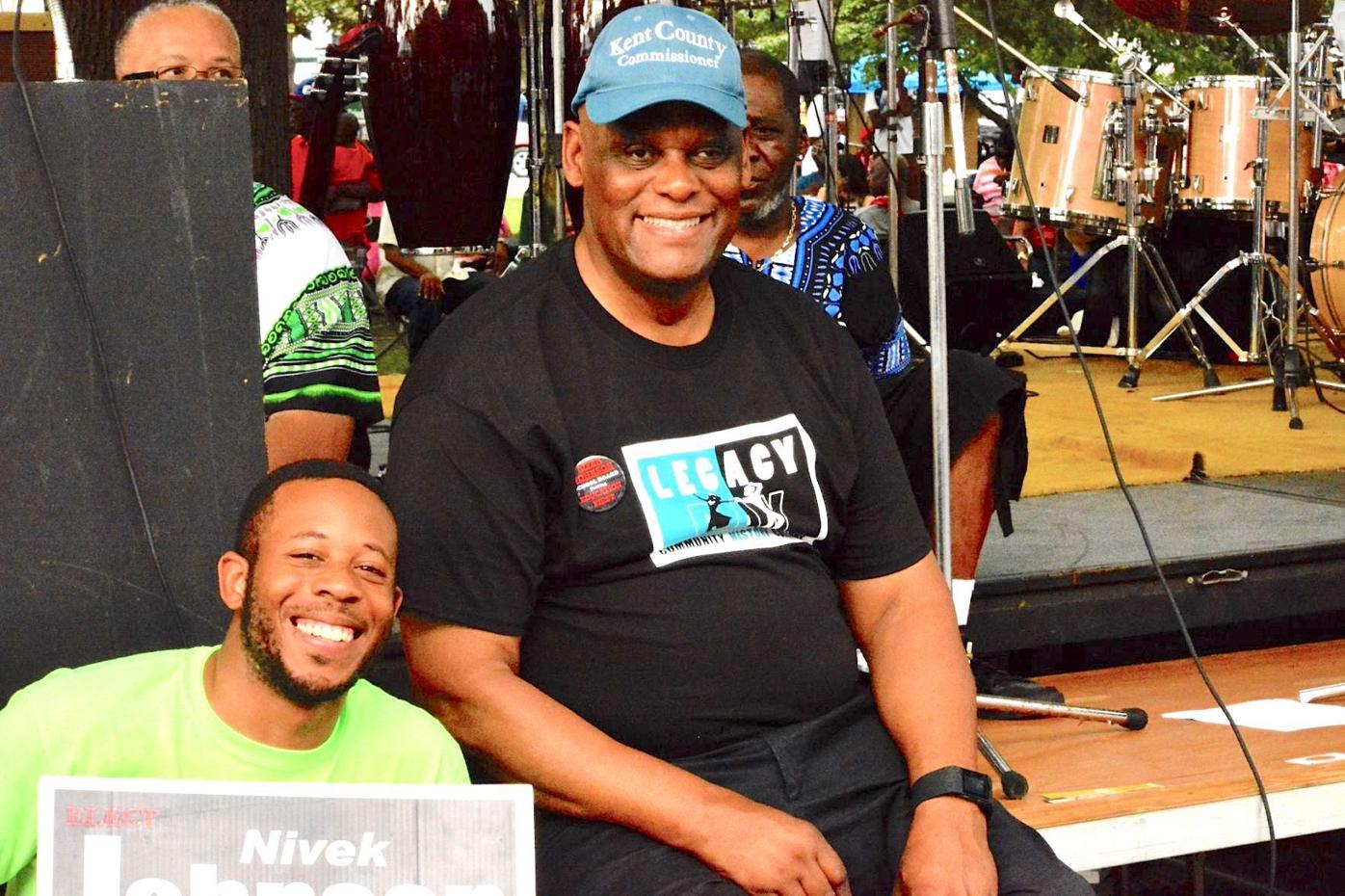 Nivek Johnson, left, and William Pickrum sit at the foot of the stage during the 2018 Legacy Day celebration. Johnson called Pickrum “a true public servant and a great friend.”

William Pickrum, former president of the Kent County Commissioners, passed away Thursday, April 15. He was 73.

William Pickrum holds a sign during his 2002 campaign for county commissioner, which he won. He went on to serve four terms in office.

Nivek Johnson, left, and William Pickrum sit at the foot of the stage during the 2018 Legacy Day celebration. Johnson called Pickrum “a true public servant and a great friend.”

CHESTERTOWN — Remembered for his efforts to expand internet access in Kent County and to increase diversity in local government, William Pickrum, who served for 16 years as commissioner here, passed away April 15.

Born in Kent County on Jan. 8, 1948, Pickrum attended Henry Highland Garnet High School in Chestertown. He studied engineering at the United States Coast Guard Academy in New London, Conn. where, he said in a 2018 interview with the Kent County News, he was the fourth African American to graduate.

Pickrum served in the U.S. Coast Guard for 22 years. He was later project manager for the Renewable Energy Education Center at Delaware State University.

A pilot, Pickrum also taught flight safety as an adjunct professor for the university.

He was a founding member, and served as treasurer, of the Democratic Club of Kent County. He was a member of several associations including the National Naval Officers Association, the American Legion, the National Association for the Advancement of Colored People and Kent County Chamber of Commerce.

Pickrum was a member of Mt. Olive African Methodist Episcopal Church in Worton.

In a telephone interview Tuesday, April 20, Commissioner Ron Fithian said Pickrum’s record of service to the county speaks for itself.

“I always thought he had Kent County at heart when he made decisions,” Fithian said. “I can’t say enough good about him.”

Fithian and Pickrum overlapped for 12 years while serving as commissioners.

Former County Administrator Susie Hayman, who retired in January 2013, remembered Pickrum for his advocacy toward young people and people of color in the county.

“What stands out to me was his deep concern for the young people of this county in terms of social and economic circumstances,” Hayman said in a telephone interview April 20. “He really wanted to increase employment opportunities, particularly for youth of color.

Pickrum was the “driving force,” Hayman said, behind the county’s paid Summer Youth Employment Program. The program sees secondary students ages 15 to 18, who are residents of Kent County, intern at county offices during the summer break from school.

Hayman also remembered Pickrum for being personable, she said.

“Even after I ceased to be the county administrator, he always sent me an email wishing me happy birthday and merry Christmas,” Hayman said, adding that he contacted her as recently as December 2020.

County Administrator Shelley Heller, who has worked for the county since 2015, said Pickrum was an “asset to our county for a long time.”

“Commissioner Pickrum was a constant advocate for diversity on our boards and within our staff, and he encouraged the same of our partner agencies,” Heller wrote in an email Tuesday. “He staunchly promoted fairness for all parties, whether it was a matter of vendors, employees or residents.”

Nivek Johnson, who is an elected member of the Board of Education, grew up seeing Pickrum as an inspiration for his own political aspirations.

“Mr. Pickrum was one of my greatest public service mentors,” Johnson said April 20. “I grew quite fond of Mr. Pickrum during his 2002 race for county commissioner when I was just about 8 years old.”

Johnson praised Pickrum for his “passion for the Kent County community.”

“He advocated for his citizens and understood how to reinvent and revitalize the county,” Johnson said. “Mr. Pickrum would remind me many times, ‘that while Kent County is small, we are powerful.’ He was a true public servant and great friend. He will be missed. My heart and prayers go out to his family.”

Tolliver noted Pickrum was the second African American to serve as commissioner in Kent County’s history.

“We the citizens of Chestertown salute you and are sadden by your loss,” Tolliver said.

Calling Pickrum a “very fascinating, important historic figure for Kent County,” former Congressman Wayne Gilchrest said Pickrum’s life — from growing up in the Jim Crow-era to serving in the Coast Guard and as commissioner — could be researched and taught in history classes.

“I think they would find it pretty fascinating,” Gilchrest said.

Saying he always considered Pickrum to be a close friend, Fithian asked that the county keep its flag at half staff in Pickrum’s honor.

“I think he certainly deserved that,” Fithian said.