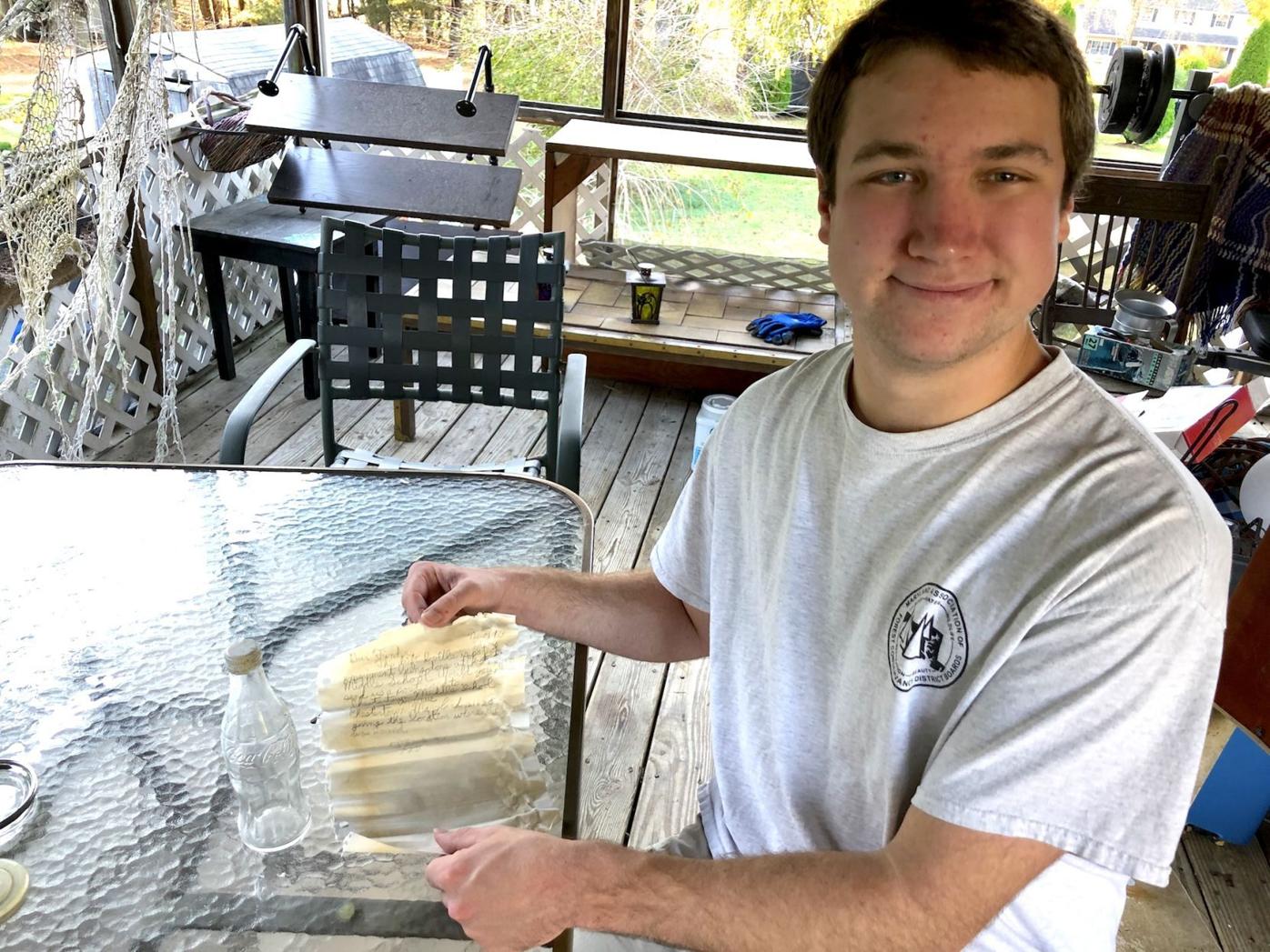 Kyle Gerson holds the message he found in an old Coca-Cola bottle from the 1970s at Still Pond Creek. 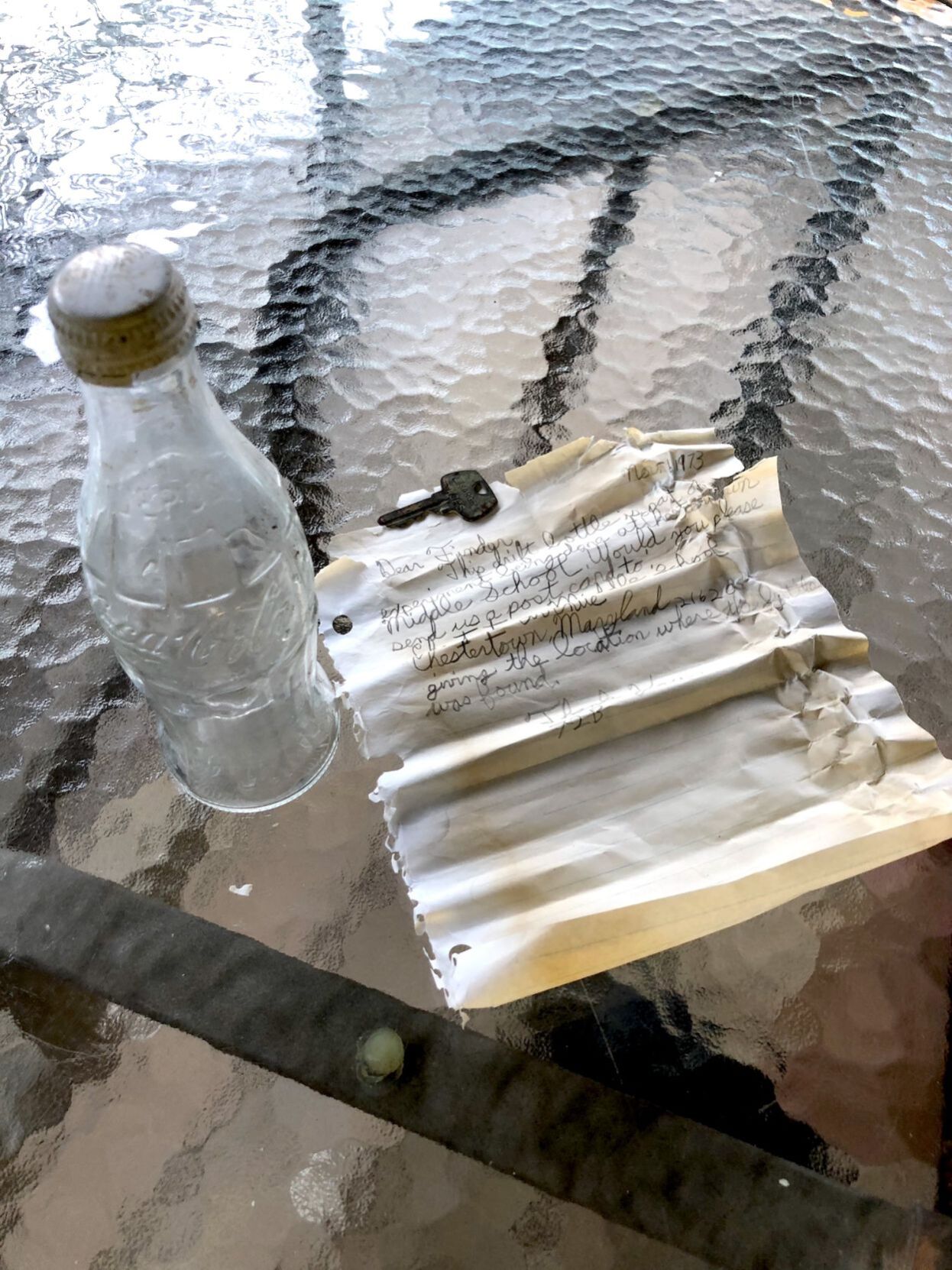 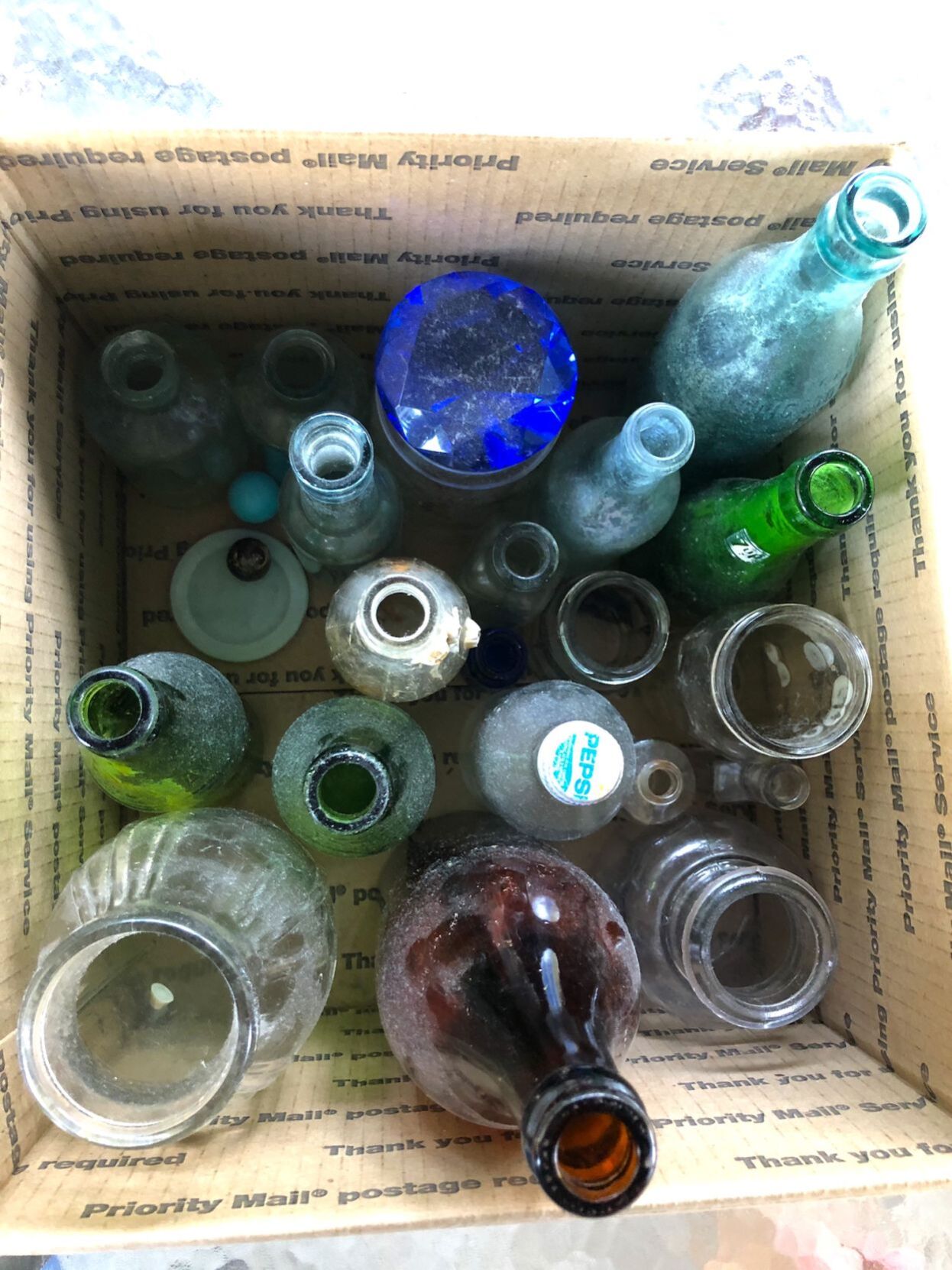 Kyle Gerson enjoys collecting old bottles, many of which he has found in the waters and muddy shorelines around Kent County. 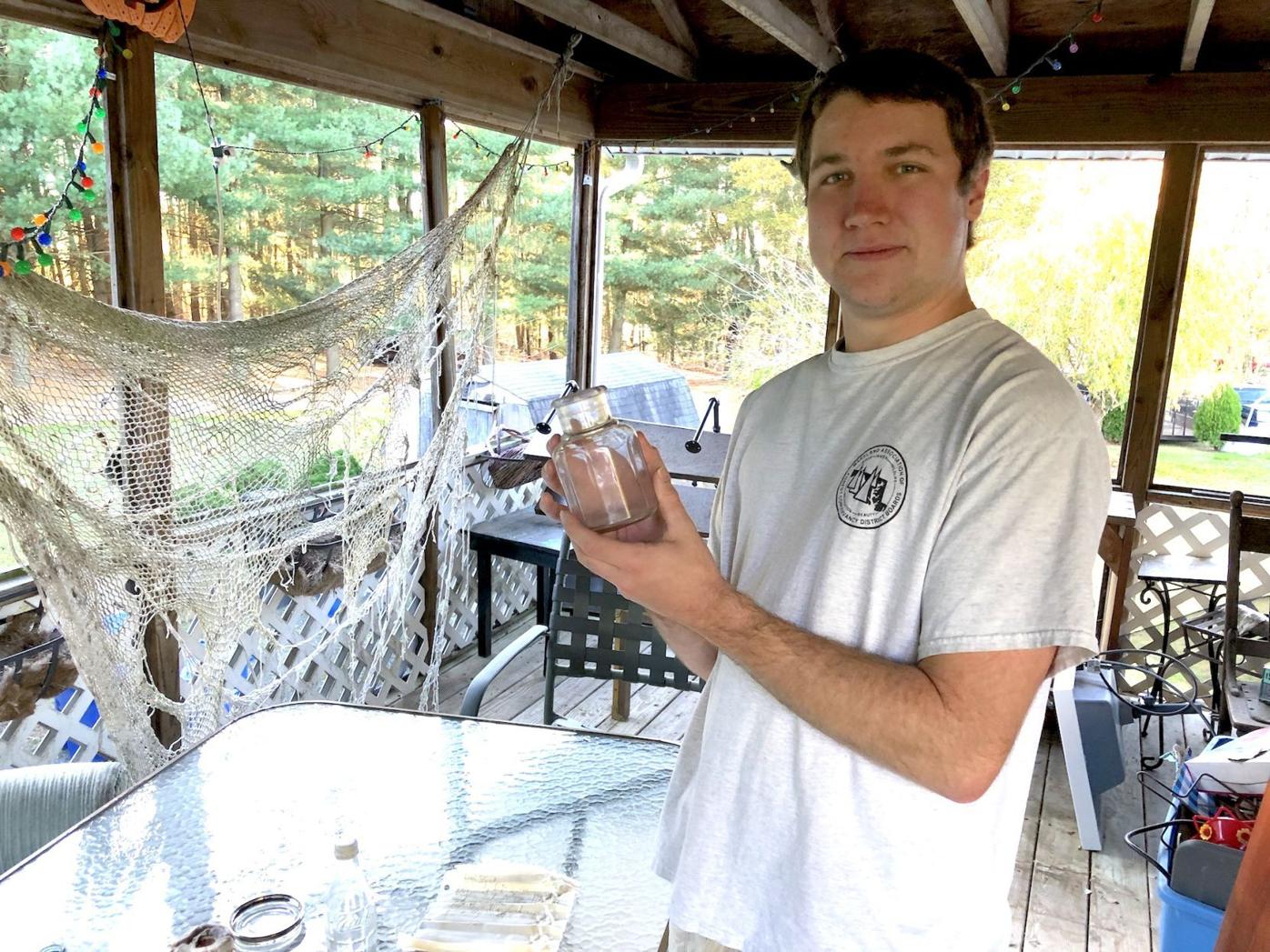 Kyle Gerson holds up a vintage bottle from his collection. He said the mustard bottle dates back to the early 1900s.

Kyle Gerson holds the message he found in an old Coca-Cola bottle from the 1970s at Still Pond Creek.

Kyle Gerson enjoys collecting old bottles, many of which he has found in the waters and muddy shorelines around Kent County.

Kyle Gerson holds up a vintage bottle from his collection. He said the mustard bottle dates back to the early 1900s.

STILL POND — The latest find by antique bottle collector Kyle Gerson might have you humming a tune by the Police.

The 21-year-old was out kayaking on Still Pond Creek Saturday, Nov. 7, when he came across a message in a bottle.

Gerson lives in the Worton area, where he enjoys spending time on the water and searching the shorelines for old bottles. He also enjoys using his metal detector to find buried treasures.

“I collect a lot of things like coins, old bottles,” he said in an interview Monday, Nov. 9. “I recently started a marble collection as well.”

What Gerson found on this particular kayak outing with his father and his brother was a 10-ounce Coca-Cola bottle from 1973.

“One bottle I found dates back to the first or second decade of the 20th century,” Gerson said.

But the message contained within made this Coke bottle a special find.

“So I got home and opened the bottle and retrieved the message,” he said.

“Which means when I found it on Saturday, that message had been waiting for 47 years and a day,” he said.

And what was the message? A science experiment from Chestertown Middle School.

That “7-2-B” refers to a section number of the school, not a specific room number. Ed Silver, supervisor of human resources for Kent County Public Schools, said that while many records prior to 1980 have been lost, three possible Chestertown Middle School science teachers at the time were Margie Baker, Larry Gears and John Kornick.

This is the second message in a bottle Gerson has found. The first he described as a “lover’s note.”

Gerson has become quite the expert in antique bottles. He credits the Historical Society of Kent County in helping him learn more about some of his finds, like a bottle from Cooper Brothers, a former soda company in Chestertown that he said closed due to the Great Depression.

The oldest bottle in his collection dates back to the early 1900s. He has medicine bottles, beer bottles, soda bottles and flavor extract bottles. Some were sitting in the muck or water for decades, he said. Circles remain on some of them from where barnacles had grown.

The first bottle Gerson found is likely from the 1930s. It is from the Mount Carbon Brewery of Pottsville, Pennsylvania. The company was reportedly founded in 1845 and closed in 1976.

Gerson learned how to read the date codes on bottles. He can tell you about applied color lettering printed directly on the bottles and how it wears off over time, while leaving physical imprints on the glass

“These bottles come in all different colors,” he said, going through his collection. “Most of that box is from Still Pond Creek.”

As for his metal detecting, he has turned up one of his oldest artifacts, a state militia panel plate — a belt buckle — dating anywhere from 1850 to 1865. He said they are common at Civil War sites, but the one he found was buried on his mother’s property in Sudlersville.

“It’s a design of one large star surrounded by 12 smaller ones,” Gerson said.

The Coke bottle and message are not the first artifacts Gerson has found from local schools. While metal detecting at his father’s home, where he lives, he found a key labeled “water room” for Kent County High School.

Gerson offers his metal detecting services for hire, whether it be to help someone find a lost item or to search a property for treasure and splitting the proceeds.

“I am interested if anyone in this area was wanting a guy with a metal detector or guy willing to go through an old bottle dump or something to basically search for treasure,” he said.