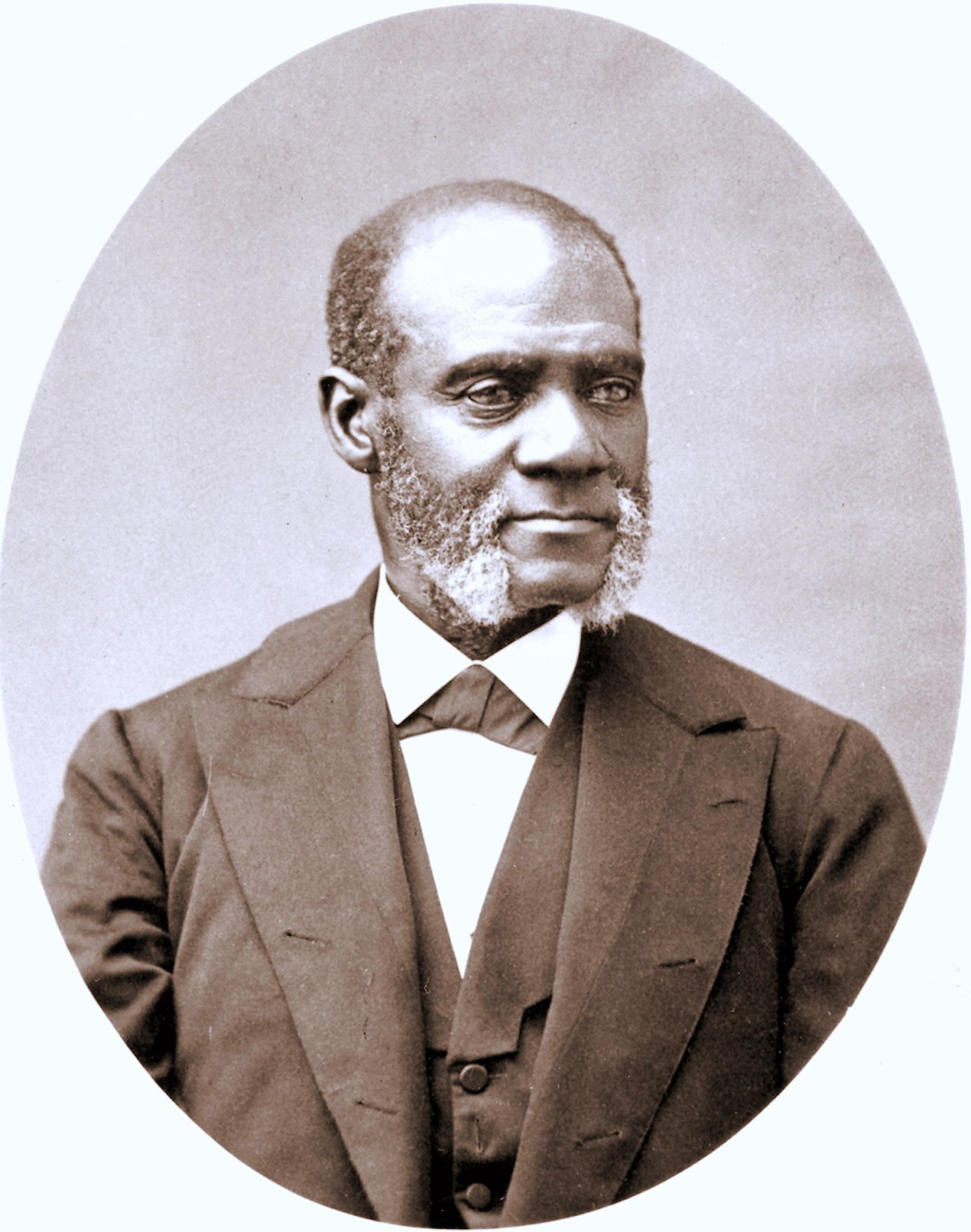 This portrait photo of Henry Highland Garnet was taken a year or two before he died by James U. Stead. 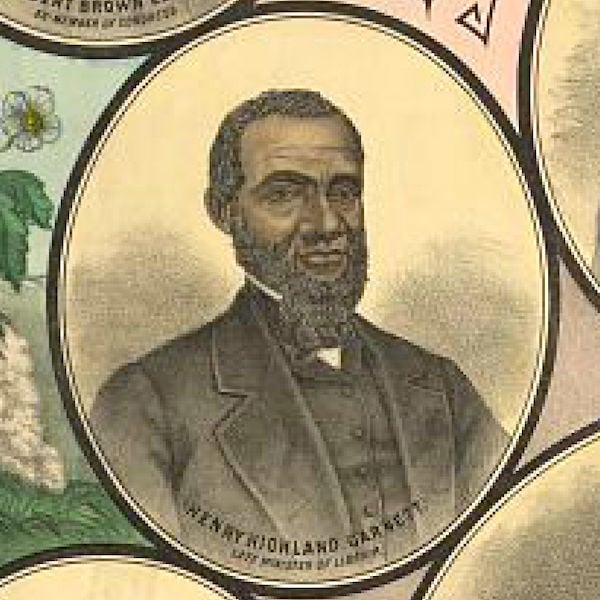 This picture of Henry Highland Garnet, which lists him as the ambassador to Liberia, was part of a larger lithograph published in the 1880s of distinguished Black men, with Frederick Douglass in the center. 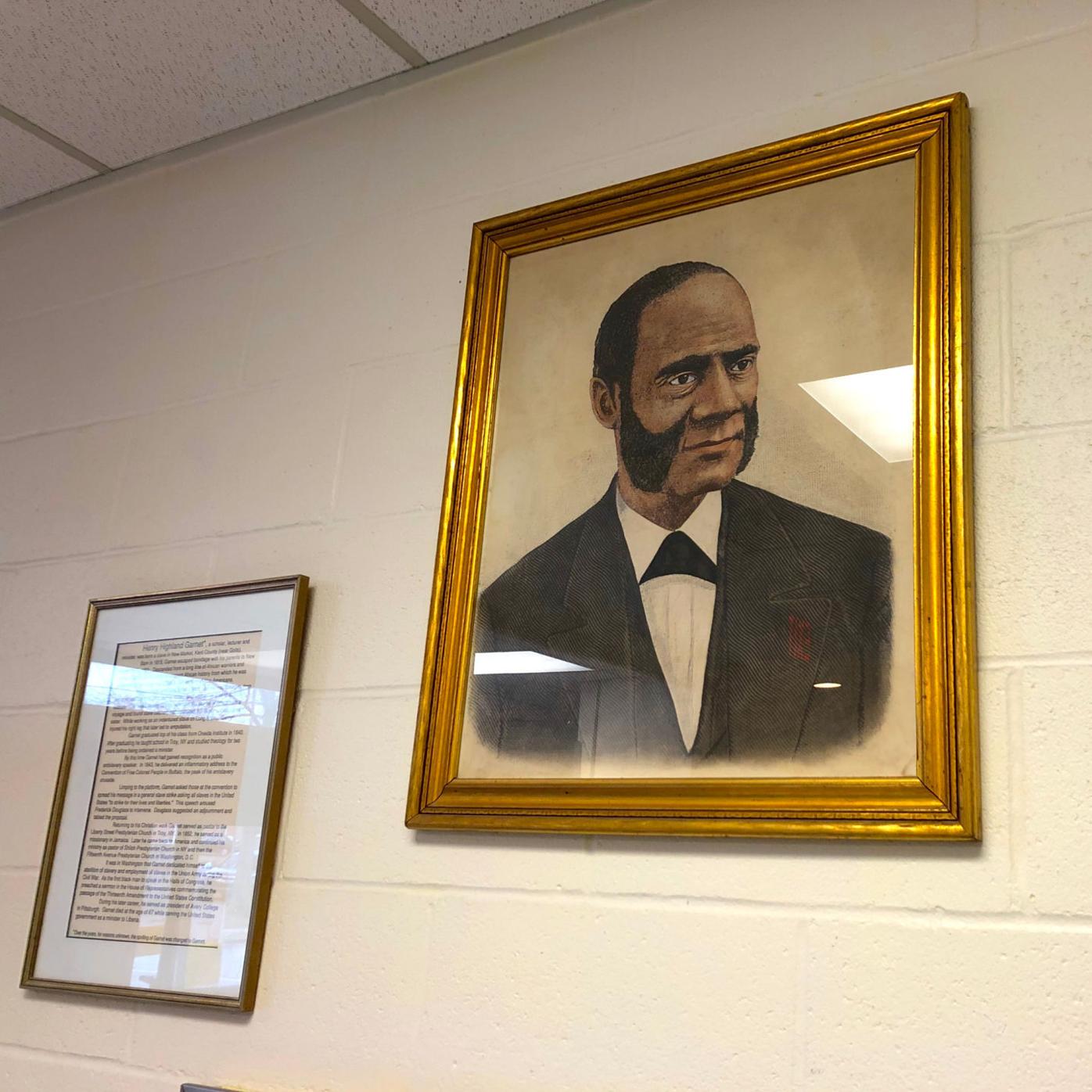 Students walk past this portrait of Henry Highland Garnet every day when they enter the elementary school in Chestertown named after him. The portrait appears to be a color reproduction of an image of the famed abolitionist and Kent County native used in the late 1800s in The Afro-American Press. Gordon Wallace moderates an online discussion about the life and legacy of Henry Highland Garnet for Sumner Hall Saturday, Feb. 13. 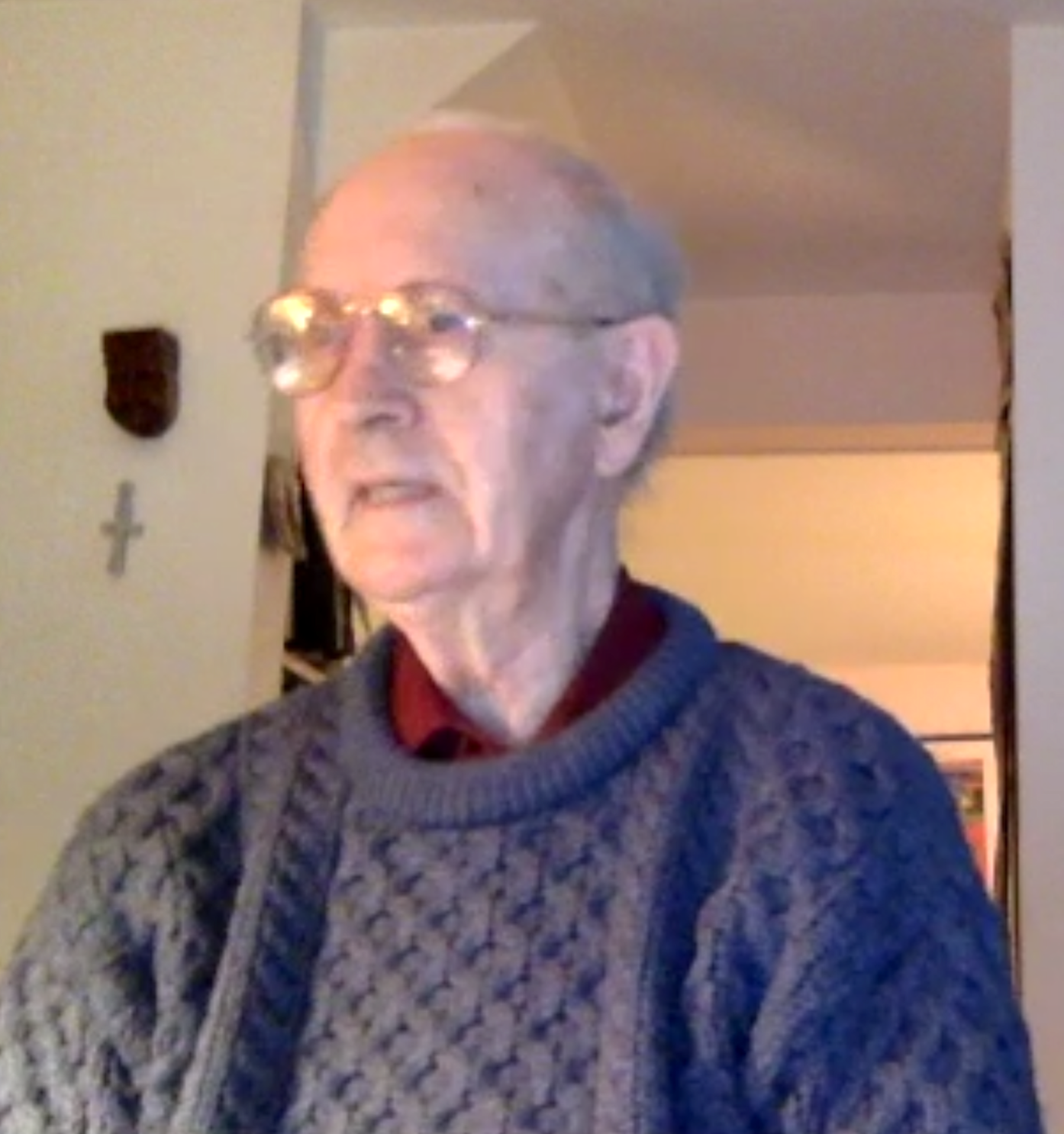 This portrait photo of Henry Highland Garnet was taken a year or two before he died by James U. Stead.

This picture of Henry Highland Garnet, which lists him as the ambassador to Liberia, was part of a larger lithograph published in the 1880s of distinguished Black men, with Frederick Douglass in the center.

Students walk past this portrait of Henry Highland Garnet every day when they enter the elementary school in Chestertown named after him. The portrait appears to be a color reproduction of an image of the famed abolitionist and Kent County native used in the late 1800s in The Afro-American Press.

Gordon Wallace moderates an online discussion about the life and legacy of Henry Highland Garnet for Sumner Hall Saturday, Feb. 13.

CHESTERTOWN — He has an elementary school named after him in Chestertown, but just how well do residents here know the story of one of the most illustrious Kent County natives?

That was a question posed Saturday, Feb. 13 during a discussion of the Rev. Henry Highland Garnet’s life held by Sumner Hall. The virtual discussion held via the Zoom teleconferencing app and livestreamed on Facebook featured George Shivers, with Gordon Wallace serving as the moderator.

Shivers, a retired Washington College professor, has authored two works on Garnet’s life geared toward younger readers, a coloring book with drawings by Zane Carter and a chapter book.

“Garnet is important to Kent County because he’s probably the most illustrious citizen that I would say ever came out of the county in terms of the national and international reputation that he achieved,” Shivers said.

In sketching out Garnet’s life, Shivers said he was born into slavery in 1815 near what is now Chesterville. His family escaped when he was 9 years old.

Shivers said when their owner died, the family was invited to the funeral, even given the use of a cart to attend. He said Garnet’s father instead took them and others in the cart to Delaware. They then made their way to Philadelphia, Pa. and on to New York.

“And from there he went on to achieve great things,” Shivers said.

Shivers said Garnet started his schooling in New York. He also took work on sailing vessels. During one of those trips, his family was found by agents of their former owner, most managing to escape. Shivers said Garnet’s sister was caught but was freed by a judge after a trial.

Shivers said Garnet was outraged but his friends convinced him to leave New York City. He said Garnet went to be an indentured servant to a Quaker farmer on Long Island. During that time Garnet was injured and a resulting infection left him using a crutch for the rest of his life, Shivers said.

Garnet continued to get an education, attending schools in New York and New Hampshire.

Shivers said his time at the New Hampshire School was short because nearby residents angry that the school was teaching African Americans hired 48 teams of oxen, had the schoolhouse dragged into a swamp and burned it. He said they also surrounded a house where students lived, but Garnet dispersed them by firing a musket out a window.

On the trip back to New York, Garnet was required to ride on the roof of the coach because African Americans were not allowed inside. Shivers said that resulted in Garnet developing asthma.

Garnet was a contemporary of another revered abolitionist from the Eastern Shore, Talbot County native Frederick Douglass.

Wallace asked about their relationship.

“Well, for a while it was very stormy because they had a major disagreement on how emancipation should be achieved,” Shivers said.

Shivers compared Douglass’ reputation to the Rev. Dr. Martin Luther King Jr.’s and Garnet’s to Malcolm X. He said Douglass initially thought the abolition of slavery and emancipation could be achieved through political means, while Garnet felt that violence was likely necessary to achieve freedom.

As the years progressed, Shivers said, Douglass started to come around toward agreement with Garnet.

Shivers also spoke about another matter that Garnet and Douglass disagreed on, the colonization movement and the idea of African Americans leaving the United States and going to Mexico or Liberia. Garnet agreed with it, Douglass did not, Shivers said.

“Garnet said slaves should do whatever is necessary to be free. And if that meant going outside the United States so be it,” Shivers said.

“At that time, Garnet was the pastor at Shiloh Presbyterian Church in New York City. And he held meetings in support of John Brown at the church and he, at one point, stated something along the lines that John Brown is a hero and he will never be forgotten and pilgrims will make pilgrimages to his grave on into the future,” Shivers said.

Garnet helped recruit African Americans to fight in the Union Army during the Civil War, first while living in New York and later after having moved to Washington, D.C. to, as Shivers put it, “be closer to the center of things.”

Clara Brown said many may not realize that Garnet is considered to be the first Black nationalist.

Shivers agreed with the characterization, saying his willingness for blood to be shed to achieve liberty would characterize Garnet as such and may be part of why he is less well known than contemporaries like Douglass and Harriett Tubman.

On Feb. 12, 1865, Garnet made history, being the first Black man to speak in the Capitol in Washington. He offered a sermon titled “Let the Monster Perish,” calling for the end of slavery.

“If slavery has been destroyed merely from necessity, let every class be enfranchised at the dictation of justice. Then we shall have a Constitution that shall be reverenced by all, rulers who shall be honored and revered, and a Union that shall be sincerely loved by a brave and patriotic people, and which can never be severed,” Garnet said in his sermon at the Capitol.

Long before this trip to the Capitol, Garnet had already been a renowned speaker.

Shivers said Garnet was invited in the 1850s to Great Britain by the free labor movement. He said Garnet argued for the British textile industry to find a different source for cotton than that picked by enslaved people in the United States. He said Garnet also spoke in Germany and traveled through other parts of Europe as well during that time.

In his later years, Garnet would be named ambassador to Liberia in 1881, but then died in 1882. He was buried in the capital city of Monrovia.

Shivers said that Garnet did return to Chestertown in 1870 when the 15th Amendment was passed, granting men of all color the right to vote. He said Garnet favored women’s suffrage as well, though that came 50 years later with the 19th Amendment.

Questions were raised during the talk about more substantial recognition here of Garnet’s life, perhaps a bronze sculpture.

Chestertown Mayor Chris Cerino spoke about the possibility of finding a place for such a sculpture along the waterfront. He said the town’s Public Arts Committee may take up the matter.

“There’s a couple of really nice spots where we could put that where it would be nice and visible and in a forward facing spot,” Cerino said.

Asked about whether Garnet has any known relatives today, Shivers said when the school, now H.H. Garnet Elementary School, was dedicated in his honor in the 1950s, his great-granddaughter attended the ceremony here.