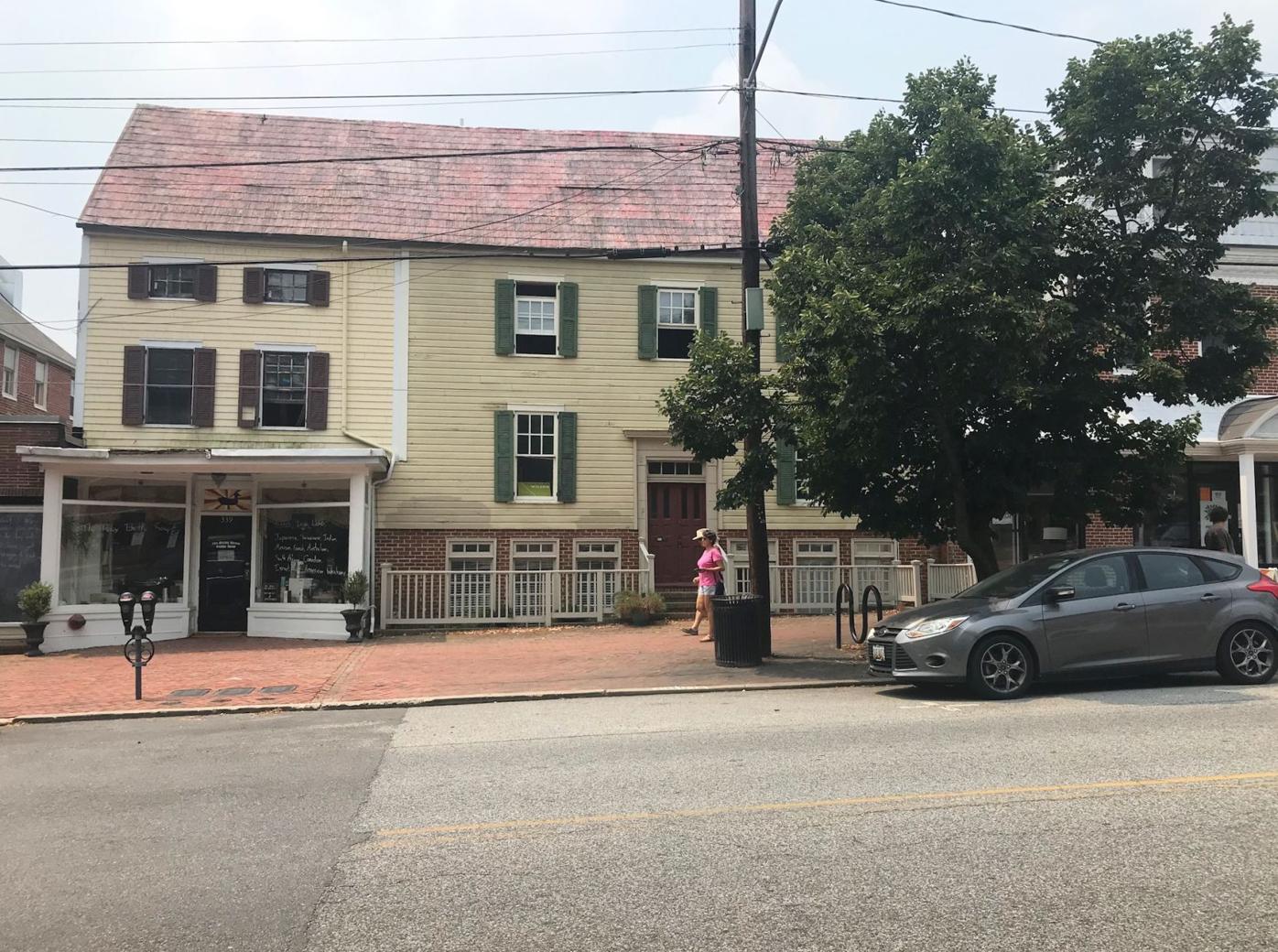 The Chestertown Historic District has granted a demolition permit to the owner of 341 High St., after deeming it to be a noncontributing structure due to its dilapidated condition. The structures at 339 and 341 High St. share the same roof plane. 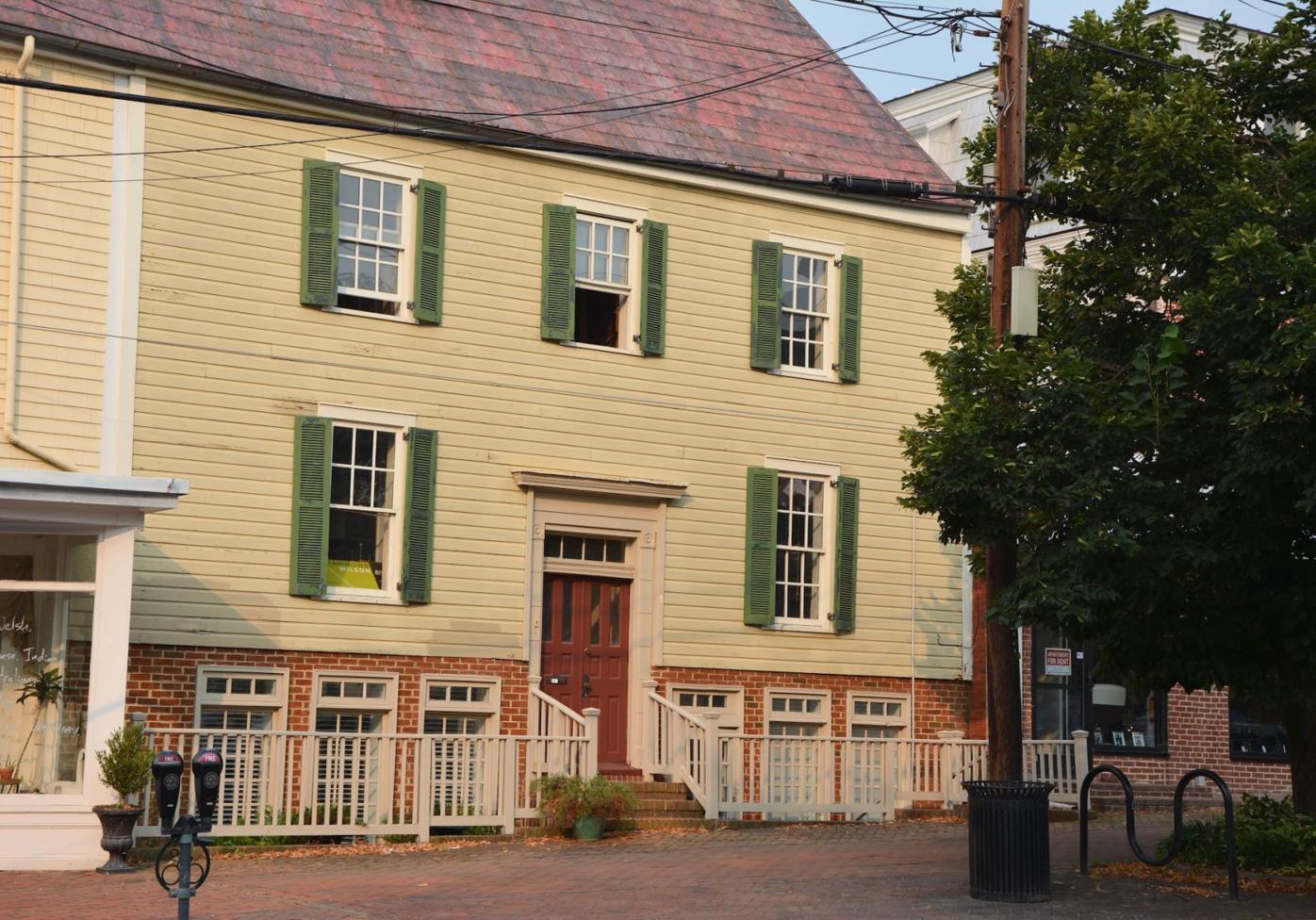 A demolition permit for 341 High St. has been approved.

The Chestertown Historic District has granted a demolition permit to the owner of 341 High St., after deeming it to be a noncontributing structure due to its dilapidated condition. The structures at 339 and 341 High St. share the same roof plane.

A demolition permit for 341 High St. has been approved.

CHESTERTOWN — A mixed-use building in the heart of downtown that more than a century ago housed a Black-owned business is going to be knocked down, and concept approval has been given for what is proposed to rise from the rubble.

The permit was granted after the commission members determined that the building — four apartments and retail space — was a noncontributing structure due to its dilapidated condition.

As part of the motion that was passed 6-0, owner KIT Team Oz Property LLC was given the green light to move forward with construction of a new structure in concept as presented at this meeting — subject to further design review by the HDC and a report provided on the viability of the foundation and front facade.

Christopher Frank of Hammond Wilson Architects, presenting on behalf of the owner, told the HDC that he had no problem with the proviso of additional design scrutiny.

He stressed that what he was presenting was a concept.

“What I’m asking for is permission to remove the building down to the foundation. Reuse or preserve as much of the High Street facade as we can. And then approve the concept of what we’re proposing to put back in its place,” Frank said in a 20-minute presentation.

Anticipating that he would have to come back when more aspects of the technical design are completed, he told the HDC, “I’m just showing you where I’m headed with it for now.”

Frank talked to the HDC members face to face, the commission’s first in-person meeting since the COVID shutdown in spring 2020.

Last month in a meeting conducted over the Zoom video platform, Frank devoted most of his presentation to the deplorable and unsafe condition of the building that left alone probably would fall down on its own. He provided pictures to back up that bold statement.

At the June 2 and July 7 meetings, Frank told the commission that the building was the locale of a Black-owned business beginning in 1909 when Abraham Robinson sold oysters and homemade ice cream.

Walking back the original intent to take down as much of the building as possible, Frank said at the most recent meeting that he was optimistic that a portion of the structure that fronts High Street can be salvaged.

“It probably makes sense to tell some of the story of what Mr. Robinson did and what we found out about the property,” he told the HDC.

The updated plan includes making a wayside out in the front to tell the history of 341 High St., similar to what is at the restored circa 1908 GAR building on S. Queen Street.

Frank told the commission that a historic preservation consultant and community historian were able to find a photograph of Mr. Robinson and at least one receipt from the business operations, items that he thought would be of particular interest to the local Black community, Sumner Hall, Washington College’s Starr Center for the Study of the American Experience and Chesapeake Heartland: An African American Humanities Project.

The building at 341 High St. is a contributing structure due to its age, but the Maryland Historical Trust confirmed that there were no surviving architectural features from when it was built around 1880.

The siding, windows, roof, entrance and all of the interior features have been replaced at one time or another, according to the town’s Zoning Administrator Kees de Mooy.

He said a contributing structure must meet two conditions: the date of construction must be within the period of significance, typically more than 50 years old, and it must not have been altered so much so that it has lost its significance.

The very poor condition of the interior, combined with low ceiling heights and numerous building code issues contributed to the decision to approve the demolition of all but the front facade.

“There’s not a lot there that is of historical significance other than the presence of the building on High Street,” Frank said, adding that the MHT was disappointed in the condition of the building.

Preservation was pretty much out of the question. It would have to be reconstruction.

Even the portions of the building that are not rotten and falling apart are significantly underdesigned and do not have the capacity to carry the loads that are required for new construction, according to the structural engineer’s report that Frank shared with the HDC members.

“I feel confident that this is a really sensitive approach to trying to deal with a building that’s not salvageable from the standpoint of any kind of modern use,” Frank told the commission.

He said the engineer’s assessment is that the amount of remediation work required is extensive.

In addition to figuring out what he can do with the structure, Frank told the HDC that he has to consider sprinklers, Americans with Disabilities Act compliance, fire separations between 339 and 341 High St., and life safety issues.

Even if the building codes allowed him not to do some of that work, “it would be not correct not to do that work,” Frank said.

He called the current condition of the apartments as “death traps” when it comes to safety.

In concept, the HDC signed off on Frank’s proposal to preserve the foundation walls to the extent that is possible. There will be an addition out the back so some of the foundation on the rear will be removed, but the foundation fronting High Street will be preserved.

Frank said he would reuse as much of the front facade wall as possible, “but basically everything behind it are new section on top of the existing section so I’m raising the floors to get more height to put the systems in.”

Also to be considered is the streetscape. The big thing is the facade and roof of 341 High St. was constructed in plane with 339 High St., which is currently The Decoy Room Bottle Shop, also owned by KIT Team.

“We’re basically going to take the roof off, raise it up, we’re probably going to try to reuse the tablature and we will have to replace the door because it needs to be made egress compliant,” Frank said.

The proposal includes expanding the building and the footprint to the rear, away from High Street.

There will be an ADA entrance from the rear parking lot up to the building where a platform lift will be installed. It’s not feasible to do this in the front because it will stick out too far on High Street.

Frank said he would pull off some roof shingles, save those that are in decent condition and reuse them on the roof of The Retriever’s beer garden bar at 337½ High St. (also a KIT-owned property) when it goes in.

In answering a question from one of the commission members, Frank said the lower level would be commercial and there would be a total of four apartments, two on the first floor and one each on the second and top floors.

The commercial space might be a café or adjunct to The Decoy Room Bottle Shop, that hasn’t been finalized yet, and the plan is to keep the walkthrough from The Retriever to the bottle shop to 341 High St.