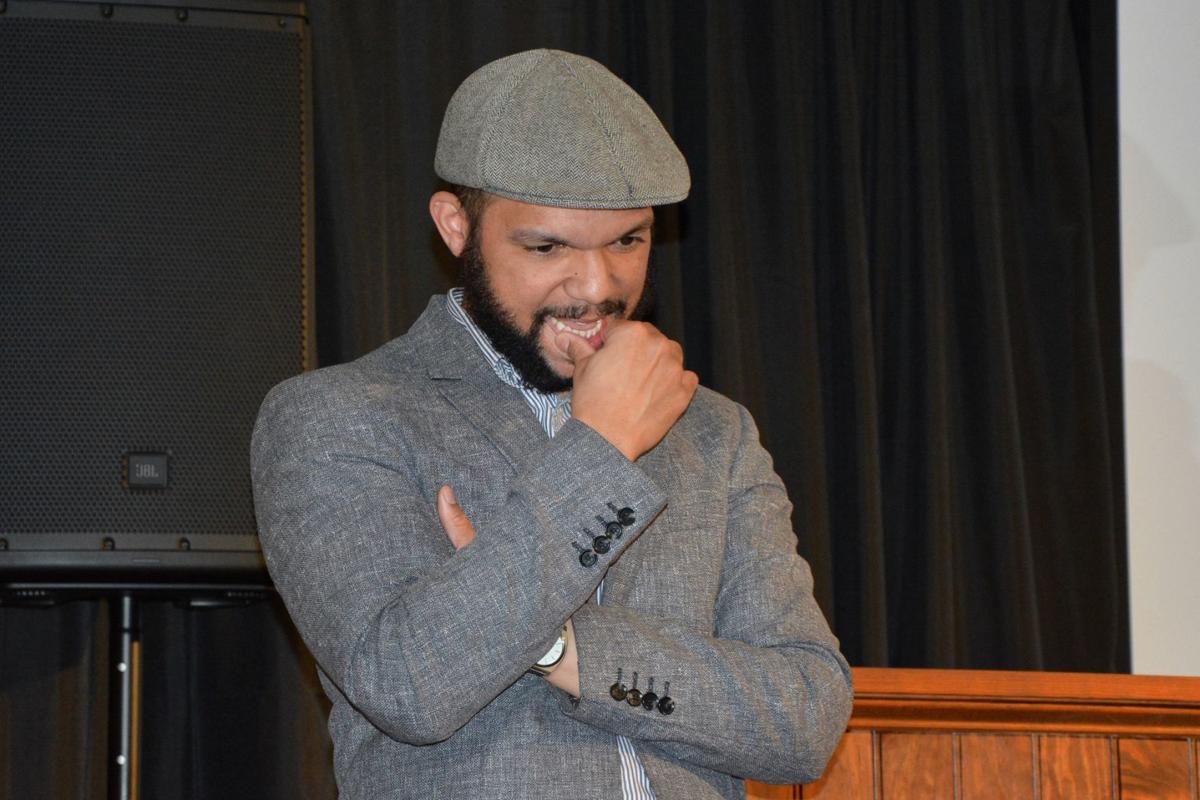 Kyle Hackett, a 2007 graduate of Kent County High School, earned a bachelor's degree in fine art from the University of Delaware and a master's degree from the Maryland Institute College of Art. 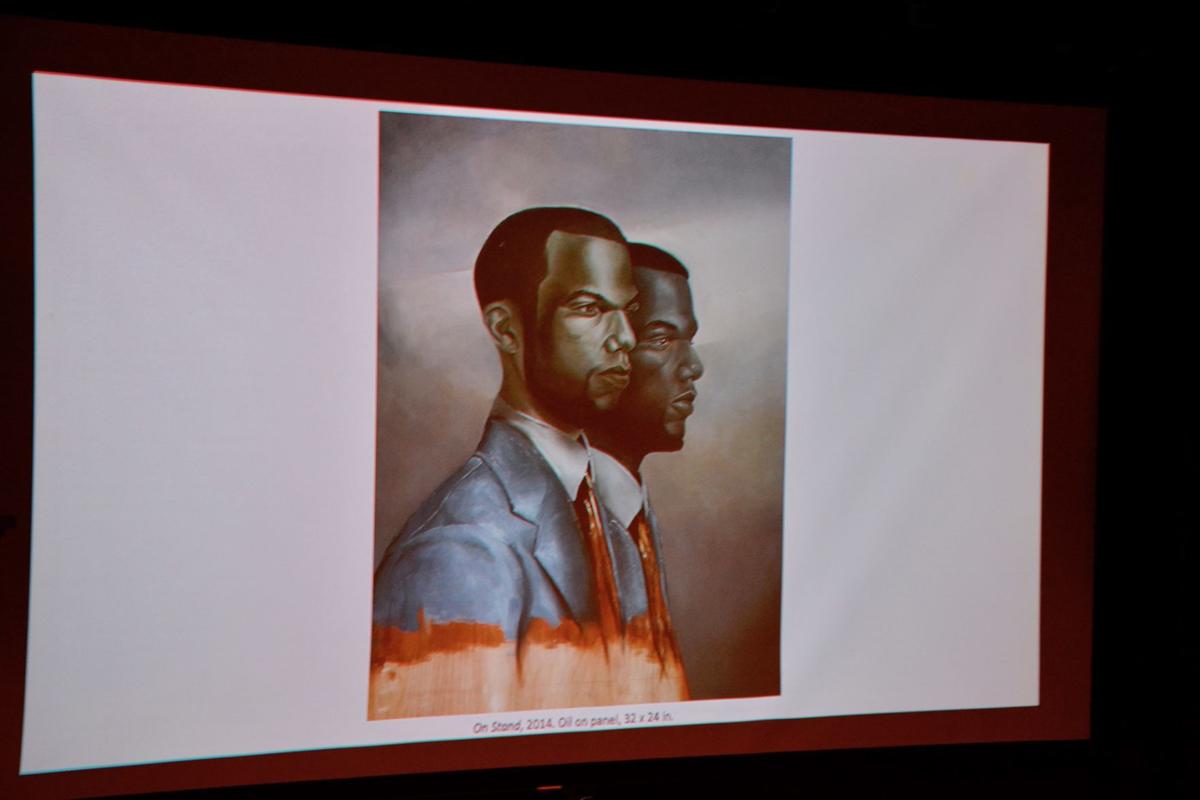 In this portrait, Kyle Hackett has painted two versions of himself — one darker and thicker than the other. 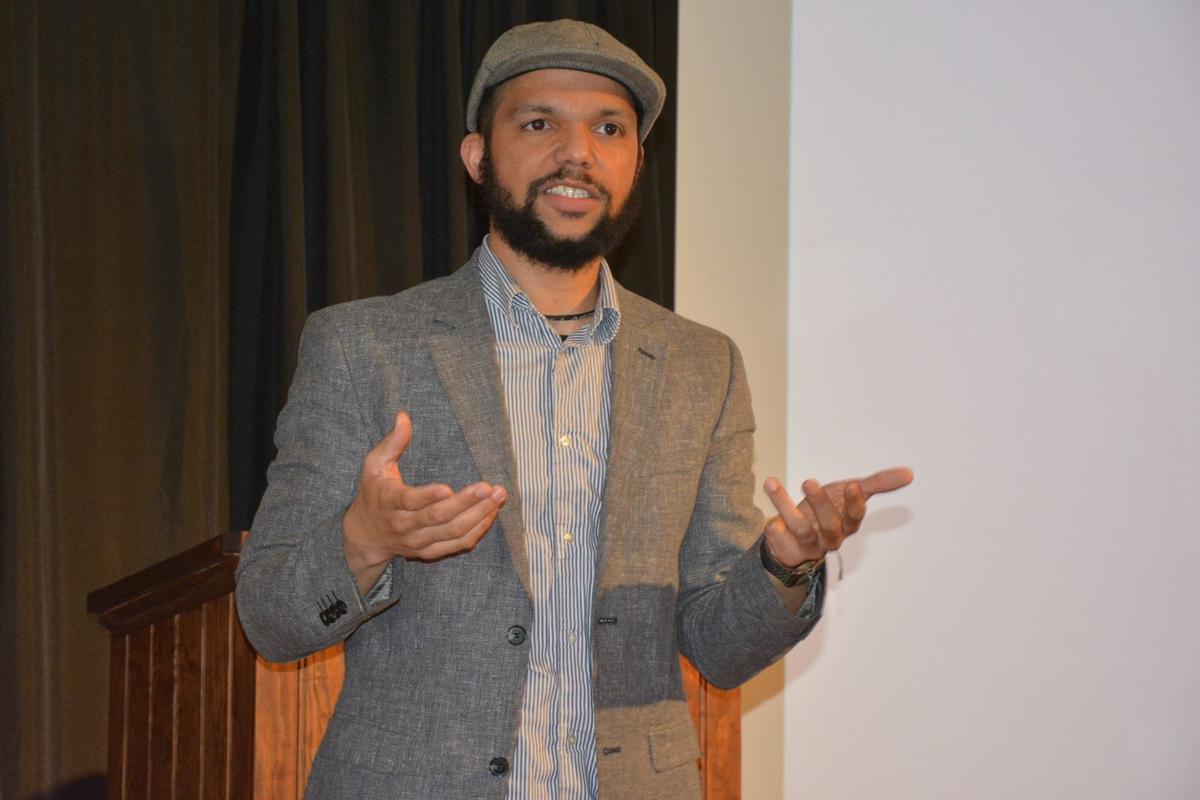 Kyle Hackett, now 30, said he did not know about the local arts community while he was growing up in Kent County. 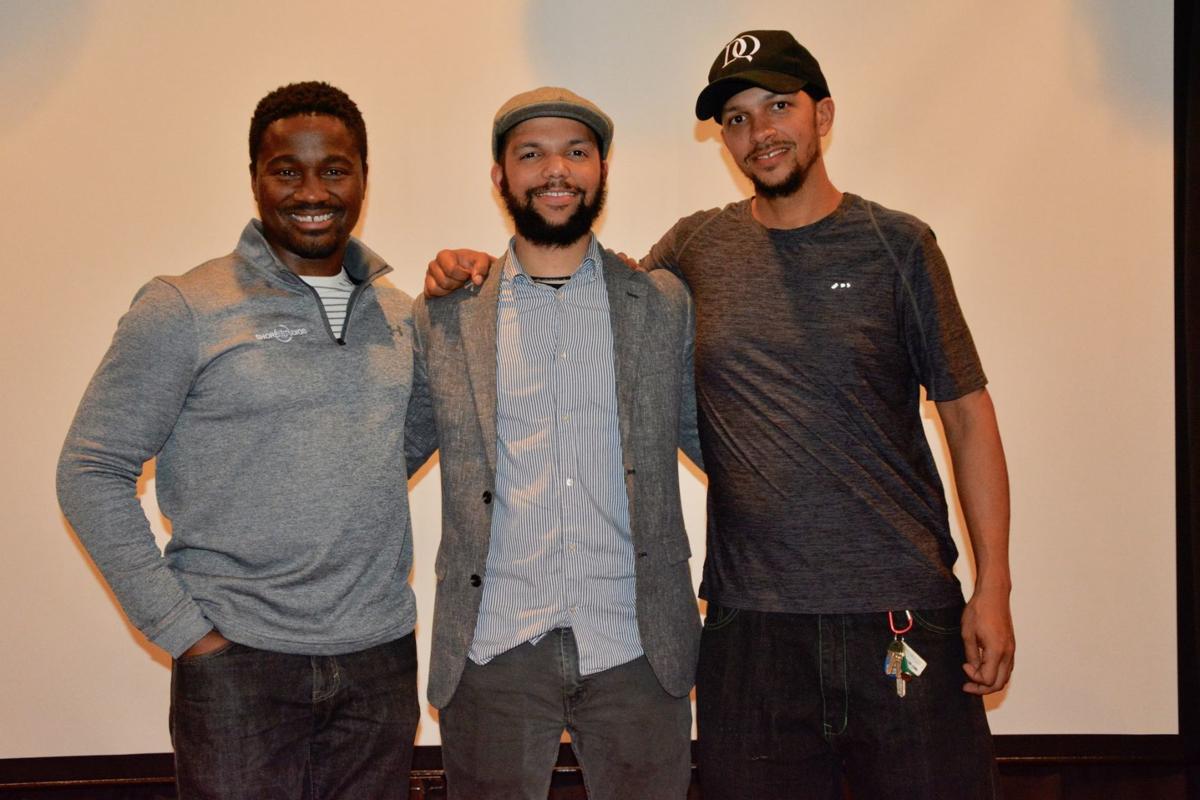 Kyle Hackett, a 2007 graduate of Kent County High School, earned a bachelor's degree in fine art from the University of Delaware and a master's degree from the Maryland Institute College of Art.

In this portrait, Kyle Hackett has painted two versions of himself — one darker and thicker than the other.

Kyle Hackett, now 30, said he did not know about the local arts community while he was growing up in Kent County.

CHESTERTOWN — Some people use the written word as a journal entry.

Kyle Hackett paints — on surfaces as different as wood, canvas and aluminum.

The power of art making, Hackett said, is to mark a specific point in time.

A visual artist and professor based in Washington, currently an adjunct lecturer at American University, Hackett has been the featured speaker at alma mater Kent County High School and exhibit openings at the Port of Chestertown Marina and Sumner Hall — all within the last eight months.

“I’m really excited to be back in my hometown and appreciative to be able to celebrate my journey,” he said Saturday night at Sumner Hall. “Thank you to everyone who has helped make me feel ‘home’ at home.”

In the audience were Hackett’s older brother Dusty and their father Leo, among other family members, and his former KCHS track teammate Sam Shoge.

Hackett spoke for about an hour from the back of the second-floor meeting room while narrating a slide show with the themes of process, practice and provisionality. After that, he moved to the front of the room to answer questions from the audience and then greeted guests during a reception on the first floor where his exhibit titled “Spirits Rejoice” is on display through the end of March.

“Art brings about unexpected intersections of community,” Hackett said in beginning what would be a very honest and personal talk about what inspires his work.

He said he didn’t know he had an Uncle Larry — Larry Wilson, president of the Sumner Hall board of directors — until last November at Downrigging Weekend in Chestertown when Hackett was the guest speaker at a ceremony for the African American Revolutionary War Art Exhibit.

That presented an opportunity to learn about another side of his family, what he called “untapped family history.” A tattered photograph of Hackett’s paternal grandfather, a treasured keepsake, was included in the slide show.

Learning about his uncle and grandfather was a powerful moment and will take years worth of unpacking, Hackett told his audience. “This show is the start of that,” he said.

The first slide was of his first painting, a self-portrait made with his fingertips when he was a student at Galena Middle School.

“Home” in Still Pond is central to Hackett’s art.

He talked about growing up in a mixed-race household, where family members showed empathy and hard work every day and where he learned how to overcome challenges related to poverty.

A first-generation college student, Hackett said his studio at the University of Delaware was the most secure space he had ever known. Over winter break, he would sneak in through a window that he left open to complete his portfolio, eating unheated cans of ravioli and sleeping underneath a painting of brother Dusty.

The same day that Hackett was to receive his bachelor’s degree in fine arts, the family home in Still Pond was lost to foreclosure.

He gathered up soil from the front yard and used it to create 30 small portraits, titled “30 Days Notice.”

For a while, he “came home” by painting people he knew — Dusty, a cousin called Pudgy and Brad Cotton — and interior spaces.

Hackett explained that he was using “art making as journal entries to come to terms” with the trajectory of his life.

As he wrapped up his formal presentation, Hackett said, “The work is never done. The finished painting creates the next one. ... You’re always learning.”

And the work travels with him. One painting may have been created in as many as five studios.

During the question-and-answer portion of the event, Hackett encouraged artists to fight for their truth — to say what you want and not what others want you to say.

When asked to define success, Hackett said: “It’s not about selling my work. It’s about having the viewer spending time with my work.”

Hackett said that while growing up here and even while he was attending the University of Delaware, he did not know about the arts community in Kent County.

New discoveries on personal and professional levels, Hackett said, make him feel like “now I have more to give back to my home community.”