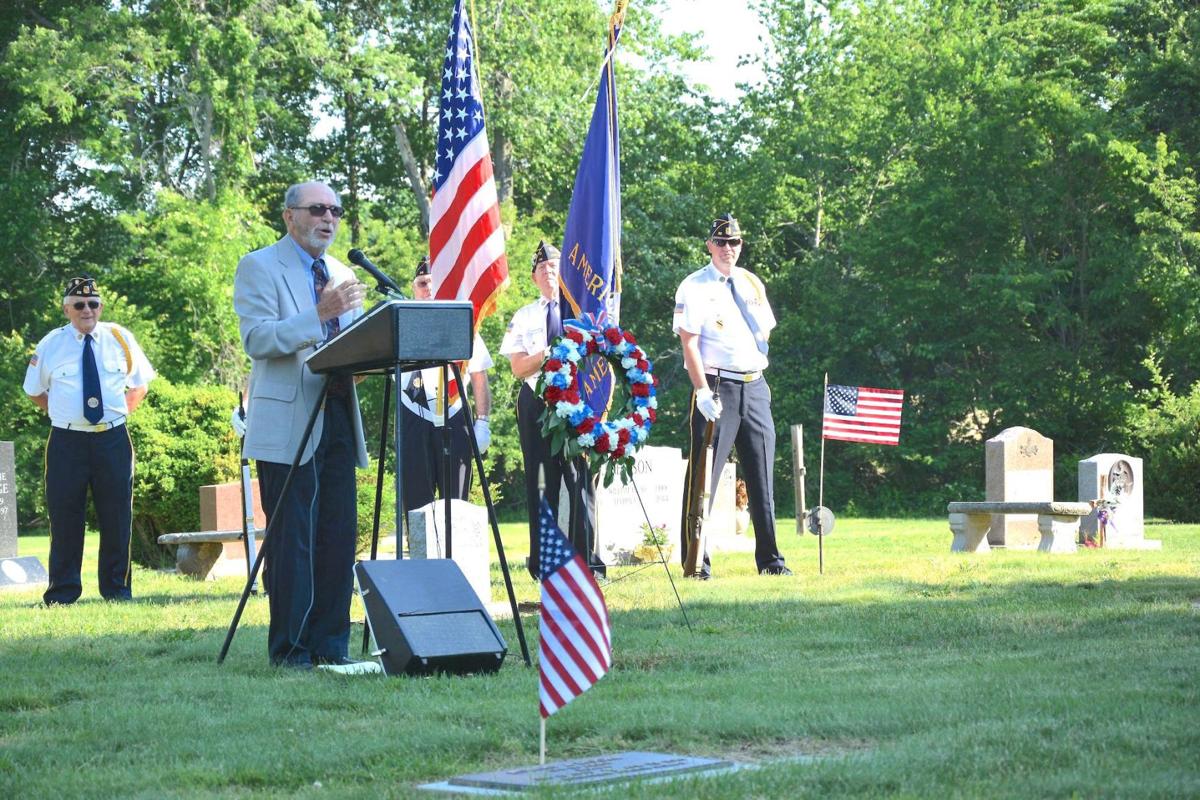 Wayne T. Gilchrest, a decorated Vietnam veteran who later served in Congress for 18 years, delivers the keynote address at a 2015 Memorial Day ceremony. 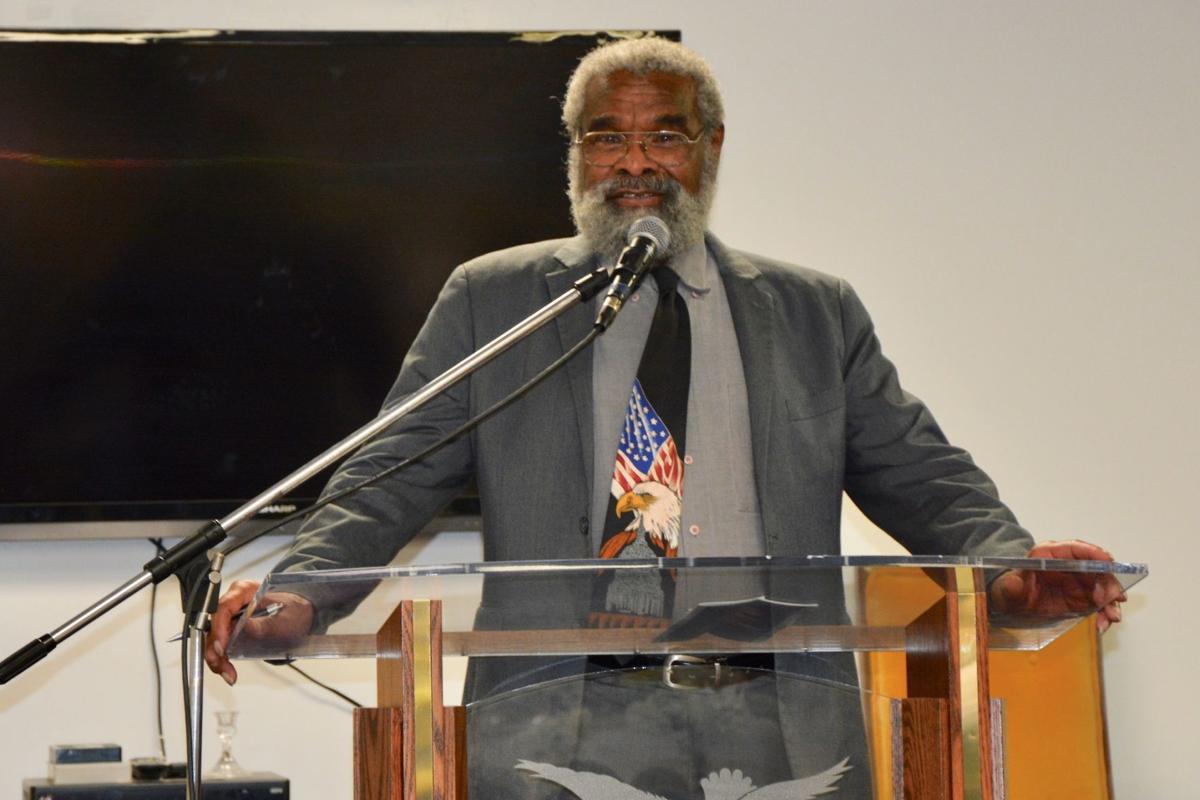 H. Emerson Cotton, who grew up in Edesville and is a graduate of Garnett High School, served in the United States Army from September 1965 to September 1967. He was deployed to Vietnam in May 1966.

Wayne T. Gilchrest, a decorated Vietnam veteran who later served in Congress for 18 years, delivers the keynote address at a 2015 Memorial Day ceremony.

H. Emerson Cotton, who grew up in Edesville and is a graduate of Garnett High School, served in the United States Army from September 1965 to September 1967. He was deployed to Vietnam in May 1966.

CHESTERTOWN — War means something different to all people, but for local veterans Wayne T. Gilchrest and Henry “Emerson” Cotton, their time in the service was ultimately a positive one though paired with “tragedy and sadness,” as Gilchrest said.

Gilchrest, who is originally from New Jersey but moved to Kent County in 1979, served in the United States Marine Corps for four years, from 1964 to 1968 during the Vietnam War. Gilchrest is a decorated veteran who later served in Congress for 18 years.

Cotton said, for him, serving in the military meant fighting in two wars simultaneously.

While he was deployed to Vietnam, Cotton said he was charged with managing fuel for helicopters and vehicles as well completing work like setting up pipelines.

Cotton said when he was young, he saw men returning from war in their uniforms and idolized them. More important to him, Cotton said he saw his service as helping him mature “from a boy to a man” — it was a coming of age period in his life.

In a separate phone interview Monday, Gilchrest said that where he grew up in New Jersey, almost everyone in his neighborhood served in the military during World War II or in the Korean War.

“From the time I was very young, from both sides of the family to the neighbors, we heard these conversations about Iwo Jima and D-Day, (USS Belleau Wood), the Frozen Chosen, from Army, Navy, Marine Corps, Air Force,” Gilchrest said.

He said most of his peers’ trajectory after graduating from high school was to enroll in the military. Gilchrest’s father also served in the Navy during World War II as well as his uncles.

During the Vietnam War, Gilchrest said he had two brothers in the Navy and one in the Army. The three of them served in Vietnam together, though in different areas, and, he said, were able to see each other periodically. Gilchrest said his brother who was serving in the Navy visited him once near the Vietnamese Demilitarized Zone and helped him build sandbags.

Gilchrest said his brother who served in the Army visited him on a hospital ship after he was wounded.

After returning home from Vietnam, Cotton said he found there to be a lack of support for veterans or jobs for people of color who had served.

“But the thing that puts salt in the wound, when I came home after I got discharged, after I went to apply for a G.I. loan for a house, I was turned down,” Cotton said.

Still, Cotton said his military service taught him skills that helped him later on in life and fine tune his sense of responsibility that he had learned growing up in Kent County.

Cotton said he did not go to work immediately after returning home saying “when you come out of a combat zone, you’re not the same person.”

In the workplace, Cotton said he often struggled with his bosses viewing him as being insubordinate because “the way I was approached, it was just instinct, not for me to retaliate, but to defend myself.”

Cotton said while he’s better now, the mindset he developed while serving is something that stuck with him: “I was there to survive.”

“In the combat situation, there’s no such thing as a front line. There’s enemies all around you, so you have to be alert to this,” Cotton said.

Despite the tragedy of war, Gilchrest said his service created a “deep appreciation that continues to this day for love and life.”

“Probably with the exception of all the tragedy and sadness we saw in Vietnam, I enjoyed my four years in the Marine Corps,” Gilchrest said. “If anything positive came out of Vietnam, it was — especially among the Marines that we served with — the only way for me to describe it is the integration of integrity. We had a very strong bond of trust.”

Gilchrest said he has kept in touch with a few of the people he served with though they are living across the country. In 2016, Gilchrest said they met up for the first time in Arizona.

“I want to thank everyone out there who appreciates America, veterans, non-veterans. One of the biggest patriots, love of country and of life, was my mother who wasn’t a veteran,” Gilchrest said. “There’s a lot of people out there who have done great things for the country, both veterans and non-veterans. Especially now.”