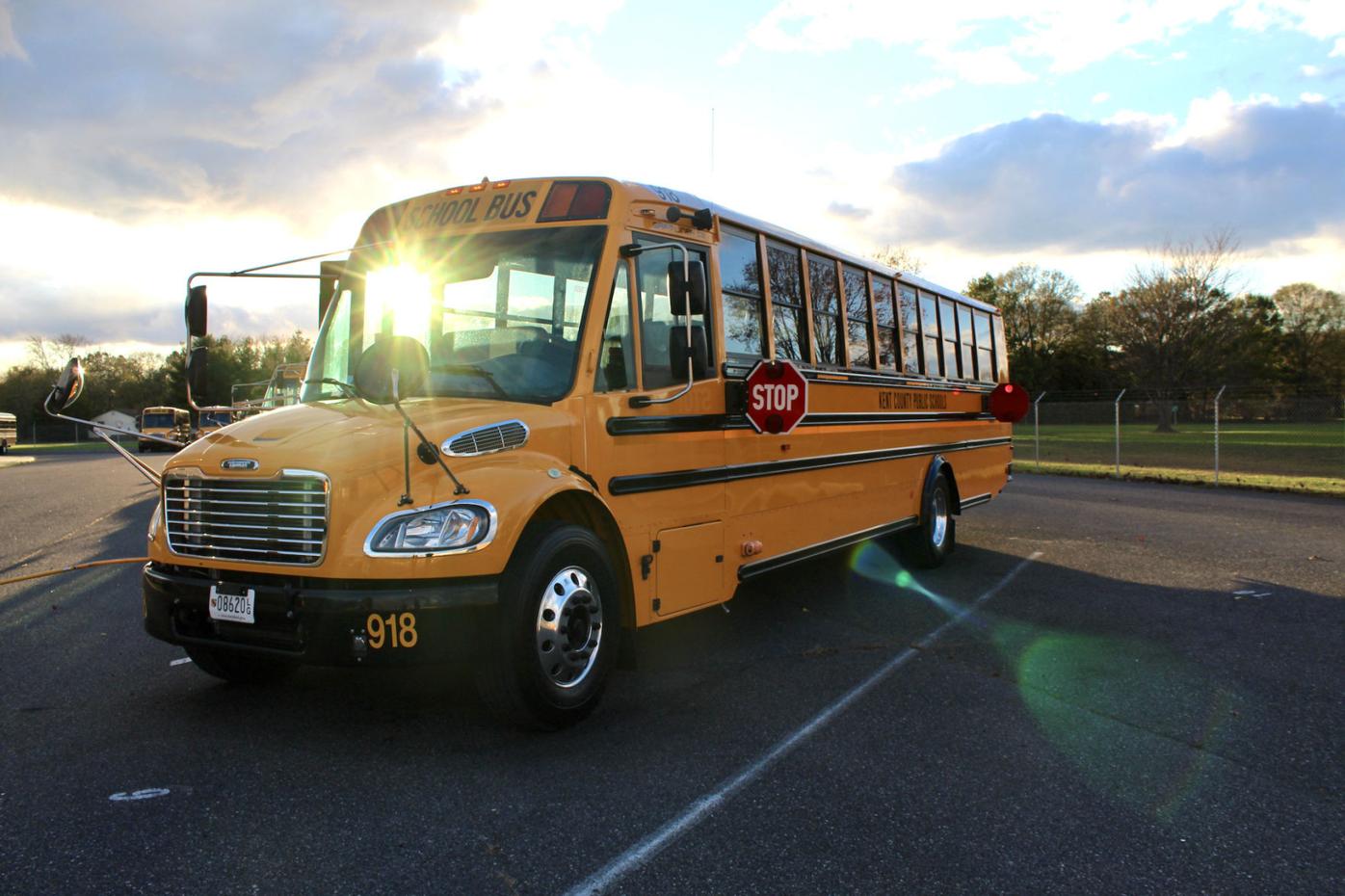 Cameras will soon be installed between the stop sign and the Kent County Public Schools banner on the school system’s buses. The Kent County Board of Education agreed Monday, Nov. 9 to enter into a five-year contract with BusPatrol America LCC to install the cameras. 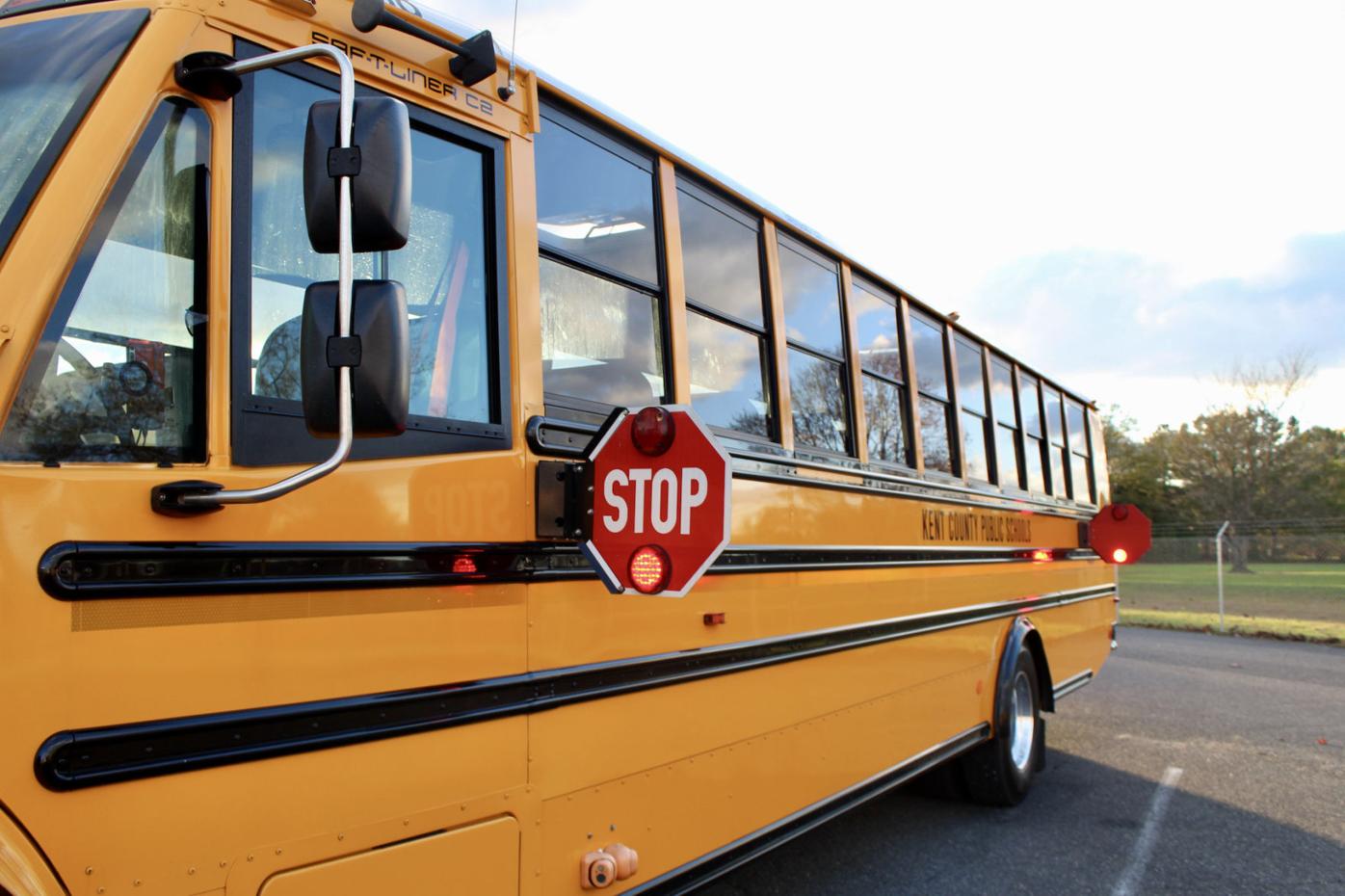 Cameras will soon be installed on the side of the bus between the stop sign and the Kent County Public Schools banner on the school systems buses. 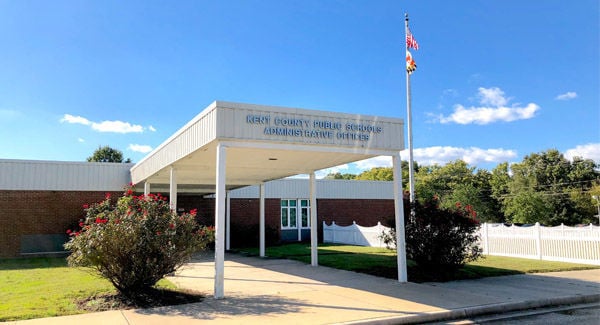 Kent County Board of Education

Cameras will soon be installed between the stop sign and the Kent County Public Schools banner on the school system’s buses. The Kent County Board of Education agreed Monday, Nov. 9 to enter into a five-year contract with BusPatrol America LCC to install the cameras.

Cameras will soon be installed on the side of the bus between the stop sign and the Kent County Public Schools banner on the school systems buses.

The Kent County Board of Education agreed Monday, Nov. 9 to enter into a five-year contract with BusPatrol America LLC to install cameras on school bus stop arms. The contract was presented by Matt Anderson, director of sales for BusPatrol via teleconference.

Motorists behind school buses and in the oncoming lane are required to stop when students are boarding or exiting. A stop arm extends from the side of the bus to inform motorists. Violators are subject to a fine.

“One of the most frequent complaints of school bus drivers is that other motorists do not obey the school bus stop law,” the KCPS website’s transportation page states.

Anderson said BusPatrol has the violation numbers to justify running the program in communities like Kent County.

“We do this because we know, unfortunately, there are too many people running stop arms,” he said.

BusPatrol’s cameras work similar to the RedSpeed camera on Morgnec Road in Chestertown. They are automated, producing videos, photos and the requisite citation information for law enforcement to certify. Then a $250 ticket is issued.

Anderson said BusPatrol’s system averages $10,000 in revenue per bus per year. The service is provided at no upfront cost to the school system.

The contract shows revenue from the citations will be split 60-40 between BusPatrol and KCPS. BusPatrol then collects an $85-a-month technology fee per bus from the school system’s revenue share.

Anderson said Queen Anne’s County Public Schools is among the school systems in Maryland that have already signed a contract with BusPatrol.

“We believe this is going to help us provide even more safety for our students. We see this as a win-win for us and the school system,” Superintendent Karen Couch told school board members.

One issue that will have to be sorted out though is what law enforcement agency will certify the tickets.

While the contract lists a sheriff’s office as the likely candidate for such a role, Kent County Sheriff John F. Price IV said in an interview Monday, Nov. 16 that he is not onboard.

Price said that while he wants to be “a team player” and to enhance the safety of students getting on and off buses, his office does not have the manpower available to spend hours reviewing video footage and certifying automated citations. He said he needs deputies out on patrol.

“We’re not going to obligate ourselves at this point due to the lack of resources,” Price said. “We just don’t have that kind of manpower.”

In addition, Price is concerned that such enforcement measures are more about generating revenue, though he said he is not suggesting that is KCPS’ motivation for moving forward with BusPatrol.

In his presentation to the Board of Education, Anderson spoke about how BusPatrol’s system is conservative in generating citations. He said the company aims to have a positive effect on communities.