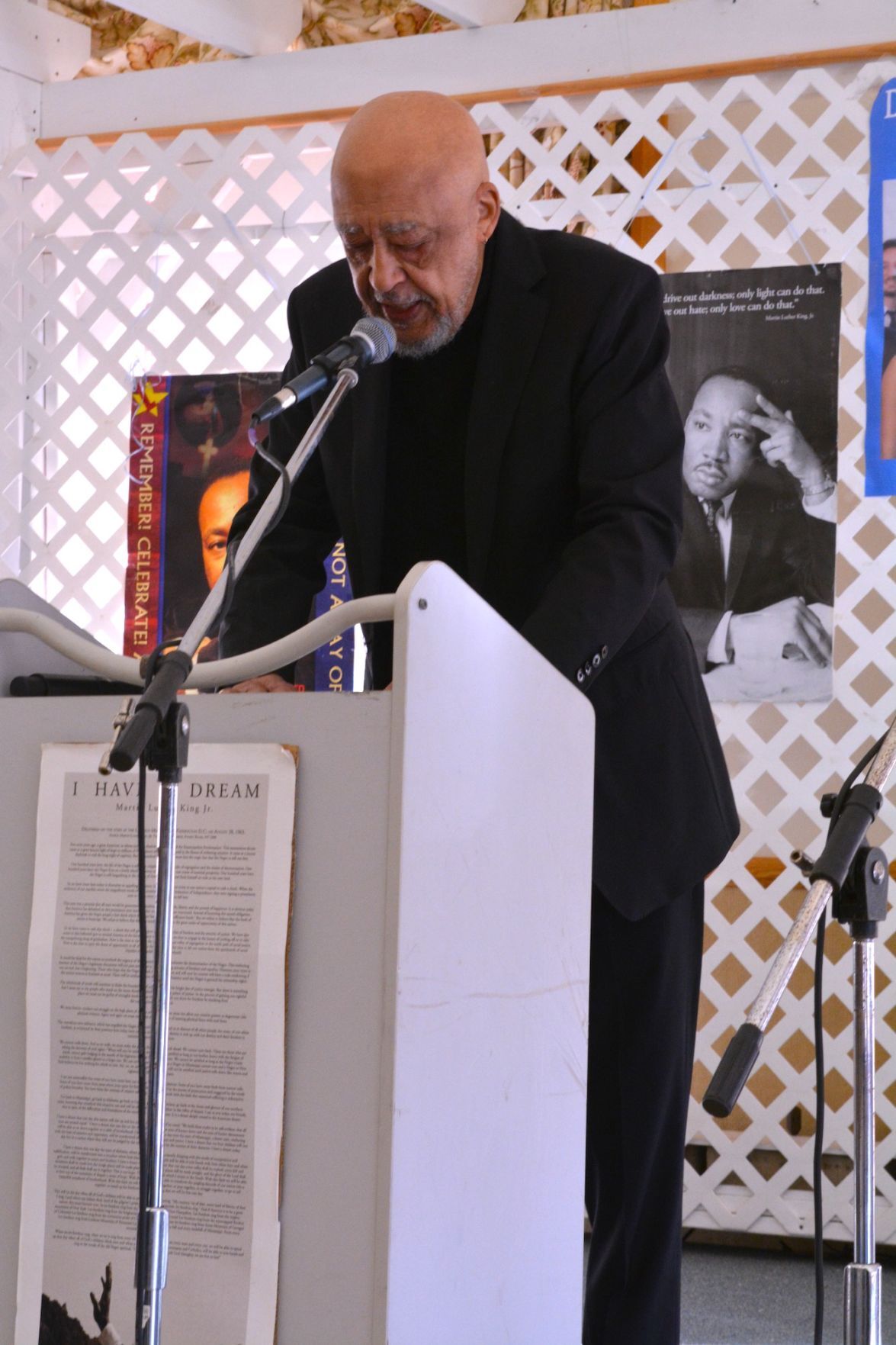 Writer Robert Earl Price reads a poem at the 2020 Dr. Martin Luther King Jr. Breakfast in Rock Hall. The piece combined the ideas of “nobodiness” with King’s reported concerns late in life that he may be leading people to integrate “into a burning house.” 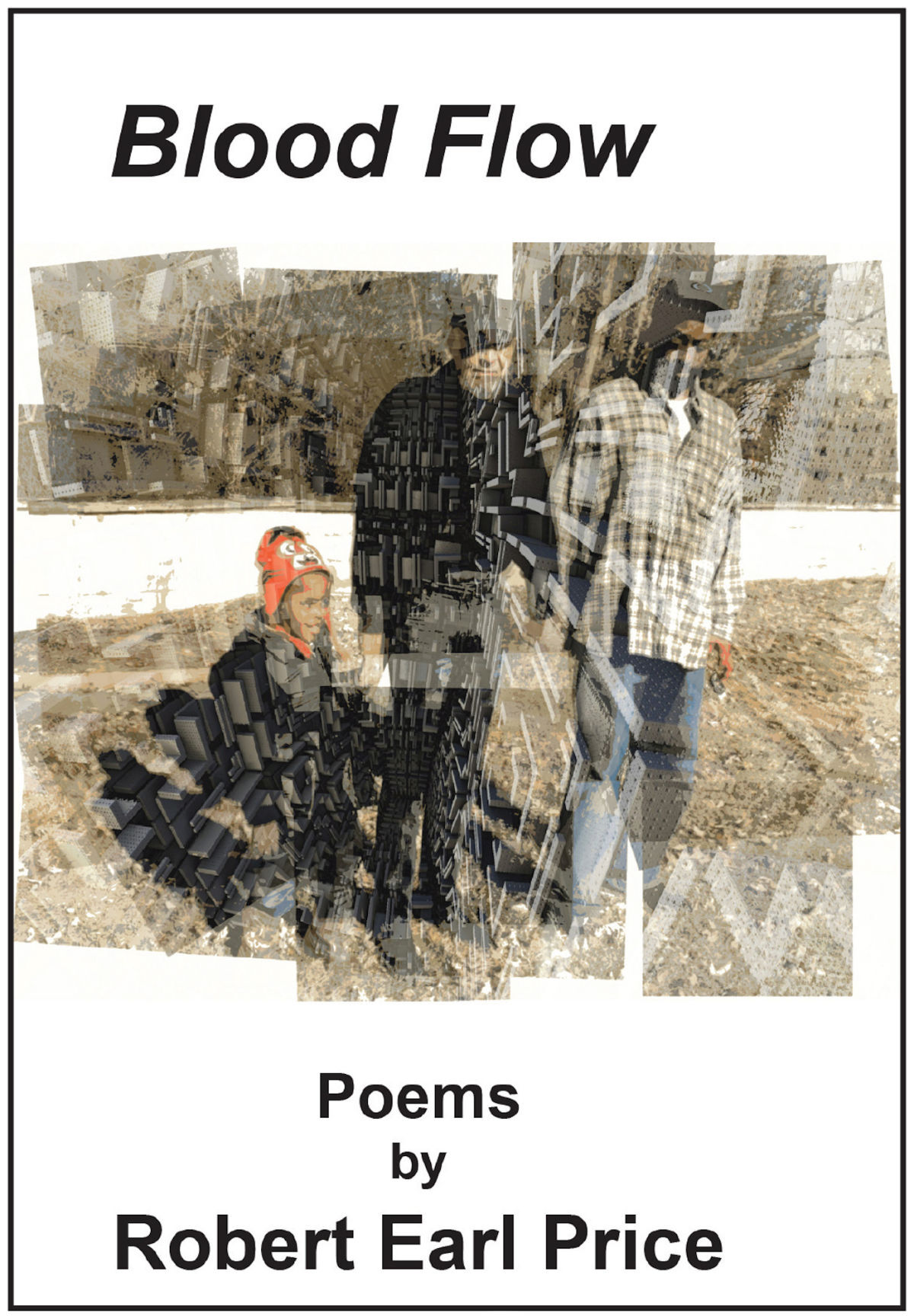 Writer Robert Earl Price reads a poem at the 2020 Dr. Martin Luther King Jr. Breakfast in Rock Hall. The piece combined the ideas of “nobodiness” with King’s reported concerns late in life that he may be leading people to integrate “into a burning house.”

CHESTERTOWN — Robert Earl Price has been recognized by the William Meredith Foundation for his latest volume of poetry "Blood Flow."

William Meredith was a Navy veteran who served in World War II and the Korean War and in recognition of his following career as a writer and educator, went on to be given the honorary title now known as U.S. poet laureate.

The William Meredith Foundation, based in Uncasville, Conn., has honored Price with its 2021 Award in Poetry for "Blood Flow."

"If we can not share his blood, we have at least the poems. They help us understand how Black lives matter, how to look into the eyes of a fellow human being and find our own humanity. This is the great gift Price has given us," said Richard Harteis, president of the foundation, in a statement announcing the award. "William Meredith would have been so glad the 2021 award in his name has gone to Robert Earl Price, brother in the art."

Now retired from Washington College, Price has a long career as an artist. While being recognized as of late for his poetry, he likewise is an award-winning screenwriter and playwright. He also writes for online publications, filing movie reviews and political pieces such as one in 2019 on reparations.

"I am proud that I was selected and I am humbled by being selected by the William Meredith Foundation for this award," Price said in an interview Tuesday, Jan. 12.

The title of his latest volume continues a recurring theme of his poetry books that started with "Blood Lines" and continued with "Blood Elegy," "Blues Blood" and "Wise Blood."

Price said he started with "Blood Lines" as an homage to his family and his ancestry — "that whole link that sometimes attempts to erase the African retentions in American culture."

"So I wanted to keep that alive," he said, adding that "Blood Elegy" seemed like a good followup and he decided to continue on with that for subsequent titles.

The cover for "Blood Flow" includes a photo of Price with his son and grandson.

Price said his work is up front, politically. That is how he sees all art, as being political with artists taking one side or the other.

For Price, he frequently finds himself choosing "the side that resists the status quo."

In a news release announcing Price's recognition, the William Meredith Foundation noted how the poetry in "Blood Flow" "traces the damage, the cruelty" people have inflicted upon one another "from the murder of four little girls at the 16th Street Baptist church in Birmingham, to a disheartened Dr. (Martin Luther) King the week before his assassination."

In the poem "Ugly Beauty," Price takes the romantic notion of the old clipper ships, which he describes as "Such works of wonder" and "Elegant blends of air and speed," and reminds readers of what so many held below their decks: "A cargo of breathing gold/Sardined humans shackled in the hold."

"Oh such a ship of beauty linked to such an ugly deed/Shackled people inside a swoosh of grace and speed," Price wrote.

At last year's annual Kent County breakfast celebrating King's birthday, Price read a poem about concerns King had shared not long before his assassination, a fear that "I am integrating my people into a burning house."

In the same poem, included in "Blood Flow," Price also uses the famed "Letter from a Birmingham Jail," in which King talked about "a degenerating sense of 'nobodiness'" as the Civil Rights leader discussed what it is to be Black in America.

“We choose assimilation as the path to somebodiness. But suppose that path leads into a burning house where the flames of nobodiness lick at the ebony of core of our better self. Nobody is blooming in a hothouse,” Price read from the poem at last year's breakfast.

In the Jan. 12 interview, Price said he has written poems about King that seek to take the attention away from the "I Have a Dream" speech given at the 1963 March on Washington for Jobs and Freedom. He wants to remind readers of the greater depth of King's work, including speaking out against the Vietnam War and poverty affecting all Americans.

"Dr. King's 'Dream' to me has become this ethereal thing that doesn't really speak to who King was in a lot of other ways," Price said. "I try to focus on the fact that his political visions and views were much broader than the 'Dream.'"

Price believes part of a poet's work is to make people feel.

"I'd like for my art to function in a visceral manner in much the way that music does," he said, adding that discussing poetry, "intellectualizing" it, in a setting like a classroom is all well and good. "But the experience of reading or listening to one of my poems I hope affects you in a visceral way that makes you feel something. I'm interested in the feelings."

He likens it to the feeling he gets when he listens to music — notably his beloved jazz.

"It's hard for me not to listen to music and experience some kind of emotional feeling, some sensory feeling. And I'd like to do the same with language," Price said.

Tapping into the full spectrum of emotions — even those not so easily described — is what Price thinks most artists set out to do.

"I think this is a good time for poets and artists to really begin to provide our society — which seems a little shaken these days — with reflections of a future humanity that has evolved in an upward spiral toward some better form of humanity," Price said.

"Blood Flow" is published by Snake Nation Press. Find it online at snakenationbooks.store/product/blood-flow.