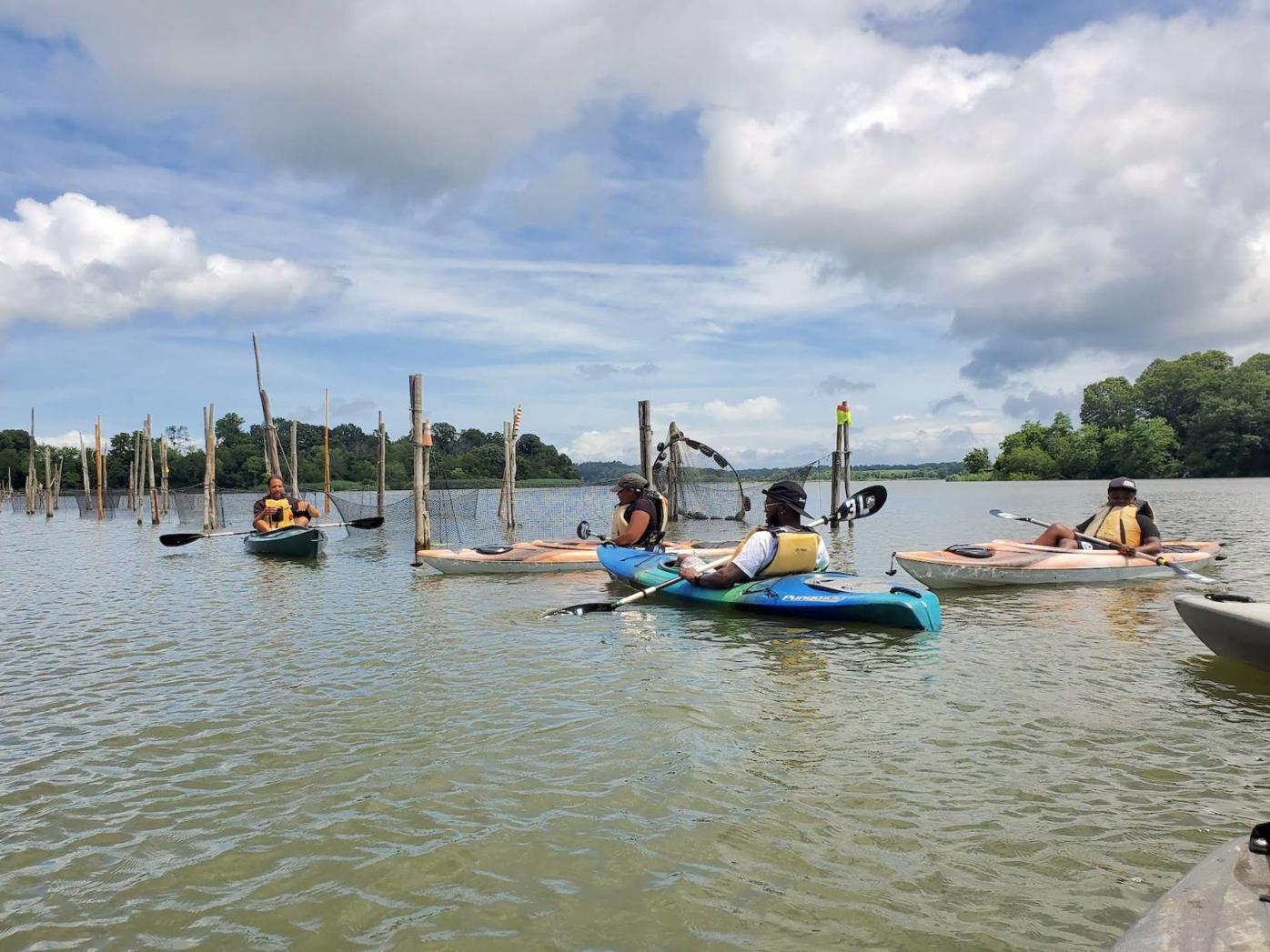 Sultana Education Foundation Paddling Director Brad Hirsh leads a group from the Bayside HOYAS on a kayak tour of the Sassafras River on June 26. 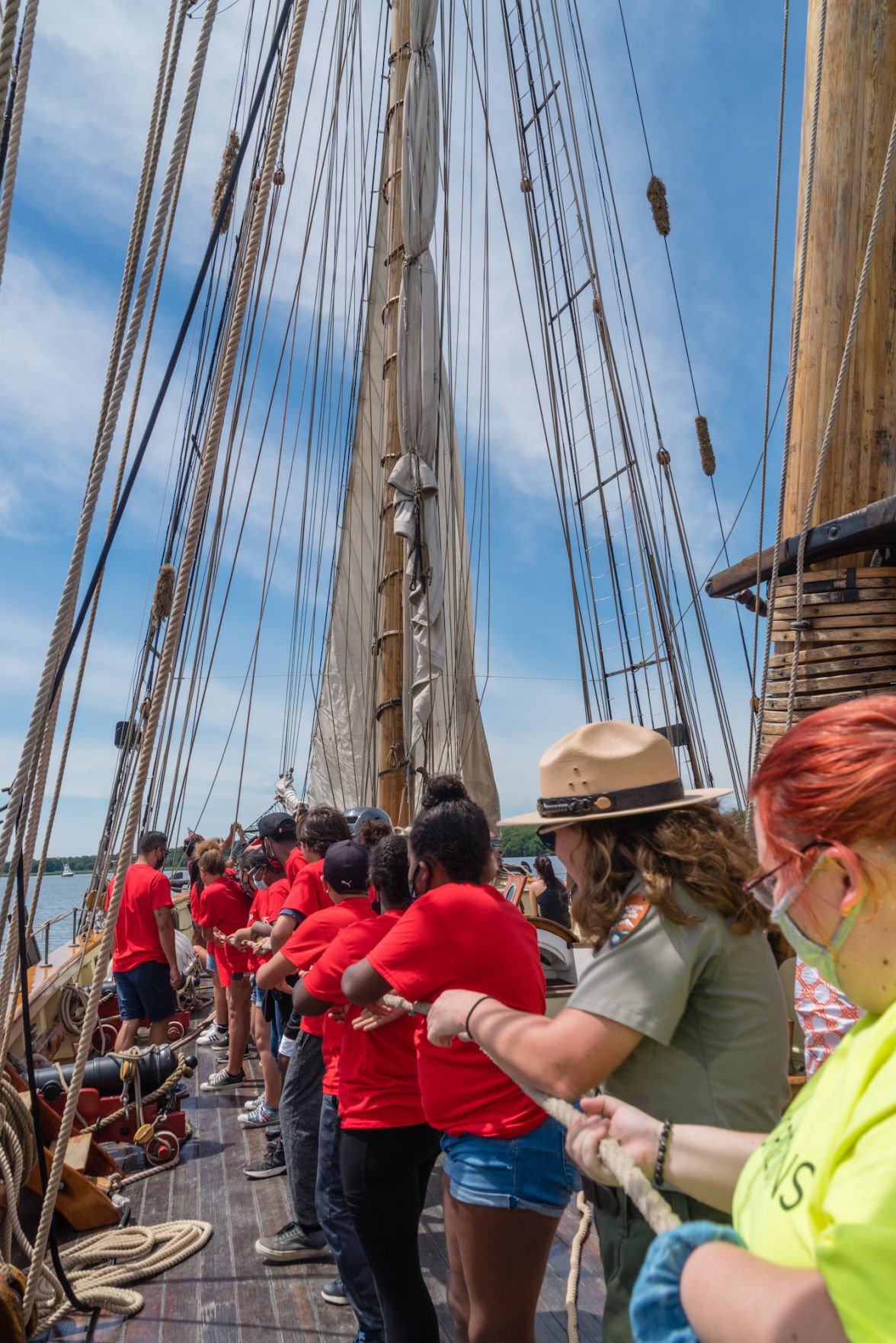 Students from Horizons of Kent and Queen Anne’s help National Park Service ranger Betsy Swanback raise the sails onboard the Pride of Baltimore II on June 25.

Sultana Education Foundation Paddling Director Brad Hirsh leads a group from the Bayside HOYAS on a kayak tour of the Sassafras River on June 26.

Students from Horizons of Kent and Queen Anne’s help National Park Service ranger Betsy Swanback raise the sails onboard the Pride of Baltimore II on June 25.

Local residents had a chance to come onboard Pride II, a reproduction War of 1812 privateer schooner and kayak the Sassafras River with Sultana Education Foundation through National Park Service-supported programs, a news release from the NPS states.

The Trail also partnered with Sultana Education Foundation for a series of kayak tours based out of Turner’s Creek Landing on Saturday, June 26. A park ranger was on hand to tell the history of the Sassafras River and the British raids in May 1813. Bayside HOYAS youth and their families were invited to join for this pilot program.

“We are so excited to partner with Pride of Baltimore, Inc. and Sultana Education Foundation to explore the unique War of 1812 history right here in Kent County,” said David H. Moore, superintendent of the Star-Spangled Banner Trail. “Partnerships such as these allow the Trail to engage with local families and expand recreational opportunities throughout the Bay.”

Kent County Economic and Tourism Development, Stories of the Chesapeake Heritage Area and volunteers from the living history group Chesapeake Independent Blues also were instrumental in the weekend’s success, the release states.

The Trail, administered by the National Park Service, is a 560-mile long land and water route that tells the story of the War of 1812 in the Chesapeake Bay region. During the war, British forces terrorized many locations in Kent County.

Kent County also is home to Caulks Field, one of the best-preserved War of 1812 battlefields in the state.