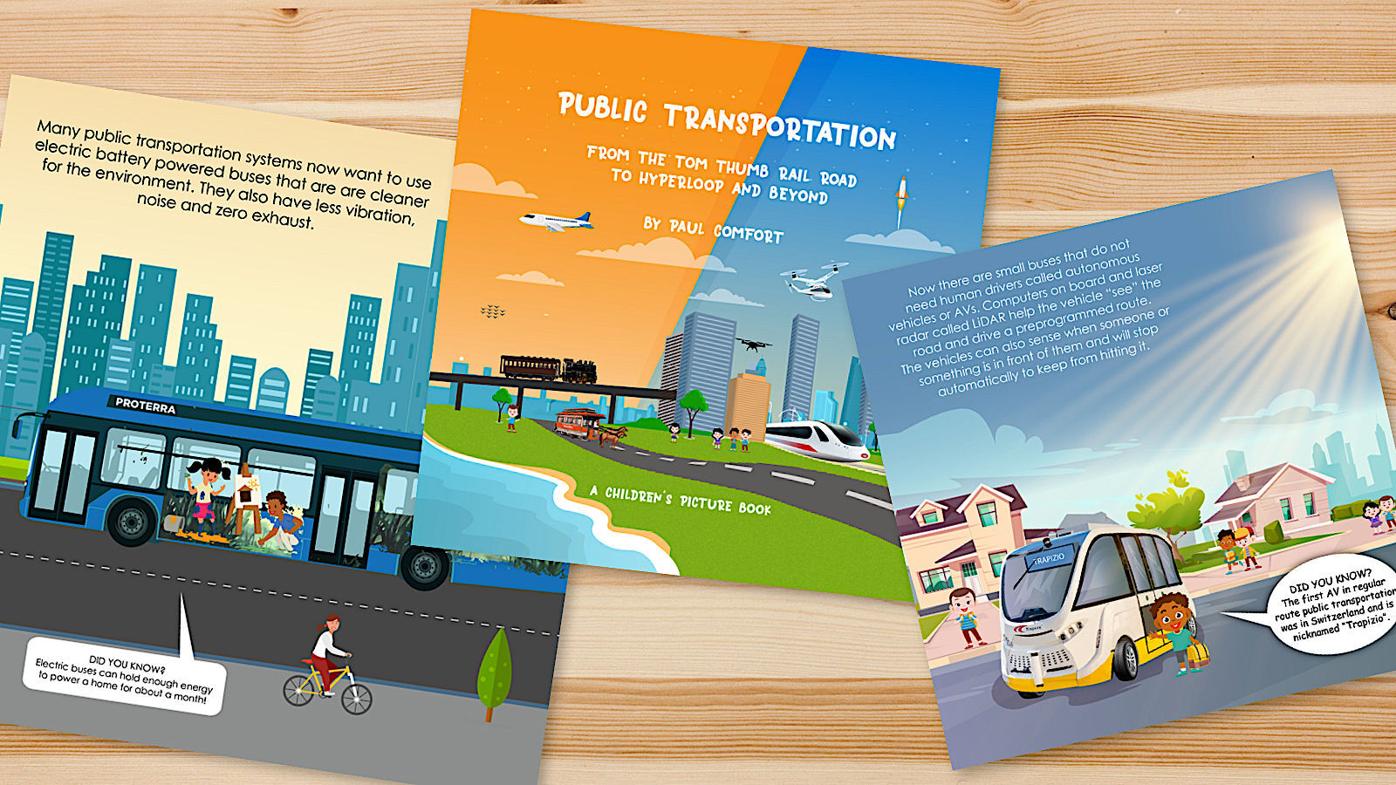 Paul Comfort crowd sourced the art in his children's book about transportation. He found his artist Sudeen KP in India. 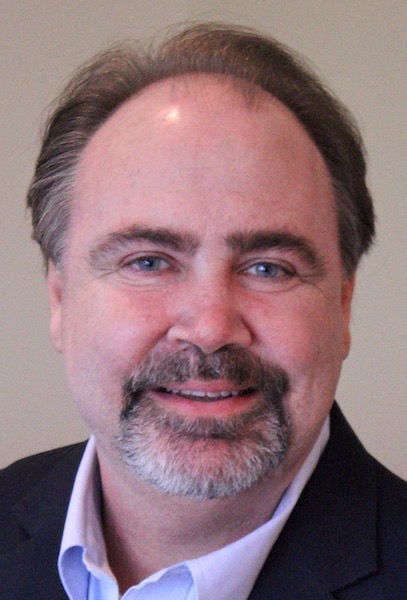 The book, “Public Transportation: From Tom Thumb Railroad to Hyperloop and Beyond,” can be purchased on Amazon.

“My goal with the book was to capture the imagination of children to give them a positive viewpoint about public transportation and maybe even help them consider working in the public transit industry eventually,” Comfort said.

The book’s description says, “Each page brings children to a different era and type of public mobility from horse drawn carriages to the first subways, buses, light rail vehicles and mag lev trains. Along the way they can picture themselves riding these fun vehicles and traveling to their destinations. Then children see how the future will be amazing with autonomous vehicles, Hyperloop and Vertical Take Off and Landing Aircraft (VTOL) shuttling them to a new age of public transportation.”

“I think of myself as a transit evangelist. I want to keep congestion down and the environment clean,” he said.

The glossy paperback version of the book published this month; it is geared toward children ages 5 to 15.

“It can be shared with children in public or private schools and home-schoolers can use this book,” Comfort said. “It will be translated into Spanish, Portuguese, Hindi, Nepalese and Chinese.”

He said he would love to see the book become part of school curricula all over the world as a way to introduce children to the important world of public transportation — its history, present and future.

He is a recipient of the transportation industry’s highest individual honor — The American Association of State Highway and Transportation Officials’ Presidents Award.

He has a definite vision about the future of travel.

“The city of DC contracted micro transit on a van payment online. You would subscribe like cable TV- you might not even need a car,” he said.

“Transportation Network Companies or TNCs are filled with companies like Uber and Lyft,” he said.

Some other visionary thinking about travel include these three programs.

Elon Musk, of Tesla and SpaceX, wants to build a hyperloop between Washington, D.C., and Baltimore. The goal is to have 1,000 passengers a day. Travelers would zoom through underground tubes at 600 mph. This would cut the commute down to 15 minutes.

Musk also has proposed building a hyperloop between Las Angeles and San Francisco. Projected time after going 600 miles an hour is 30 minutes

New York City has its Citi Bike program. It is useful for tourists and locals. They have 15,000 bikes in over 1,000 locations. After your ride, you can return the bike to any Citi Bike station. It costs $3 for one ride, $13.50 for an all day pass, and $179 a year pass. Like Uber, customers down load an app and sign up to pay.

The next phase is autonomous travel — being transported by an electric bus without a human driving — something sure to catch a kid’s imagination.