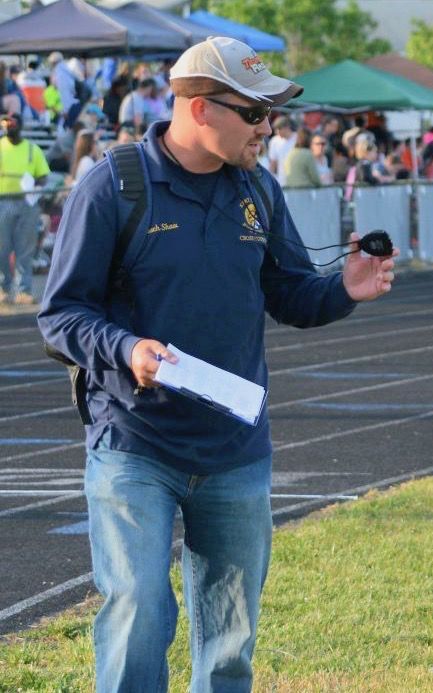 Rich Shaw is the head coach for Kent County High School’s indoor and outdoor track programs, and an assistant coach for cross country. 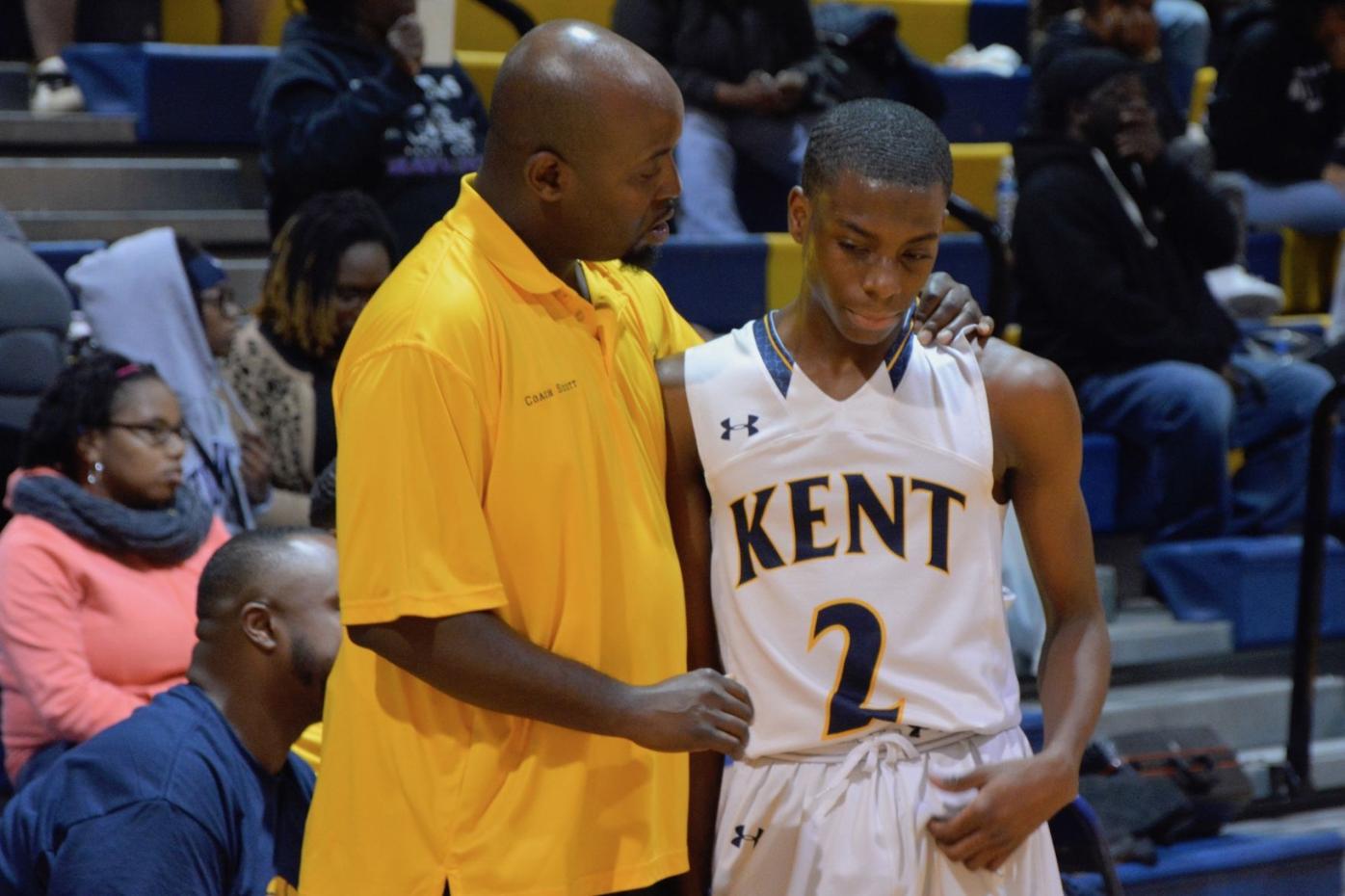 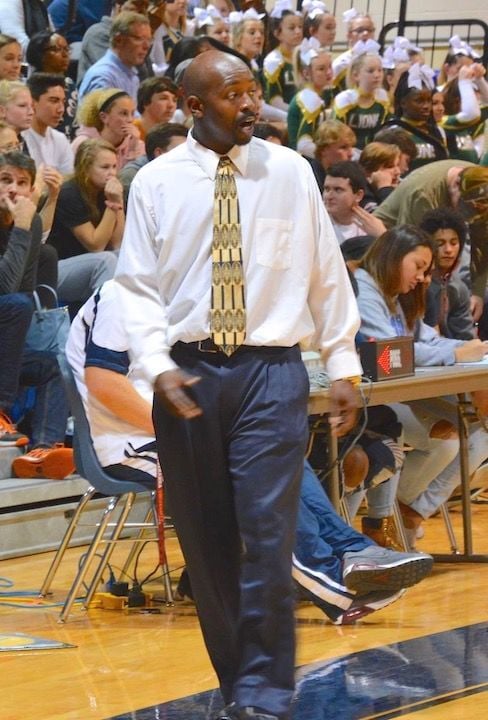 Sobaye Scott, a 1995 Kent County High School graduate, has been the head varsity boys basketball coach at his alma mater since the 2011-12 season. 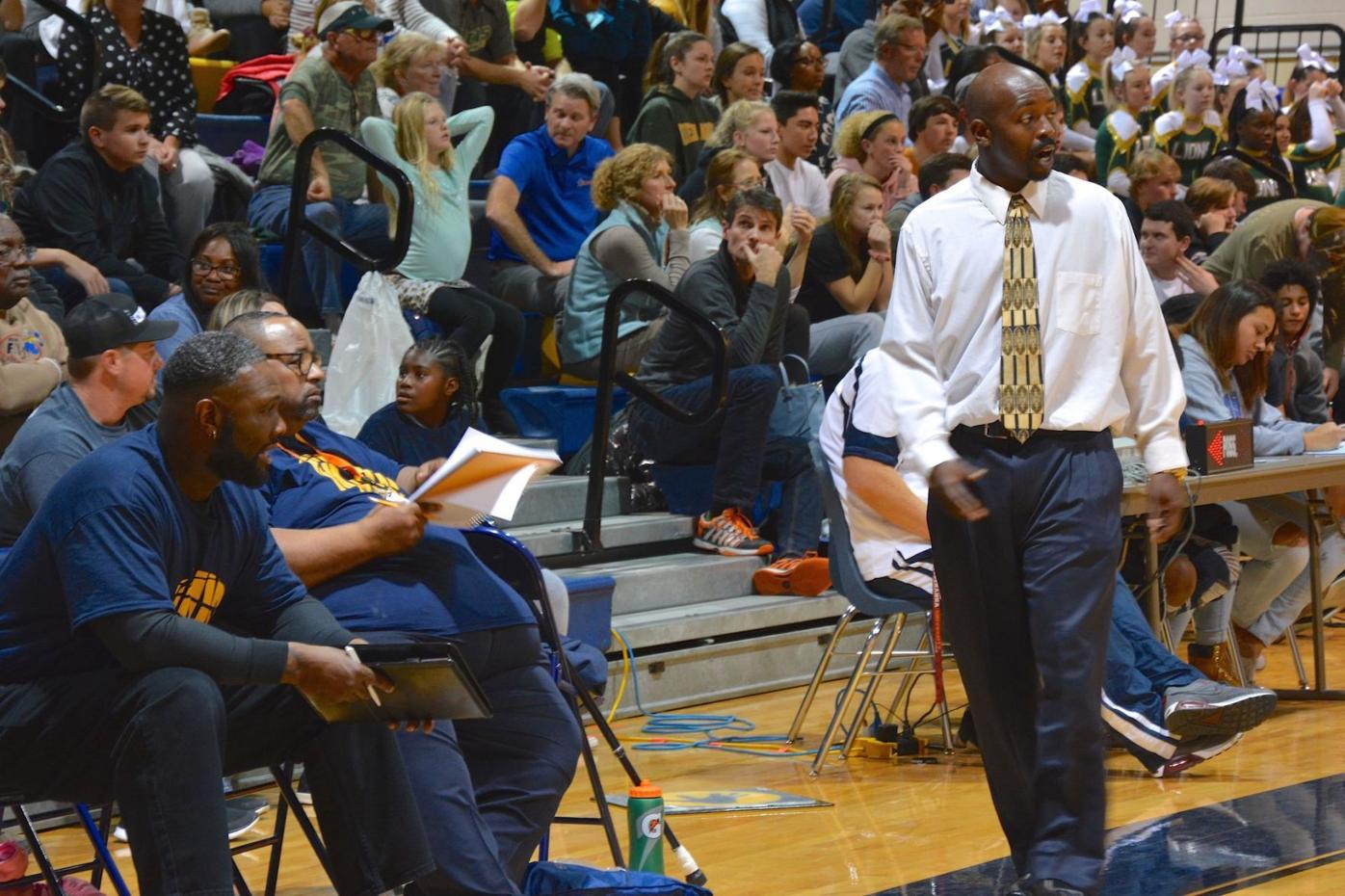 Rich Shaw is the head coach for Kent County High School’s indoor and outdoor track programs, and an assistant coach for cross country.

Sobaye Scott, a 1995 Kent County High School graduate, has been the head varsity boys basketball coach at his alma mater since the 2011-12 season.

KCHS Athletic Director Kevin Taylor said the athletic supervisors from all eight public school systems on the Eastern Shore, which comprise the Bayside Conference, were unanimous in the decision to cancel winter competition.

In a Jan. 11 written notice addressed to the Bayside Athletic Conference Community, conference President Dan Harding said the decision was made because “as of today every member county currently remains in a virtual learning environment with limited or no campus student engagement.”

Harding, the AD and assistant principal at Kent Island High School, is the athletics supervisor for Queen Anne’s County.

Taylor said that would not happen at KCHS, which is the only public high school in the county.

“There will be no practices, nothing. We will not engage in winter sports in any form,” he said in a phone interview Monday, Jan. 11.

Veteran KCHS coaches Sobaye Scott and Rich Shaw said they understood the reasoning behind the decision, but were disappointed.

“It stinks, but with everything that’s going on, I’d rather keep the kids safe,” said Scott, who was poised to begin his 10th year as head boys basketball coach at alma mater KCHS.

“It’s a shame for the seniors, but what’s most important is the kids’ health,” he added.

Shaw, who coaches track and field, said he was not surprised by the cancellation.

“I was hopeful that postponing the season a few weeks until after Winter Break that the numbers would have allowed for us to return to school and practice, but it did not work out that way,” Shaw wrote in an email to the Kent County News on Tuesday.

Instruction at KCHS has remained online since March 16, when schools across the state first closed due to the pandemic. A return to in-person learning is set for the start of the second semester on Feb. 1.

Typically, the turnout for indoor track is the largest of Kent’s three running programs. It draws year-round runners as well as athletes who want to stay in shape after their fall sports or get in shape for their spring sports.

Shaw joined the chorus of winter coaches — Scott and wrestling coach Chris Yiannakis, among others — who said they were especially saddened for the seniors who will lose a final year of competition.

“Many of them have participated in all three Indoor Seasons prior to this year and many have qualified for the Regional and State meets as underclassmen. I was looking forward to seeing what their Senior year had in store for them,” Shaw wrote in the email.

The school system’s Return to Play Committee on Dec. 1 canceled the 2020-21 swimming and wrestling seasons — at the time Taylor said he believed Kent was the first county on the Eastern Shore to cancel a winter sport due to concerns over the COVID-19 pandemic — and pushed back the start of the remaining winter sports until early January.

The tentative plan was for indoor track to become an outdoor sport with virtual meets.

Shaw embraced that option, believing that social distancing and other public health safeguards would not be possible at the Worcester County Recreation Center in Snow Hill, which is the traditional venue for indoor meets on the Eastern Shore.

“Even busing would have been an issue with the limits to the number of people. … Not to mention how uncomfortable it would be to have to wear a mask for over 12 hours with travel to and from Snow Hill as well as during the hours-long meet.”

Shaw said he was on board with outdoor virtual meets during the winter. While it was not what he described as “true competition,” he saw it as a safe and viable option to allow for some semblance of competition while also giving student-athletes an opportunity to interact with their peers and coaches.

“This format would have meant that we would not have to leave school at 11 a.m. for every meet, would not spend six or so hours on a school bus, and would not arrive back to school around 11 p.m. on those nights,” he wrote in Tuesday’s email.

“It also meant that the 5-6 hour long meets (instead) would be timed during our normal after school practices. This would have meant that we had some very cold practices, but we already typically ran in cold weather,” he said.

Scott said he was looking forward to the 2020-21 season, which would have afforded a team of mostly underclassmen the opportunity to create an identity separate from the “big names” of the last couple of years.

Sadly, this season also would have been the first for Scott without junior varsity head coach Darryl Deaton.

KCHS grads Scott ’95, Jim “Buck” Kennard ’83 and Deaton ’81 ushered in a new era of success for the Trojans’ basketball program when they came in together as the coaches in 2011-12.

With Deaton’s unexpected death in September, the cancellation of winter sports is a “loss on top of a loss,” Scott said.

Taylor said KCHS’ focus now is getting ready for the abbreviated fall season, which runs from Feb. 13 to April 17. The amended Maryland Public Secondary Schools Athletic Association 2020-21 calendar provides for 20 days of practices to be followed by five weeks of competitions.

Taylor said he anticipated that schedules — which had not been made as of press time Wednesday — would be discussed when Bayside Conference athletic directors meet this week.

The Kent County Board of Education on Monday night unanimously approved the hiring of Brian Aikin as the Trojans’ head football coach, giving KCHS a full complement of fall coaches.

Taylor said as of Monday, no coach had informed him they would opt out due to concerns about COVID-19.

Spring sports are due to start April 17 and run to the middle of June.

Coach Shaw said he was hopeful there will be “mini-seasons” for fall and spring sports.

“If we are allowed to practice and/or compete, I will be there for the Cross Country and Outdoor Track teams,” he wrote in Tuesday’s email. “So much has changed since last March, but having just a few hours each afternoon where the athletes and coaches can do what we have always done gives us some sense of normalcy again.”

Anne Arundel, Harford and Baltimore City school systems have made no official statement on the status of winter sports.