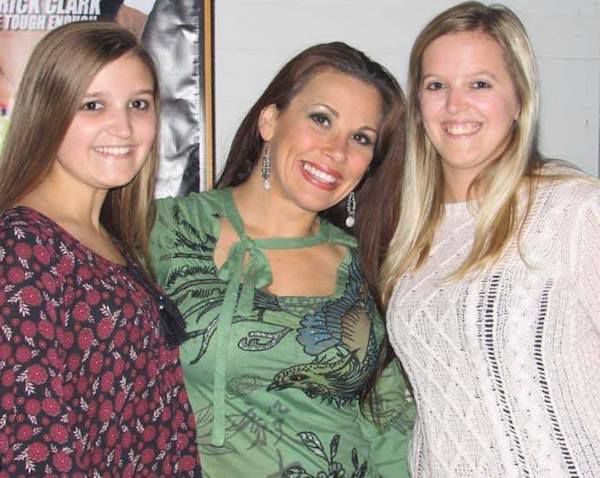 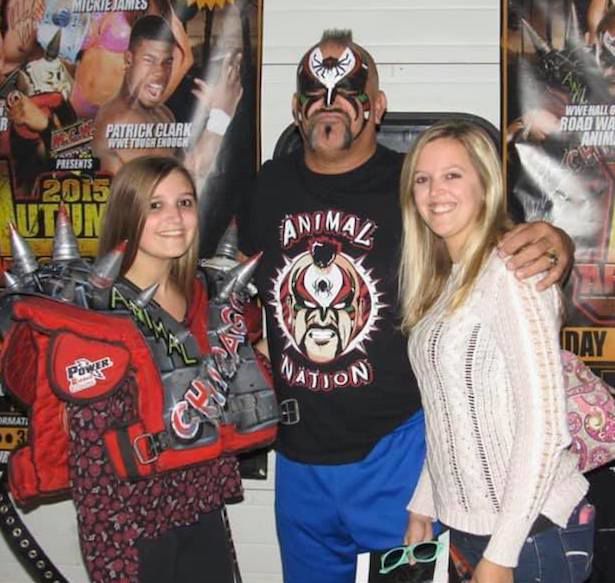 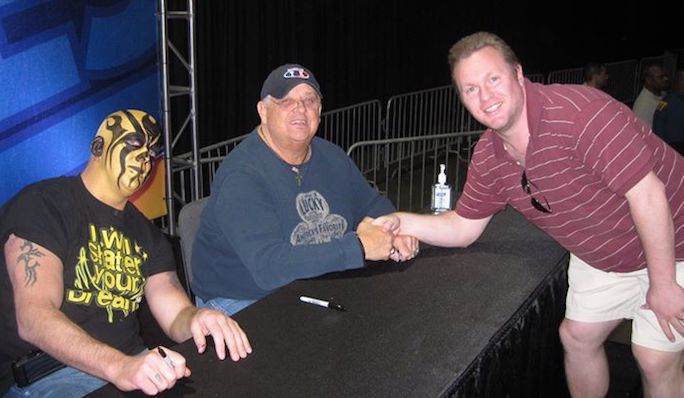 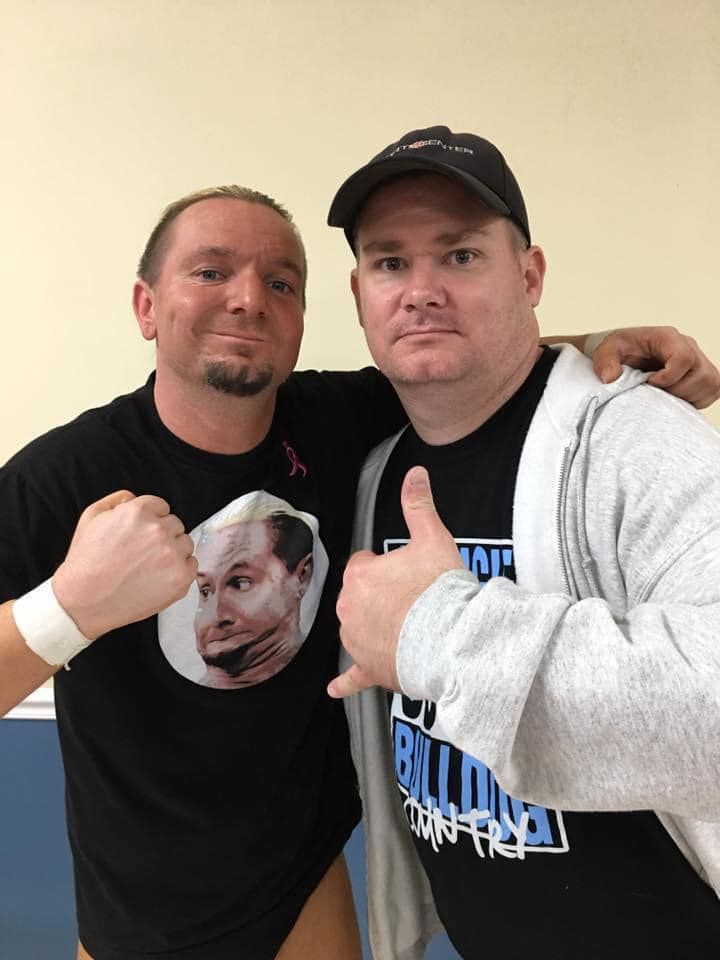 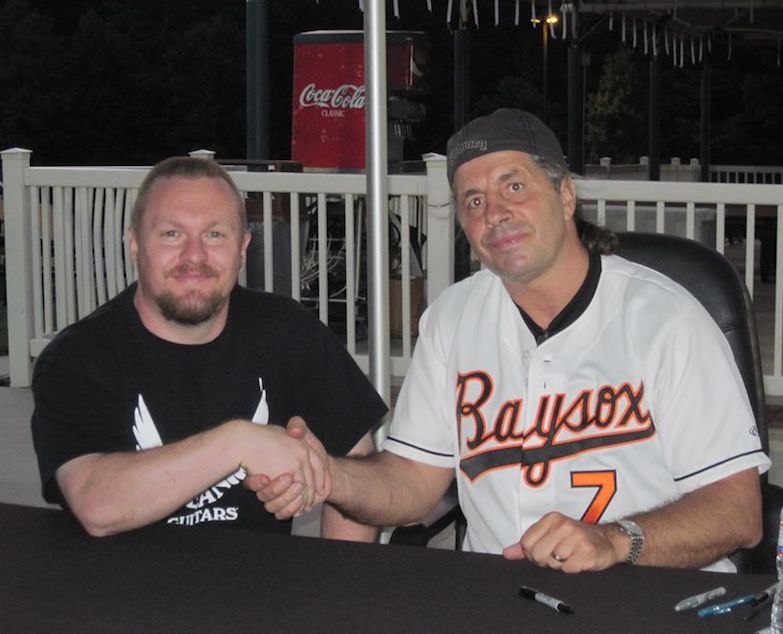 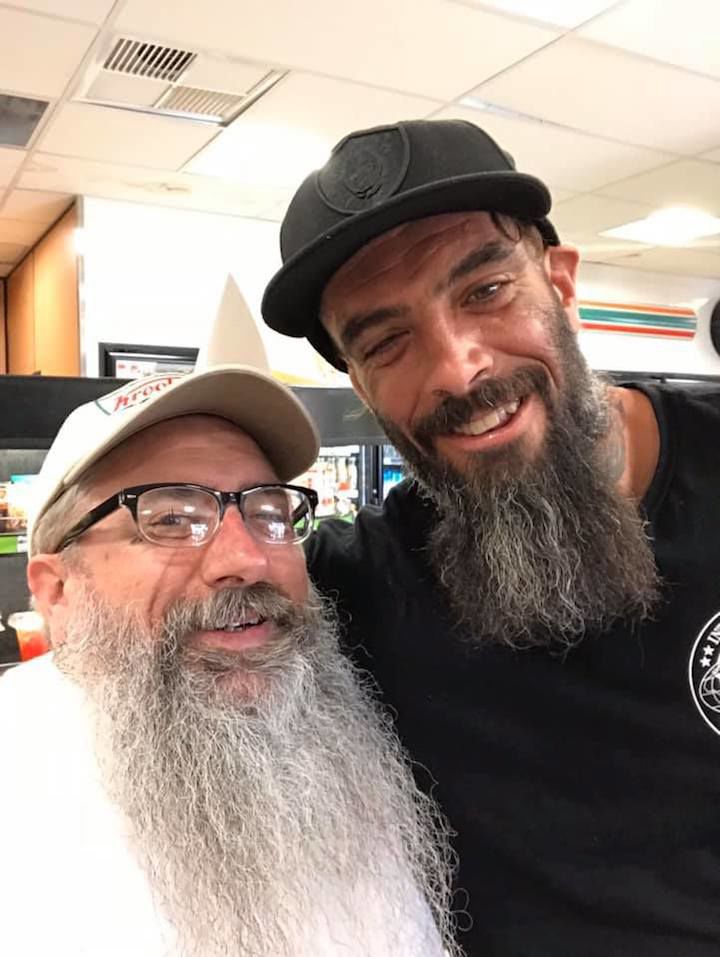 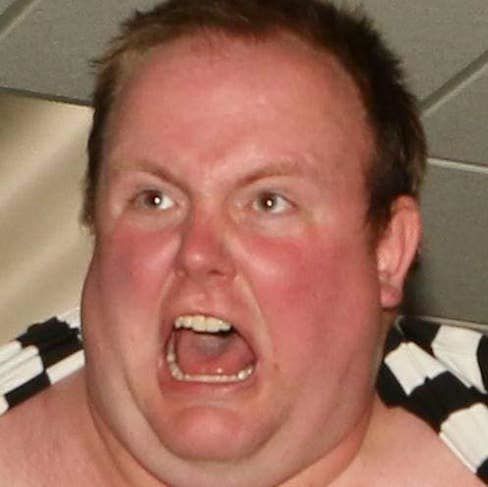 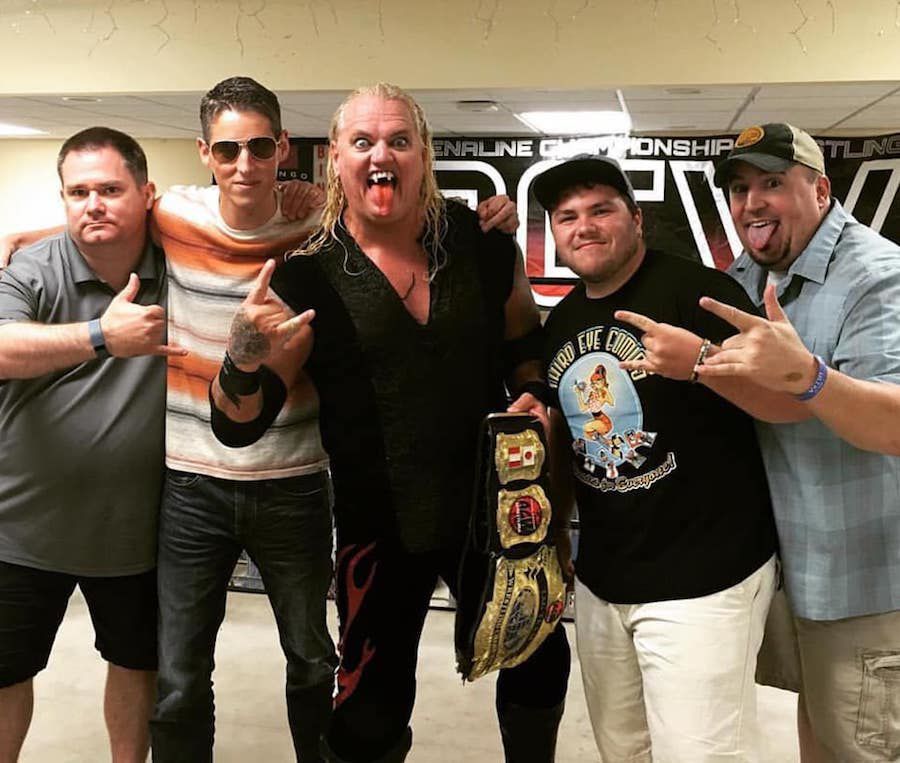 A group of locals with former WWE talent Gangrel. 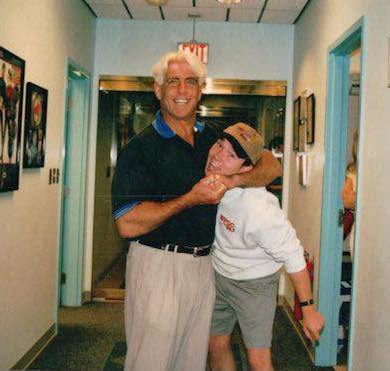 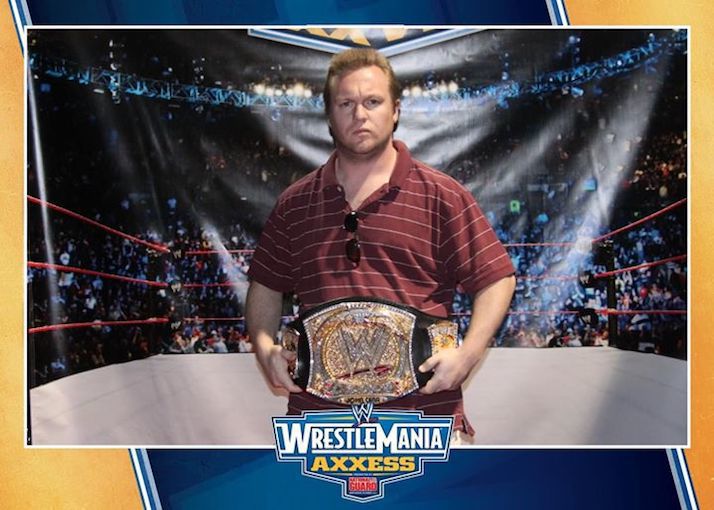 A group of locals with former WWE talent Gangrel.

DENTON — Caroline County, and indeed the entire Eastern Shore, has long been a hotbed for followers of professional wrestling. The Greensboro Firemen’s Carnival, for example, once upon a time hosted matches featuring some top names from the national women’s touring circuit — including Ann LaVerne in 1951. The Wicomico Youth and Civic Center has attracted locals to routinely scheduled WWF/WWE and WCW cards, some in costume and many toting catch-phrase signs, since its 1980 opening. Many county residents were spotted in Harrington, DE, on July 23, 1986, when internationally-revered superstars Bruiser Brody and Abdullah the Butcher squared off in a cage match main event at the Delaware State Fair, the first time wrestling had ever graced the presence of that annual affair. A similar turnout was duly noted in 2011 when TNA Wrestling ran a show there that July featuring former WCW world champions Jeff Jarrett and Scott Steiner as well as current WWE talents AJ Styles, Samoa Joe, Robert Roode, and Brian Kendrick.

The fans themselves have periodically become part of the story. A Henderson man named Ralph Biddle, for instance, made area headlines in 1987 when he won a contest for the opportunity to meet NWA champion Ric Flair by correctly guessing the length of a match between challenger Nikita Koloff and the “Nature Boy” himself. Pro Wrestling Illustrated subscribers from Greensboro and Ridgely, on more than one occasion in the late 1980s and early 1990s, saw their submissions published in the year-end tongue-in-cheek “reader awards” issue.

By the late 1990s, with pro wrestling experiencing a mainstream resurgence unmatched since the rise of Hulkamania a generation earlier, myriad independent promotions criss-crossed the nation with “spot shows” including events in Caroline County. A number of recognizable WWE, WCW, and ECW talents — among them King Kong Bundy, The Iron Sheik, Nikolai Volkoff, Yokozuna, Gangrel, Sunny, Stevie Richards, Gillberg, Mosh, Joey Matthews, Teddy Long, and James Ellsworth — performed for local audiences at the fire halls in Denton, Goldsboro, and Marydel (as well as equivalents across county lines) under the banner of organizations such as Maryland Championship Wrestling, Adrenaline Championship Wrestling, and Dynamite Championship Wrestling. Local youth leaders even brought in personalities such as WWE Hall of Famer and two-time Olympian Mark Henry for a weightlifting demonstration and retired wrestler-turned-motivational speaker “Wildman” Marc Mero to inspire adolescents of the community.

Caroline County additionally boasts of some homegrown in-ring talent. Fans beyond the immediate area would immediately recognize names such as Russell Sensenig, Eric Chapel, and the Briscoe Brothers — the latter of which, though not residents of the county, were tattooed by local artist Ken Motter. The aforementioned Ring of Honor tag team also appeared at the Denton Arby’s this past November as part of a holiday Toys for Tots drive organized by the Delmarva Wrestling Digest, which incidentally is published out of Federalsburg.

Judging by a recent thread on the facebook group Caroline Past and Present as well as a plethora of social media check-ins at pay-per-view events, selfies with performers, and other viral sports entertainment comments made by locals online, residents today continue to follow pro wrestling with rabid interest. This focus includes ongoing reactions to the current status of WrestleMania 36: while essentially every other form of live commercial entertainment is shut down due to COVID-19 concerns, wrestling is still going strong. Well, sort of. The WWE and its main competition, AEW, enjoy the benefits of their own respective corporate facilities to stage closed set episodic shows and cinematic remote location filming while still somewhat adhering to social distancing guidelines. So while WrestleMania this year will have an official attendance of more or less zero, county enthusiasts and others with a WWE Network subscription will still be able to experience a truly unique, and also for the first time ever, two-day sports entertainment pay-per-view extravaganza.

In light of the current absence of legitimate sports content, here’s a look at several more unique WrestleMania spectacles to reflect upon during this unprecedented shutdown:

WrestleMania I: This first installment in the series set the standard for all future supercards. The event enjoyed mainstream exposure due to the WWF’s “Rock ‘n’ Wrestling” cross-promotion with MTV as well as active participation by Cyndi Lauper, Mr. T, Muhammad Ali, Billy Martin, and, of all people, Liberace.

WrestleMania III: Emanating from the Pontiac Silverdome, an alleged 93,000-plus spectators witnessed the high water mark of Hulkamania and the 1980s wrestling boom in general. Hulk Hogan bodyslammed Andre the Giant to defeat him in the main event.

WrestleMania IV/V: Wrestling scholars typically lump these two events together for several reasons. First, they were both held in Atlantic City and featured the earliest of several WrestleMania appearances by future president Donald Trump. Second, the cards represent the beginning and end of a lucrative and dramatic soap opera-style story arc that started with Randy Savage winning his first WWF world championship in 1988, then losing it to Hulk Hogan a year later as feelings for Miss Elizabeth tore them apart.

WrestleMania IX: This was the first WrestleMania to be held outdoors. Broadcast from Caesars Palace in Las Vegas, the theme for the set and announcer costumes was Ancient Rome. Hulk Hogan regained the WWF title from Yokozuna in an impromptu main event challenge.

WrestleMania XIV: Mike Tyson earned the WWF plenty of mainstream attention as an active ringside “enforcer” according to the main event storyline. Pete Rose also made the first of several cameos to initiate a feud with Kane.

WrestleMania XXIII: Donald Trump returned to battle WWE chairman Vince McMahon. Through the use of proxy wrestlers, Trump was victorious; he also landed some vicious punches and a monster clothesline at ringside during the “Battle of the Billionaires” segment.

WrestleMania XXXV: For the first time ever, a women’s match was the main event. Charlotte Flair, Ronda Rousey, and Becky Lynch did battle, with Lynch prevailing albeit with the help of a disputed three-count. Her reign as RAW Women’s Champion continues more than a year later.

Chad Dean, who admits to attending WrestleMania XXVII at the Georgia Dome in Atlanta, considers himself more of a wrestling critic and scholar than an actual fan.