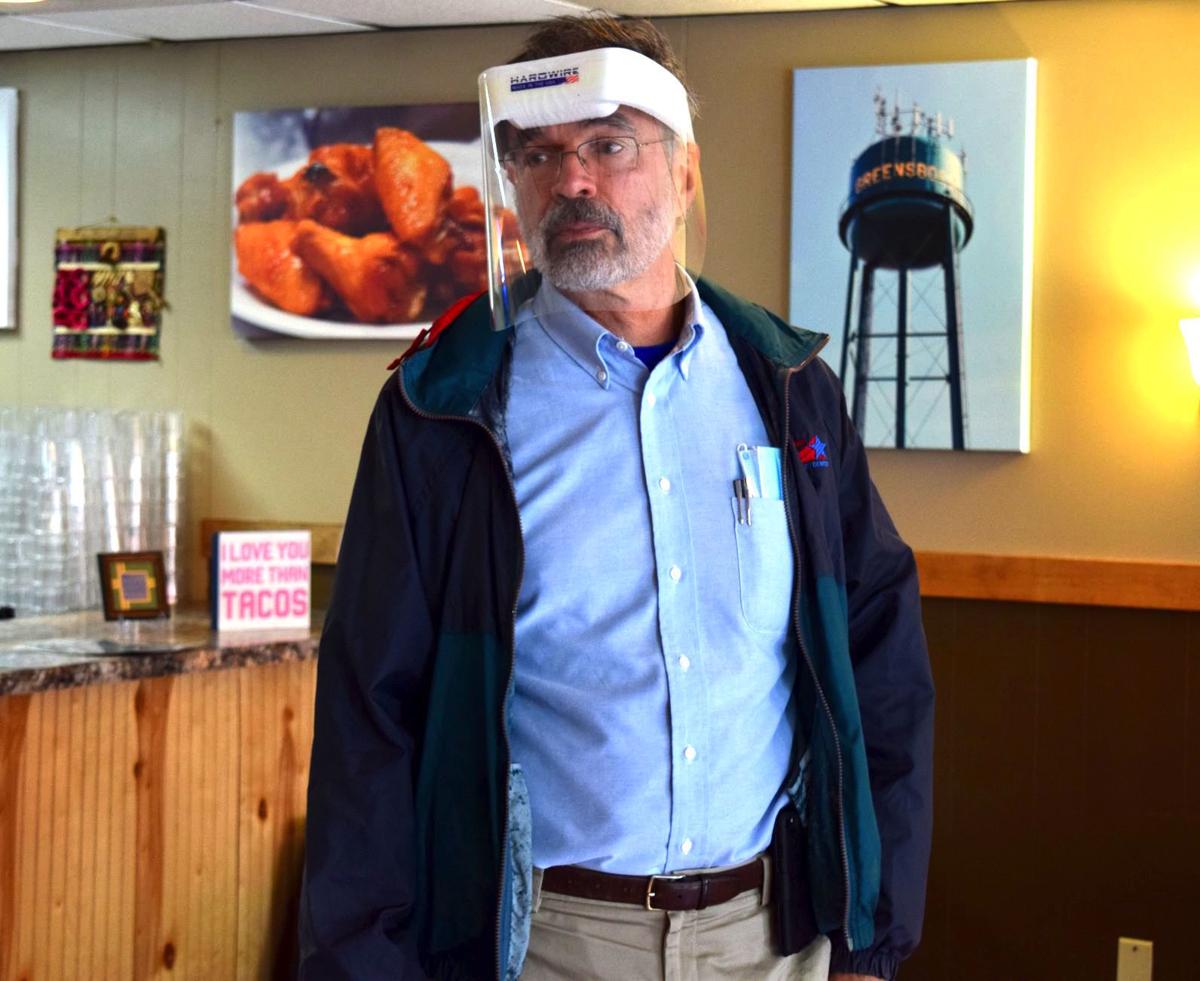 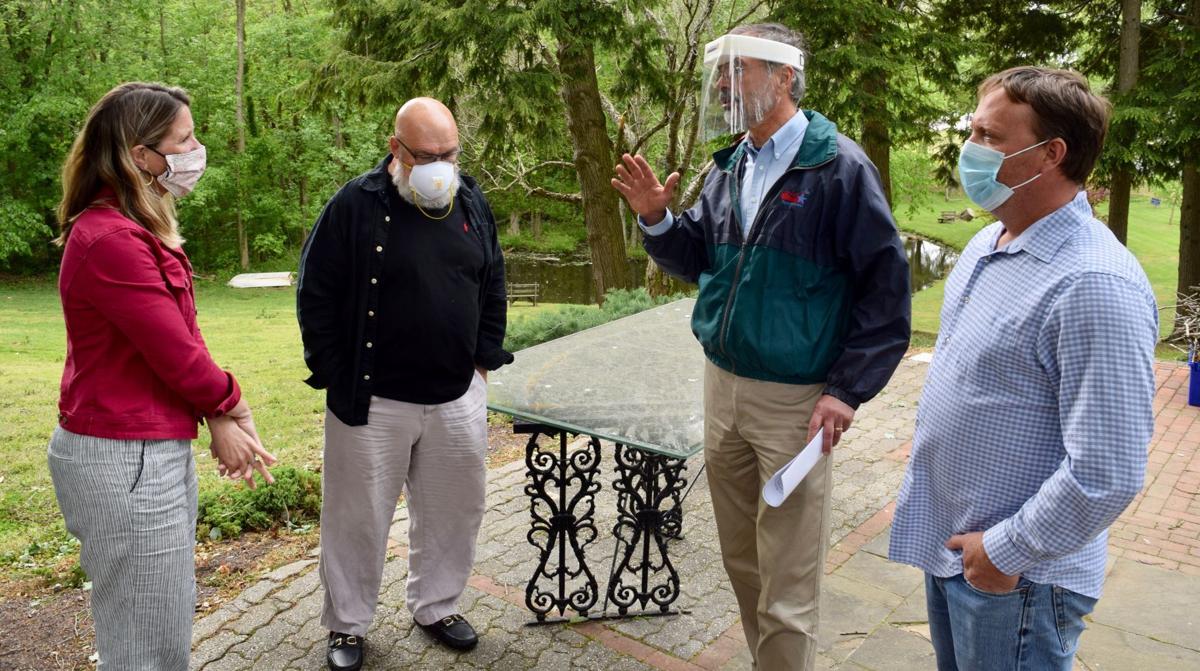 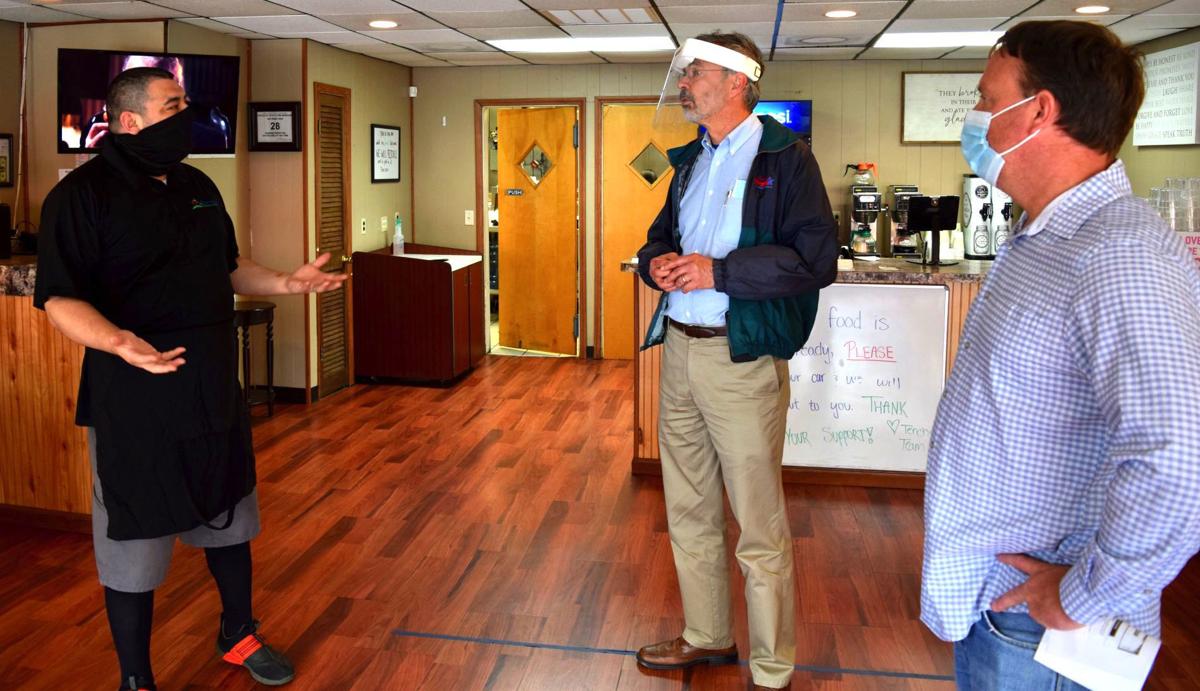 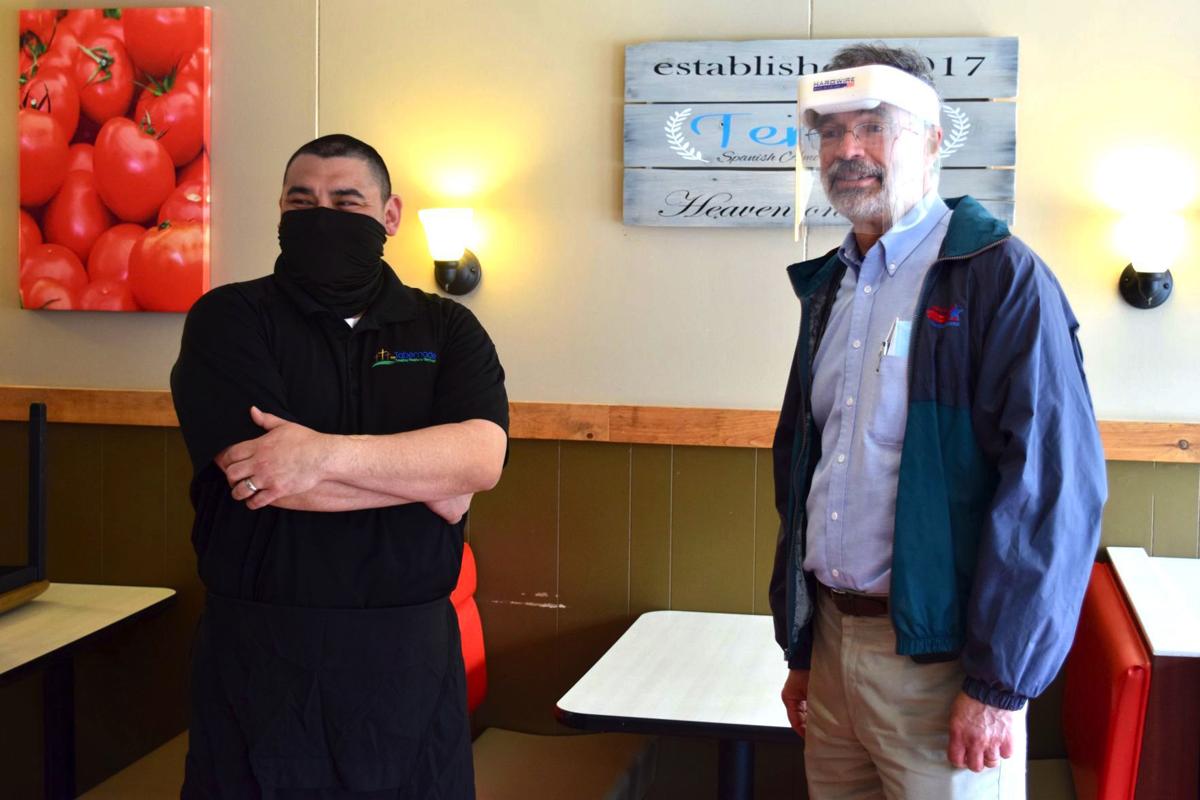 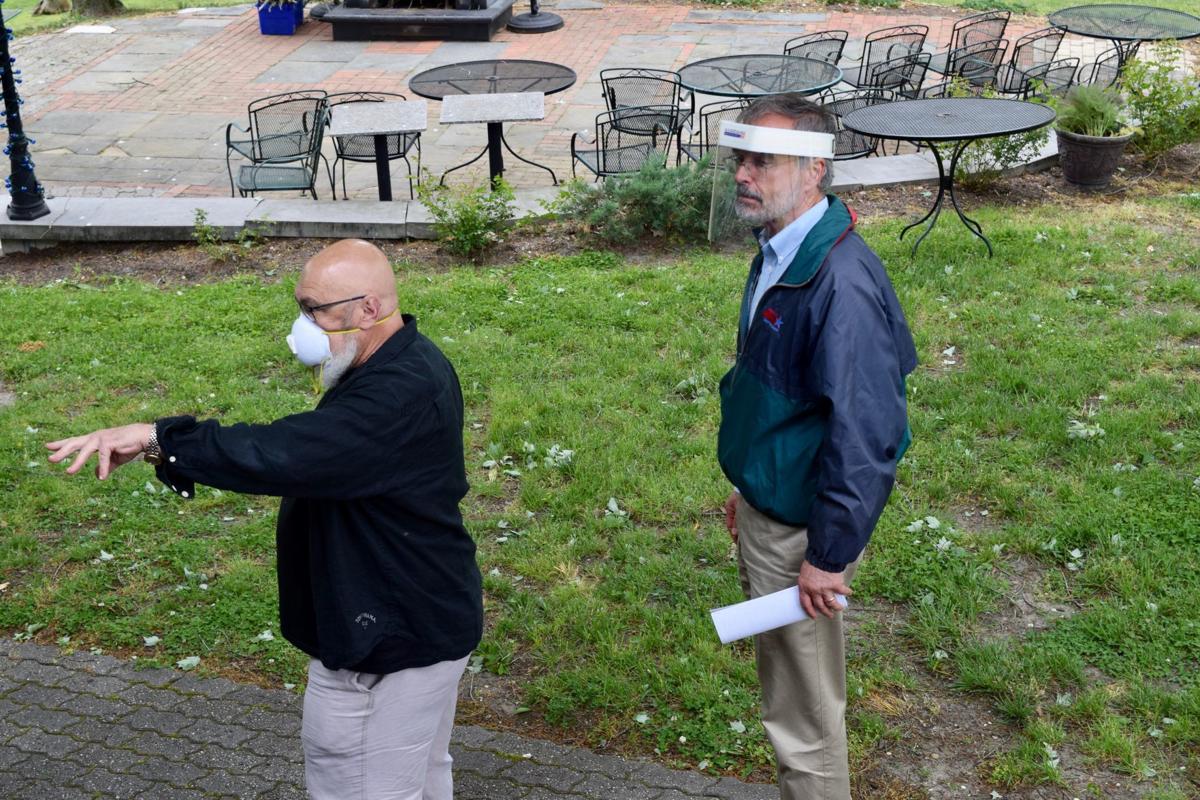 He wanted to show owners support as they weather the COVID-19 storm and prepare to reopen, and he continued to push for restaurants to reopen with outdoor seating available rather than carry-out only. In Caroline County, he was accompanied by Del. Jeff Ghrist, R-36-Caroline, Cecil, Kent and Queen Anne’s.

Harris talked with owners about how they’ve gotten through the crisis and what they may need going forward. He also discussed the restaurants’ capabilities for outdoor seating — how the owners might adapt if they’re able to reopen outdoors.

Harris knows restaurant owners are eager to get business rolling again, and said that towns on the Eastern Shore “all depend on anchor businesses — restaurants.”

Harris’ first stop in Caroline County was Tenchi Spanish American Kitchen in Greensboro. Owner Nick Wake had to close his restaurant for more than once.

Wake closed for two weeks at the very beginning of the pandemic as he figured out how he’d manage his business during the crisis. And he had to shut down for a few weeks when he contracted COVID-19. He recovered within a week, but needed to make sure his family and staff were safe.

He said it helped that most of his staff was either family or high school and college students who weren’t relying on the income. Once they reopened, they’ve had to make adjustments to their menu to ensure profitability, and he said his customers were all understanding.

Tenchi isn’t currently equipped for outdoor seating, but Wake said he’s prepared to adapt if necessary. He’s not entirely sure if he’d buy new tables and chairs to set up outside the building front or if he’d move existing tables and chairs outside from the restaurant’s dining area. But he knows he has options.

Wake indicated that opening at 50% capacity might not work for his business. He said he told his wife he’d feel comfortable at 80% capacity.

Through it all, he’s trying to take care of his employees.

“We do want traffic. We do want to reopen,” Wake said. “But we have to make sure it makes sense. We don’t want to stress our team out to where they hate their job now.”

“We’re very appreciative to see people from the federal level visit us here, especially as a small business in a very small town,” Wake said. “We’re thankful to see that. It means a lot to us. We know that they care. It shows that they have a level of humility to come visit a very small (business). We’re a tiny business. By the definition of small business in the federal government, we’re a tiny business. And to have the support from a congressman, it means a lot to us.”

After Tenchi, Harris visited Harry’s on the Green in Denton, where he also checked in with nearby Joviality Gift Shop owner and Denton Mayor Abby McNinch.

Harry’s was closed throughout the pandemic. Owner Harry Wyre said his business wouldn’t have been profitable without alcohol sales to support the restaurant. But they’re finally opening for carryout 3 p.m. on Thursday, May 21.

Wyre is concerned about customers coming by for carryout and then going to eat nearby with a group, which Ghrist said could put law enforcement in a precarious situation.

Compared to Tenchi, Harry’s has plenty of space to support outdoor seating. They already have a back patio setup with tables and chairs. But Wyre’s main concern is liquor laws.

There are strict rules in place from the liquor license board about taking alcohol a certain distance away from the establishments they were sold in.

Harris related to the struggle.

For Harry’s to take advantage of reopening with outdoor seating, those restrictions would need to be relaxed. While the restaurant has outdoor space, it’s not right out in front of the restaurant. The patio is down a short path behind the building. There’s plenty more space beyond the patio, but it would be pointless if customers can’t take liquor out there.

Harris and Ghrist said they would work on getting those restrictions temporarily relaxed while social distancing restrictions remain in place.

Wyre said reopening during the crisis could create a financial predicament of spending money just to stay afloat.