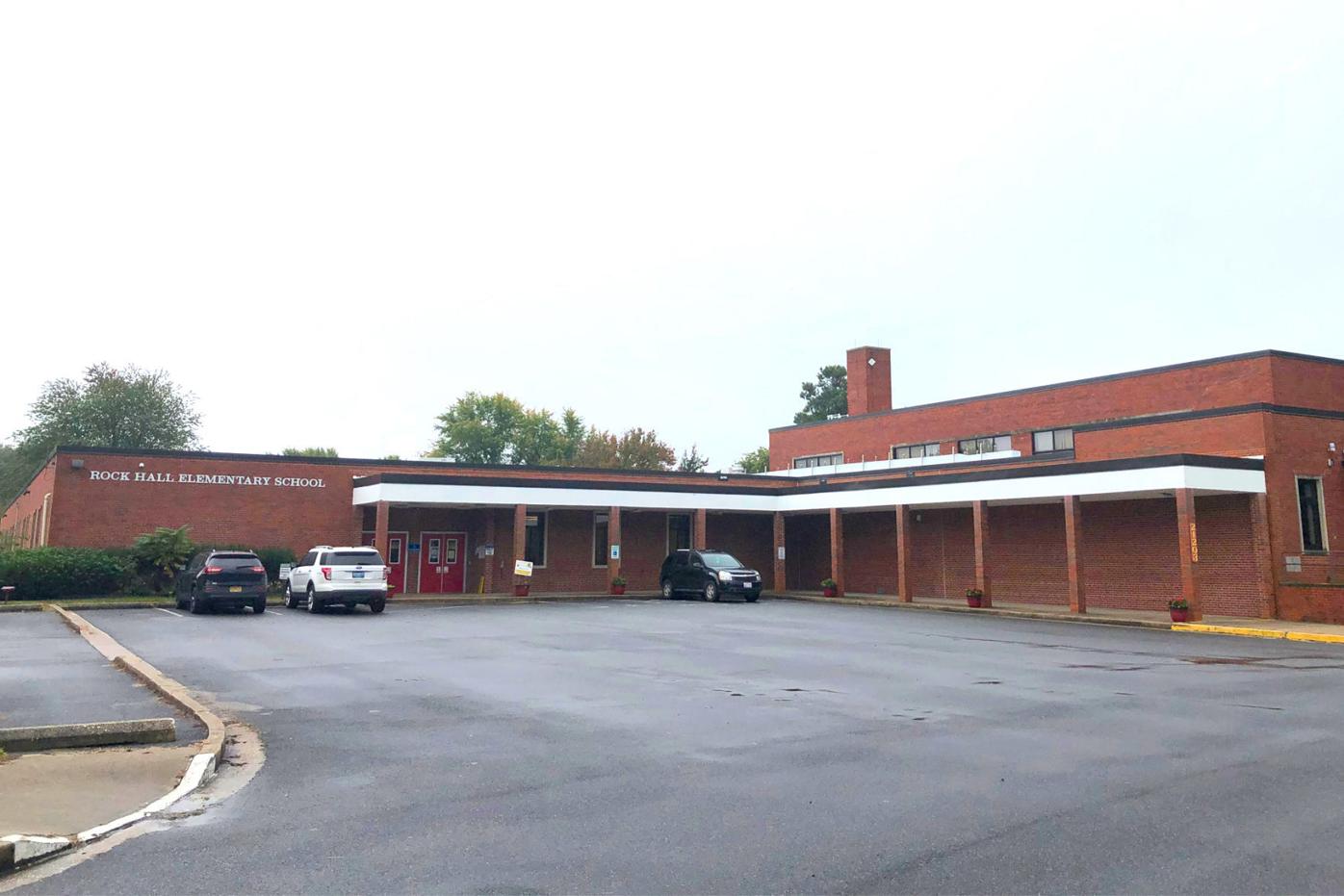 As administrators look at bringing kindergartners through eighth-graders back into classrooms, Rock Hall Elementary School, seen here, and Kent County Middle School may be able to host students for four days a week of in-person instruction, as opposed to two days in other buildings. 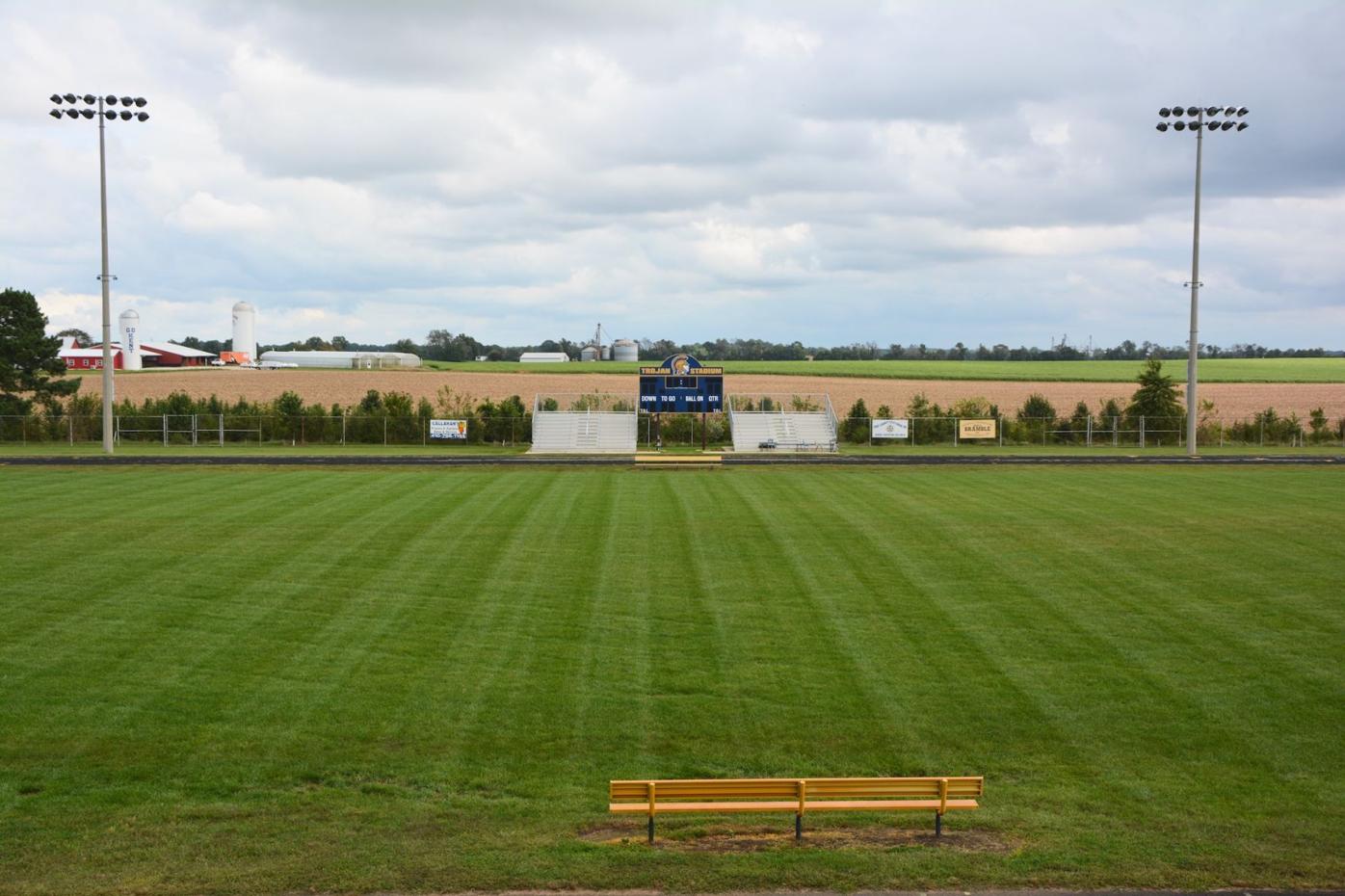 Trojan Stadium at Kent County High School may start to see some use again beginning next week. The high school is slated to start a three-week, out-of-season practice session for fall sports. Similar sessions will follow for spring and winter sports.

As administrators look at bringing kindergartners through eighth-graders back into classrooms, Rock Hall Elementary School, seen here, and Kent County Middle School may be able to host students for four days a week of in-person instruction, as opposed to two days in other buildings.

Trojan Stadium at Kent County High School may start to see some use again beginning next week. The high school is slated to start a three-week, out-of-season practice session for fall sports. Similar sessions will follow for spring and winter sports.

ROCK HALL — Kent County Public Schools continues to move forward with plans to bring many students back to the classroom this fall and to relaunch high school sports.

In a series of presentations at a Board of Education meeting Monday, Oct. 12, administrators discussed moving to a hybrid teaching model for kindergarten through eighth grade at the start of the second quarter in about a month. Pre-kindergartners returned to classrooms Sept. 28.

Superintendent Karen Couch opened the meeting by thanking the administrative team, teachers and staff for all their hard work over the last month.

“It’s been a difficult situation. It’s definitely been something we’ve never had to navigate before. But everybody has stepped up and we’re excited that we’re bringing our kids back to school,” Couch told board members.

The school system received 914 responses to a survey for K-8 families asking about students returning to classrooms. Results showed 58.1% of families supported sending their students back to school for a hybrid instructional model, while 41.9% would prefer their children continue with fully remote classes.

Couch said the number of responses equals about 50% of the school system’s K-8 families.

The KCPS reopening plan has called for moving to a hybrid model for K-8 going into the second quarter in the fall, while high schoolers would remain remote until the end of the first semester, which is Jan. 28.

Couch said based on the number of students who would be returning for hybrid instruction and classroom sizes within the buildings, Rock Hall Elementary School and Kent County Middle School in Chestertown could have single in-person student cohorts attending four days a week, with remote learning on Friday.

On the flip side, survey results show that Galena Elementary School parents overwhelmingly want their children returning to the classroom, with parents of no more than seven students per grade preferring fully remote instruction.

Couch said Rock Hall Elementary and KCMS families who might consider that four-day in-person option would have to commit to it through the end of the second quarter.

“For planning purposes, we can’t have kids coming in and out of the plan,” Couch said.

Director of Teaching and Learning Gina Jachimowicz said administrators are looking at a number of considerations in dividing up the cohorts, such as matching up siblings and looking at transportation needs. She said everyone in the school system also is working on how to best balance in-person and remote classes to ensure cohorts are on the same pace for curriculum units.

When it comes to reporting a potential COVID-19 infection within the school system, Supervisor of Secondary Education and Student Services Tracey Williams said a form letter has been prepared for notifying families, as well as another letter announcing a required quarantine.

Williams said those letters would be emailed to parents as soon as possible should the need arise. She said the letters would not be sent out school system wide, but would instead be targeted to families at an affected school.

Pivoting to high school sports, Taylor said the Bayside Conference opted not to start fall seasons earlier this month as offered by State Superintendent of Schools Karen Salmon. He said conference schools stuck together, which meant had KCHS moved forward at that time with fall sports, the Trojans would have found themselves with no one to play.

The next window for a formal sports season opens in February, though a request is reportedly pending before state administrators for a December start.

In the meantime, KCHS still plans to begin some form of after-school athletics.

“The last three or four weeks, we’ve been discussing getting our athletes back on campus to help them socially, emotionally, mentally,” Taylor said.

The plan is to offer series of out-of-season practice sessions, each running three weeks. Fall sports would commence Monday, Oct. 19 and run through Nov. 6. A three-week session for spring sports would start Nov. 9 and go until Nov. 27. Then winter sports would get a turn Nov. 30 through Dec. 18.

Taylor and board members discussed some sports that would pose additional health risks and logistical challenges, such as wrestling, indoor track and swimming.

For those sports being offered, athletes would be broken into pods of no more than 15 within their sports. Week one would be conditioning, then week two would be coaching and instruction and week three would be intra-squad scrimmages.

The sessions will be held at coaches’ discretion and availability. Practices will run from 3 to 4:30 p.m. Students are still required to have a completed athletics physical before participating.

Public health protocols will be in place, with locker rooms closed, students required to bring their own water and sanitizing stations to be placed outside the school for athletes. Car-pooling is being discouraged.

“We understand that it’s going to increase the risk level when it comes to COVID-19 by putting that many kids on campus. However we feel as though with the acres we have out there we can certainly spread them out enough,” Taylor told board members, adding that KCHS offered out-of-season conditioning sessions in July without incident.

Board member Trish McGee, who also serves as field hockey coach for KCHS, spoke about how local students are already participating in recreational sports programs and leagues in other counties without issue.

“It can be done,” McGee said of offering student athletic opportunities here.