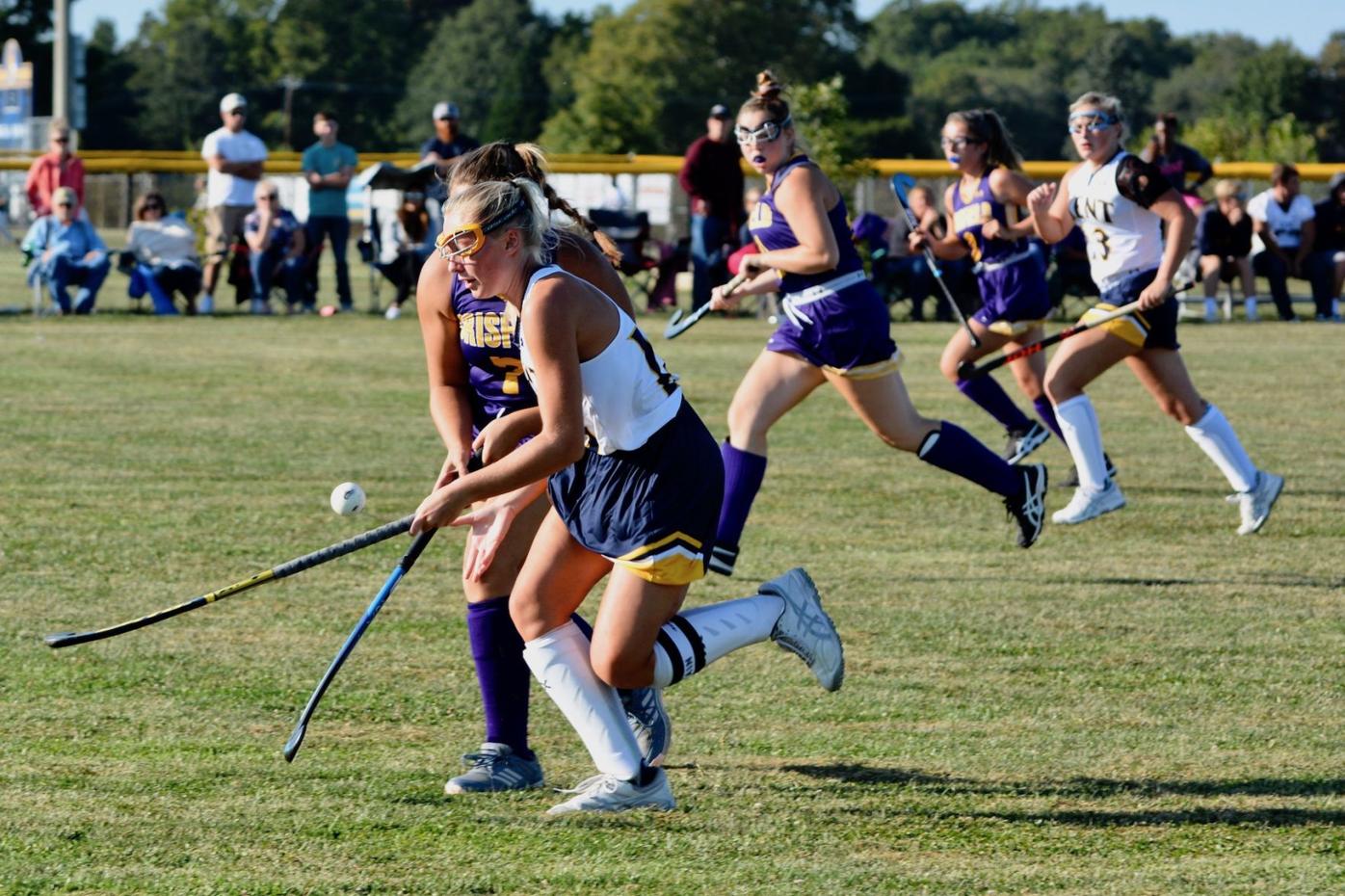 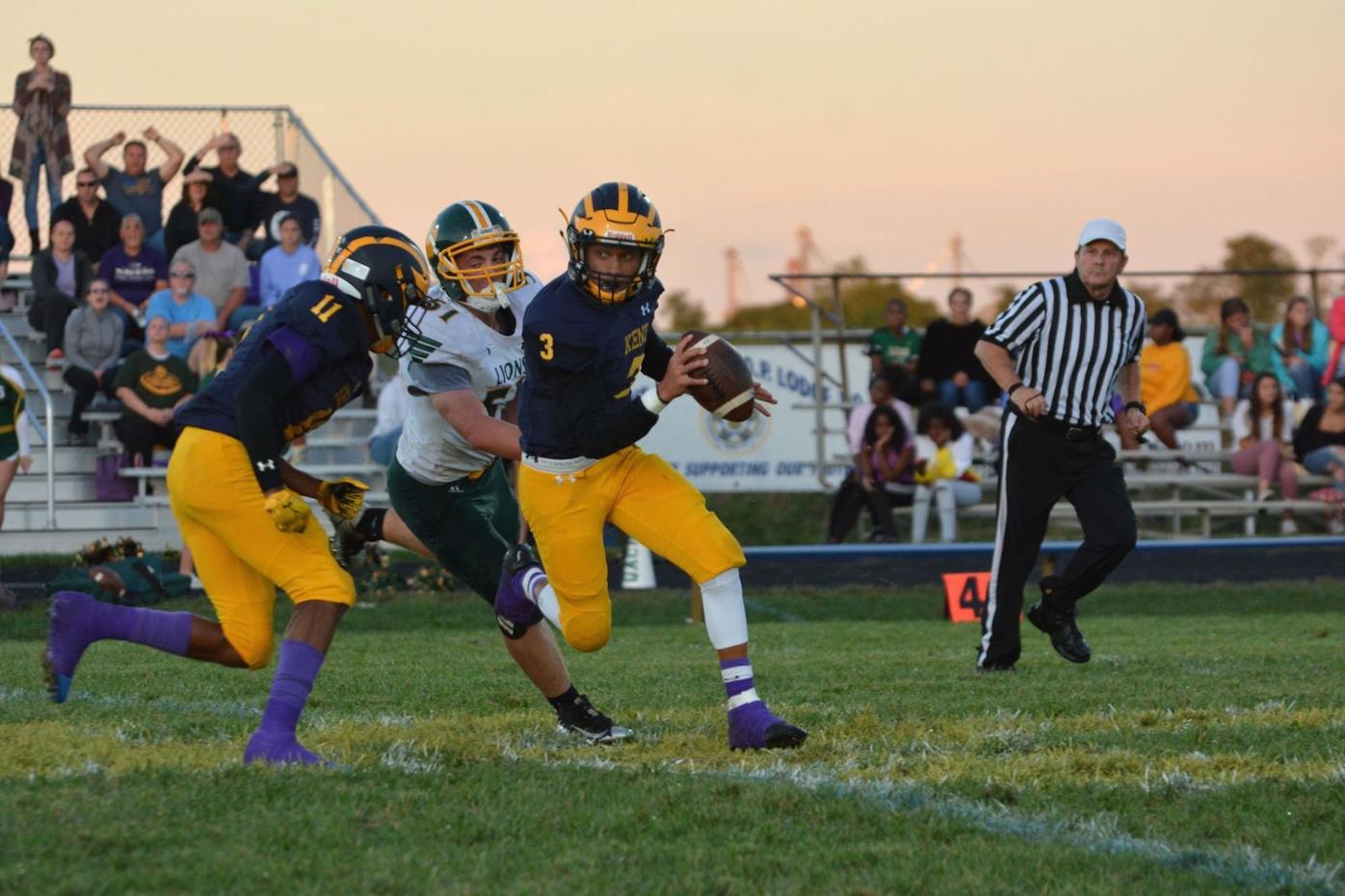 Senior Thomas Goldsborough returns for a third year as the starting quarterback at Kent County High School. On Feb. 3, the 17-year-old Goldsborough signed a National Letter of Intent to play football at NCAA Division I Long Island University in Brooklyn, New York.

Senior Thomas Goldsborough returns for a third year as the starting quarterback at Kent County High School. On Feb. 3, the 17-year-old Goldsborough signed a National Letter of Intent to play football at NCAA Division I Long Island University in Brooklyn, New York.

WORTON — Field hockey in February is unconventional. Ditto for other fall sports such as cross country, football, golf, soccer, volleyball and unified tennis.

But that’s the plan when high school sports on the Eastern Shore return this weekend after a nearly year-long hiatus, a ripple effect of the COVID-19 pandemic that has disrupted every aspect of our lives.

“It looks like it now will come to reality, which is a good thing,” Kent County High School Athletic Director Kevin Taylor told the county Board of Education at its regularly scheduled meeting Monday night.

KCHS is a member of the Bayside Athletic Conference, which is comprised of all 18 public high schools on the Shore.

Athletic directors and supervisors in the conference, with support from their superintendents, were unanimous in adopting abbreviated eight-week fall and spring seasons.

The fall season is Feb. 13 to April 17, with competition to begin March 5.

The spring sports of baseball, softball, tennis, lacrosse, track and field, and unified bocce will begin April 17 and run through June 19, which will take the season past graduation.

The last time Kate Ervin stepped on a playing field at Kent County High School was March 12, 2020. It was a Thursday. Just an ordinary day.

Though it was 11 months ago, Ervin clearly recalls that as practices were ending for Kent’s lacrosse players, members of the boys team shouted out to the girls, somewhat cheerfully, “See you in two weeks.”

The news already had reached the KCHS campus that Gov. Larry Hogan and Superintended Karen Salmon were shuttering all public school buildings across the state beginning Monday, March 16 and continuing through Sunday, March 29.

Kent County Public Schools students were sent home immediately after the final bell on Friday the 13th; all after-school activities — including high school sports — were canceled.

The initial two-week school shutdown was extended again and again and again. Ultimately in-person instruction would not be resumed until the start of the 2020-21 academic year in September.

Individual school systems were pretty much left to their own to craft “recovery” plans on how they would reopen. Instruction was the primary focus, though consideration also was given to athletics.

All the Bayside Conference schools stuck together on how to bring back sports. They pushed the pause button on a fall season, ultimately canceled the winter season last month and then, after a lot of back and forth, on Feb. 2 agreed to shorter fall and spring seasons.

We’d be hard-pressed to find anyone more thrilled to get back on the field than KCHS seniors Ervin (Bryn Mawr, field hockey) and Thomas Goldsborough (Long Island University, football), who on Feb. 3 signed National Letters of Intent to take their game to the next level.

“I’m definitely excited to get back with the team. Since I play three (high school) sports, I’ve never been without a team,” she said.

Goldsborough, the Trojans’ quarterback, said he was “really pumped up.”

The truncated football season will include probably no more than six games.

“We’re at least getting something, and something is better than nothing,” Goldsborough said.

Kent will have its third head football coach in four years, Brian Aikin. He met with the team over Zoom last week.

Susan Wright-Taylor, who is back for a fifth year as Kent’s head field hockey coach, has indicated that her team probably won’t hold its first practice until next Monday — and that’s tentative given the forecast of snow and bitter cold temperatures for the weekend.

Wet, sloppy fields could hinder practice as much as the cold weather.

At Monday night’s school board meeting, Taylor, who is both athletic director and athletics supervisor at alma mater KCHS, said schedules for many of the fall sports have been posted. As of press time Wednesday, Feb. 10, the Trojans’ schedules for cross country, field hockey, boys and girls soccer and volleyball could be found on the DigitalSports website.

Volleyball is the only indoor sport. All players, coaches and spectators will be required to wear masks at all times.

For the outside sports, players who are not on the field, coaches, cheerleaders and spectators will be required to wear masks. Benches have been added — for the home and visiting teams and spectators — in order to meet health experts’ social distancing guidelines.

Taylor told the school board that it will be the coaches’ responsibility to enforce the facial mask requirement.

KCHS will limit its spectators to four per Kent athlete; that means very few students will be able to attend. No visitors will be admitted, Taylor said.

Food and drink will not be available for sale.

While the football schedule is still in the works, Kent’s home games will be played on Friday nights under the lights, according to Taylor.

To limit contact between runners, cross country races will involve only a home team and a visiting team. There will be no large meets this year.

Athletes must bring their own water, and they will be required to sign in every day to facilitate contact tracing.

Hand sanitizer stations will be available at all playing fields.

At this point, the Bayside Conference is sticking to the eligibility requirement that student-athletes maintain a grade point average of 2.0 (on a 4.0) scale, Taylor told the school board.

Taylor and Joe Wheeler, the school system’s supervisor of operations, are still working on a transportation plan. Due to social distancing requirements, it is very unlikely that varsity and junior varsity players will be able to ride the same bus.

One option would be to play junior varsity games on Saturdays.

Saturdays also could be used as make-up dates if a game is postponed due to other transportation-related issues, weather or field conditions, Taylor said.

Associate Editor Trish McGee is vice president of the Kent County Board of Education and a volunteer field hockey coach at Kent County High School.