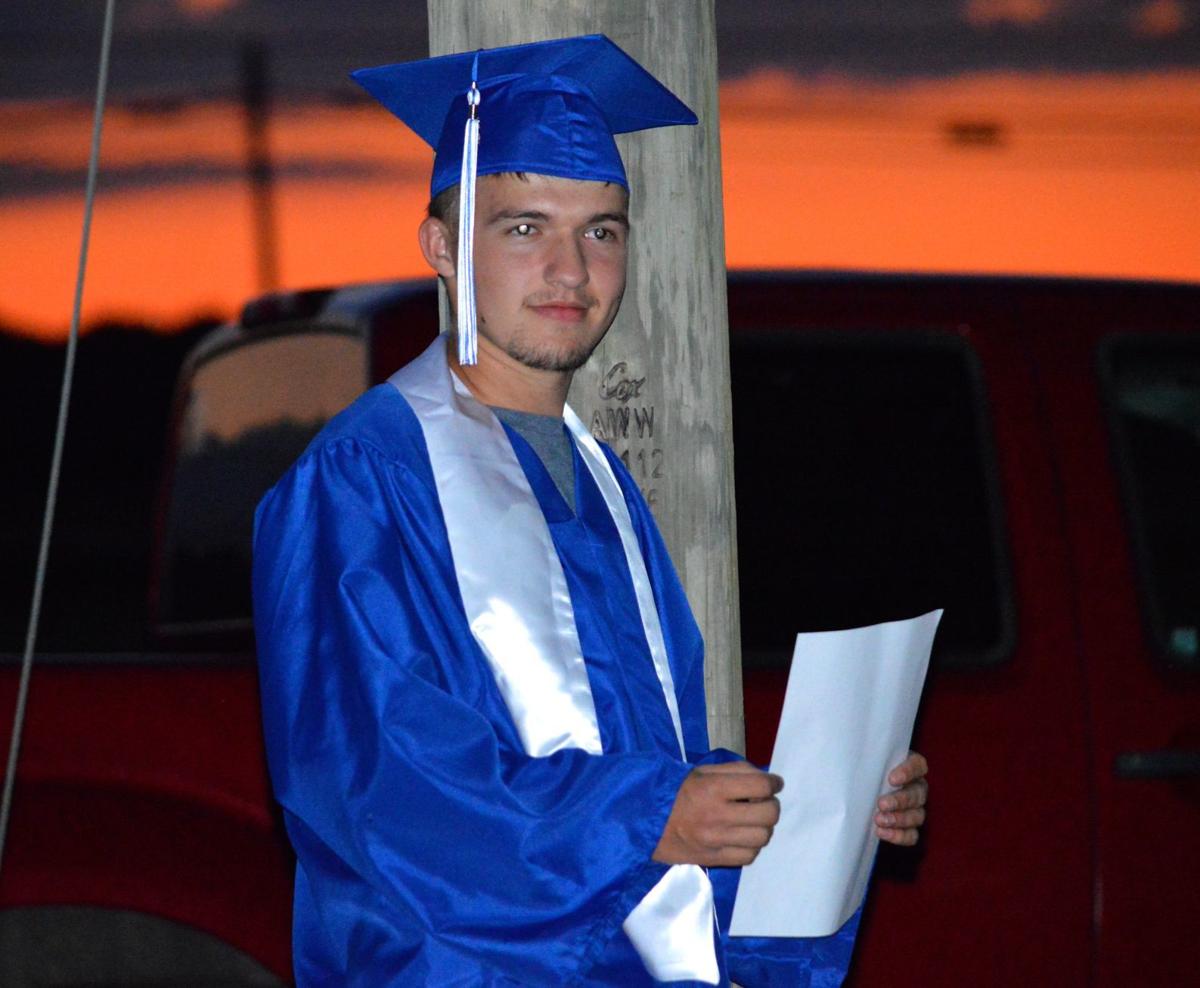 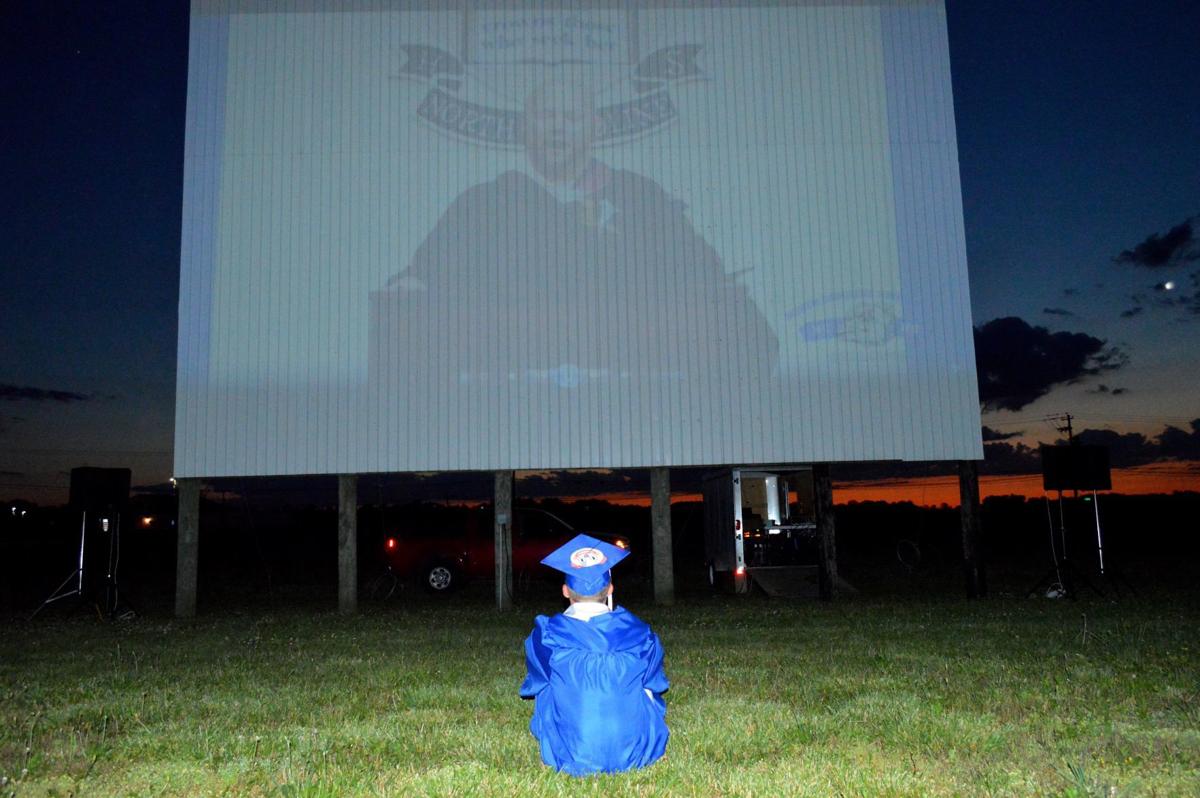 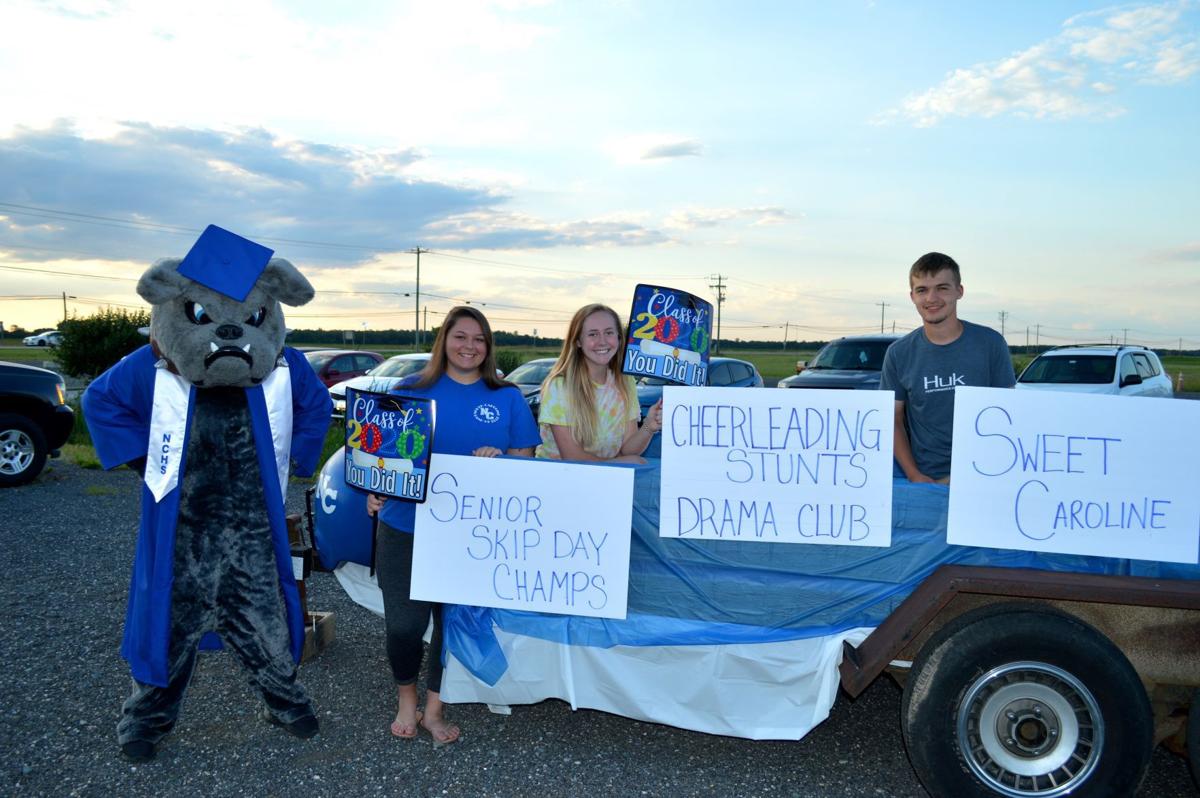 Students celebrate their graduation with signs and support of their mascot. 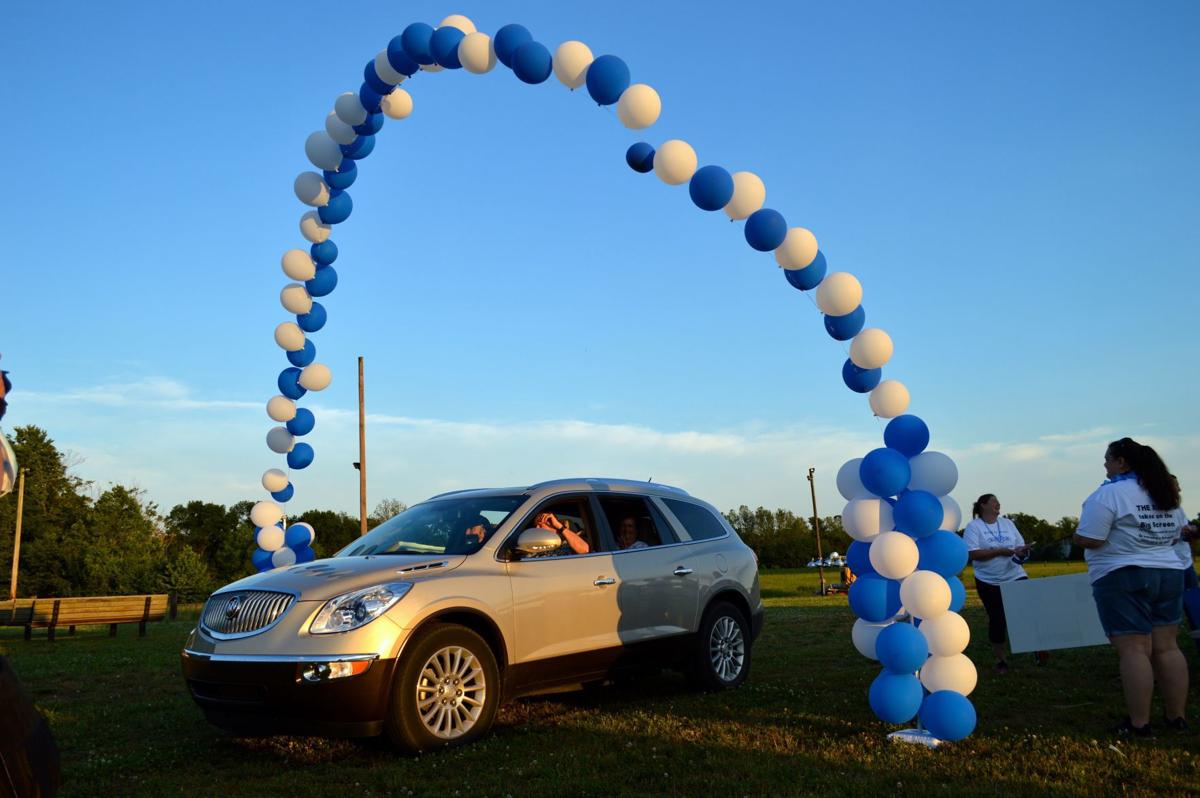 Vehicles entering the drive-in movie event at the Greensboro carnival grounds drive through an arch of white and blue balloons — the school’s colors. 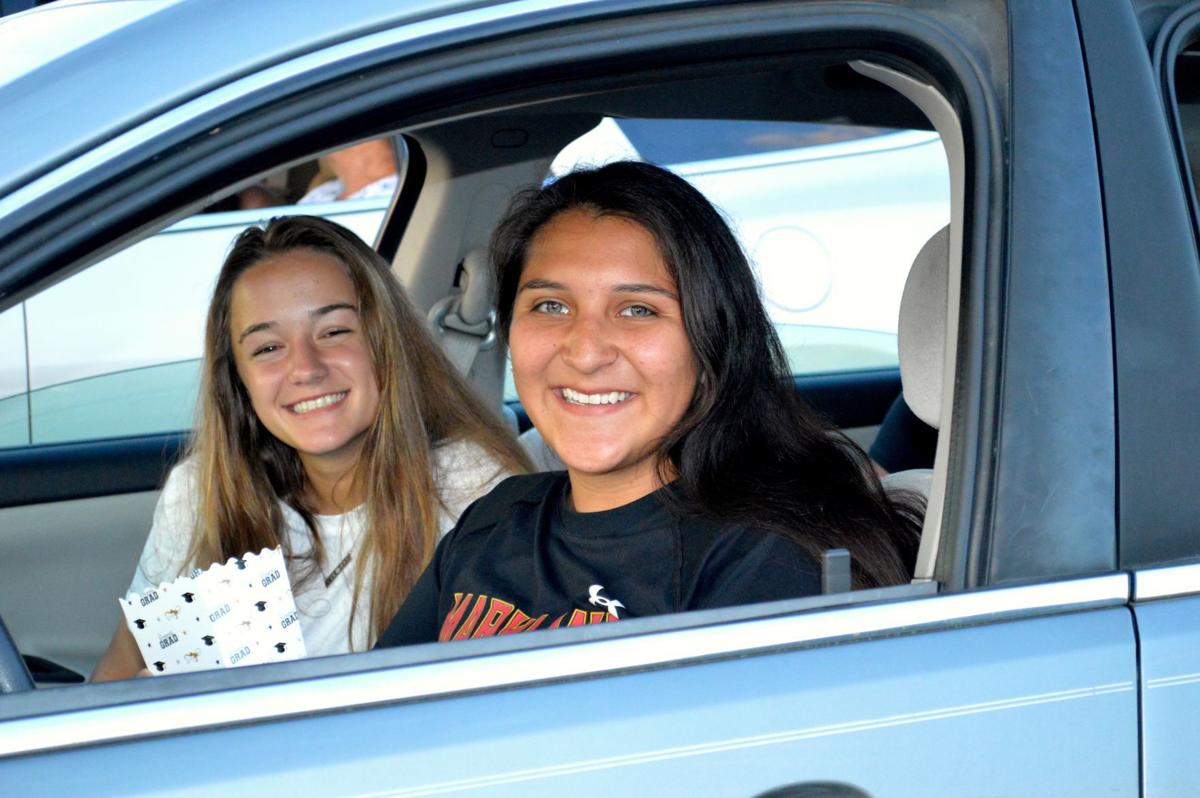 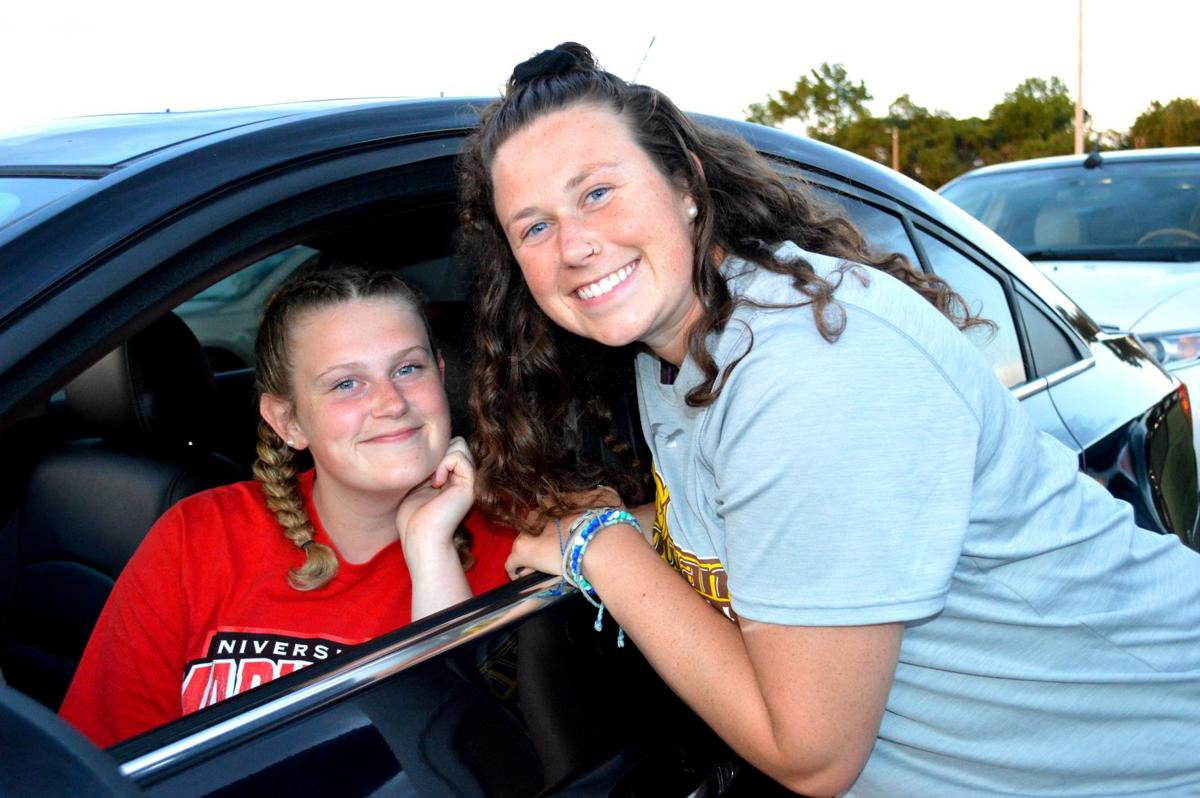 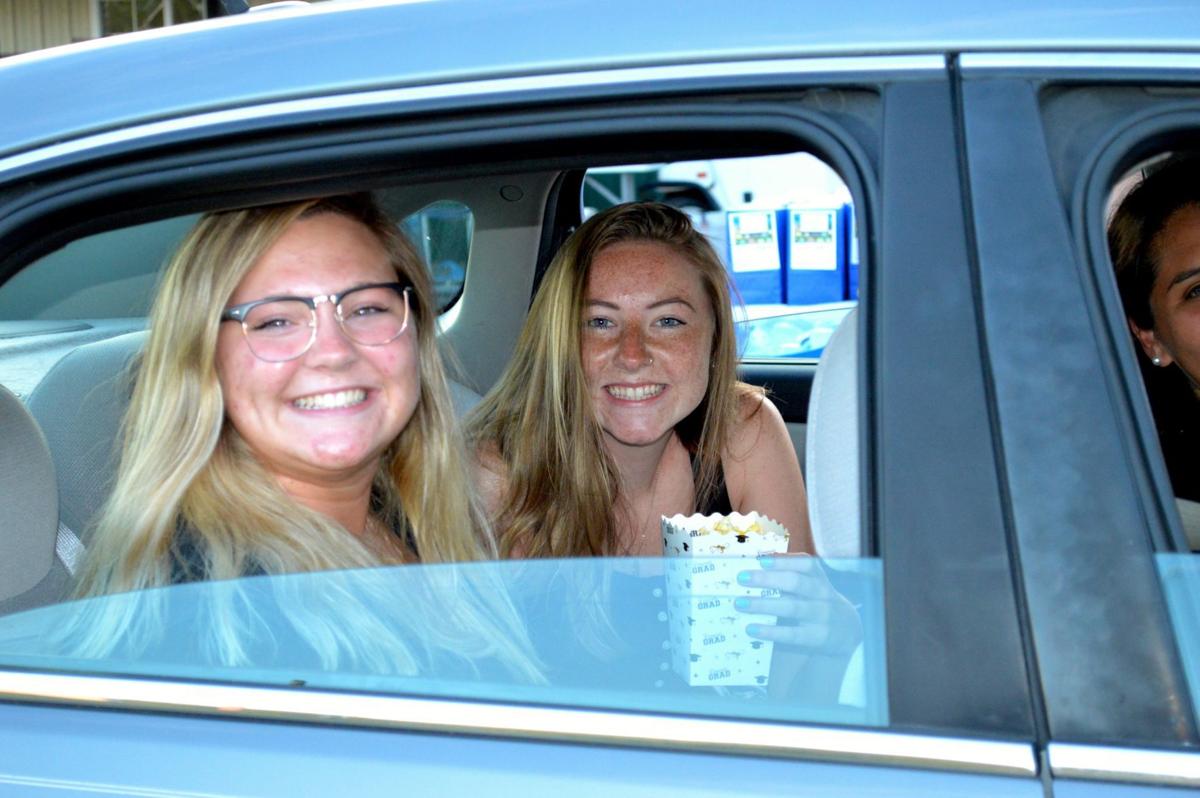 The graduation celebration held at the Greensboro drive-in was an opportunity for seniors to celebrate their final moments as a class together.

Students celebrate their graduation with signs and support of their mascot.

Vehicles entering the drive-in movie event at the Greensboro carnival grounds drive through an arch of white and blue balloons — the school’s colors.

The graduation celebration held at the Greensboro drive-in was an opportunity for seniors to celebrate their final moments as a class together.

Graduating senior Hayden Leavers gave a speech about his experience growing up and achieving his diploma.

“We were born in the midst of 9-11, we were 6 years old when America elected our first black president, we were 10 when Sandy Hook happened, and by 13 we all had iPads, iPods, iPhones, Facebook, Facetime and Twitter, and now as we prepared to graduate during a global pandemic,” he said. “We have seen and experienced a lot in 18 years, things that will undoubtedly shape who we are as adults.”

“Because of these accomplishments and tragedies, we are brave, strong, and resilient,” Leavers said. “We are the future and we are destined to be one of the greatest generations the world has ever known. Now it is my honor as the class clown to congratulate my classmates.”

Led by a parent-sponsored group, many businesses and other organizations helped make the event a success, said Denae Spiering, who was one of the coordinators. The group raised nearly $1,700 in donations including a $1,000 donation from Colossal LLC in Annapolis, plaques were sponsored by Bargain Beverage, and the music and PA system for the night were on loan from Greater Impact Church.

Comfort stations were donated by Pierson Comfort Group and Save A Lot donated 500 water bottles, Spiering said. 250 goodie bags and popcorn were also given out.

After Friday night festivities, other students continued the celebration on Saturday, June 13. After dealing with the COVID-19 pandemic the last few months, several students said they were determined to not allow it to affect their future and are excited to get to college in the fall.

The event was such a hit that some attendees said they wouldn’t be against doing it again in the future.

“Last night was so much fun, and it just seemed absolutely appropriate to watch our graduation from the back of our pickup truck,” guidance counselor and senior mom Ginny Belay said.

“I want to say a huge thank you to everyone that was involved in the awesome drive-in event,” Curtis Short said. “It really helped ease the sting of missing out on the actual graduation night.”