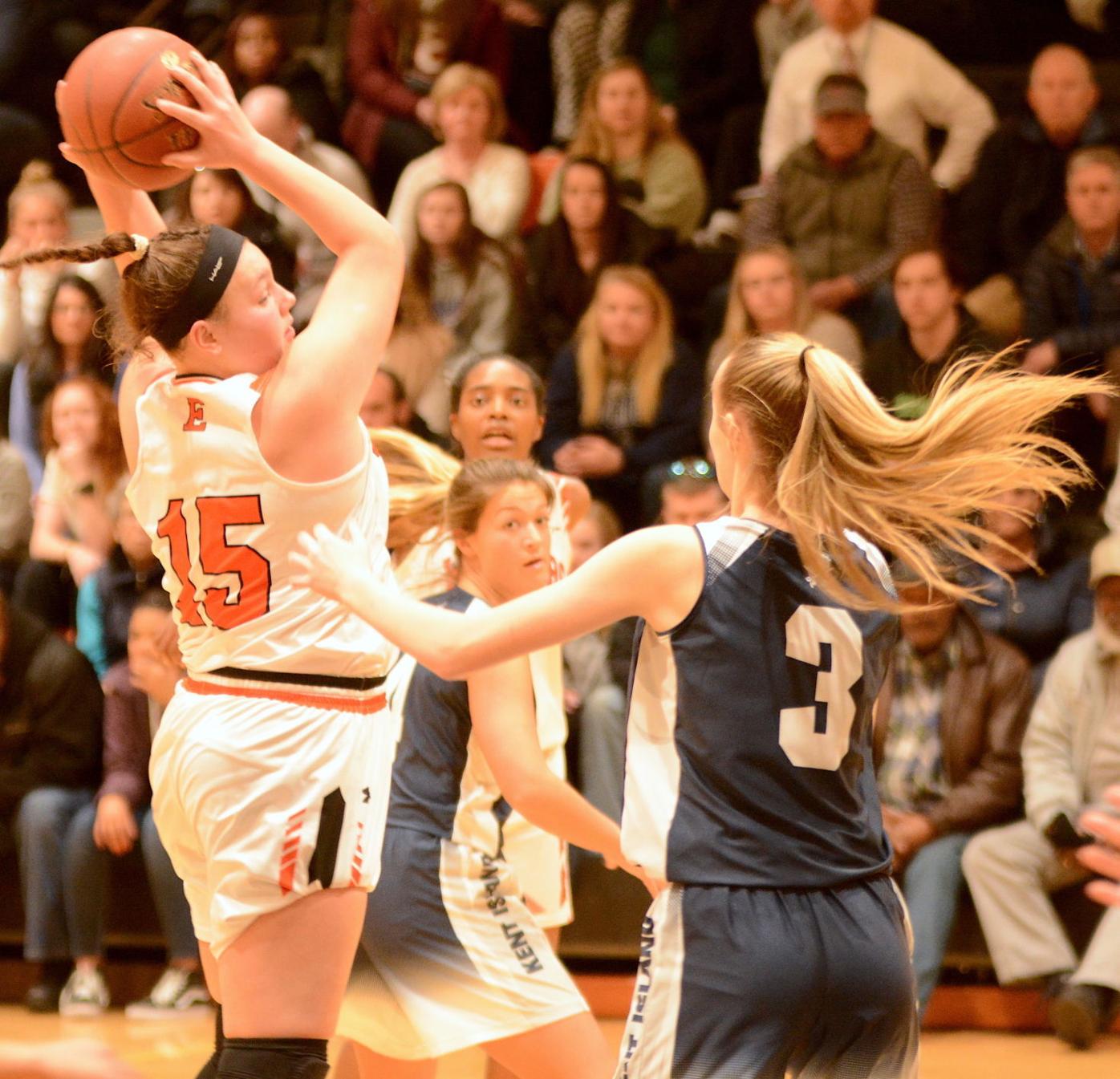 Easton and Kent Island in a high school basketball playoff game from 2019. 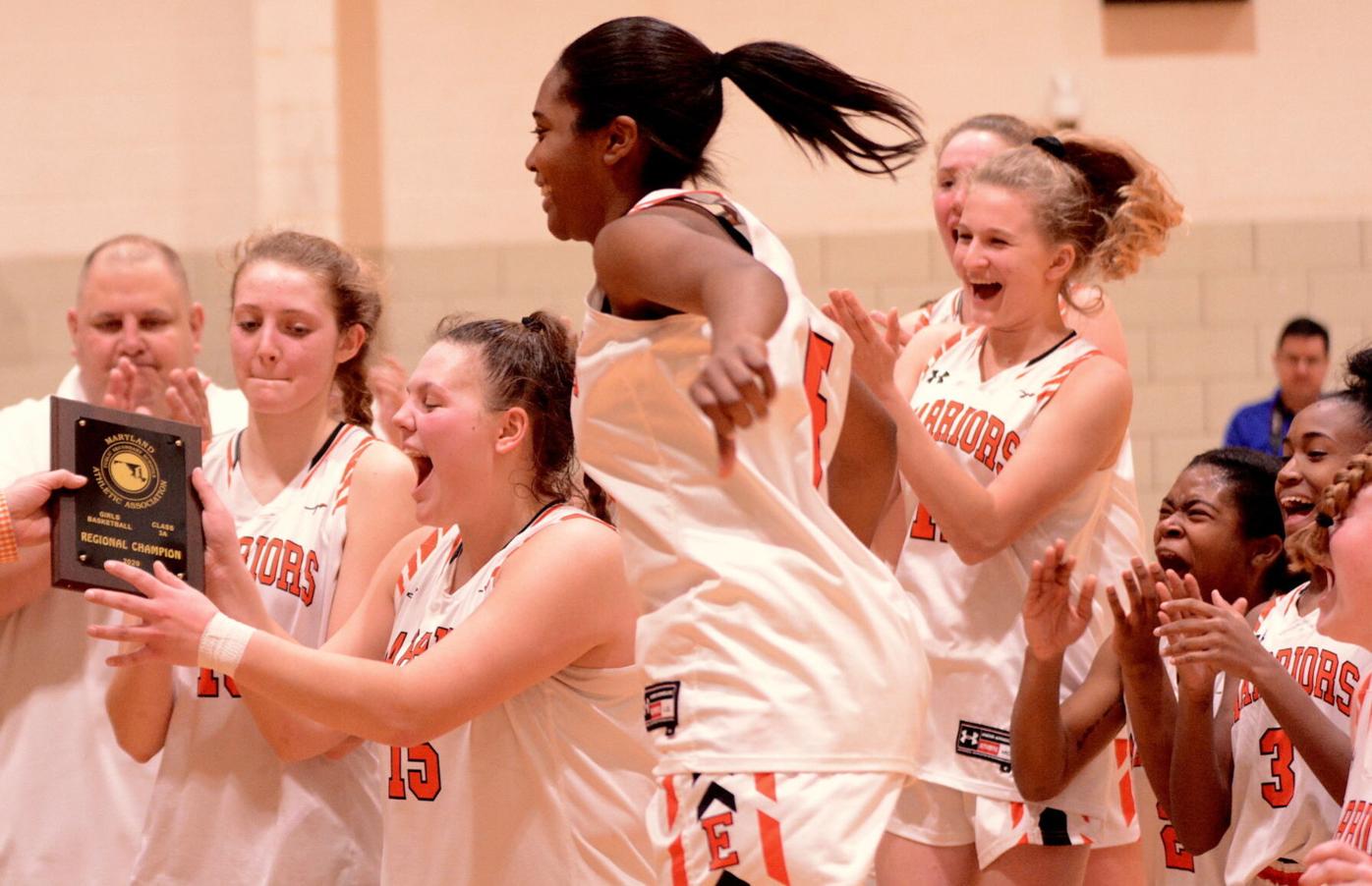 Easton High’s girls’ basketball team won’t have the chance to defend its regional championship this year after the Bayside Conference announced Monday it was canceling the 2020-21 winter sports season.

Easton and Kent Island in a high school basketball playoff game from 2019.

Easton High’s girls’ basketball team won’t have the chance to defend its regional championship this year after the Bayside Conference announced Monday it was canceling the 2020-21 winter sports season.

The Warriors won’t get the opportunity to even start this season. Neither will anyone else in the Bayside Conference this winter.

With the conference’s 18 schools still locked in virtual learning mode because of the ongoing COVID-19 pandemic, the Bayside announced Monday night it was officially canceling the 2020-21 winter sports season, which includes boys’ and girls’ basketball, wrestling, swimming, indoor track and field and ice hockey.

“For lack of being too dramatic, as a parent, as an athletic director, and as a school personnel, it’s kind of heartbreaking,” said Bayside President and Kent Island High Athletic Director Dan Harding, whose son, a sophomore, is on the school’s swim team. “Obviously I’m getting messages from seniors who weren’t able to participate for their (last) high school (season). The hope is many athletes play multiple seasons, so if we can get a fall and a spring in, great. But (for) those that winter was their (only) season, it’s gone.”

Easton’s girls’ basketball team was preparing to board its bus for the state semifinals last year when it was told the final four was being postponed. Eventually the Maryland Public Secondary Schools Athletic Association canceled the girls’ and boys’ semifinals and finals across all four of the state’s classifications, with no state champions crowned.

After the 2020 spring sports season was canceled April 28, and with COVID-19 not abating enough this past fall, the MPSSAA decided to restructure its athletic calendar for the 2020-21 school year in hopes of getting in all three sports seasons. Though the seasons would be shorter, the hope was to start with winter sports, followed by the fall and spring seasons.

The first day of practice for the winter sports season was scheduled for Dec. 7, 2020, with the first date of competition slated for Jan. 4, 2021.

MPSSAA regulations require 20 days of practice before the start of the season, and with COVID-19 metrics not declining after the holidays, time was running out on a season that was scheduled to conclude Feb. 13.

“In Queen Anne’s County, the board of education voted to bring back students in hybrid learning on Jan. 28,” Harding said. “If that’s the first time we could re-engage athletes, by the time you give them 20 days of required practice per the MPSSAA you’re already past the Feb. 13 start date. And fall is going to start on Feb. 13, which is what we’re hoping. So winter had to be canceled.”

With the winter window closing, Harding said conference athletic supervisors proposed the idea of canceling the season, then forwarded it to school superintendents in the Bayside’s respective counties.

“Once they approved it we made the announcement,” Harding said of the superintendents.

“Obviously life’s bigger than that,” Harding said in reference to a virus that has claimed 377,616 lives nationally, according to Johns Hopkins University Medicine Coronavirus Research Center website. “But we were trying like hell to get something done. From the supervisors to the athletic directors to the principals to the superintendents, the decision didn’t come lightly. We looked at every option until we feel we’ve run out of time.”

Harding added the eight individual counties within the Bayside (Caroline, Dorchester, Kent, Queen Anne’s, Talbot, Somerset, Wicomico, Worcester), “could still do something if their metrics are better, but it doesn’t seem like most are able to.”

Now the focus shifts to a potential fall season scheduled to begin practice Feb. 13 and end competition on April 17 — which is the first day of spring practice.

“You could very easily be playing your last football game on the first day of boys’ lacrosse practice for example,” Harding said.

“At least within Queen Anne’s County, and I would say largely in the Bayside, there is a lot of talk about being able to start fall on the 13th of February,” Harding said of the football, field hockey, golf, volleyball and boys’ and girls’ soccer and cross country seasons. “You have sports outside. Volleyball can be inside with masks if they need to be. I feel if we get fall going, spring’s a guarantee. Because once we get up and running, I don’t think we’ll stop it, especially with the vaccine; hopefully with the vaccine.”