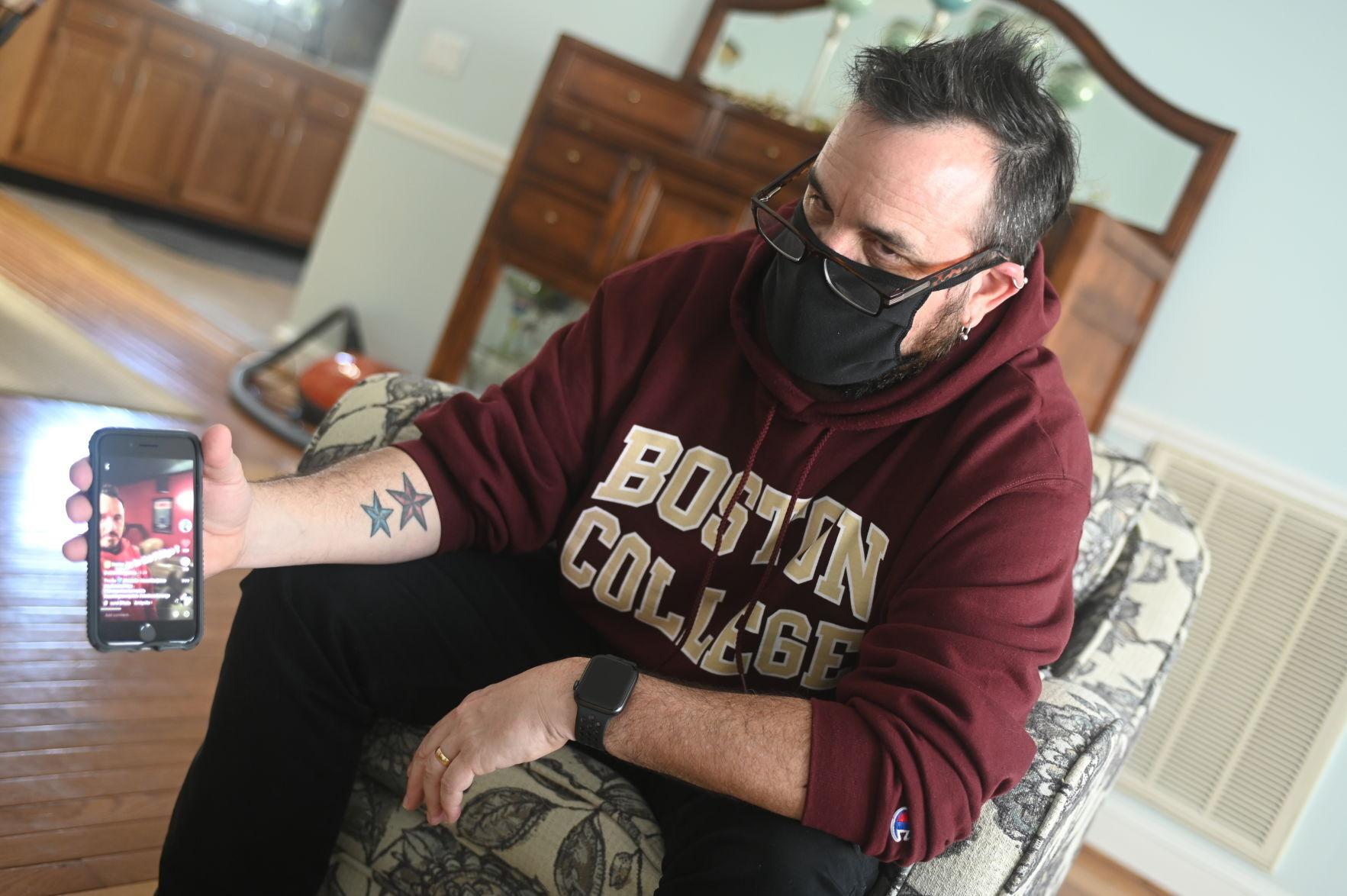 Here he shows one of his TikTok videos. He has made an endless scroll of content. He says he is motivated just by the fun of it. 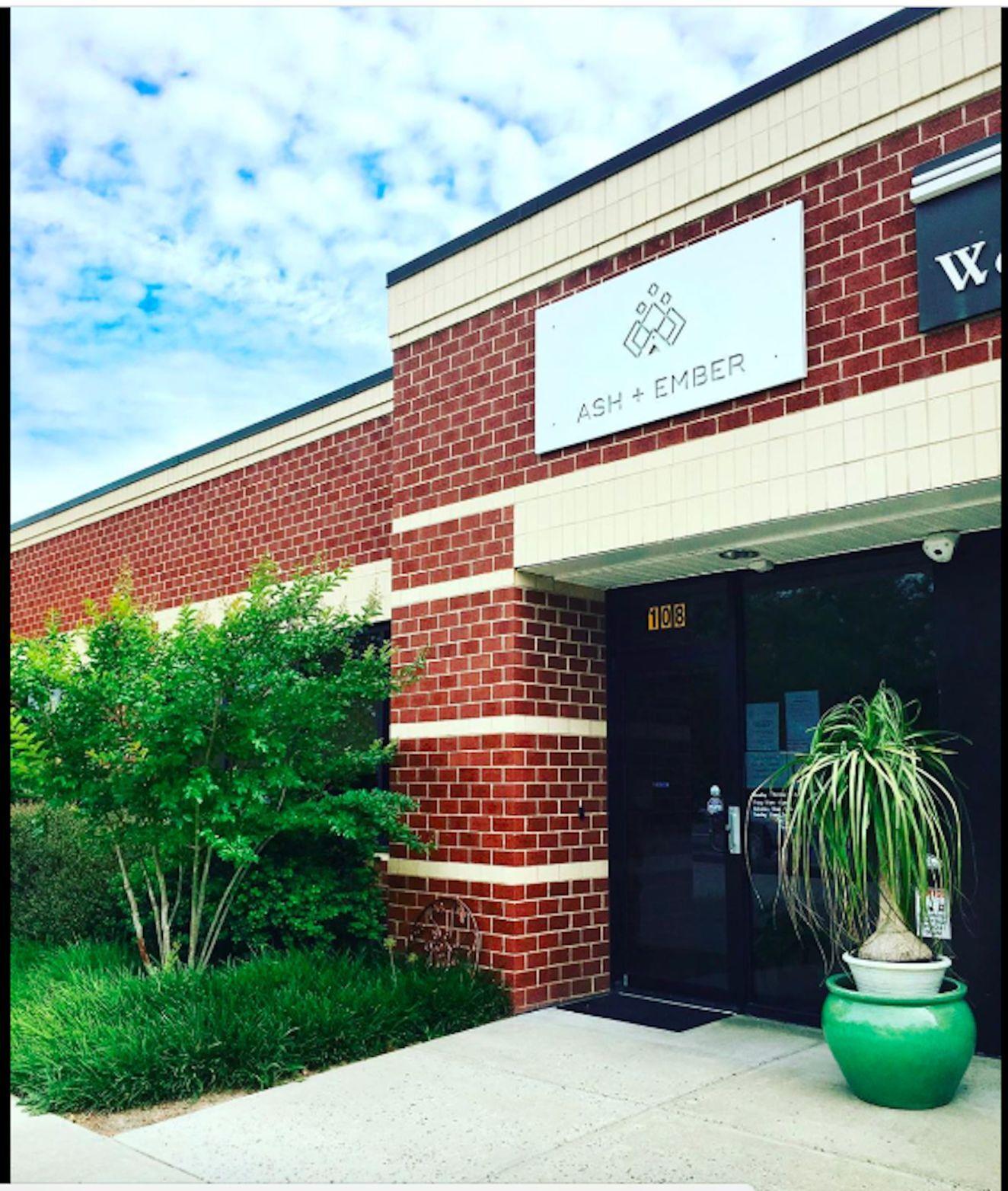 Ash + Ember, a medical marijuana dispensary in Centreville, is located in a small business park off Centreville Road. 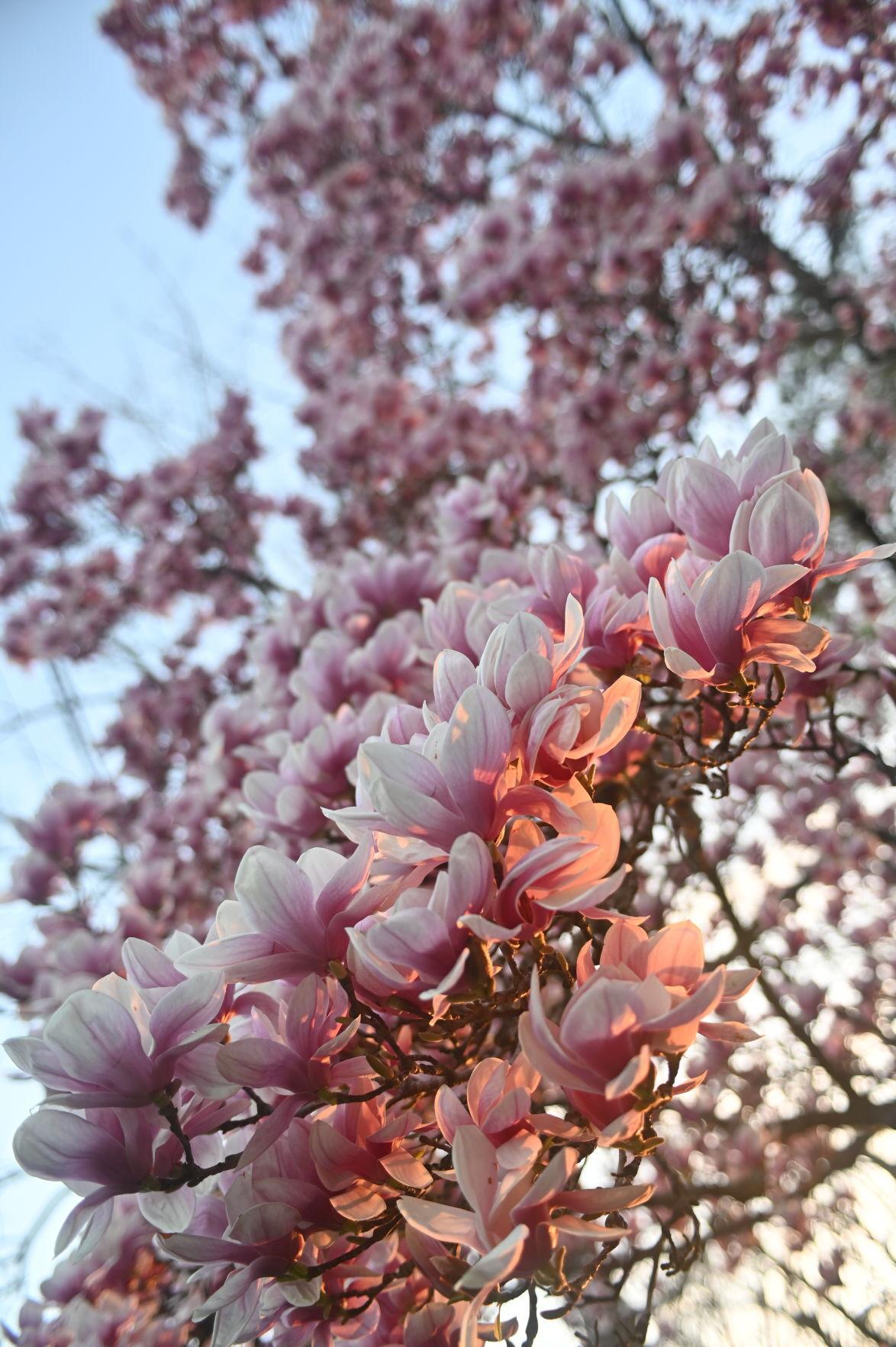 Infinite beauty unfurling; during COVID it has been a practice just to go outside and put down the glowing screen. This season it seems as if the whole world is rejoicing with the smell of Spring.

Nurse Nicole Johnson of Baltimore holds up a needle filled with the Moderna COVID vaccination serum at a recent vaccination clinic held at the Kent Island Volunteer Fire Department. People made arrangements through the Queen Anne’s County Health Department to have their vaccine shot administered.

CENTREVILLE — Queen Anne’s County Health Department has received numerous compliments from the residents of the county in their efforts to get COVID vaccine shots into the arms of its citizens. Dr. Joseph Ciotola, Medical Director of Queen Anne’s County said, “We’re truly grateful to the Kent Island and Sudlersville Volunteer Fire Departments for providing their fire houses as location sites for our residents to get the vaccine inoculations.” He added, “We haven’t been able to get as much vaccine as we need right now, but we’re hoping that will soon change as supply increases.”

Deputy Health Officer Jennie Burris said, “The volunteer fire departments have opened their arms to our residents to help in this. I believe our staff are the ‘unsung heroes’ in the effort to get our citizens vaccinated. For such a small county health department, I think we’ve done a very good job!”

Burris confirmed that citizens classified at highest risk have been among the priority residents to receive the first vaccinations, including those developmentally disabled adults who are cared for at Chesterwye Center in Grasonville. The county had been included in a lawsuit brought against six counties across the state by advocate organization The Arc, stating that those who should have been receiving the vaccination shots, were not. However, once the facts were made clear, the group withdrew their suit against Queen Anne’s.

Burris added, “Our county has not wasted any vaccine, which we refer to as ‘liquid gold’. We live in a very special county. I want to thank our residents for being so understanding, and I credit them for being so patient and kind during this time period. They have expressed such appreciation and thoughtfulness to our staff as they have waited to get their appointments for the vaccine. Some have even called us back to let us know they were able to arrange their shots somewhere else and to give their scheduled shots to someone else in the county who needs it.”

Burris also complimented the county commissioners for doing all they can to support the health department and the vaccine rollout. “They have even come over to our vaccination sites to see how things have been going,” Burris said.

Commissioner President Chris Corchiarino said, “The people of Queen Anne’s County should be very proud of the work our health department has done. I know we, as commissioners, have made weekly calls to the governor’s office asking for more vaccine to be sent. I want to assure all our county residents that those who have been deemed high risk are the people we have focused on getting the vaccine shots first. We’re all hopeful the increase in supplies are coming!”

The most recent COVID numbers in Queen Anne’s County are looking very good. The county COVID positivity rate is current declining at 3.27% as of the last week of March, well below the state positivity rate. Almost 29% of the county residents have received their first dose of the vaccine, more than 14,000 people. Since the pandemic first began in March, 2020, 33 county residents have died from COVID, one of the lowest death totals among all 23 counties in Maryland.

For more information about getting your COVID vaccine shots scheduled, go online at qaccovid.org, or call 443-262-9909, for assistance in arranging shots.

Regional Sea Cadets Lt. Commander Emilio Balay questions Sea Cadet Makenna Culver. Balay discovered Makenna is one of the newest members of the unit, having joined three-weeks ago. It appeared she is quickly becoming a great cadet.

Left, Regional Sea Cadets Lt. Commander Emilio Balay speaks with KI American Legion, Post 278, 3rd Vice Commander John Grimes following the annual inspection of the SSBN 738 Sea Cadets Unit which the Legion sponsors. Balay personally thanked the KI Legion, as well as Post 296 in Queenstown, and Post 18 in Centreville for sponsoring the unit, expressing how important the unit and training is for young people on the Eastern Shore.

Proud parents, Domingo and Vivian Hernandez of Centreville, with their son, Sea Cadet Sebastian Klincewsicz, 18, who was promoted to Cadet Chief Petty Officer, Saturday, March 27, following the local Sea Cadet Unit SSBN 738 annual inspection. The Hernandez’s had the honor of pinning Sebastian collar with two rank pins as part of the ceremony.

A crowning moment, during the individual promotion in rank for Sea Cadet Chief Petty Officer Sebastian Klincewicz, as his mother, Vivian Hernandez places his “Chief’s” cap atop his head, Saturday, March 27, inside the KI American Legion, Post 278, in Stevensville. Sebastian’s dad, Domingo Hernandez, looks on.

Unit 738 was formed three-years ago, focusing on cadets, both male and female, ages 14-18, in response to the need for a unit for that age set, particularly interested in military training on the Eastern Shore.

There has been a longstanding Sea Cadets unit in Annapolis for young people, ages 10-13, and as the young people advance in age and experience, they normally continue in a unit that is reflective of their age group. Unit 738 has members who reside in Annapolis and as far away as Ocean City.

Sea Cadet units are formed around the nation, typically where there are no JROTC (Junior Reserve Officer Training) units established in public schools within differing counties. Numerous counties on the Eastern Shore do not have public schools with JROTC units in their schools. The Sea Cadets units provide a practical choice for young people who are interested in receiving such training while between the ages of 10 — 18.

Unit 738 inspection was performed by Sea Cadets Lt. Commander Emilio Balay, as 22 members of the unit, dressed in the formal Cadet uniform, presented themselves in formation to be inspected. Balay, questioned each cadet as he inspected their uniforms. His first question was, “How long have you been a Sea Cadet?” With each cadet’s response to that question, he then asked other questions, based on how long they had been members of the unit. Some of the answers were quite detailed, as memorized from informational manuals the cadets have been asked to learn.

One new cadet, Makenna Culver, looking him straight in the face, answered, “Three weeks, sir!” Balay, obviously, didn’t expect her to provide a lengthy recitation, but did inspect her uniform, appropriately.

Following the inspection of the unit, Balay addressed the unit, saying, “I can see how hard you have worked to prepare for today, and I’m proud of all of you!”

He then spoke about a former Sea Cadet he has provided training for years ago that he had just recently received a letter of thanks from. Balay said, “This young man told me he had never forgotten a lesson I taught him about using the expression, ‘Good, Better, Best’, in making progress within your life’s goals. Looking at where you are in any situation, deciding that moment is ‘good’, and working toward making it ‘better’, and eventually, through planning and work, arriving at what might be ‘best’ for your achieving that goal.”

“The young man had set a goal to get into the Naval Academy,” Balay continued, “but, that didn’t happen. He was writing to tell me he was accepted at West Point, and was about to graduate! That’s a pretty good second choice for the goals he had set for himself.”

Balay, again, shared the value of applying his “Good, Better, Best” approach to achieving goals in one’s life, with these cadets.

Immediately following the inspection, a special rank advancement ceremony was held for the unit’s new Cadet Chief Petty Officer to be pinned and recognized. The cadet who earned that honor was Cadet Sebastian Klincewicz, 18, of Centreville, a senior at Archbishop Spaulding High School in Severn.

Sebastian is scheduled to graduate high school this year. He is an accomplished member of the school’s cross country and track teams. He had been a member of the Sea Cadets unit in Ft. Lauderdale, Florida, before moving here a few years ago. He continued his Sea Cadet work here. He has already been accepted to the Citadel in South Carolina, for college, receiving the U.S. Navy’s national four-year scholarship for ROTC training there. Sebastian has also received a nomination from Congressman Andy Harris, to go to the U.S. Naval Academy in Annapolis. He is waiting to see if he receives an appointment to go there.

According to Master Chief Petty Officer, USN (Retired) Bernard Quibilan, who oversees the proper functioning the Sea Cadets unit, he said, “Cadet Kilncewicz’s service record was reviewed to ensure all requirements are met, including demonstration of good leadership skills, and he was then approved for promotion. As a Chief Petty Officer, he works directly with the Commanding Officer, officers and staff to lead and manage the unit. He assists in managing the bi-weekly drills and other events and activities. He will also be active in training the upcoming cadets leaders and junior cadets.”

Sebastian’s parents, Domingo and Vivian Hernandez, had the honor of pinning him with his two Chief Petty Officer pins on the collar of his uniform, and his mother, placed his Chief’s cap atop his head. Very proud parents indeed.

For more information about what the Sea Cadets program is all about, email, bernard.quibilan@hotmail.com and/or poa.052mdd@seacadets.org . 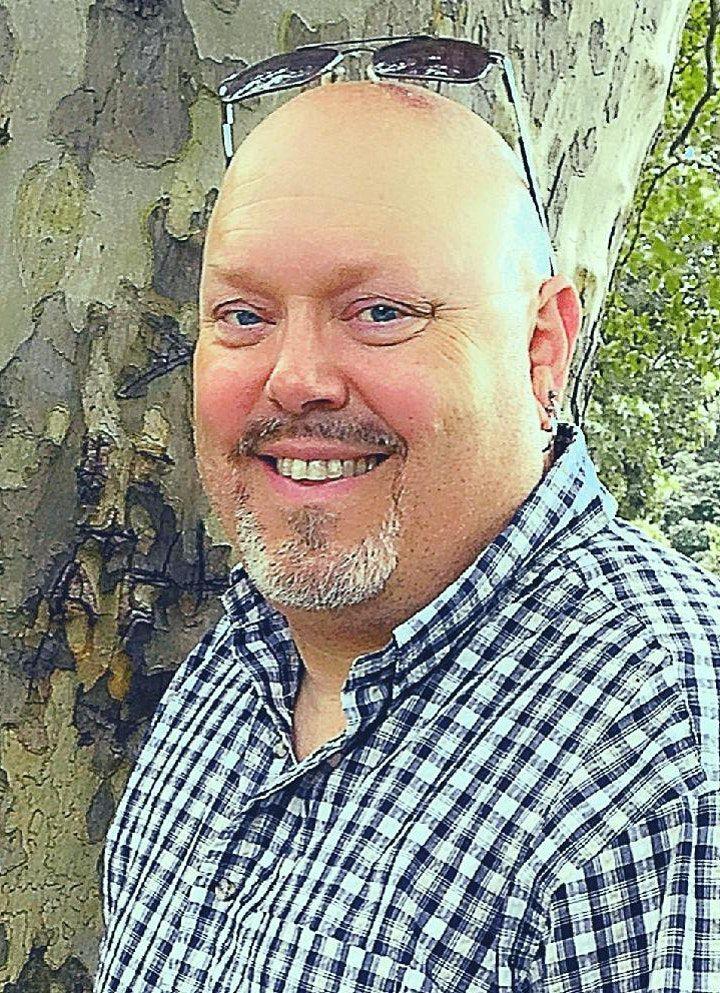 Nevin Crouse, professor of humanities at Chesapeake College, will discuss how the Tidewater region’s social and economic structure emerged in the 1600s and early 1700s from 7:30 to 8:30 p.m. Thursday, April 8, as the first lecturer in the Old Wye Mill Spring Speaker Series. For more information, or to register, visit www.eventbrite.com/e/owm-spring-speaker-series-nevin-crouse-tickets-146570709939.