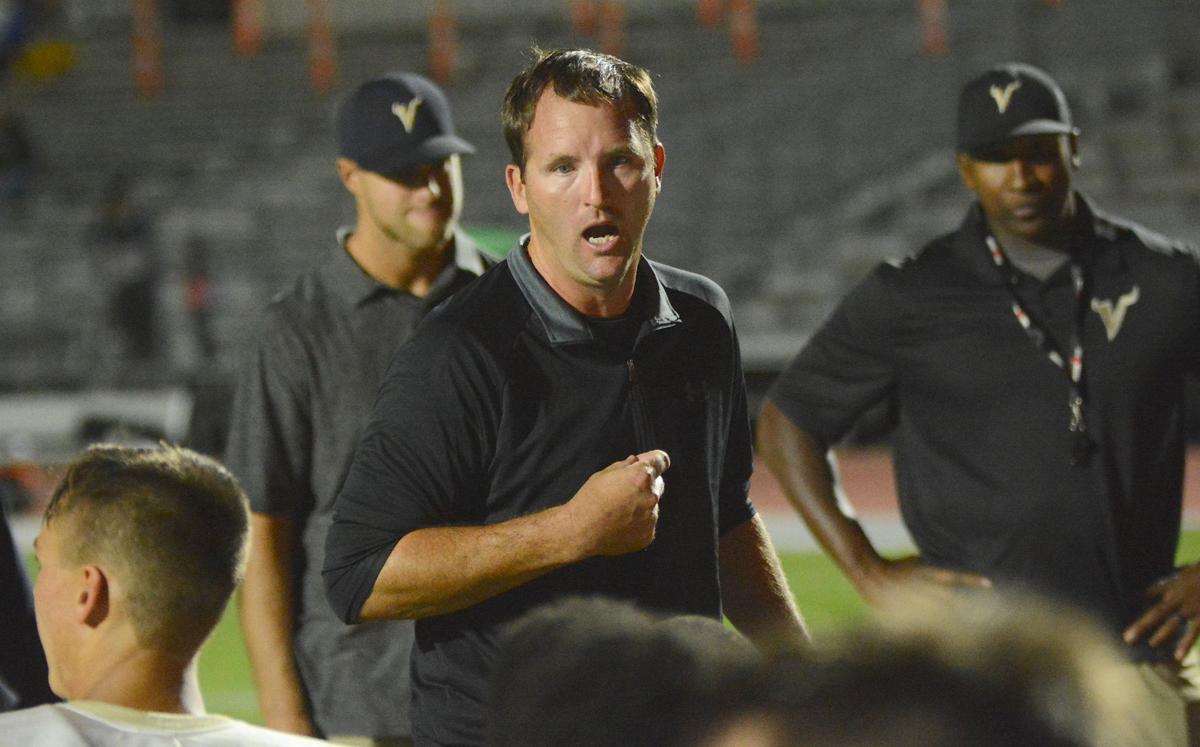 Cambridge-SD defensive coordinator Al Waters, who helped the Vikings reach the Class 1A state semifinals last season, is heading back to Queen Anne’s County, where he got his coaching start.

Cambridge-SD defensive coordinator Al Waters, who helped the Vikings reach the Class 1A state semifinals last season, is heading back to Queen Anne’s County, where he got his coaching start.

Two months after landing his first head coaching job at Cambridge-South Dorchester High — and before he coached a game as the Vikings’ head man — Al Waters is coming back to Queen Anne’s.

Waters said it means a lot to come back to Queen Anne’s as head coach. The move will allow him to work closer to home in Church Hill — 10 minutes from Queen Anne’s County High.

He has a full coaching staff compiled already — comprised of a mix of Graef holdovers, coaches that were lined up for his C-SD staff, and a few outsiders.

“My wife said I haven’t stopped smiling since I got the phone call last night,” Waters said. “I rolled up at 5:30 this morning and I was still smiling. She said ‘You’re still excited, huh?’ I said ‘Yeah.’ She said ‘You can’t stop cheesing, I guess.’ It means a lot, not just to me and my wife, but my mom was very excited that I’m coming back to Queen Anne’s. I’ve got a younger nephew that might be a freshman. So I coached him, I coached his brother so now I can coach him. My sister’s really excited about that. So my whole family’s really excited, not just me.”

Waters left Queen Anne’s in 2018 to take over as defensive coordinator at C-SD, a position he held for two years. He was promoted to head coach in late March after Gaven Parker parted ways with the program in January to focus on his administrative job in the Dorchester County school system. Parker served as Vikings head coach for two seasons.

Waters said it was tough to leave C-SD so soon after accepting that job.

Graef led the Lions for 25 years, and became one of the winningest head coaches in the state during his tenure. He recorded a 176-95 record. He retired in late April, leaving the school with a gaping hole to fill in his place.

Waters graduated from Queen Anne’s County High in 1999 and served in the U.S. Navy for four years immediately after graduating.

Queen Anne’s conducted interviews with four finalists for the position on Friday, May 22. All interviews were held over Google Meets, with the coronavirus pandemic making in-person interviews unattainable. The program decided on Waters later that day, and the hire became official on Thursday, May 28.

Waters’ history in Centreville was a factor in the hire.

“Anytime you have somebody who is familiar with your program, it gives them a head start,” Queen Anne’s County High Assistant Principal Jon Marketto said. “And you always look into what they can bring to the program and how they can make your program better. Following Donny Graef, you have a great coach in Donny, and it’s going to be big shoes to fill. So we had to have someone who could help continue what Donny started.”

With fewer than three months until the scheduled start of the 2020 football season, Cambridge-SD now has to restart the coaching search it completed in February and March.

This news was sprung on C-SD athletic director Kareem Otey rather suddenly. She said they’re focusing on the seniors graduating next week before developing a game plan for hiring another head football coach. As of Friday, May 29, the job has not yet been listed as available on the Dorchester County school system site.

Otey is unsure what the process will look like this time around.

“I don’t think we’ve ever been in this situation before,” Otey said. “I’m going to kind of look towards guidance from our administration and figure it out from there. But again, we’re going to get through graduation and everything first. So this is going to be kind of put on the back burner for a bit. Let’s get the seniors graduated, and then we’ll go ahead and start thinking about what our next move will be.”