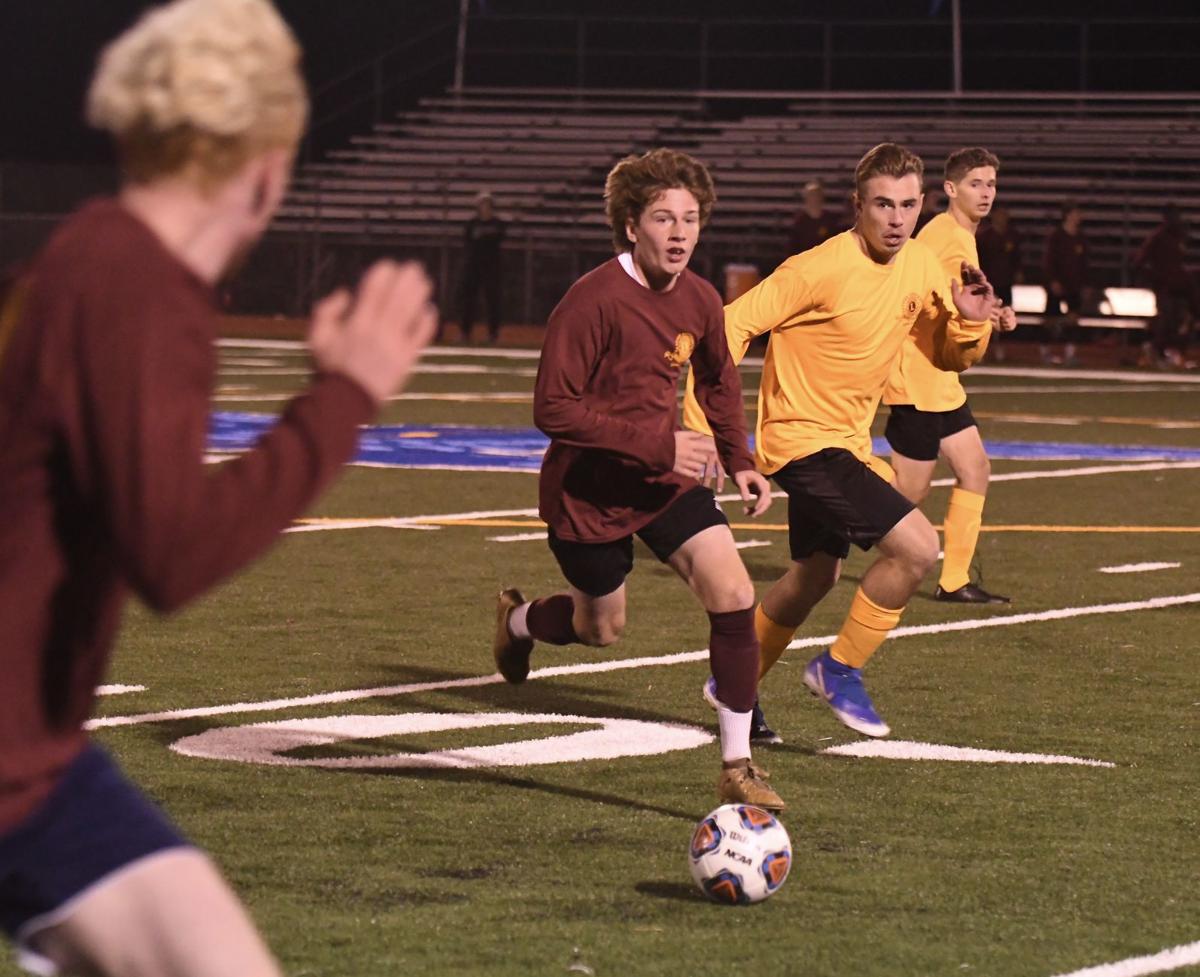 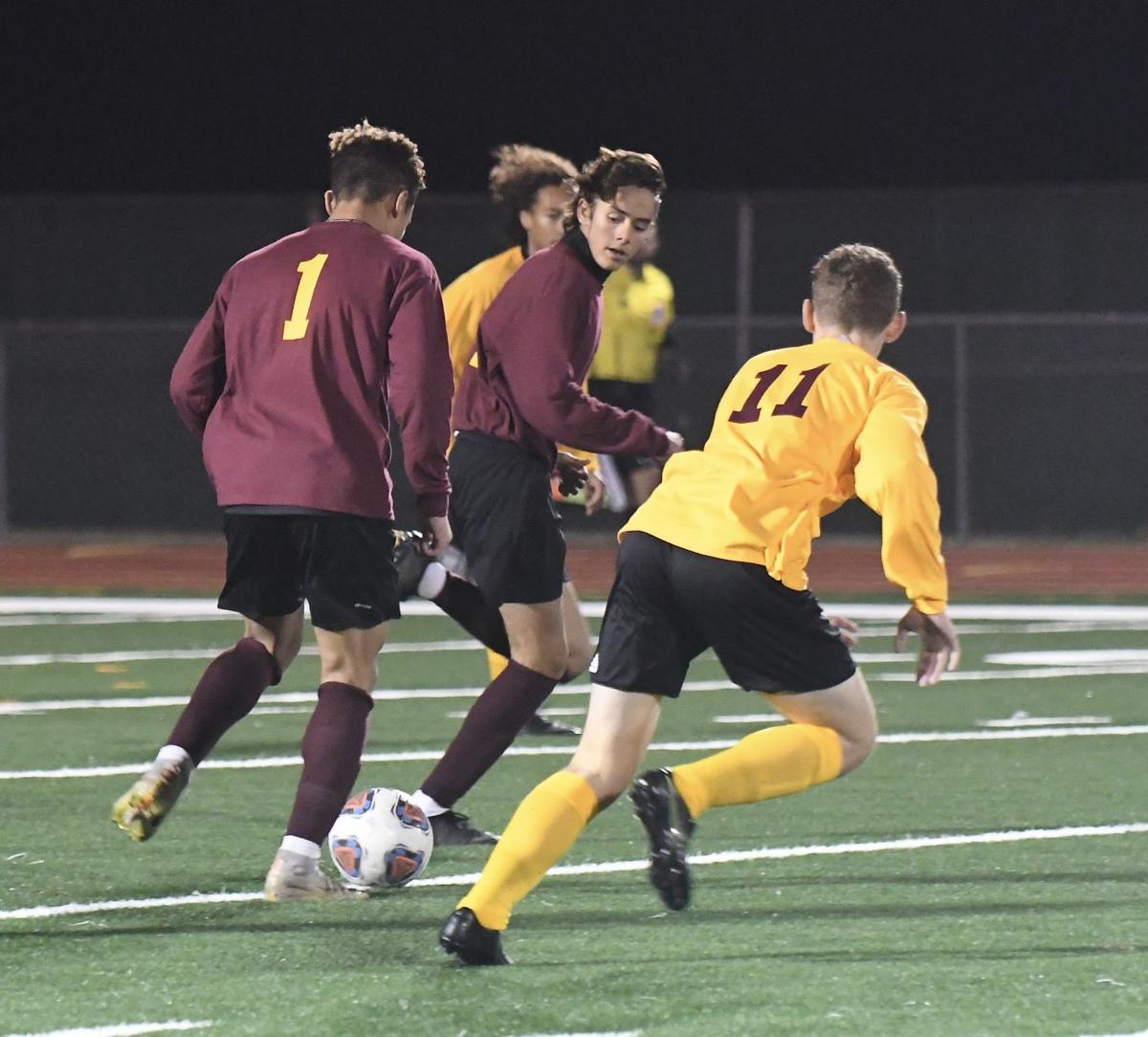 North Bayside’s Joesito Myers of Easton, center, looks back for a pass from a teammate Tuesday evening during the 27th annual Bayside Conference Senior All-Star Game at Stephen Decatur High. Myers scored two goals in the second half but the North fell to the South 3-2. 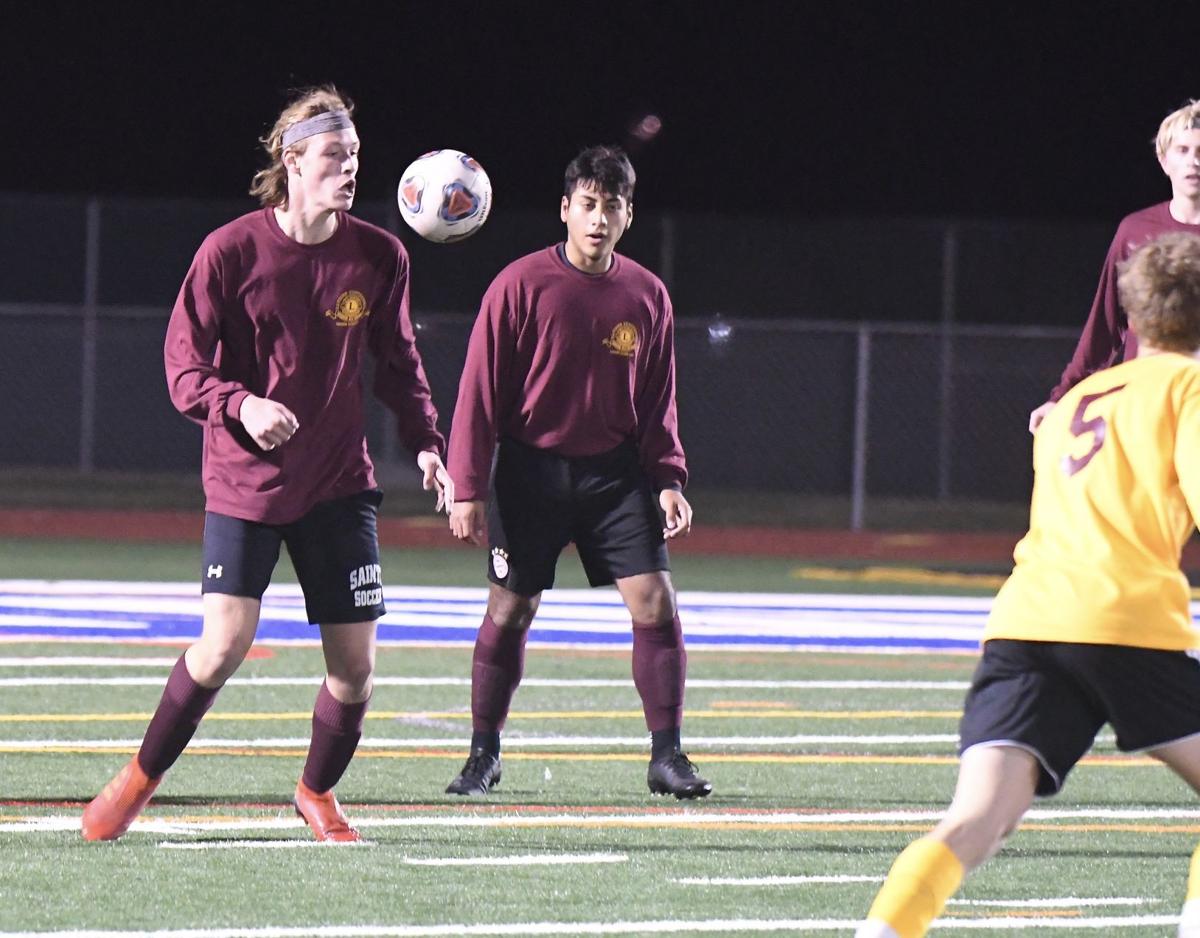 North Bayside’s Joesito Myers of Easton, center, looks back for a pass from a teammate Tuesday evening during the 27th annual Bayside Conference Senior All-Star Game at Stephen Decatur High. Myers scored two goals in the second half but the North fell to the South 3-2.

Those words to his players came from a joyful John Austin, head coach of the North Bayside all-stars and North Caroline High. Like the fans bundled up on a brisk but otherwise fine late-fall evening, Austin had enjoyed a balanced battle featuring skilled players at the top of their level, some headed to the next level after graduation.

The North made it a lot more fun with a second-half surge that left the outcome in doubt until the final whistle.

Easton’s Joesito Myers pumped in a pair of set-piece goals in the second half as the North rallied from a three-goal deficit, but the South held on for a 3-2 victory on the artificial turf on Robert G. Knox Field at Louis H. Taylor Stadium.

The South started well, passing and shooting the ball with alacrity.

Stephen Decatur’s Eric Gwin delivered a high shot off the outstretched hands of North goalie Nolan Sawatsky to give the South a 1-0 lead with 24 minutes, 15 seconds on the clock in the first half.

With 16:05 remaining in the half, Parkside’s Vince Venere collected a lead pass on the fly up the right side of the field, pushed ahead about 10 more yards to free himself from a trailing defender, and sent a roller into the right corner of the net to make it 2-0.

That’s where the score stood at the half before the South finished its scoring with an early goal in the second half. Wicomico’s Jacob Harbison delivered a centering pass from the right wing and Parkside’s Colby Barlow chipped it into the right side of the goal with 36:52 remaining.

The North, though, won the possession battle the rest of the game and made it close thanks to the left-foot of Myers. On a direct kick from 22 yards, after teammate Bryce Hoon passed over the ball, Myers delivered a well-struck roller inside the far post, past Pocomoke goalie Ethan Peterson, to make it 3-1 with 28:45 remaining. With 21:50 remaining, Myers also hit the crossbar with a shot from the left wing.

Back on the field late in the contest, on another direct kick, Myers sent a curving left-footer high inside the far post from 20 yards to make it 3-2 with 1:16 remaining.

But the South controlled the ball in the final minute, earning a corner kick before time ran out.

Peterson finished with seven saves for the South. Sawatsky, of St. Michaels, collected four saves for the North and Easton’s Ashton Echternach made two.

“Last night we had practice, just like an hour to get together,” Austin said. “I just kind of split them as even as I thought. It kind of looked good. When we were scrimmaging last night at practice, the guys were like, ‘winning team starts,’ and I was like, ‘yeah, that sounds like a good idea to me, winning team starts.’ We ended up 0-0 though. So we rock-paper-scissored in the middle of the field to figure out out who starts. So that was really good. It’s nice that these guys could get out here and have this fun. We want to thank the Lions Club definitely for keeping on doing this.”

The girls’ and boys’ all-star games are sponsored each year by the the Lions Clubs of District 22-B.