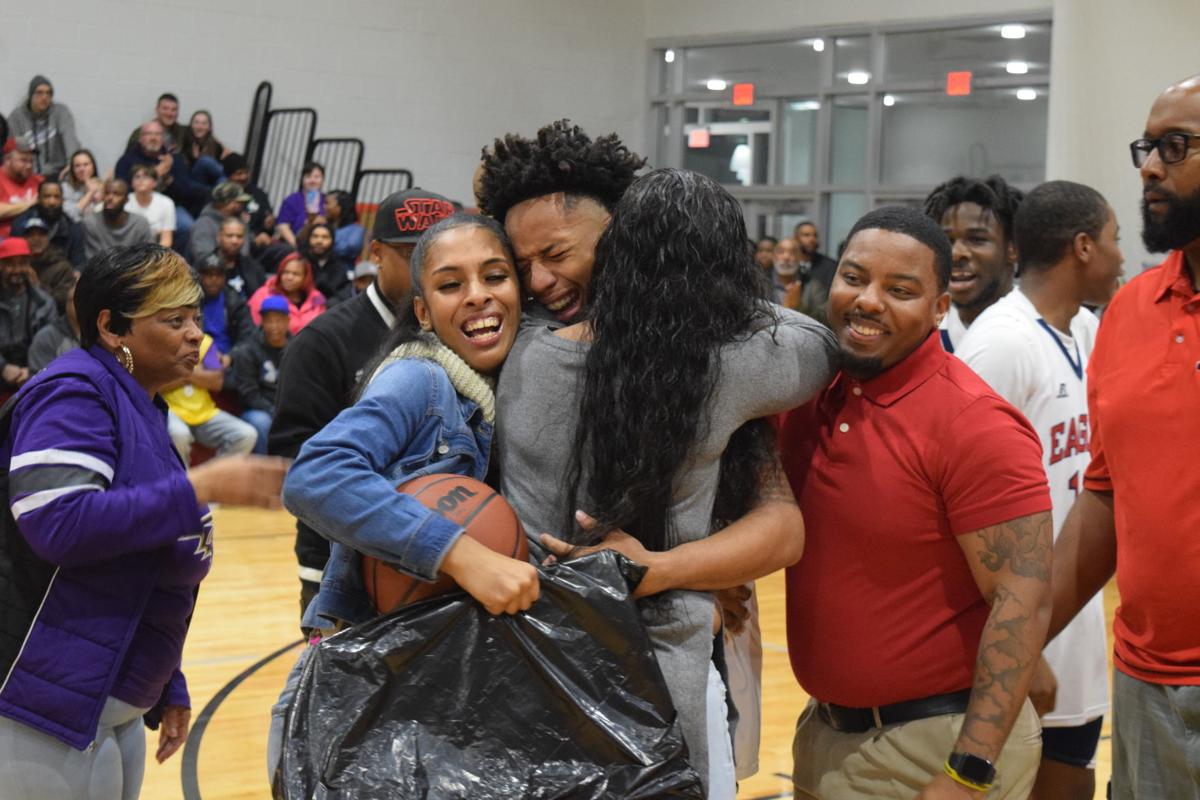 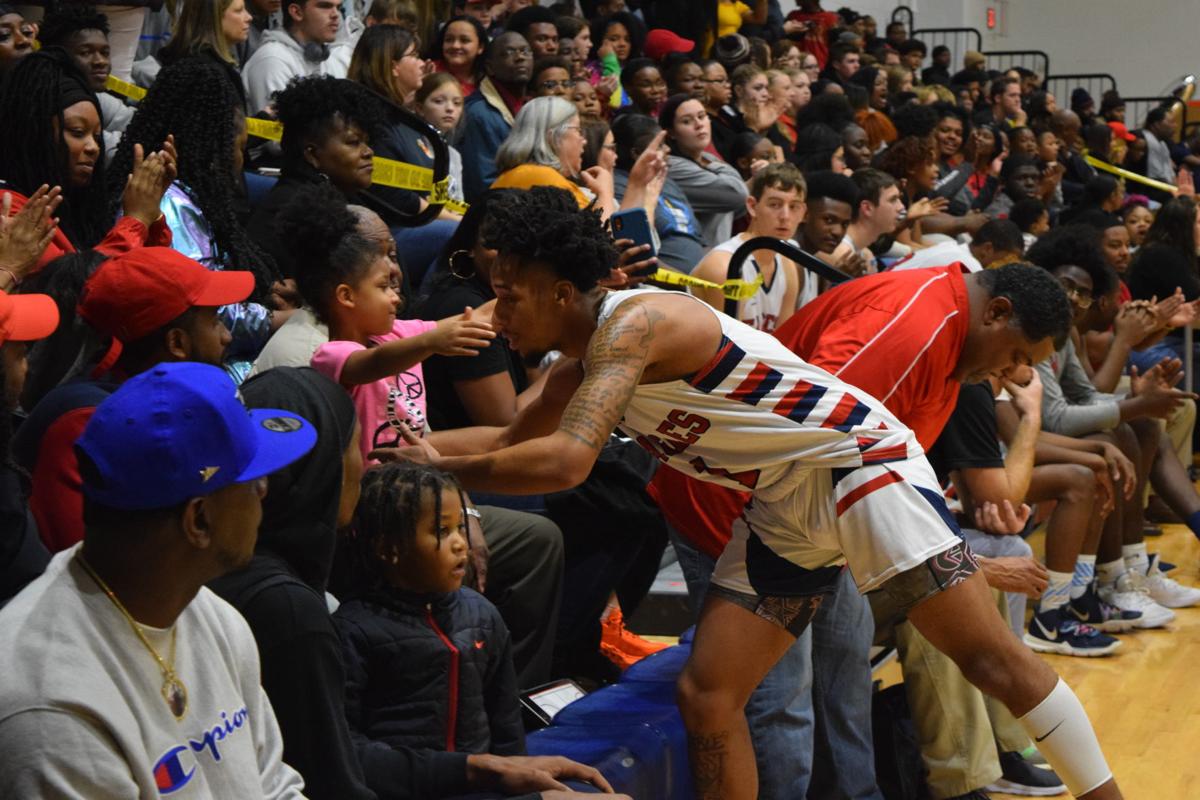 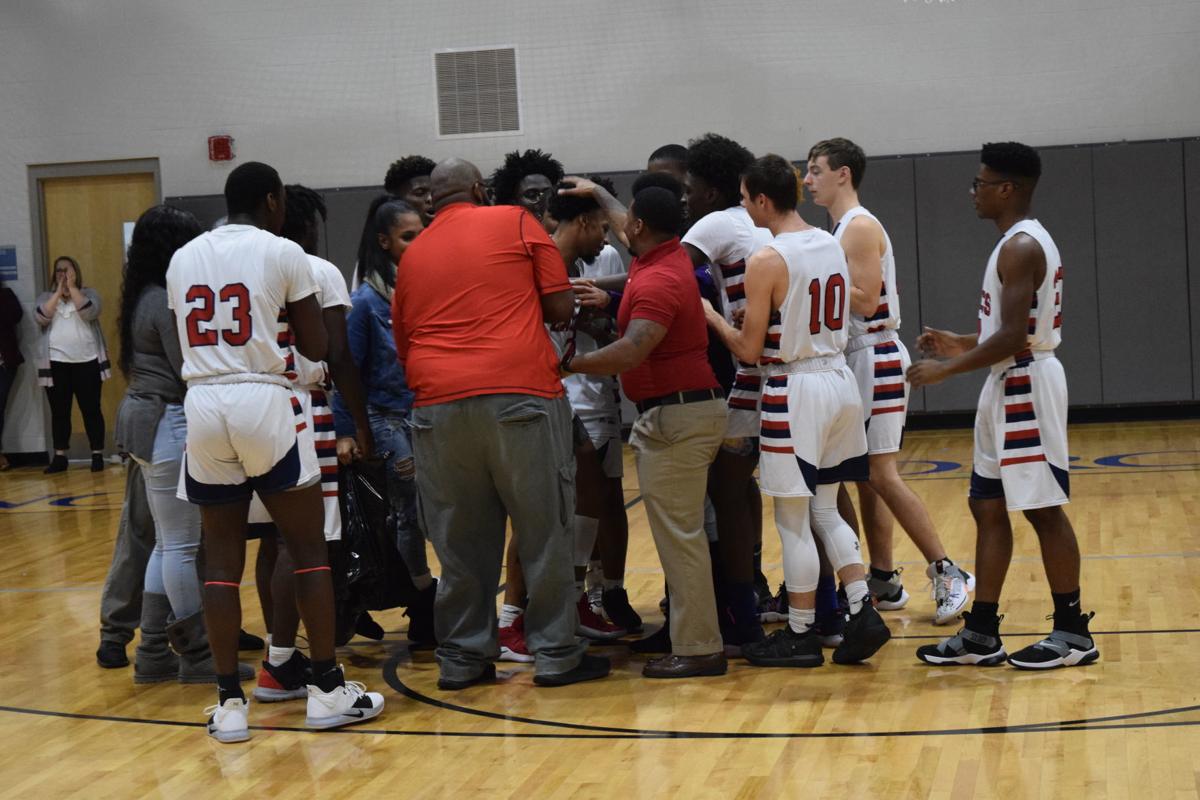 Jaheim Copper celebrates with his team and his family after scoring his 1,000th career point. 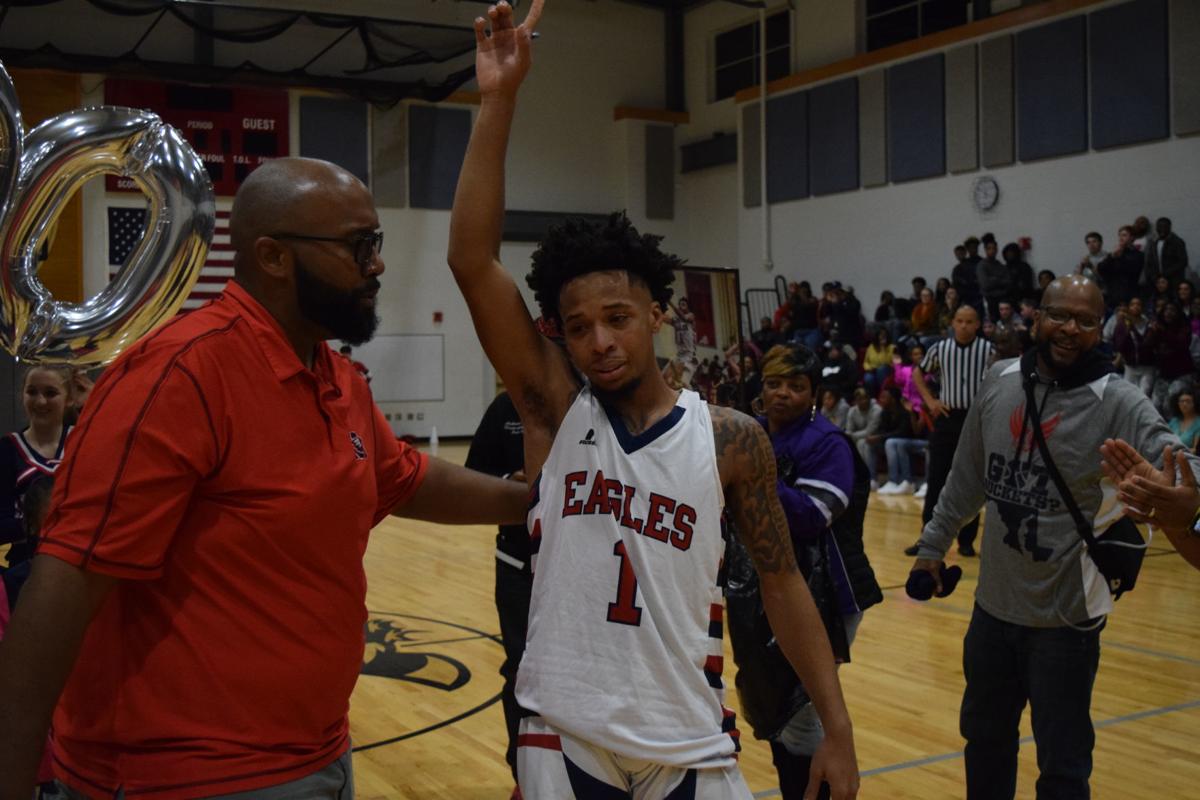 Jaheim Copper acknowledges the crowd as his coach greets him after he scored his 1,000th career point. 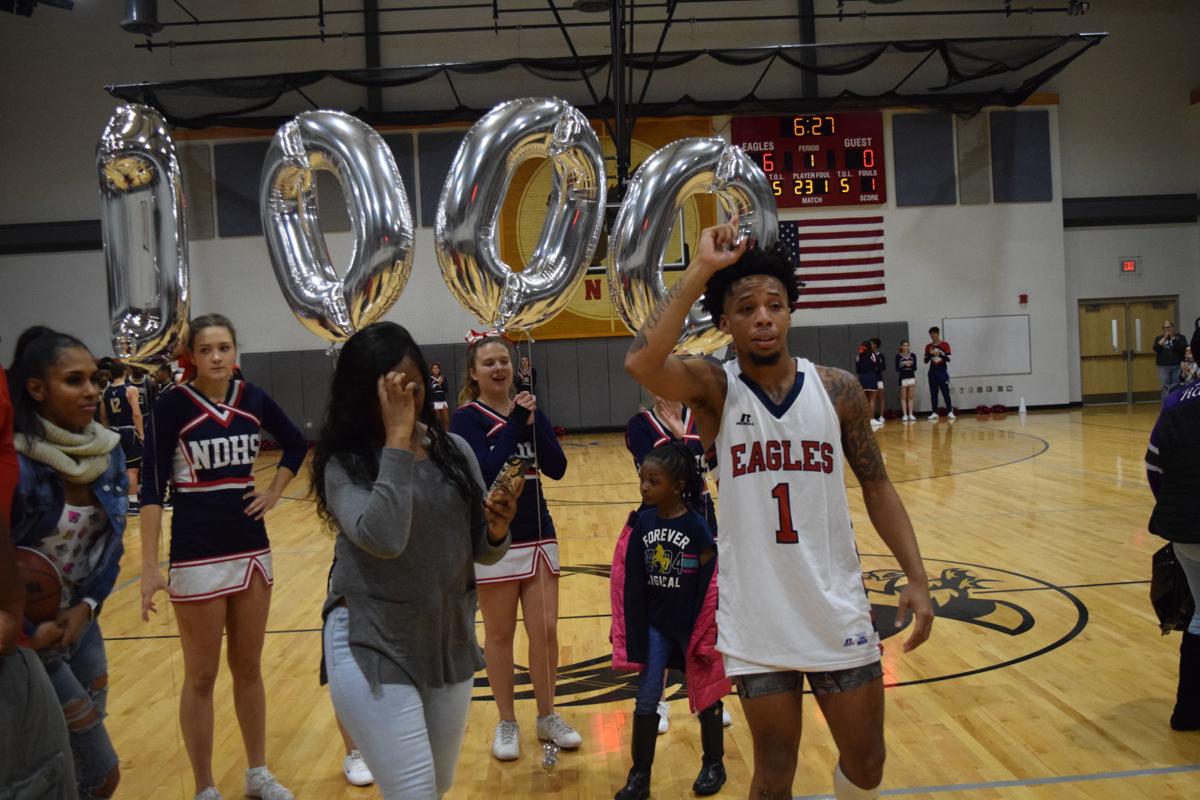 Jaheim Copper celebrates with his team and his family after scoring his 1,000th career point.

Jaheim Copper acknowledges the crowd as his coach greets him after he scored his 1,000th career point.

It had nothing to do with the rivalry. He was one point shy of 1,000 for his Eagles career, and knew — barring something unexpected — the next day would contain very significant moments.

It didn’t take the senior long to get there. With just 1 minute, 33 seconds elapsed in the game, Copper knocked down a 3-pointer to put North Dorchester up 6-0 and him at 1,002 career points.

The game was paused to recognize the achievement. The crowd went wild. Copper fell to the floor and, overcome with emotion, pulled his jersey over his face. His teammates, coaches and family mobbed him in celebration. Cheerleaders brought balloons to mid-court shaped in the digits of 1,000.

“I was trying so hard (at Easton),” Copper said. “But everybody that was there was telling me that they’re glad that I didn’t get it there because they wanted me to get it here against C-SD, our rival.”

Copper was glad he was able to get it out of the way early in the game so he could just focus on playing the rest of the evening. Cambridge-SD head coach Marty Bailey Jr. said the timing of the moment worked out well for both teams.

Copper is the third in his family to score 1,000 points at North Dorchester. His older sister, Tiffany Cephas – now head coach of North Dorchester girls’ basketball team – achieved 1,000 points during her high school career. And his niece, Breisha Cephas, is a junior on the girls’ team, and topped 1,000 last season.

That history only added more meaning to the moment for Copper.

“It’s a big thing in my family because my niece and my sister achieved this milestone,” Copper said. “So for all three of our names to be on that banner, and to do this... It’s just huge.”