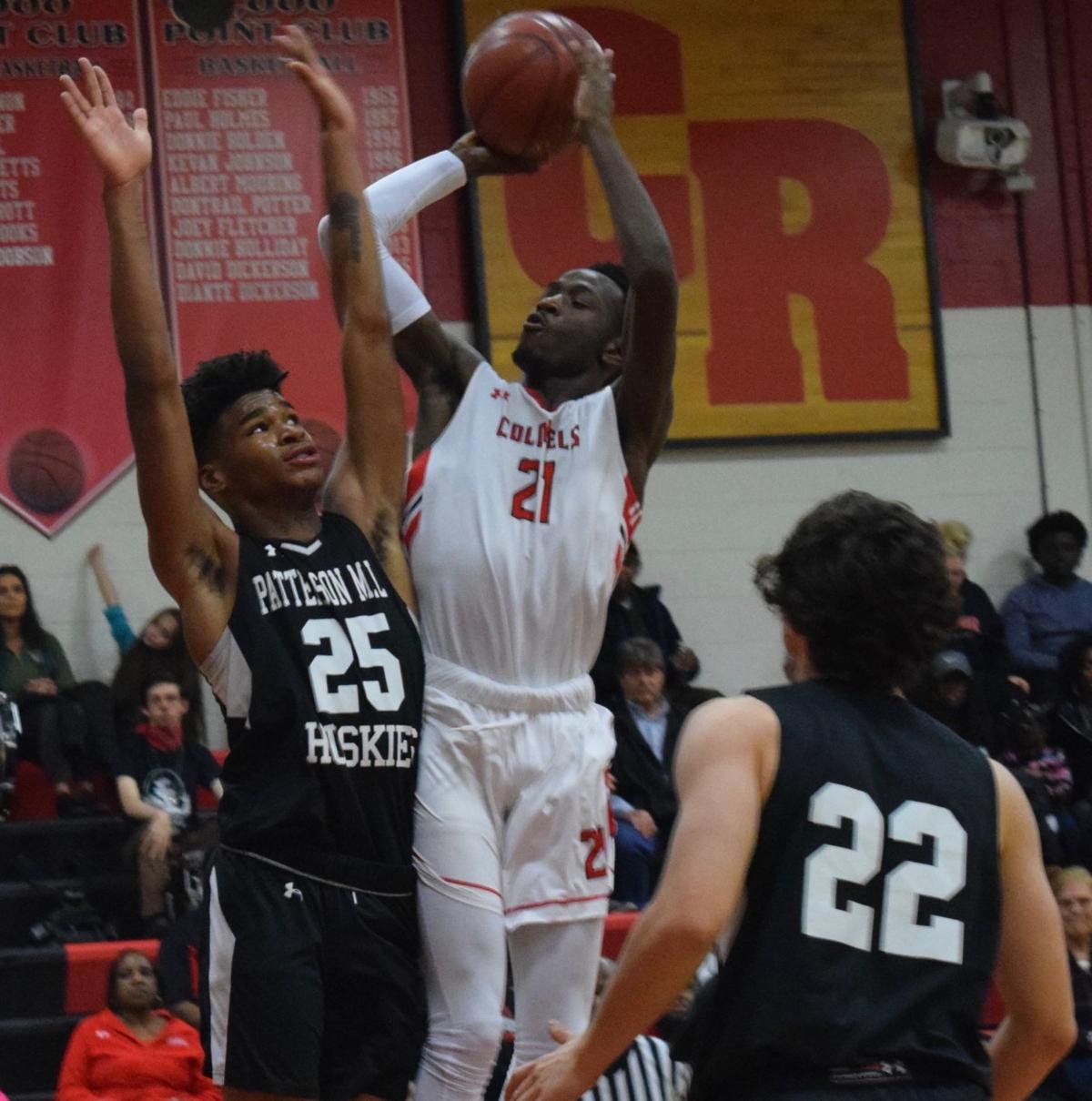 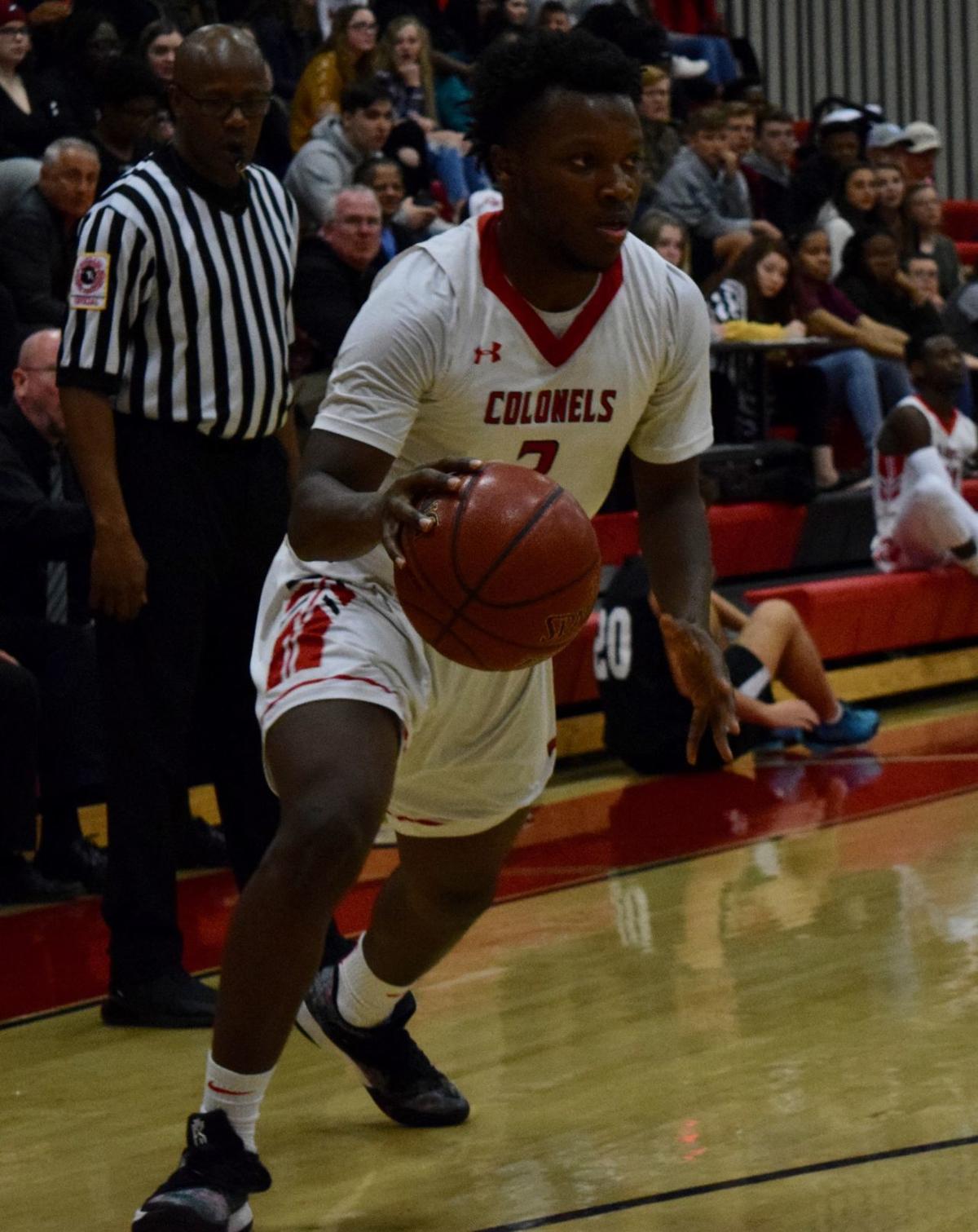 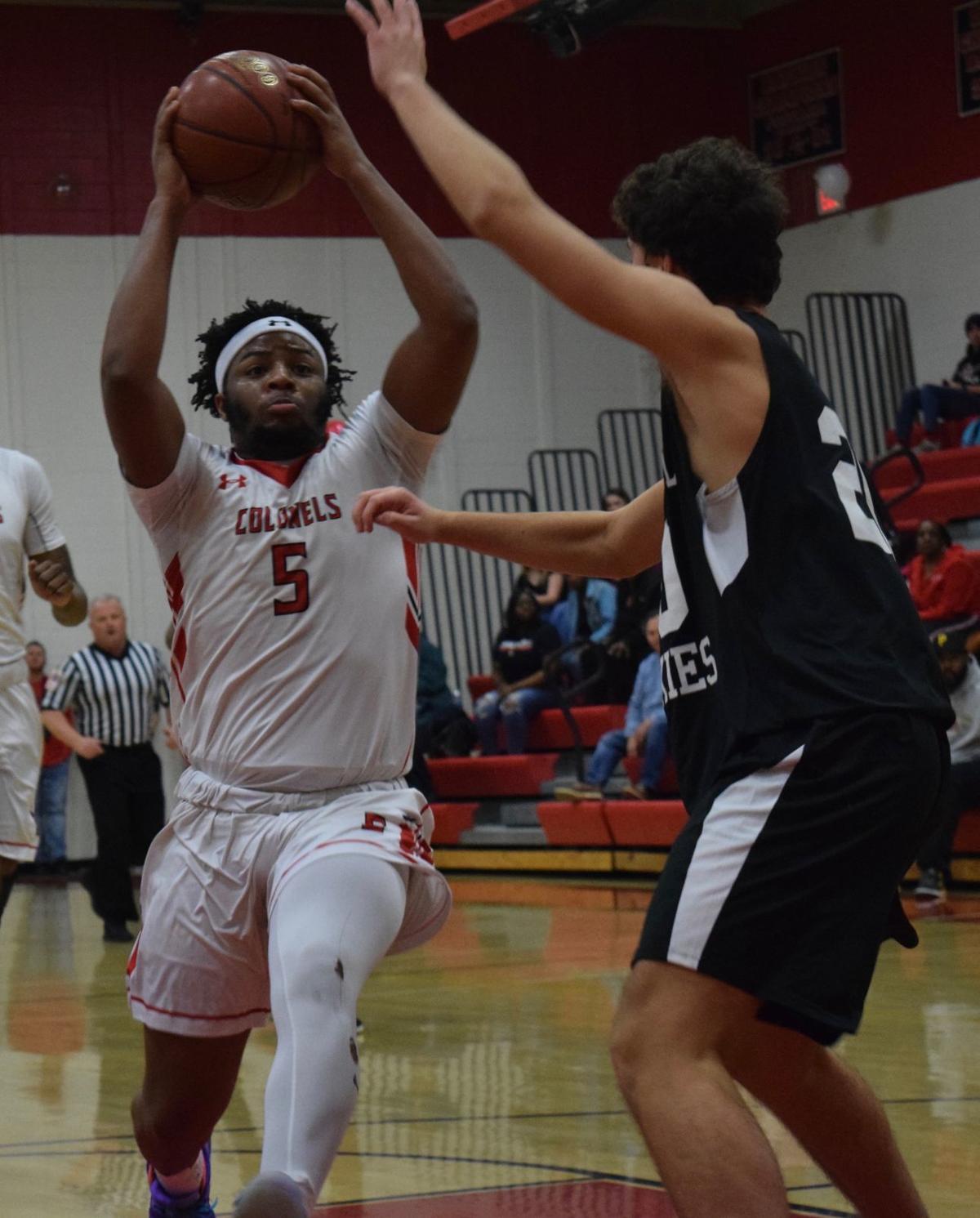 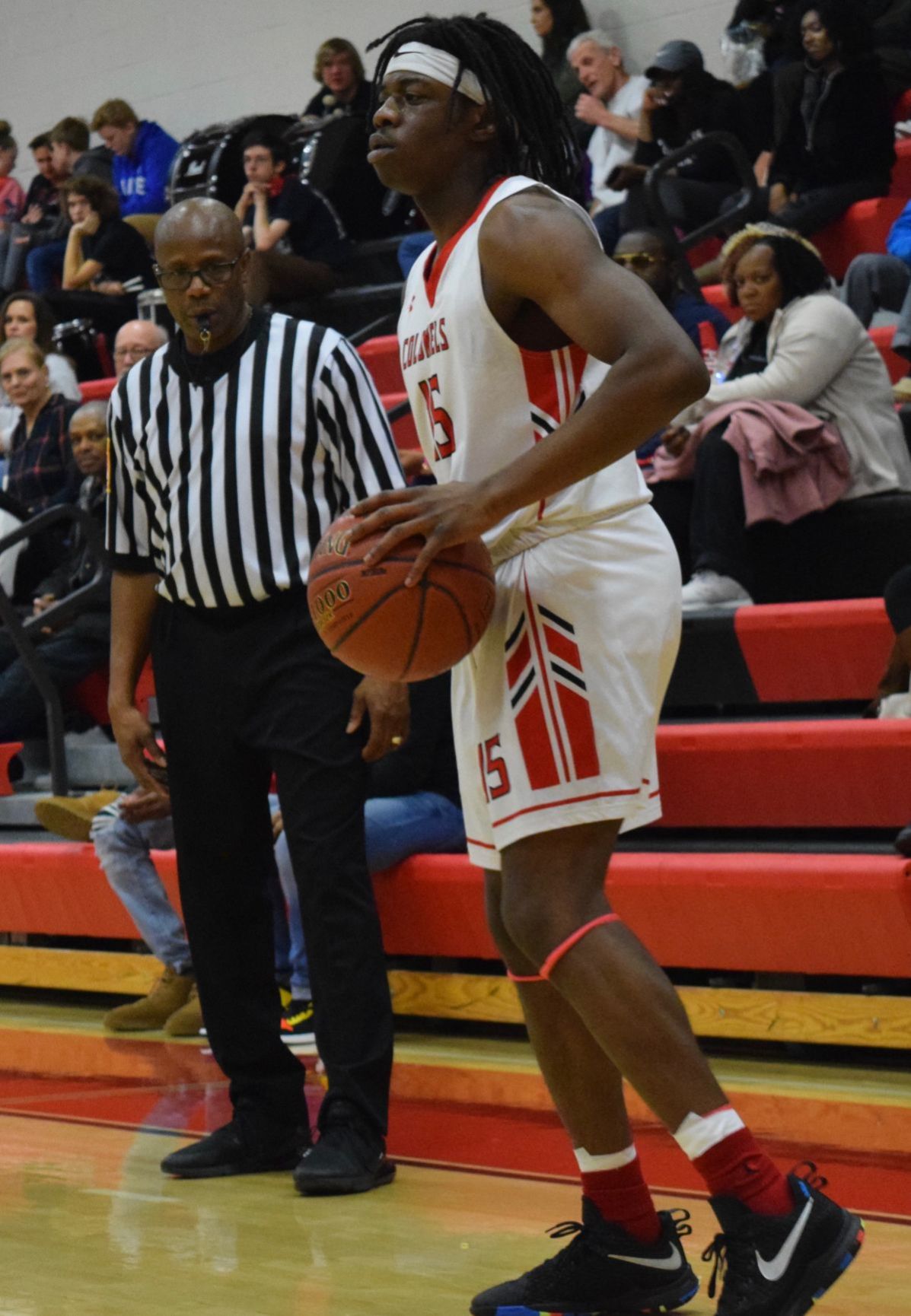 Colonel Richardson’s Jaylin Duncan looks for a teammate to pass to during CR’s win over Patterson Mill on Friday. 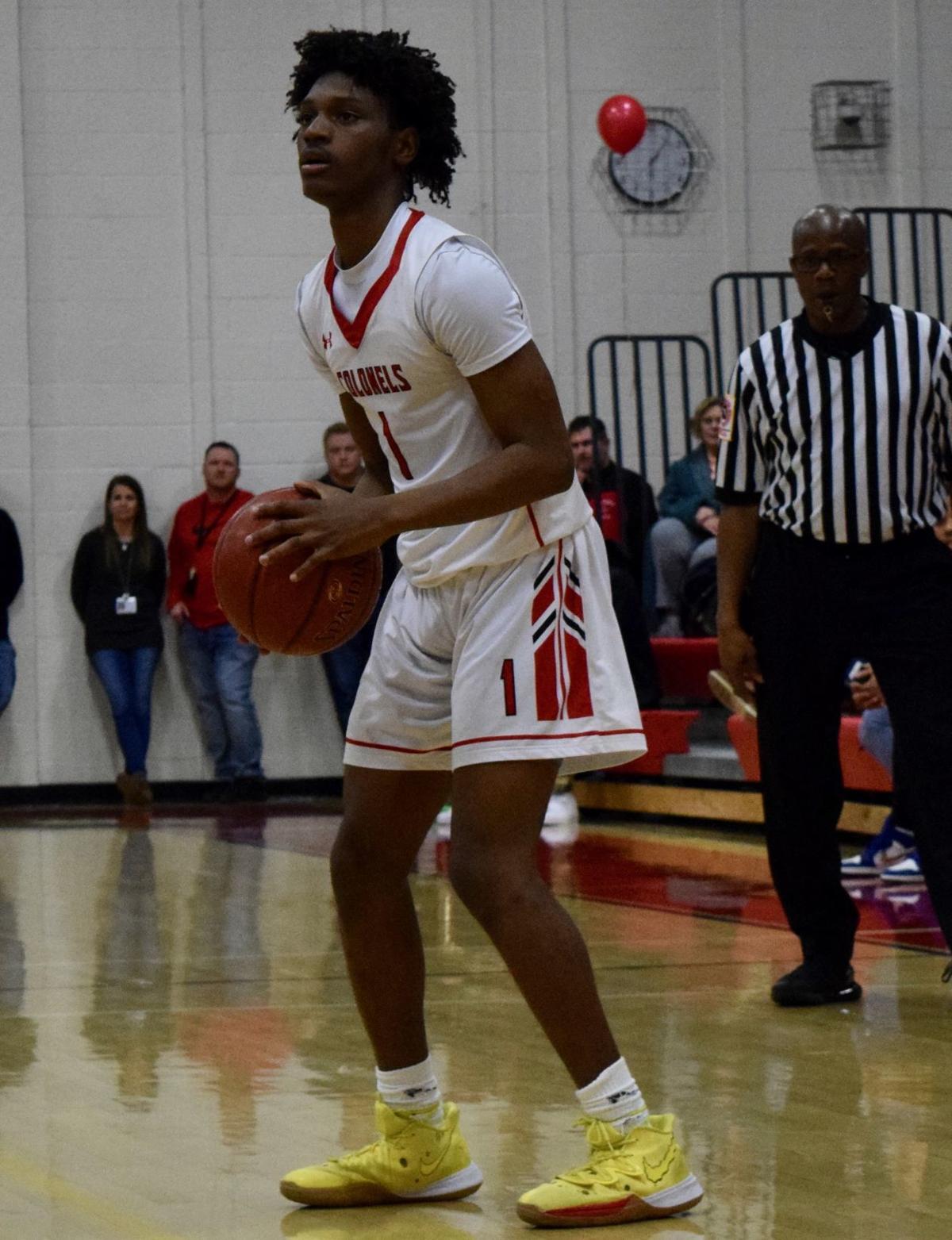 Colonel Richardson’s Rakai Jones looks for a teammate to pass to during CR’s playoff win over Patterson Mill on Friday. 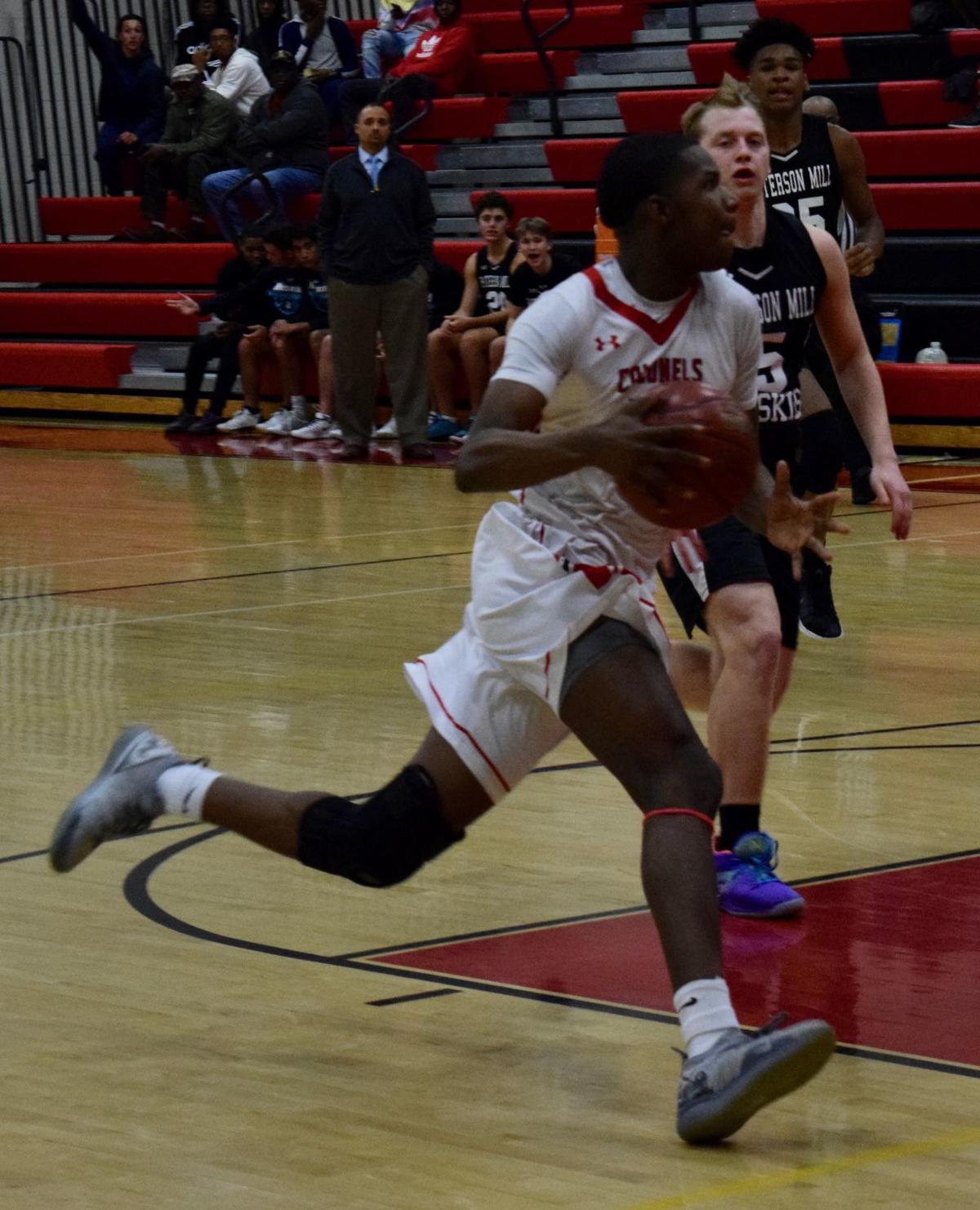 Colonel Richardson’s Jaylin Duncan looks for a teammate to pass to during CR’s win over Patterson Mill on Friday.

Colonel Richardson’s Rakai Jones looks for a teammate to pass to during CR’s playoff win over Patterson Mill on Friday.

FEDERALSBURG — Colonel Richardson High’s boys’ basketball team fell to Patterson Mill each of the last two years in the playoffs. This year, the Colonels got revenge.

They defeated the Huskies 68-43 Friday to advance to the Class 1A East Region I semifinals.

Colonels head coach Brad Plutschak said their previous playoff disappointments against Patterson Mill were on their minds going into the game.

“I think it was there when we were prepping,” he said. “They just had a real desire. But they really wanted to advance. It was important to them. And getting a home game was huge. That was really great.”

Third-seeded Col. Richardson (12-9) pulled away in the fourth quarter on a large run. The Colonels outscored sixth-seeded Patterson Mill (8-13) 26-6 in the final period.

“We started pressing them,” he said. “We sped them up and started playing at our pace instead of theirs, and it blew it open.”

Plutschak chalked up the fourth-quarter explosion to some good karma.

“I think we had shots go in and pop out (earlier in the game),” he said. “I think maybe some stuff came back there. We had more shots roll around and go in. It just felt like this basket down here was our friend in the fourth for sure.”

Senior guard Diante Dickerson led the Colonels with 22 points, including 17 in the second half and 11 in the fourth quarter. Seven CR players scored during that key fourth quarter.

Dickerson was quiet in the first half, but came through when the Colonels needed him most. Plutschak was especially proud of him and his other seniors. This was the first playoff win for his senior class, who lost to Cambridge-SD in the first round as freshmen before the consecutive first-round losses to the Huskies.

“My seniors, I know it meant a lot to them,” Plutschak said. “I think that was one of the better offensive games Carter Ferguson’s had. He’s got size and he’s got potential, but it’s starting to really come together and it really did today. My other center, Jachaun Wilson Greene was really great on the boards. And then Diante, the scoring came late for him tonight. But it was still there. And when we needed the big baskets, he did it.”

Colonel Richardson will face second-seeded Joppatowne on the road next week.

The Colonels have won three straight and six of their last eight dating back to late January. The players’ morale is high and they have momentum.

“We started off slow in the season. As the season went on, we had some close losses and some victories that some people probably think that we shouldn’t have gotten,” Ferguson said. “But we’re on a train right now. We hadn’t won a playoff game in a while, so we’re all very excited.”