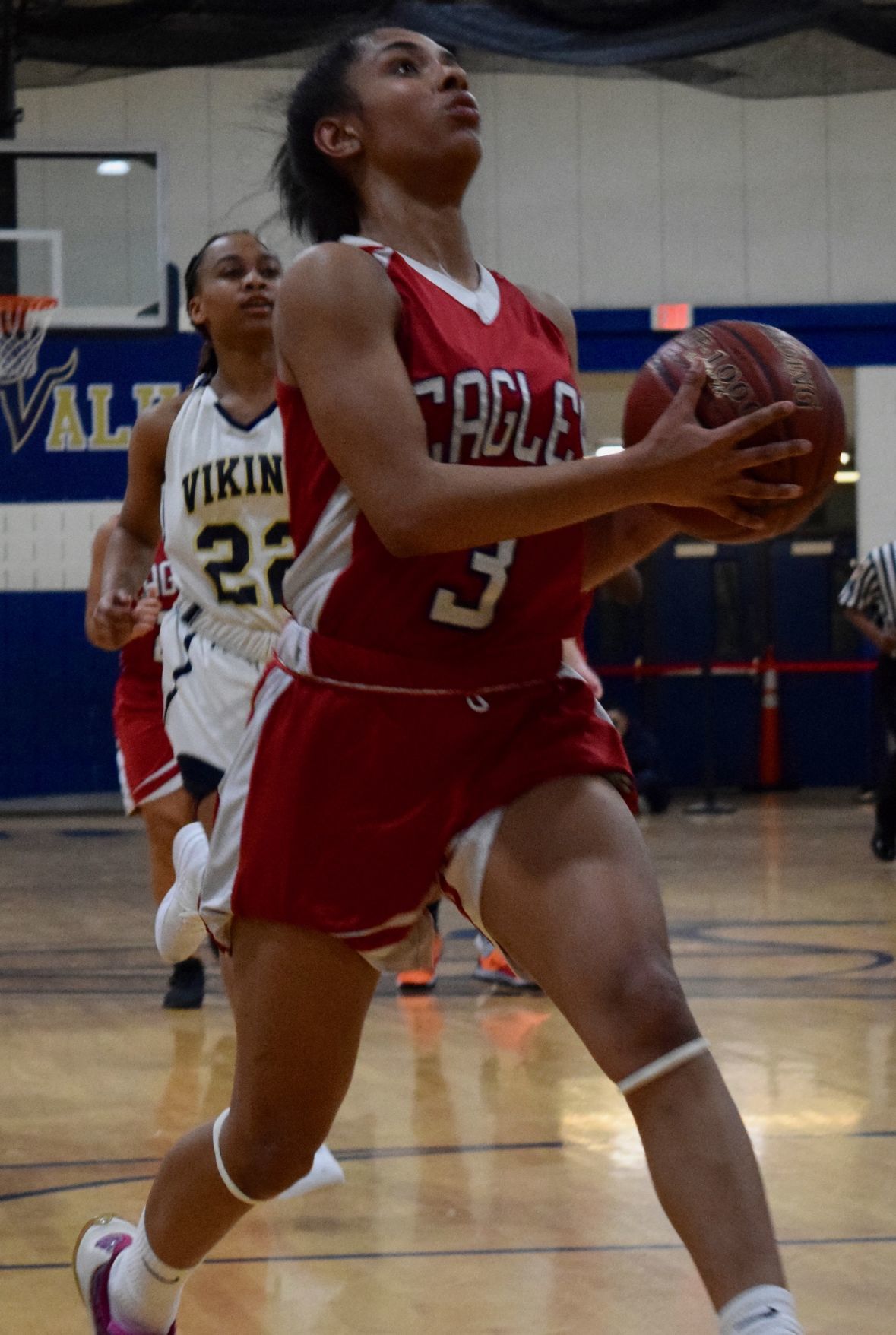 North Dorchester’s Breisha Cephas goes in for a layup during the Eagles’ win over Cambridge-SD. 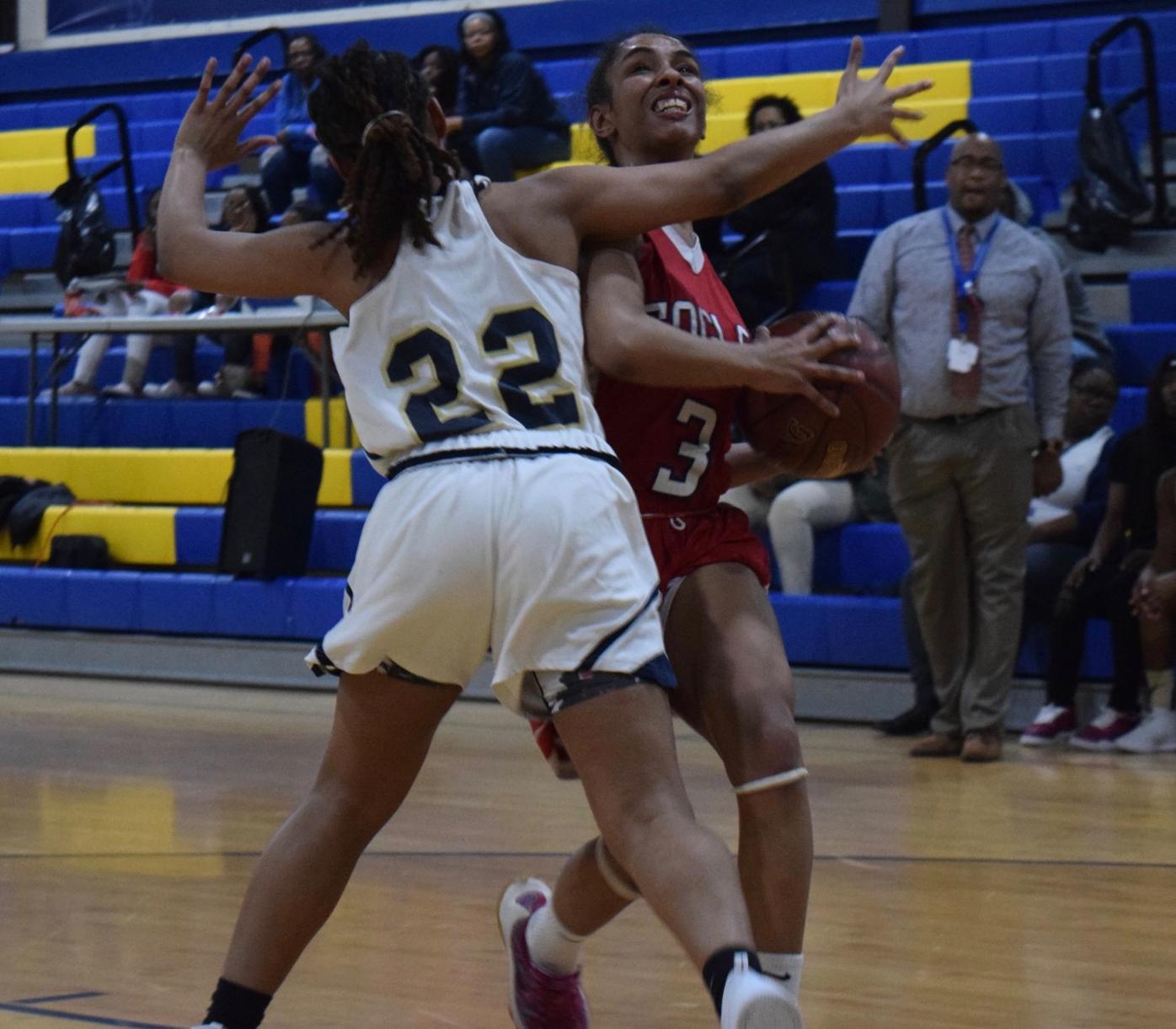 North Dorchester’s Breisha Cephas looks to go up for a shot with Cambridge-SD’s Jade Ward defending. 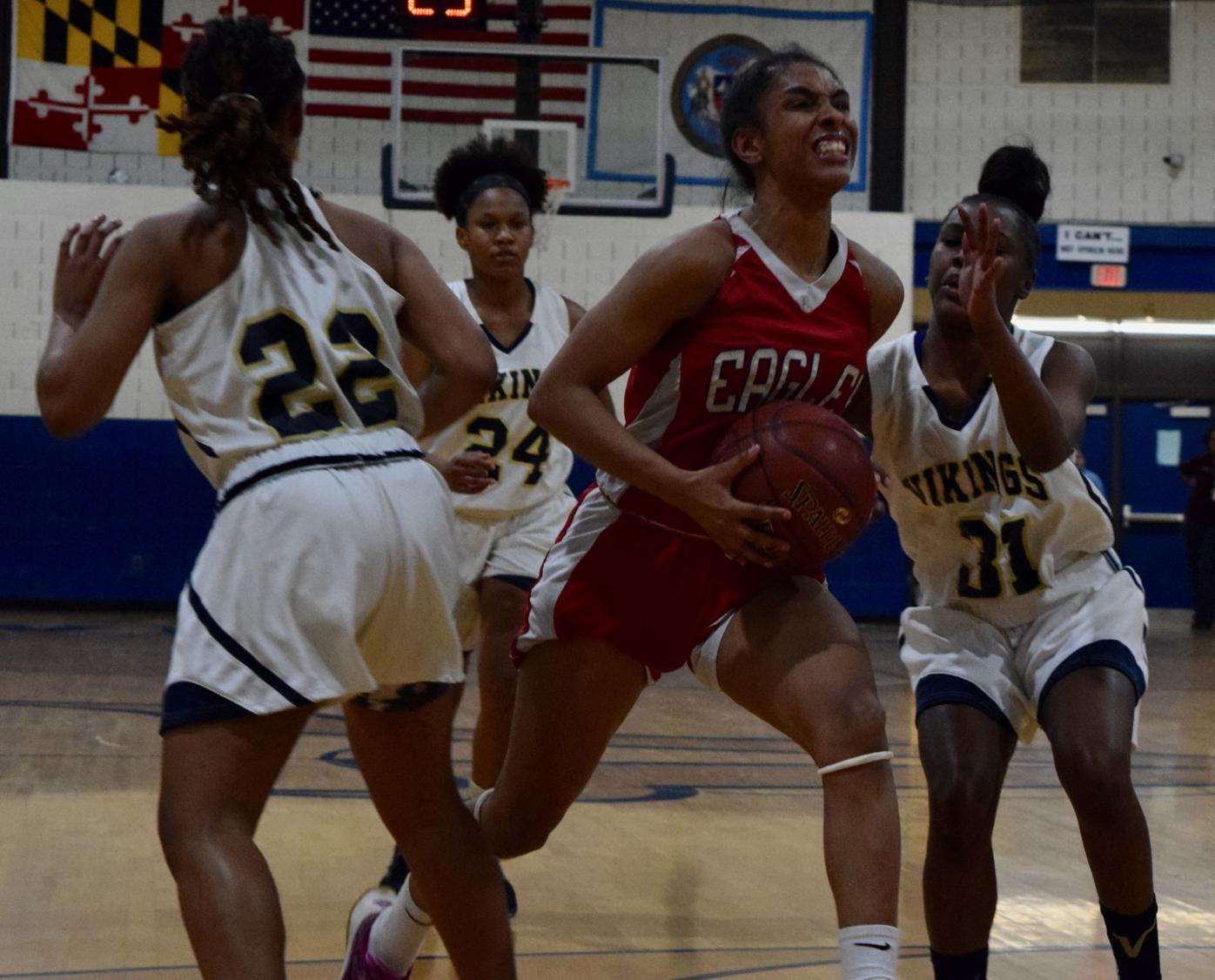 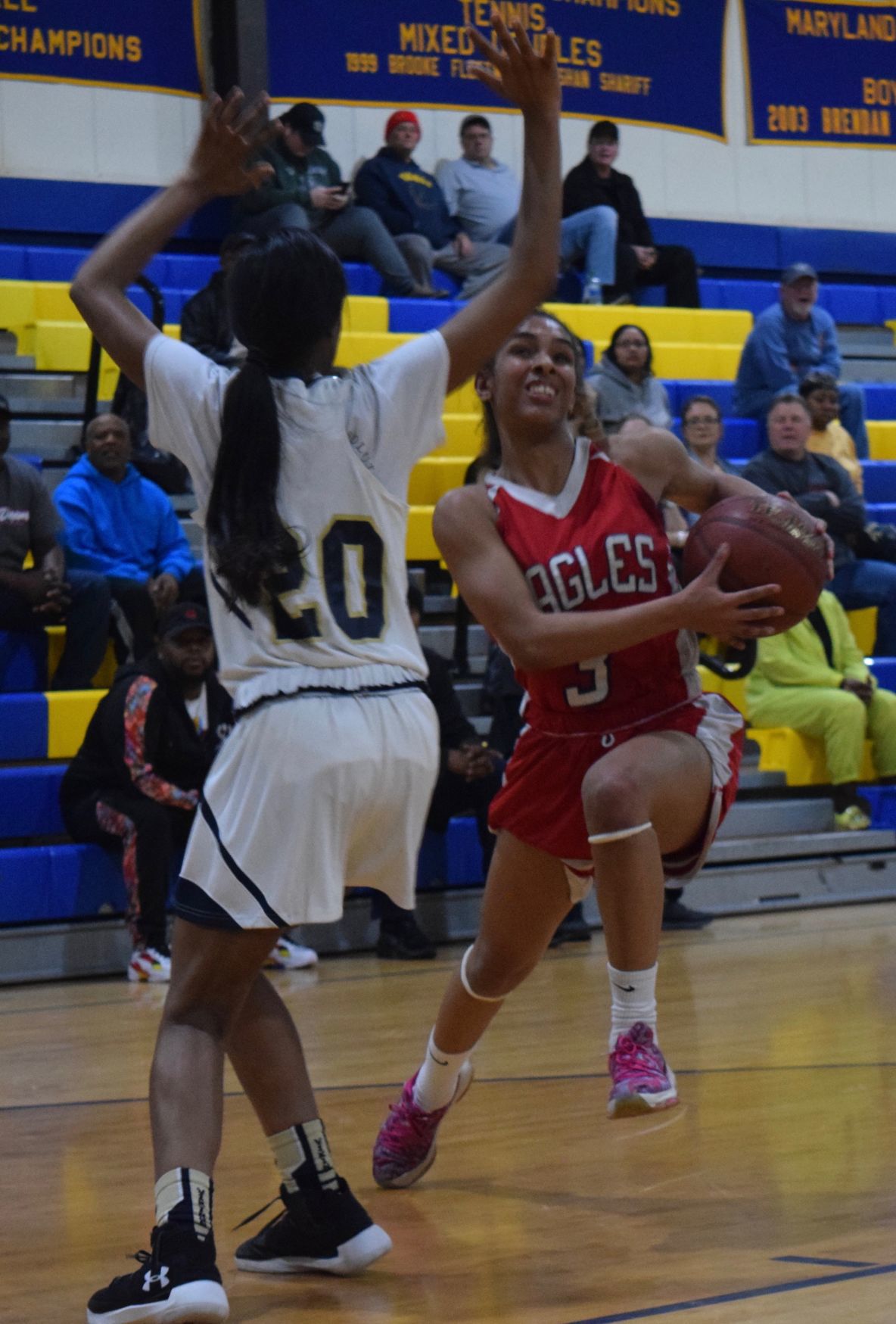 North Dorchester’s Breisha Cephas goes in for a layup during the Eagles’ win over Cambridge-SD.

North Dorchester’s Breisha Cephas looks to go up for a shot with Cambridge-SD’s Jade Ward defending.

Third-seeded North Dorchester (8-14) led by as many as 15 in the third quarter, but second-seeded Cambridge-SD (10-11) fought back into the game. The Vikings got as close as three points, and had chances to tie late in the fourth quarter. But those chances didn’t pan out, and the Eagles survived.

“This is a great win,” North Dorchester head coach Tiffany Cephas said. “I don’t believe that we have came this far (in the playoffs) since I was in school, since 2001. So this is pretty amazing.”

Senior Breisha Cephas led North Dorchester with 31 points, including 19 in the second half. Everything the Eagles did offensively ran through her.

C-SD defended Breisha aggressively and physically all game. She saw double-teams nearly every possession, and was fouled often. She hit the floor many times, either from fouls or momentum going to the hoop. Cephas shot 9 for 16 from the free-throw line.

The physicality never shook her.

“I don’t take physical basketball seriously because I’m a physical player myself,” Breisha Cephas said. “So I don’t let it get to me. I’ve learned to just play my game.”

Breisha Cephas is seven points away from her 2,000th career point. She’ll have a prime opportunity to reach that milestone in the next round of the playoffs. She wasn’t aware of how close she was until someone informed her after the game.

“She’s excited,” said Tiffany Cephas, her mother. “I know she would be the first girl at North Dorchester to have that honor. It’s awesome. She’s a great girl. She’s a great player. It’s pretty awesome.”

Cambridge-SD sorely missed standout junior guard Kenya Jones, who missed her sixth consecutive game with a knee injury. Vikings head coach LaShawn Tucker said she was at about 95 percent, but hadn’t been fully cleared to play yet.

Had Jones been active, Tucker thought the game would have gone much differently.

“She would’ve made a huge difference,” Tucker said. “There were times we couldn’t drive the ball. (She’s) just another ball-handler, another leader, another scorer. That’s 25 points out of your lineup that you’ve got to try to piece together.”

Tucker was ultimately proud of his team’s season in his first year at the helm. He gave himself a C+, but thought his team’s competitiveness is a good building block going into next year.

“We competed in every game,” Tucker said. “A lot of kids got better. We’re young. We’ve got 85 percent of our team coming back next year. So we’re going to make a run next year.”

The Eagles will host sixth-seeded Snow Hill (7-14) Wednesday with a regional title and a spot in the state quarterfinals on the line.