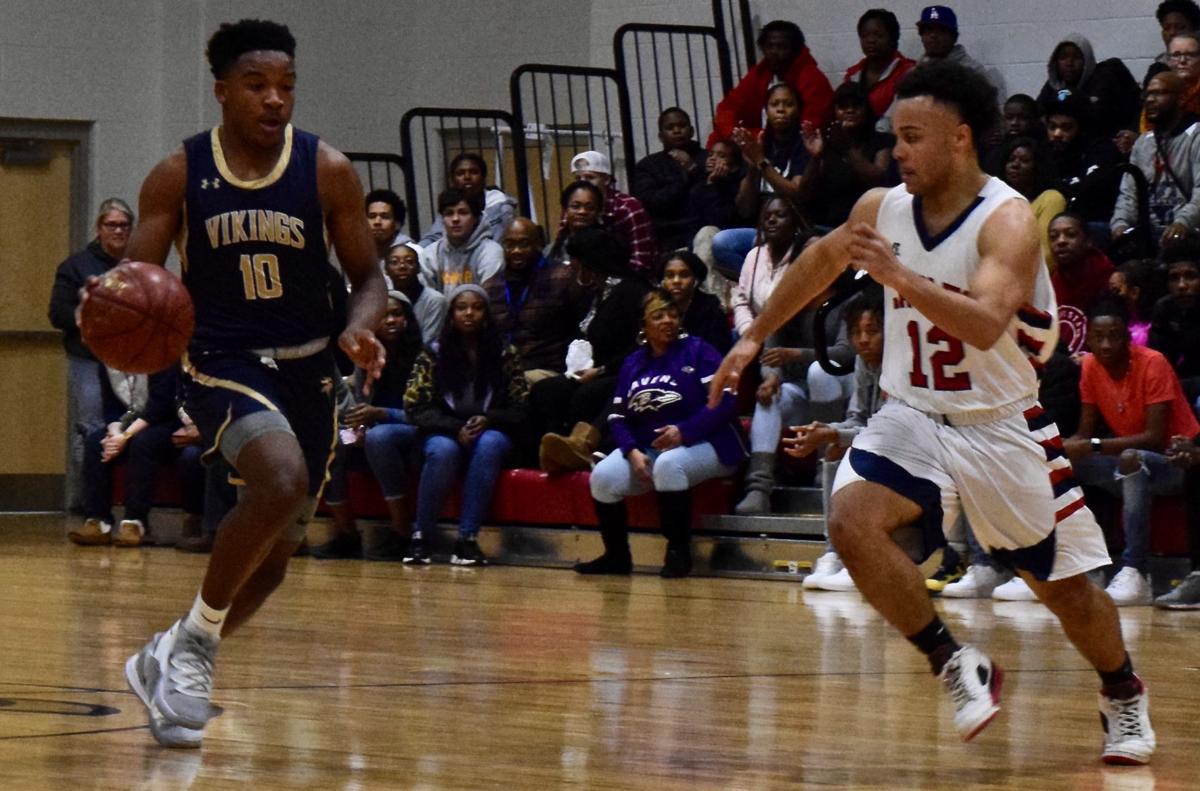 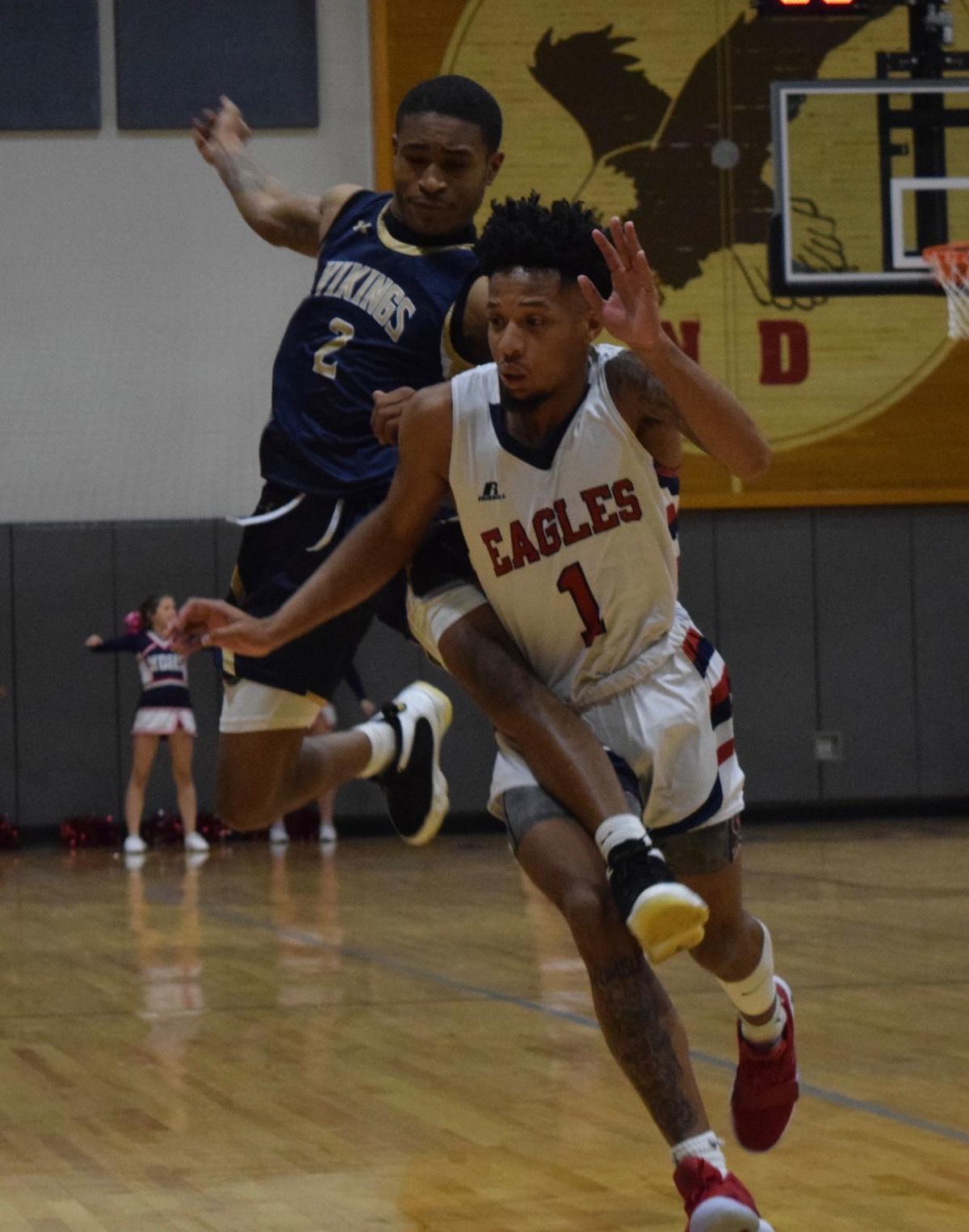 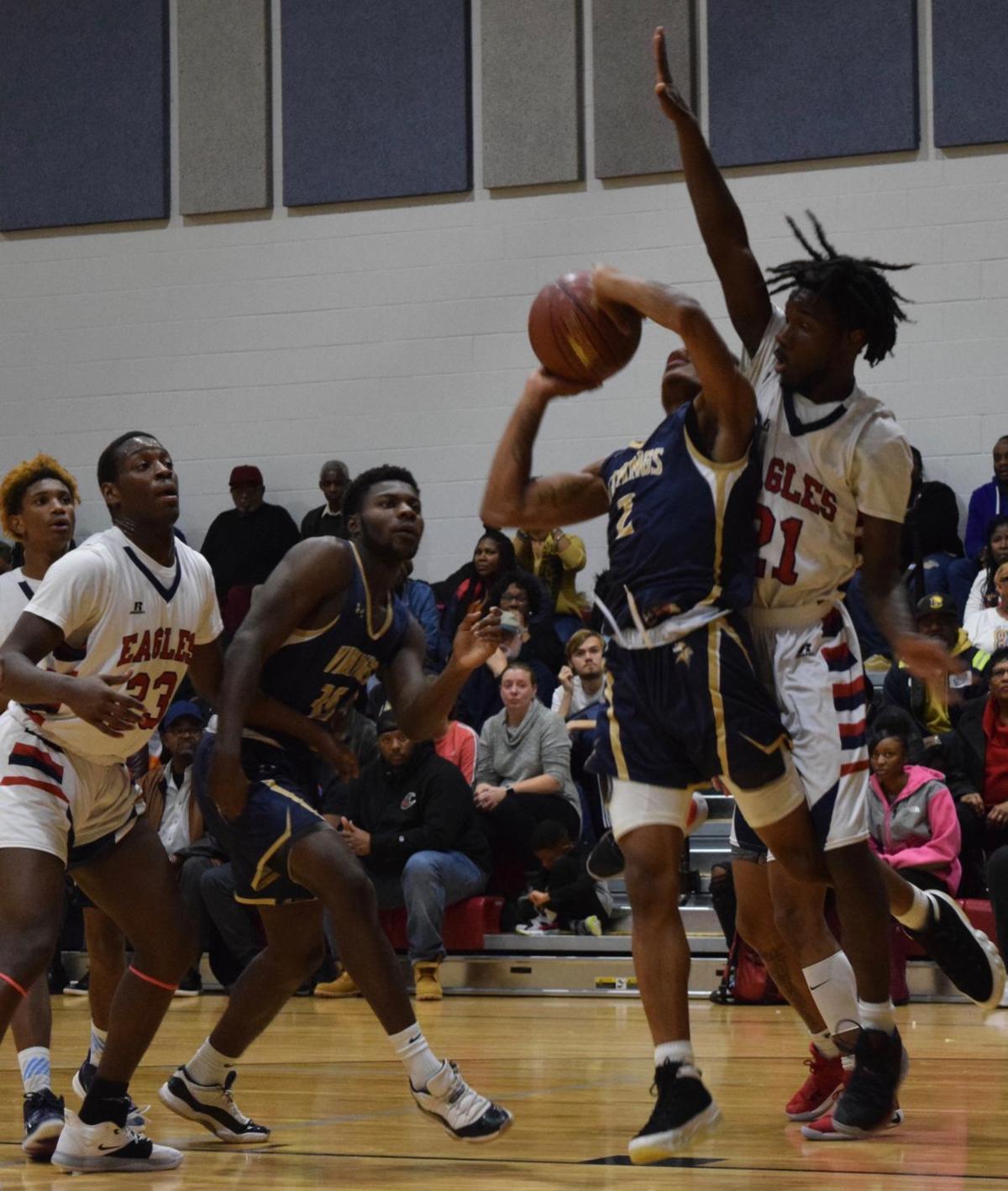 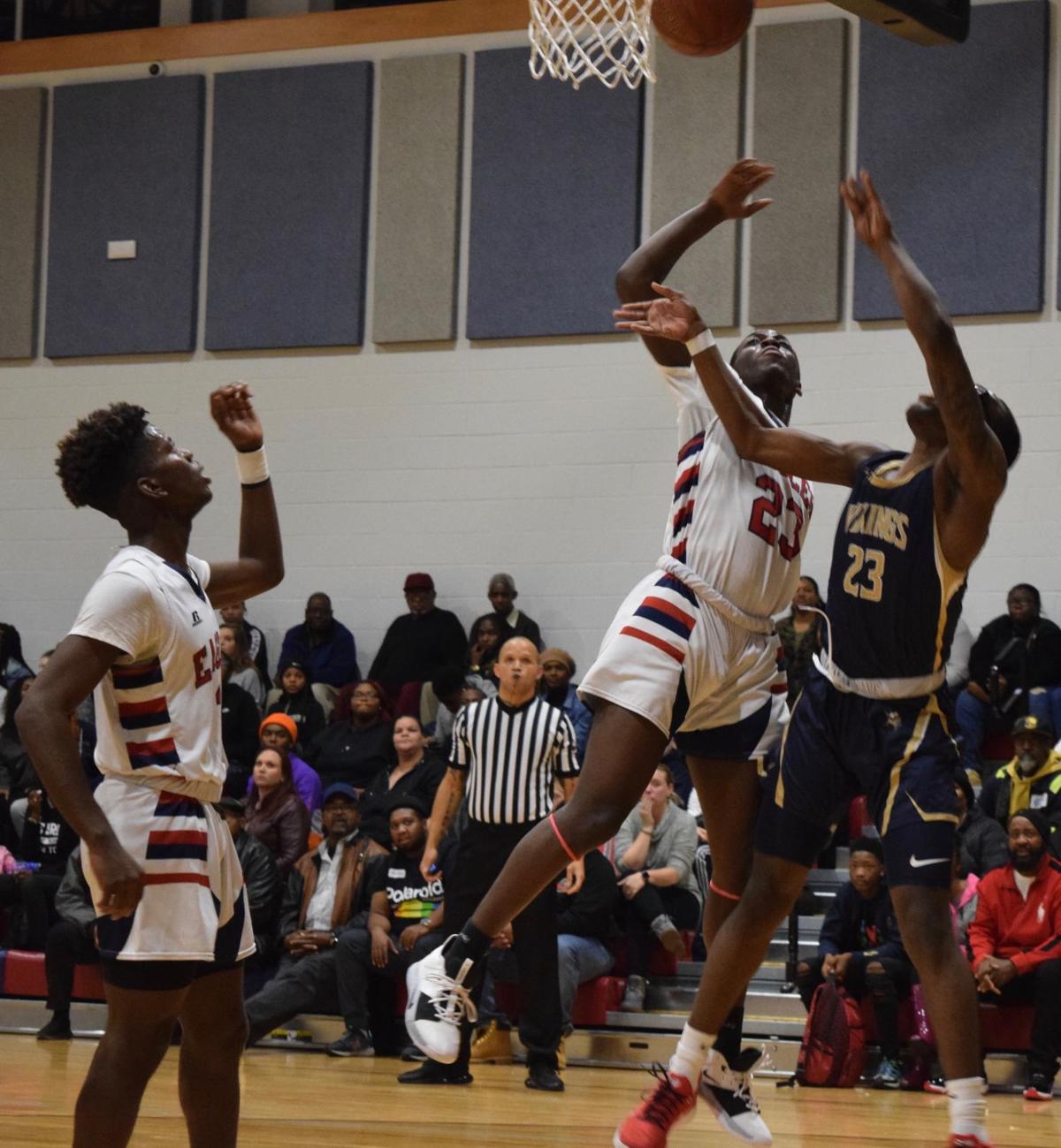 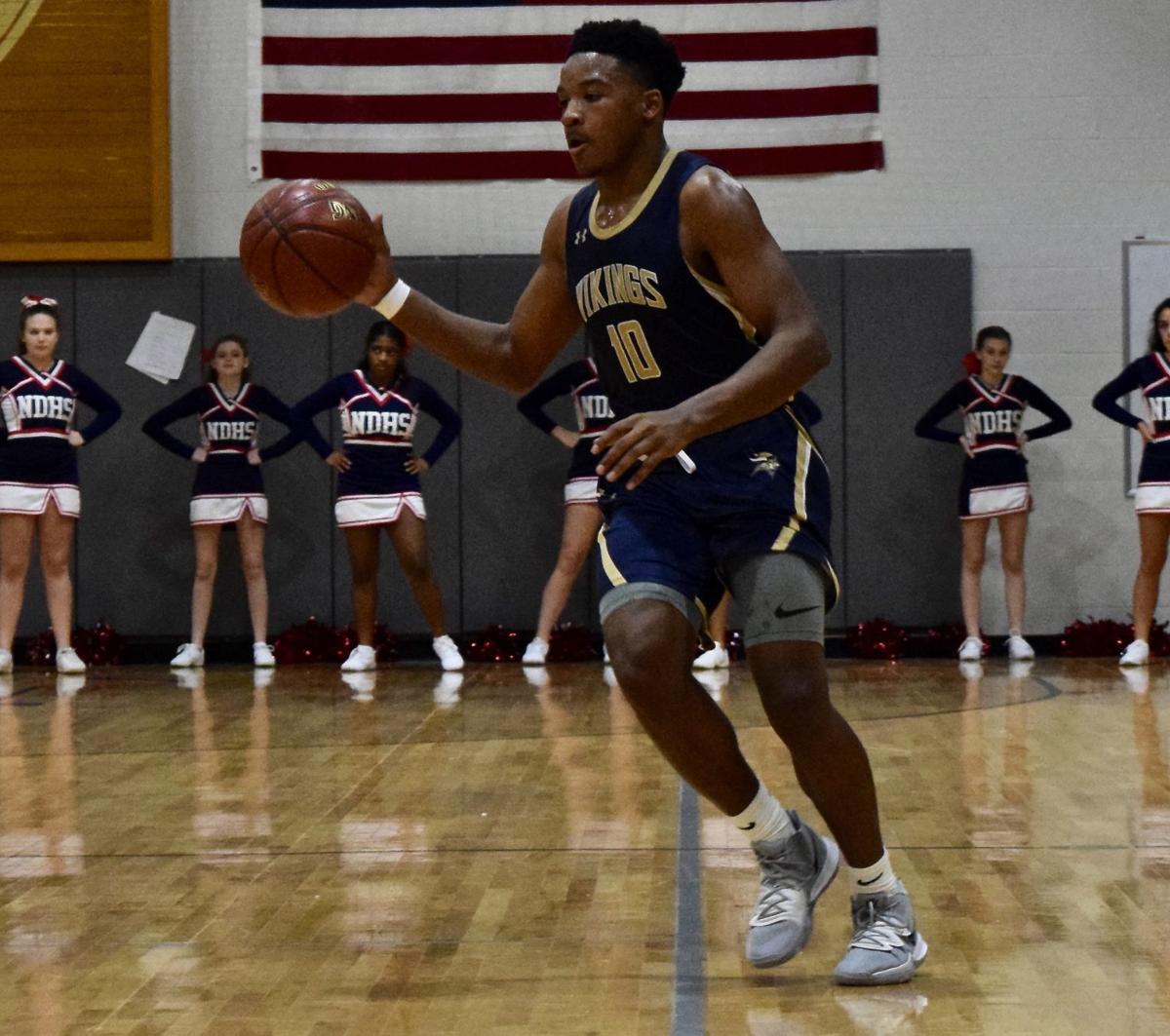 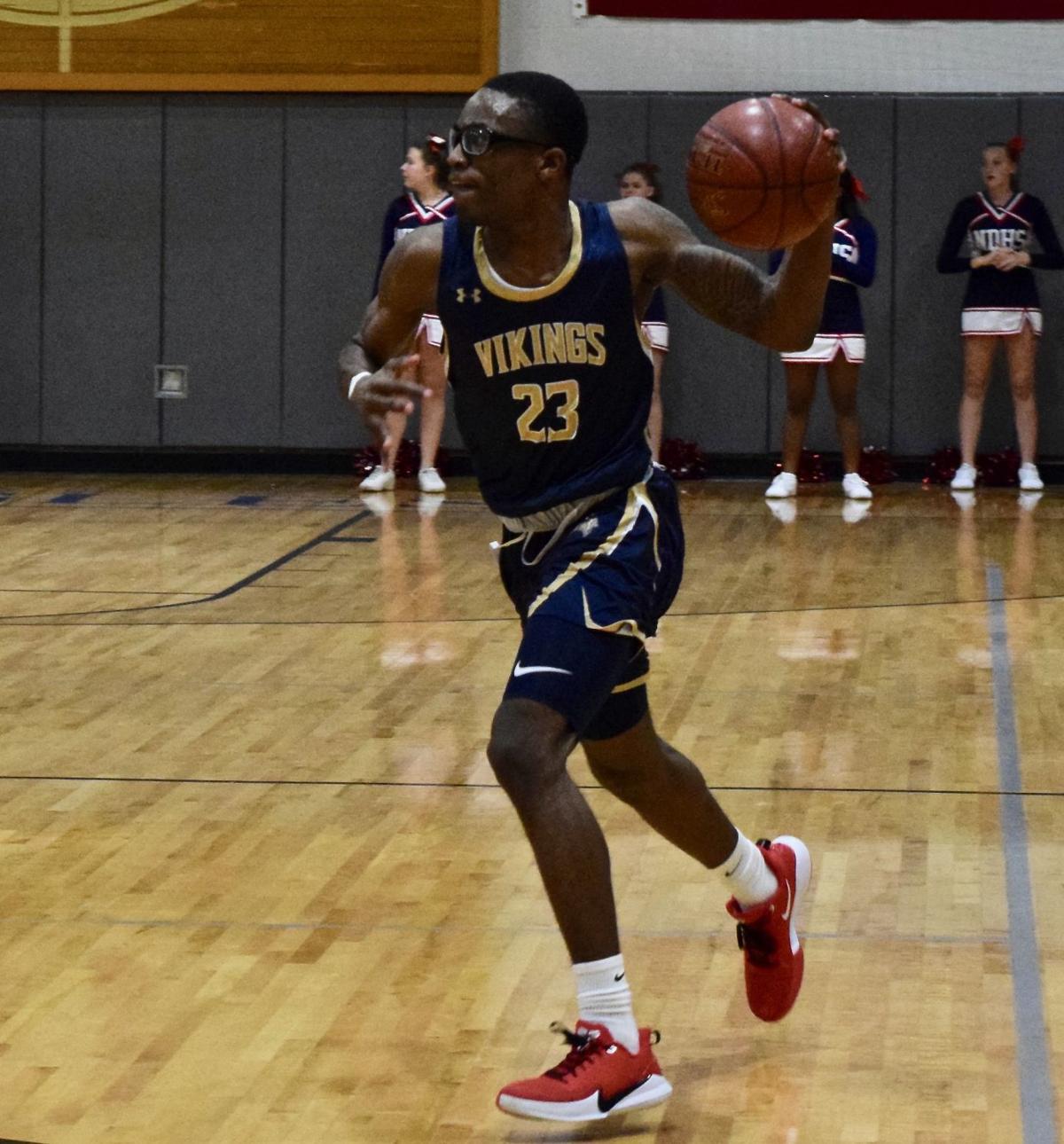 Cambridge-SD’s Vejon Ashley fires in a pass against North Dorchester. 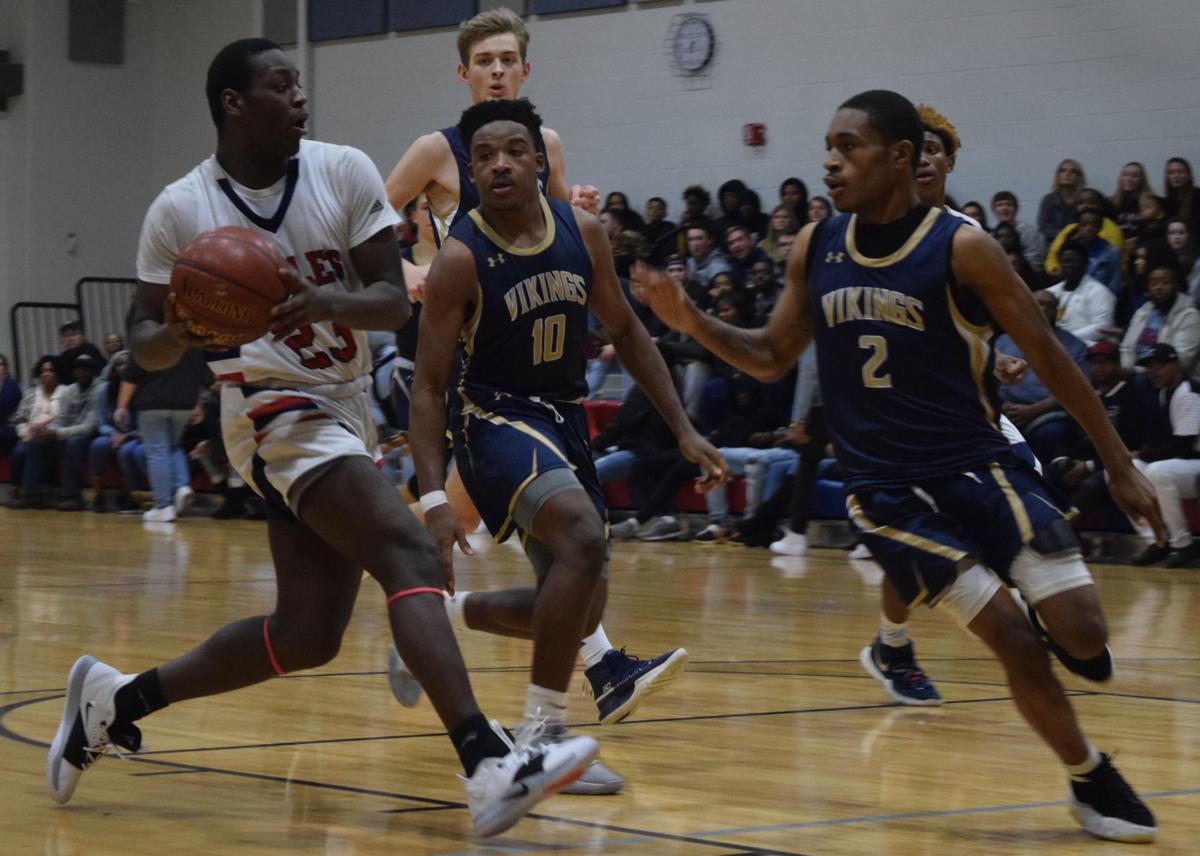 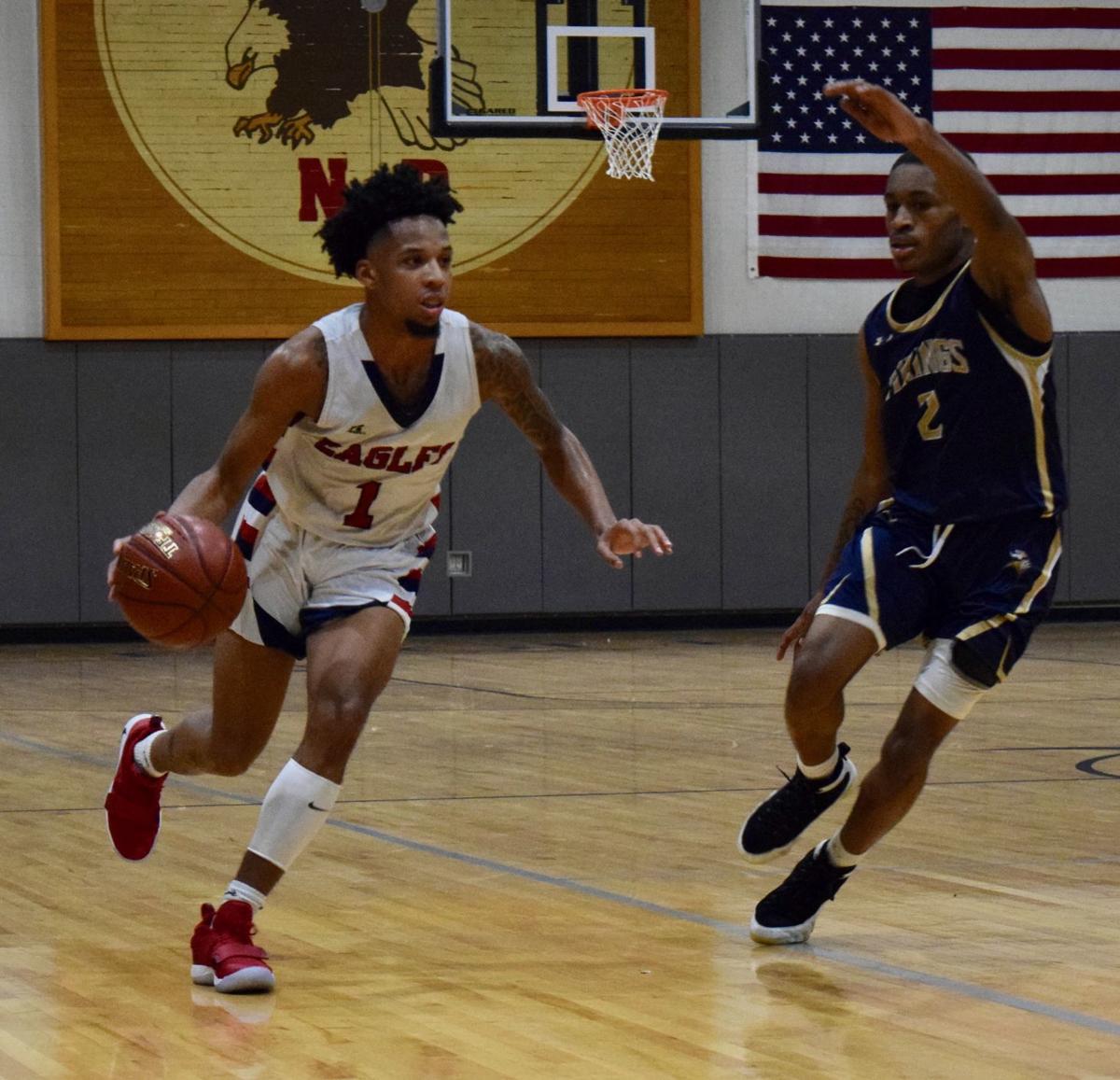 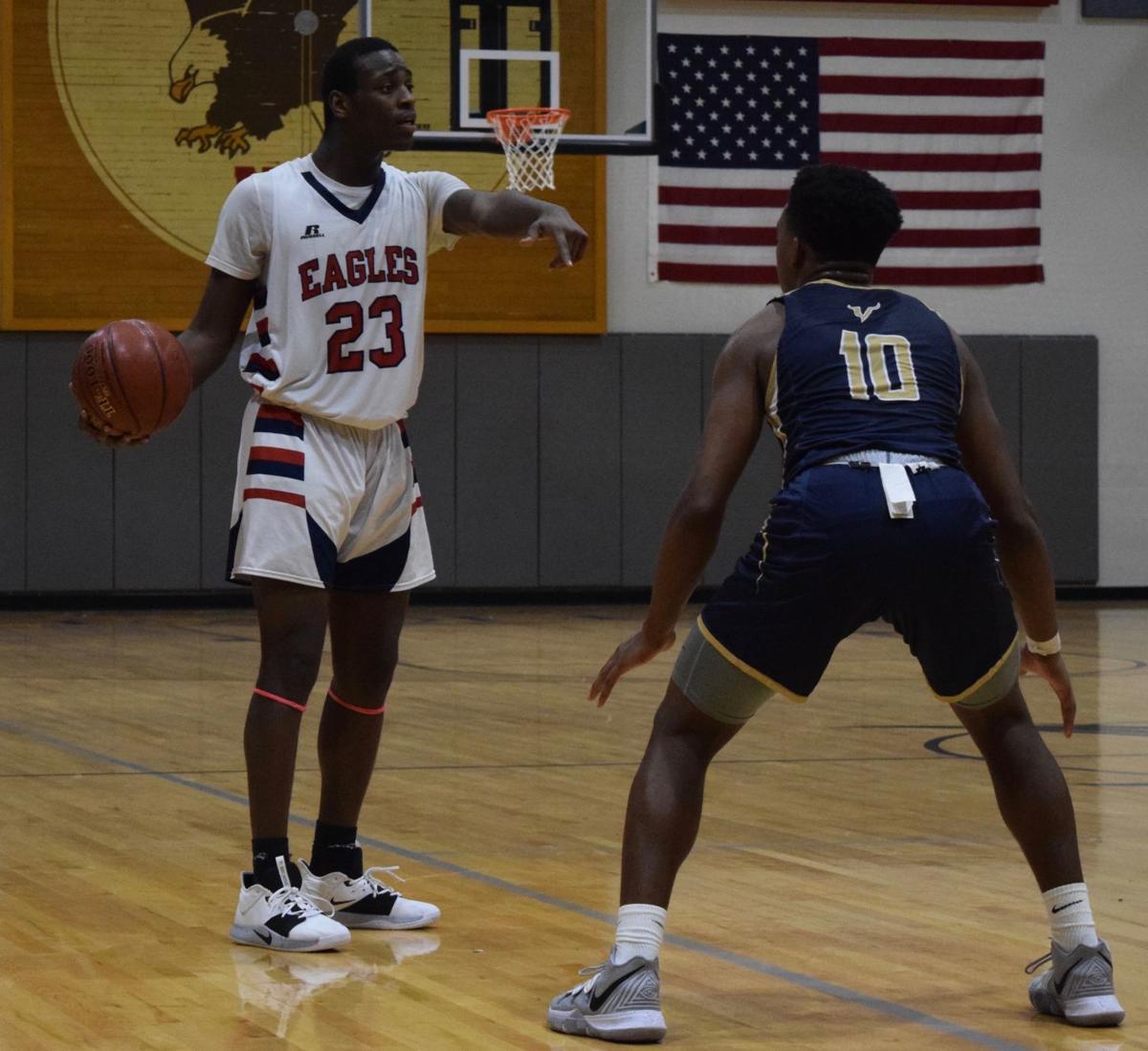 Cambridge-SD’s Vejon Ashley fires in a pass against North Dorchester.

Leading North Dorchester 26-25 at the break, Bailey knew his team was capable of far better. So in the locker room at halftime, he wrote on the board how he thought his team played: “Soft!”

“We kind of took it to heart, and we had to really get out there and play,” Jackson said. “We all just kind of put our heads down. We just locked in. That’s all we really can do is just lock in, execute, and come out here and get the W.”

Jackson led Cambridge-SD (4-0 overall, 1-0 North Bayside) with 19 points. He was key in the Vikings keeping pace in the first half and pulling away in the second.

Logan Middleton put up 16 points for the Vikings, and Donald Banks added 10.

North Dorchester head coach Robert Smith was pleased with his team’s effort in the first half, but thought his team got away from what it was doing well in the second half.

“I knew that they were going to come out (and) keep shooting,” said Smith after the Eagles slipped to 1-2, 1-1. “And they put Middleton in the corner, and I’ve been saying it for a while, he knocks those down. They got the momentum, and we just started (playing) one-on-one instead of working the ball in. And that’s how they ended up running away with it.”

The game was paused early in the first quarter to recognize North Dorchester’s Jaheim Copper, who topped 1,000 career points with a 3-pointer. Copper finished with 17 points to lead the Eagles. Makhai Palmer added 15 and Gary Predse scored 14.

Copper was happy to achieve the milestone early in the game so he could just focus on playing.

“We have to just go and eat as a team since I got that out of the way,” Copper said.

North Dorchester’s new gymnasium was packed for the rivalry game. The magnitude of the moment was palpable.

Both coaches said the rivalry is intense.

“It doesn’t matter what the records are when we play,” Bailey said. “It’s like Duke-North Carolina. It’s a fun atmosphere to be around.”

“I went (to North Dorchester), I graduated in 2002,” Smith said. “And to this day, I still talk about when we played them. It’s a lot. It’s always a lot when you get the counties going against each other. It always means a lot.”

The Vikings will look to keep it going at Queen Anne’s on Tuesday. The Eagles will try to get back in the win column Monday at Pocomoke.