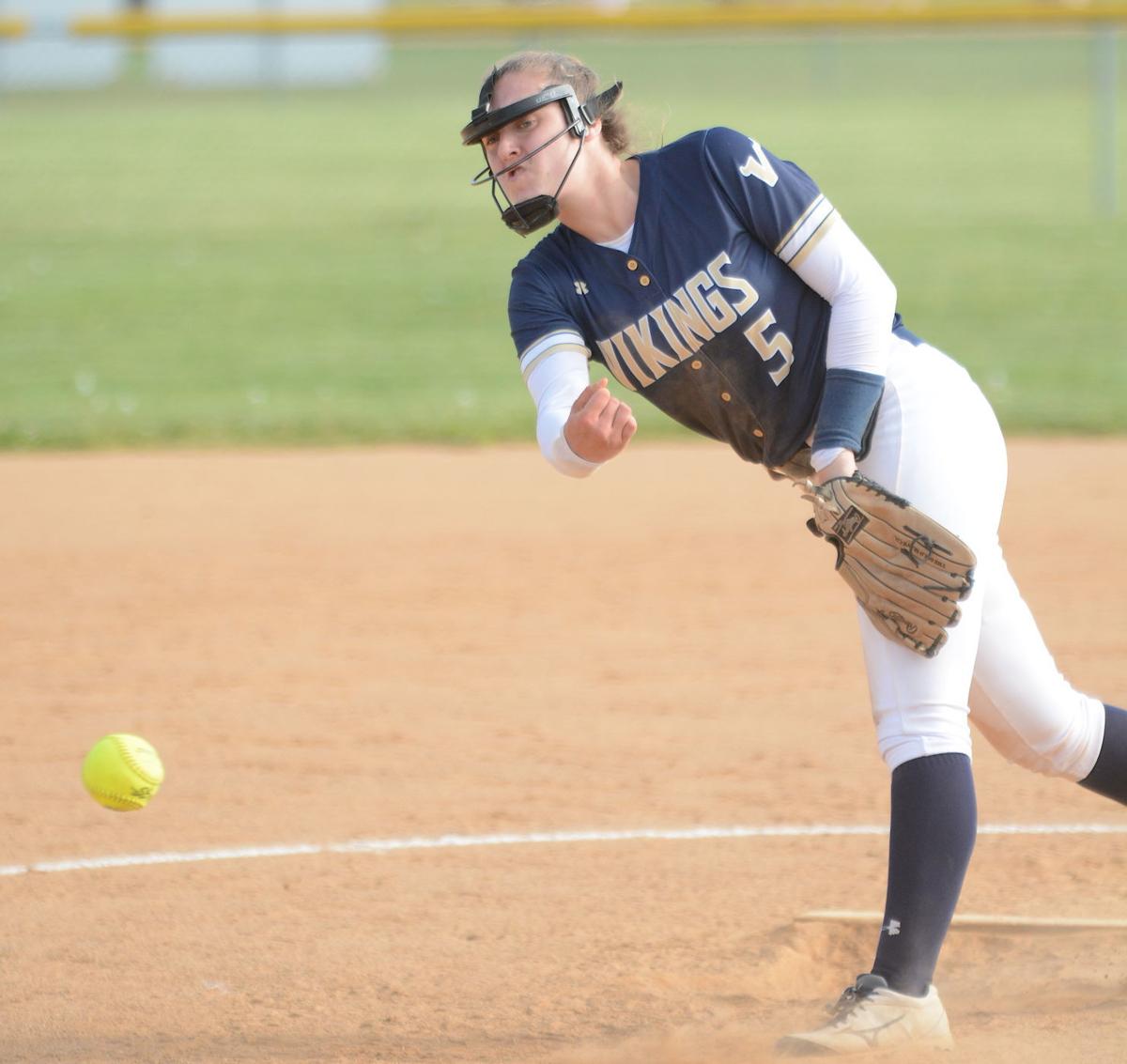 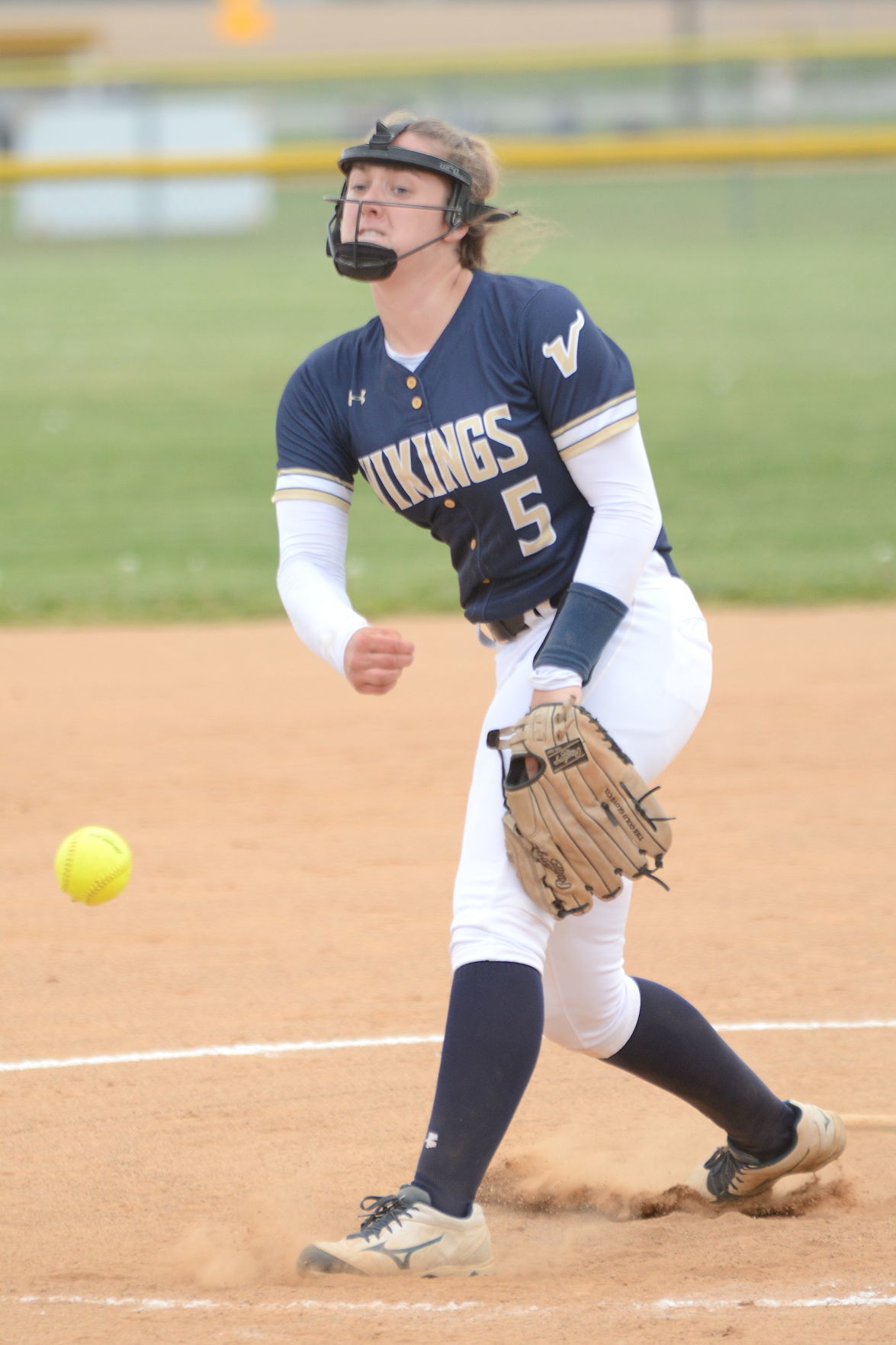 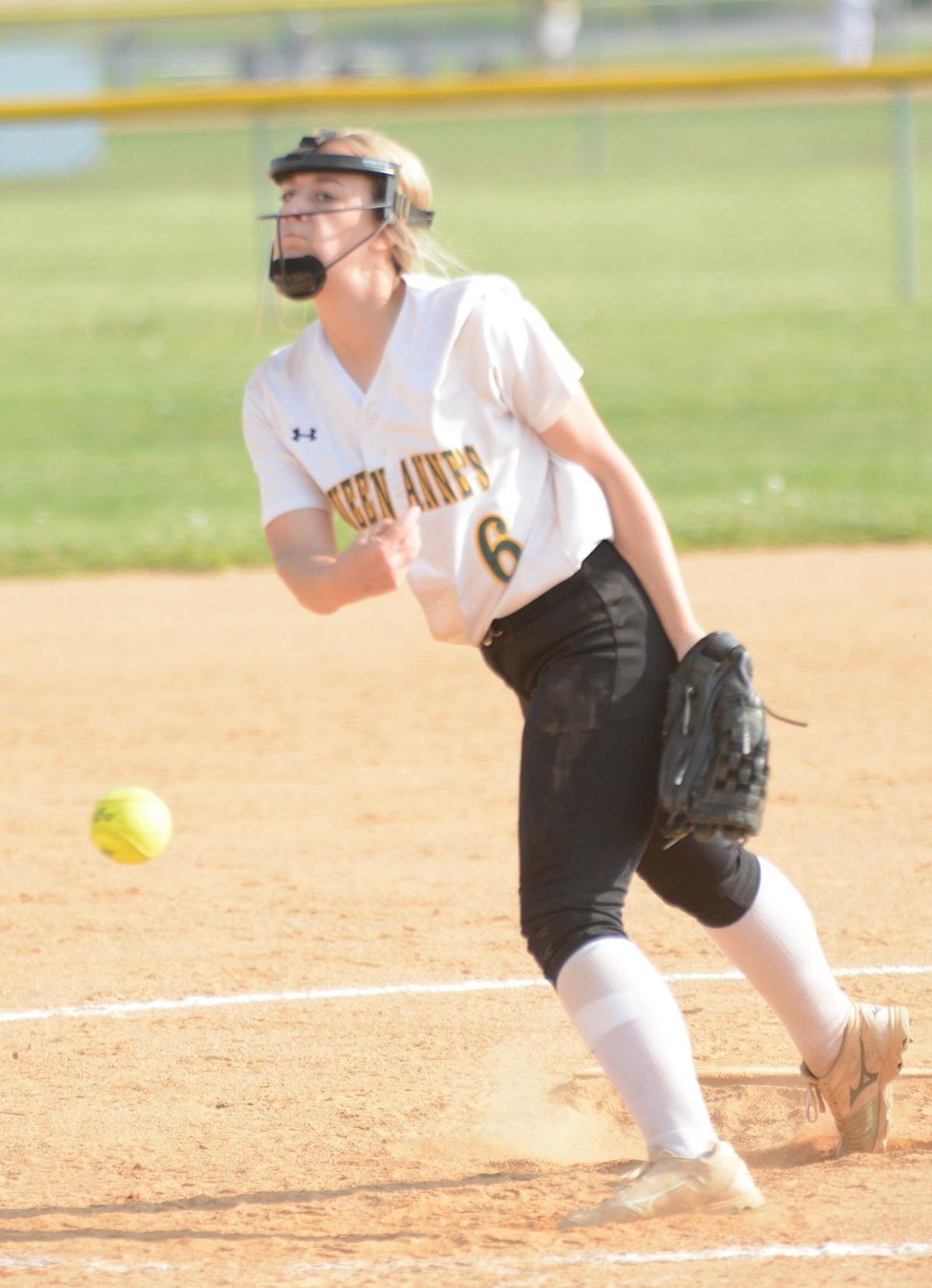 She could have become a touch frazzled when her head coach received a stern warning from the home plate umpire an inning later.

And her focus could have become a bit blurred when the only run she surrendered came on a two-base error with two outs.

But Pleasants seemed to let those distractions slide right off her Wednesday afternoon, May 1, as she crafted a complete-game five-hitter, striking out 11 and walking just one while leading the Vikings to a 5-1 victory that denied Queen Anne’s County its first North Bayside title since 1994.

“She came out the gate firing,” Cambridge-SD head coach Kareem Otey said of Pleasants, who improved to 9-5. “The strike zone was a little smaller and tighter, but she came out hitting her spots and stayed on top the entire game.”

Pleasants also stayed on top of her emotions after the second-inning ejection and the warning to Otey in the third. She also didn’t appear to be the least bit flustered when with two outs in the third inning, Queen Anne’s Taylor Walls stung a sharp single to left that was misplayed, allowing Belle Fields to score and trim Cambridge-SD’s lead to 3-1.

“There’s nothing you can really do; mistakes are going to happen,” Pleasants said. “You just hope we can bounce back.

“I don’t get flustered because I know I’m human and if a mistake happens, it’s going to happen,” Pleasants continued. “We just have to continue to get better.”

Instead of a big third inning, Pleasants maintained her poise and got Cameron Whiteford (2 for 3) to pop out to second to end the third. She retired the side in the fourth, before yielding Aly Hall’s leadoff single in the fifth and hitting Belle Fields with a pitch with one out. She calmly worked through that mild jam, getting a groundout and an inning-ending called third strike.

“My spots were working,” Pleasants said. “I was hitting the spin pitches that I needed to get through this game, and I felt confident in my girls.”

Whiteford smoked a leadoff single past second base in the sixth, but Pleasants fanned Kamryn Brandt and Alyssa Sofinowski before getting Bre Athey on a grounder to short. Hall worked a leadoff walk to open the seventh, but again Pleasants got tough, striking out Lindsay Ray and Fields in succession. Julia Smith reached on an infield single before Pleasants got Walls on a game-ending fly ball to center.

“Queen Anne’s is a great team. They’ve got some really great hitters,” Otey said. “So like Maddie said, we definitely had to rely on those spin pitches to kind of throw them off. And then the change in speeds I feel was very helpful. When Maddie’s changeup is on it’s hard to go from 65 (mph) to 30 something. All in all it was good game.”

Cambridge-SD took a 2-0 lead on Whiteford (9-3) in the first inning. Delanie Henry reached on a throwing error and moved to third on Pleasants’ single to right. Two batters later, Whiteford pounced on Kady Willey’s bunt and threw to third, hoping to get Henry. But Henry scored during the ensuing rundown, and Pleasants hurried home when the throw to the plate bounced away from Queen Anne’s covering player at home.

Whiteford came back to end the threat there, fanning Brooke Windsor, walking Chloe Warrell before striking out Natalie Kerr.

The Vikings widened their lead to 3-0 in the second. Abby Robinson (3 for 3) hit a leadoff double, moved to third on Ariah Matos’ sacrifice bunt, and scored on Henry’s sacrifice fly to center.

Queen Anne’s pulled within 3-1 in the home half of the third, but Cambridge-SD restored its three-run lead in the fourth. Warrell hit a leadoff single, moved to second on Kerr’s sacrifice bunt, advanced to third on a wild pitch, and scored on Robinson’s single.

The Vikings made it 5-1 in the top of the sixth as Robinson singled, moved to second on a fielder’s choice and eventually scored on Henry’s groundout to second base.

“Our past handful of games we’ve come out flat,” Queen Anne’s head coach Kim Betts said. “They out-hit us (8-5) and we made a handful of defensive errors. I mean extra outs; you can’t give extra outs to a good team. They capitalized on it and they put the ball in play.

“We made some good contact,” Betts added. “It was just right at them. That’s the ballgame.”

Megan Kettering, Olivia Brown and Chloe Briner each had two hits for Easton (11-5, 6-2) and Chapple, Olivia Ball, Briner and Kettering each had two RBIs.

DELMAR, Del. — Layla Berry went 4 for 4 with a run and an RBI, and Savannah Stewart was 2 for 4 with three RBIs as the Saints suffered their fifth one-run loss of the season.