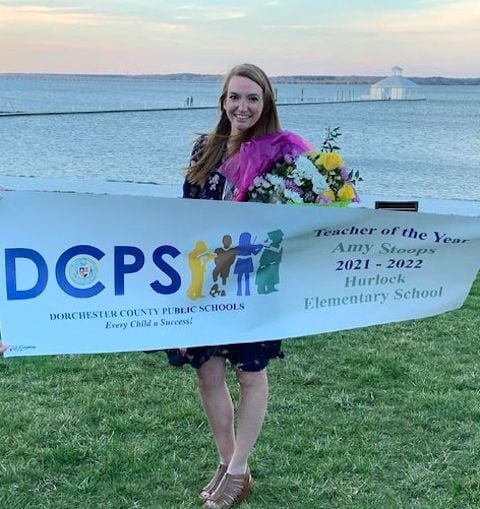 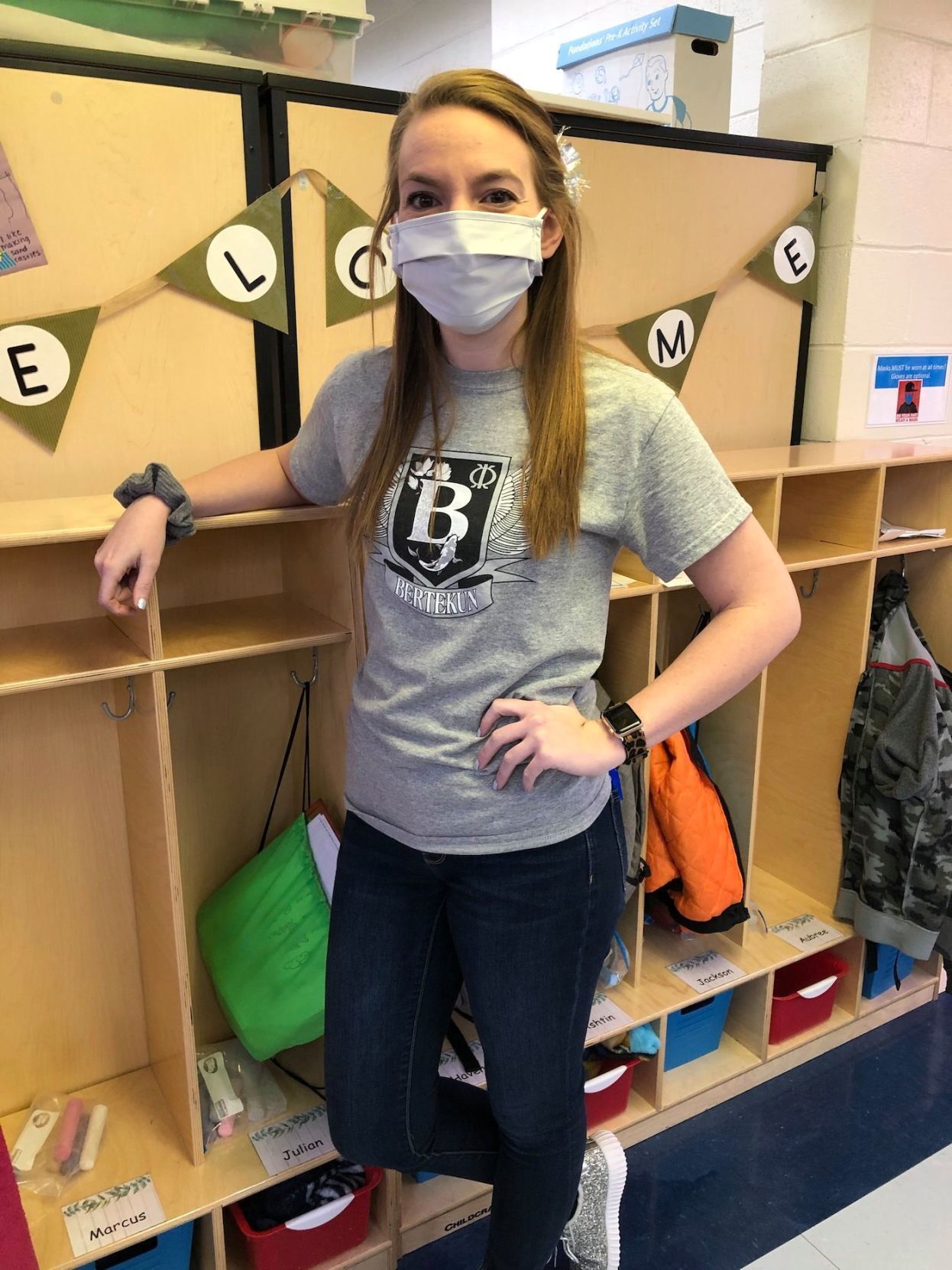 CAMBRIDGE — “I can’t remember a time in my life that I didn’t want to be a teacher,” said Amy Stoops, second grade teacher at Hurlock Elementary School who was named Dorchester County Public Schools 2021-2022 Teacher of the Year.

In an interview, Stoops said she was surprised when her name was called at the ceremony on Tuesday, March 30, at the Hyatt in Cambridge.

“I wasn’t anticipating it in the slightest — I knew I had some good stuff going on, but ....” Stoops said she was happy to be the representative from HES, the school where she is finishing her sixth year as an educator.

The Oaklyn, New Jersey, native moved to Dorchester “on a complete whim” after a phone interview in late July 2015. Immediately she was “adopted by numerous families here,” including her fellow teacher in pre-K, and now her vice principal, Dawn Corkran, who told Stoops on her arrival: “You’re going to be in my family now.”

“So many families opened their homes and arms,” said Stoops of the hospitality she found everywhere. “It’s such a different world, I have been so blessed with (support from) all of the families.”

Stoops grew up in the Philadelphia suburb with her father and mother, Kenneth and Nancy, and a brother and sister, Mike and Kimmie, going to Philly sports team games (“I’m an Eagles fan, and you are not changing that,” she tells her otherwise friendly local support network).

Stoops attended Elizabethtown College in Pennsylvania where she majored in early childhood education and minored in social work.

She said she always knew the career path she wanted to follow. “I’m the little girl that always came home and taught my lessons from the day to my stuffed animals.”

“Teaching was always in my blood,” she said as she explained her paternal grandmother taught kindergarten for 30 years, and her Aunt Sandy on that side of the family was a teacher as well.

The master’s in education with a concentration in teaching 21st century learners that Stoops received from Lasalle University is a tribute of sorts to her grandmother, Mrs. Muriel Stoops, affectionately known as “Gram.”

As a teacher, Gram taught at Charles Street School in Palmyra, New Jersey — it is more than a coincidence for Stoops that Hurlock Elementary is on Charles Street too.

Stoops loves the family atmosphere at HES. She said she has been “very lucky” with colleagues and administrators.

She is proud of the role she has in leadership in the proactive behavior incentive programs at HES, and she is involved in bringing several extracurricular activities to the student body.

This year Stoops moved from teaching pre-K to second grade, and she welcomed teaching this group of students for a second time.

“I love being in the classroom; I love being around kids,” Stoops said, and it is evident. After she received the award, Stoops’s third grade teacher messaged her to ask if she remember going to first grade classrooms as a third grader to read to the younger students.

“Teaching for me is more than just a job, it’s a career and a mindset,” she said. She feels stronger about a teacher’s responsibility to students: “They deserve that hook and that fun aspect, (to know) that school is that fun place to go.”

When asked what advice she would have for a teacher in a similar interview to the one that brought her to Dorchester, she said, “Don’t let anything stop you; you are just what a child needs.”

On the night of the award ceremony, while she did not necessarily think she was going to win, Stoops had a feeling of peace while sitting on the stage. “Alright Gram, let’s go. We’ve got this.”

She did not hear her name called, but she heard her mom squeal, and she was excited to run to her mom for her first hug. When Stoops was awarded DCPS First Class Teacher of the Year in 2016, she was waylaid by several well-wishers before she got to hug her mom. This time she said to herself, “Y’all are going to have to wait.”