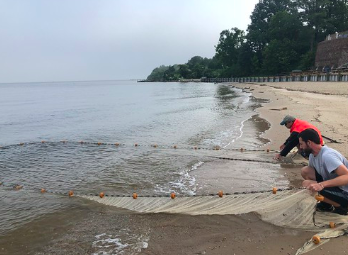 Scientists carefully conduct a seine net survey along the Chesapeake Bay during the summer. 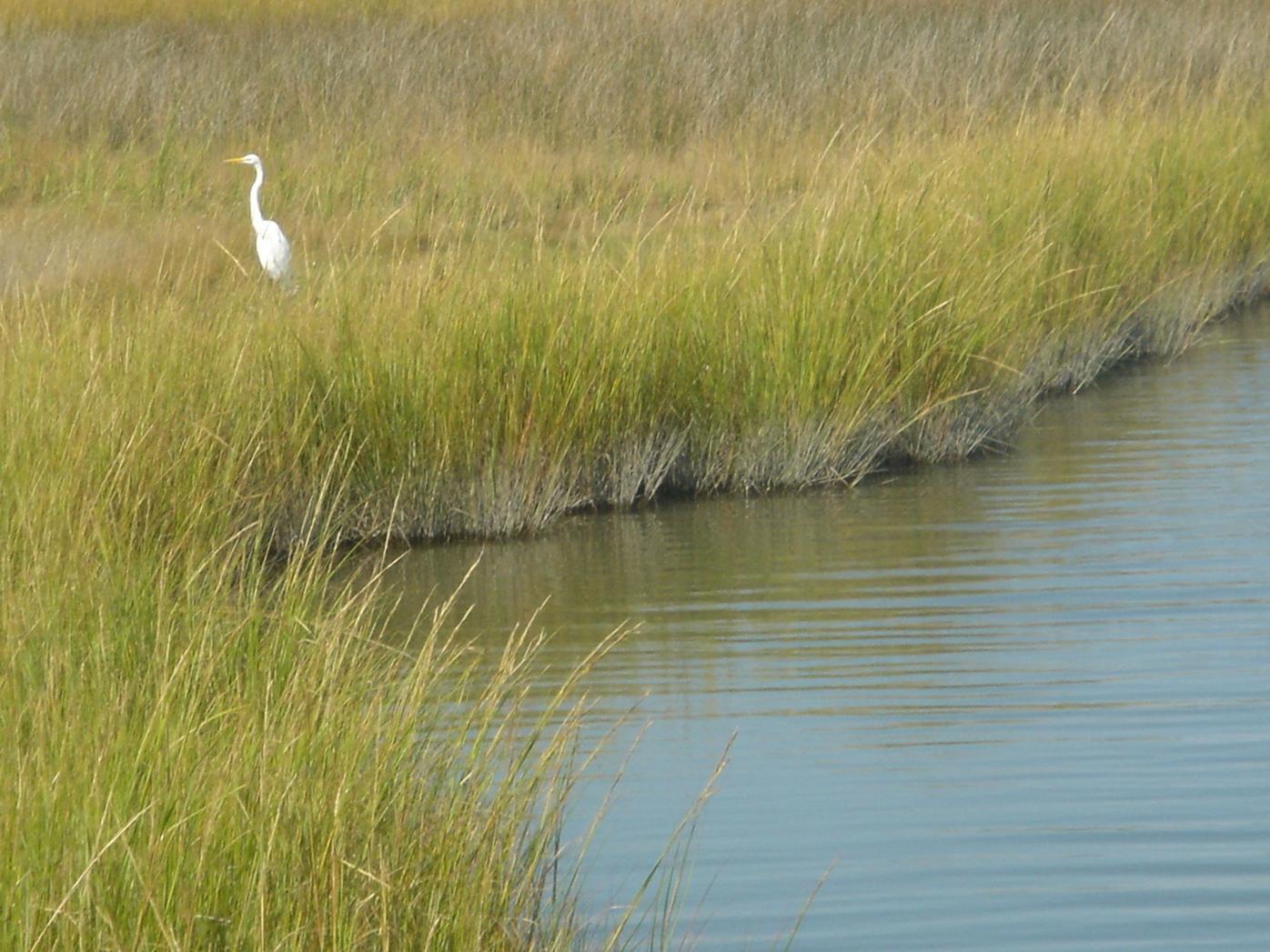 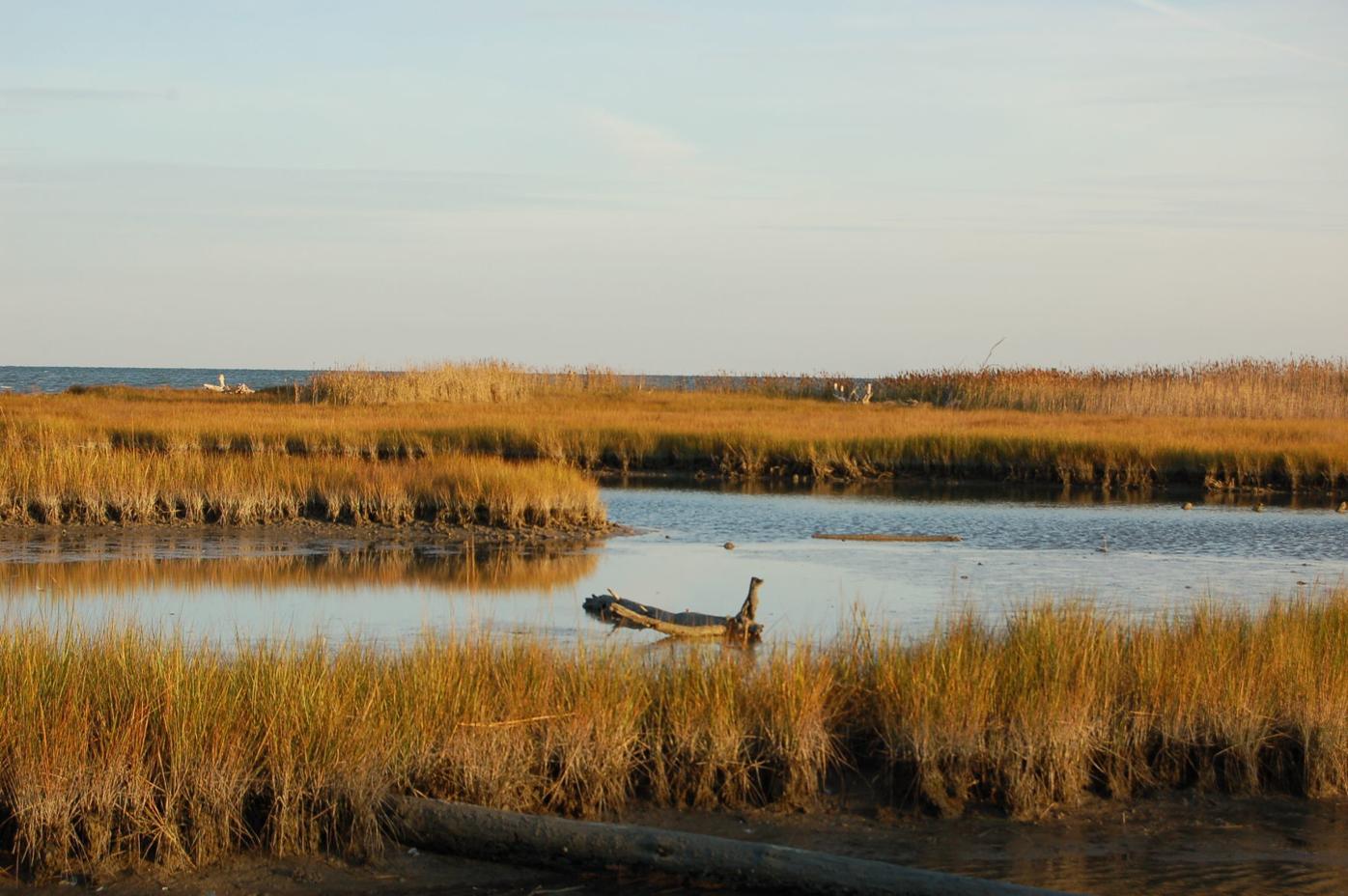 Rob Newberry, the chairman of Delmarva Fisheries, says the grade of an F for the oyster population is a “lie.”

Scientists carefully conduct a seine net survey along the Chesapeake Bay during the summer.

Rob Newberry, the chairman of Delmarva Fisheries, says the grade of an F for the oyster population is a “lie.”

ANNAPOLIS — The Chesapeake Bay Foundation graded the Chesapeake Bay with another low mark for 2020: scoring its overall health with a 32, or a D+, one point lower than the grade it earned in 2018.

The pollutants nitrogen and phosphorous made significant progress. Both had large decreases in pollution flow into the Bay from 2018. Still, nitrogen earned the grade of a D and phosphorous an F.

Wetlands (C), forest buffers (B) and underwater grasses (D-) mostly remained unchanged from 2018. Deadzones, or low-oxygen areas, earned a C, and the decrease of deadzones in Maryland is among the lowest the state has seen since the 1980s.

Rockfish, or striped bass, was the biggest concern for CBF as population levels declined, reducing the category by 17 points and dropping it to a C+.

The oyster population gained two points but still remains at an F, a grade it has largely earned since 1998.

The State of the Bay report card is issued by CBF every two years since 2008, and has been the environmental organization’s signature analysis of the Bay’s overall health since 1998. That year, CBF set a goal of giving the Chesapeake Bay the score of 40, or a C, which it has never reached. The organization had hoped to reach that milestone more than a decade ago, in 2010.

In a press conference announcing the report card, President Will Baker pointed to eliminated regulations from President Donald Trump’s administration — including the Waters of the United States Act, which opened up waters along the Eastern Shore for development — as a primary cause for a decline in the Bay’s health.

“The current D plus is a sober reminder that the road ahead remains steep and the clock is ticking,” he said. “Over the past four years, the Trump administration reversed dozens of regulations — regulations that were working. So we turn to President-elect Joe Biden. We are optimistic that he will take environmental and human health seriously.”

Baker said the Chesapeake Clean Water Blueprint Act, established in 2010, is working and the organization still hopes to meet its 2025 goals. The Clean Water Act sets environmental and pollution reduction goals and policies for the six states, and the District of Columbia, around the Chesapeake Bay.

Alison Prost, the vice president for environmental protection and restoration in Maryland, said the state has to do more to meet its goals, specifically for restoring striped bass populations and encouraging wetland protection.

“With only five years to go until the 2025 Bay cleanup deadline, we’re urging Maryland leaders to ramp up investments in natural filters to help plant trees, expand wetlands, and add more green spaces and vegetation to our cities and towns,” she said. “Adding natural filters will help the state reduce agriculture and stormwater pollution, which Maryland needs to do to reach its 2025 Blueprint pollution reduction goals.”

But Pennsylvania and New York are not meeting 2025 goals, according to CBF, and Pennsylvania has only reduced about 73% of its nitrogen commitments.

“We’re far off track. We should be further along,” Baker said. “But there’s a broad scientific consensus that the clean water act is our best and possibly last chance to save the Bay.”

Sen. Chris Van Hollen, D-Md., said in a statement that he was disappointed to hear that Pennsylvania was behind on its policy goals and that the Chesapeake Bay earned another low mark.

“Today’s State of the Bay Report marks another disappointing D+ rating for the Chesapeake Bay after an extensive evaluation of the Bay’s health,” he said. “While I’m pleased with some areas where we’ve seen improvements, as I often say, preserving the health of the Bay is like trying to walk up a down escalator – in order to protect the Bay, we must outrun all the stresses it faces from all the states and cities that drain into it.”

Watermen are upset about the grade of an F for the oyster population. Rob Newberry, the chairman of Delmarva Fisheries, said that grade was a “lie.”

{p dir=”ltr”}”This report card has nothing to do with the environment, it’s just a tool for them to raise more money,” he said. “Oysters have never been out of an F. What they put in that report card is nothing but mistruths and lies. No scientific fact behind anything they have stated.”

Newberry cited a Department of Natural Resources report that said oyster spat, or larvae, increased by 51% in 2019.

The captain added that he’s seen remarkable catches from watermen this year, and huge increases in oyster biomass. And if the market wasn’t hamstrung by COVID-19, bushels harvested this year would reach 400,000, far above the roughly 270,000 reported in 2019.

Newberry would give the oyster population a C — doing better, ‘but there’s room for improvement.”

Watermen have long battled environmentalists such as CBF over regulation of the oyster market. They maintain that CBF has poured millions of dollars into oyster sanctuaries but have produced little results, and that the majority of the 51 sanctuaries are unused.

“The Bay Foundation needs to be fired,” Newberry said. “If your kid keeps bringing home an F, what are you going to do? To me what the report card says, is that now is the time to do something different.”

CBF and other environmental organizations argue that watermen oversaw a significant decline in oysters following disease and overfishing, and the population is now left at 1% of its historic peak in the late 1800s.

Prost said in a statement that CBF has worked with local politicians and watermen effectively to meet oyster restoration goals.

She said the Oyster Advisory Commission, made up of watermen and environmentalists, reconvened earlier this year and is working to create solutions to the oyster crisis.

”The General Assembly permanently protected the state’s five large-scale oyster restoration sanctuaries,” she said. “Lawmakers also put in place a consensus-based process to break up the logjam that has separated watermen and environmental advocates in the debate over how to create a long-term oyster fishery management plan to end the century-long decline of Maryland’s oyster population.”