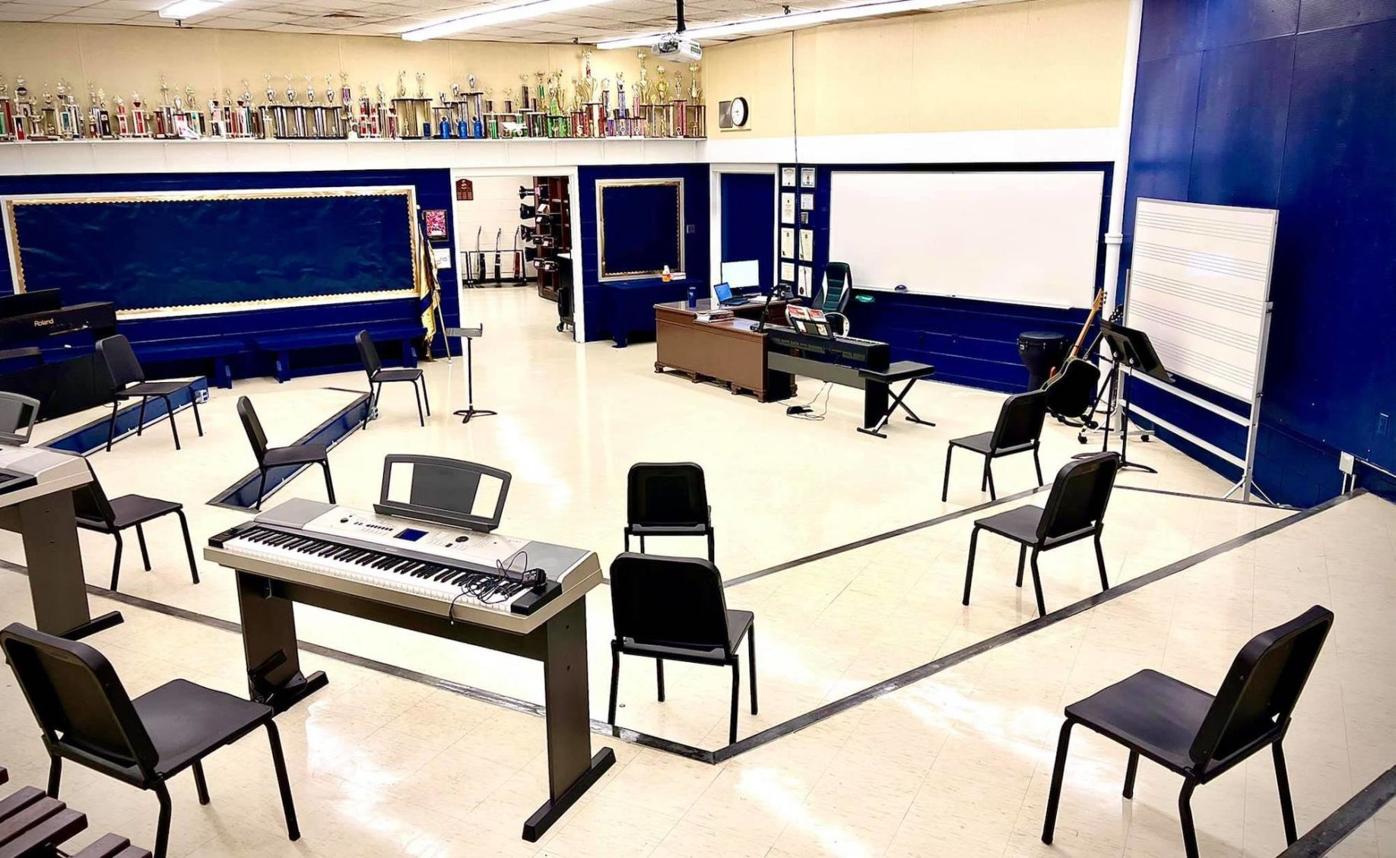 CAMBRIDGE — Cambridge-South Dorchester High School’s new band director is setting the tempo and tone for the music program, and his expectations are high.

Ray Washington wanted to be a music producer and went to college to major in music. He had played in the drum line for the last four years of legendary CSD band teacher Bob Batson’s career, his senior year in 2003 lining up with Batson’s final year of teaching.

After high school, Washington started looking around for colleges with good music programs. Morgan State University’s program stuck out, particularly the band program — he applied and was accepted.

He was in for a surprise when he arrived at band camp. “It was a big wake up call,” Washington said. “It was band or die.”

“The expectation was set so high for everyone, if you fell off you felt uncomfortable.”

The pressure was so great, he called his mom about a week in and told her, “I don’t think I can do this.”

Washington considered leaving, but did not. “I ended up sticking through it and I got used to it,” he said.

After graduating from Morgan State, Washington worked as a DJ in clubs in Baltimore and Washington, D.C., before he returned home to Cambridge in order to save money to move to Los Angeles.

Early on in his tenure, he noticed students drumming on the tables. He would show them rhythms, and he came to realize he should start a drum line.

“I never wanted to be a teacher,” Washington said, but once he was in the role, he decided to set a distinct tempo and to set the bar high.

“That level of grind that I learned from Morgan, that carried over to everything I did,” he said. “Even though the kids were little, the same expectation was there.”

By his second year in the role, his drummers were ready to perform.

The pint-sized drum line played for the Maple pep rally. It was good, really good. “It shocked everyone.”

Teachers recorded the performance and posted it on social media. It went viral, even being featured on “Good Morning America.”

Washington taught his musicians at Maple for four years before the band director position came open at CSD. He knew it was time.

He arrived in the same band room where he played for Batson years ago. “I’ve gotta get this room straight,” he said to himself, and had the room painted (and according to a source, had the yellow trim repainted when the first shade was a little off), and had a shelf put up for all of CSD’s band trophies and awards. “This is our home,” he said.

Now that the physical environs meet Washington’s Morgan-level expectations, he has turned his attention to the issue of uniforms.

He said the boosters are currently looking for sponsors to assist with uniforms, with an estimated cost of $550 per students for about 75-80 students.

Washington said he and the boosters are considering ways to raise money and to recognize sponsors.

He said the administration and staff at CSD, as well as at the board have been supportive as he makes adjustments to the program.

The band teacher reminisced about watching the Cambridge Christmas Parade as a child and the excitement he felt when he caught his first glimpse of the CSD Vikings band marching down the street.

Washington has a vision about the first time the band members march in the parade in their new uniforms: “That’s the first thing people are going to see.”

Donations can be made by sending a check to Cambridge-South Dorchester High School. Checks should be made out to “CSD Music Booster” and “band uniforms” should be put in the memo line.