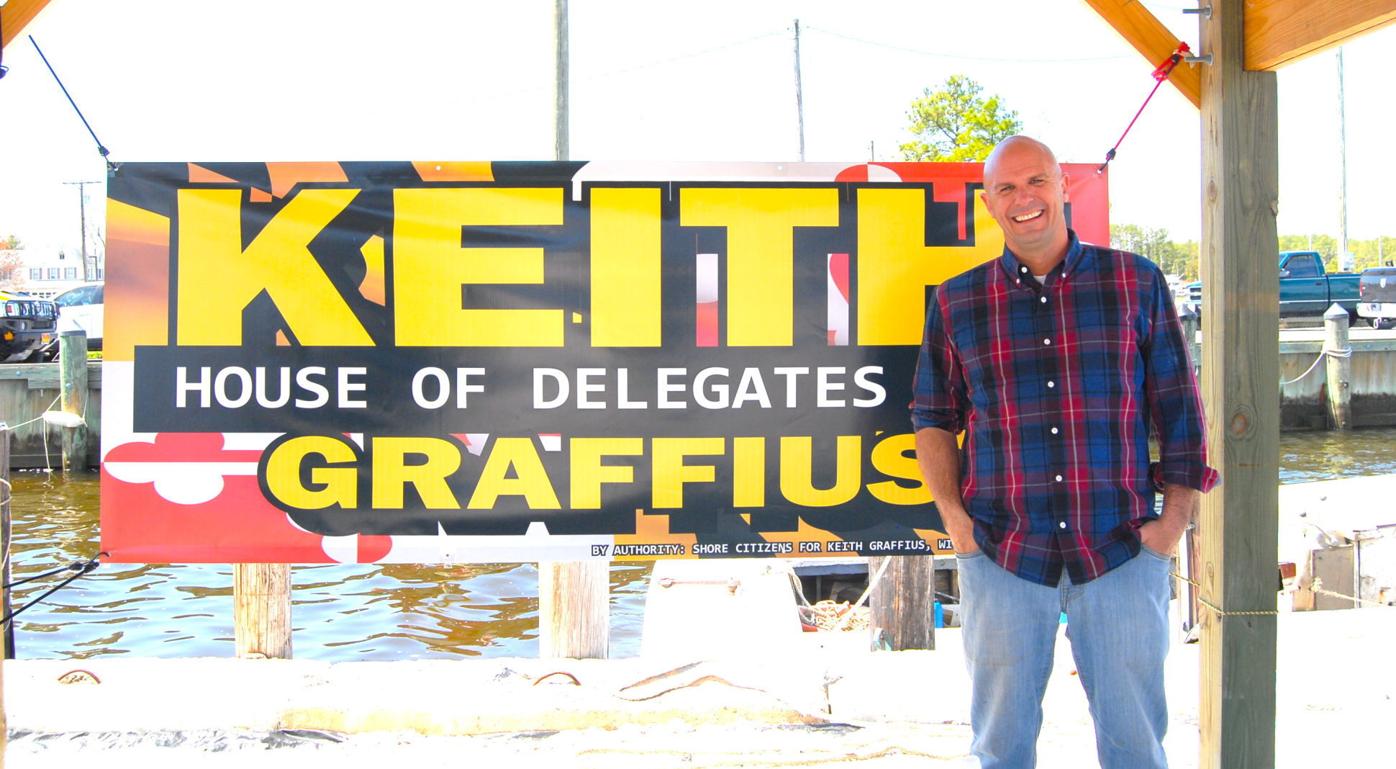 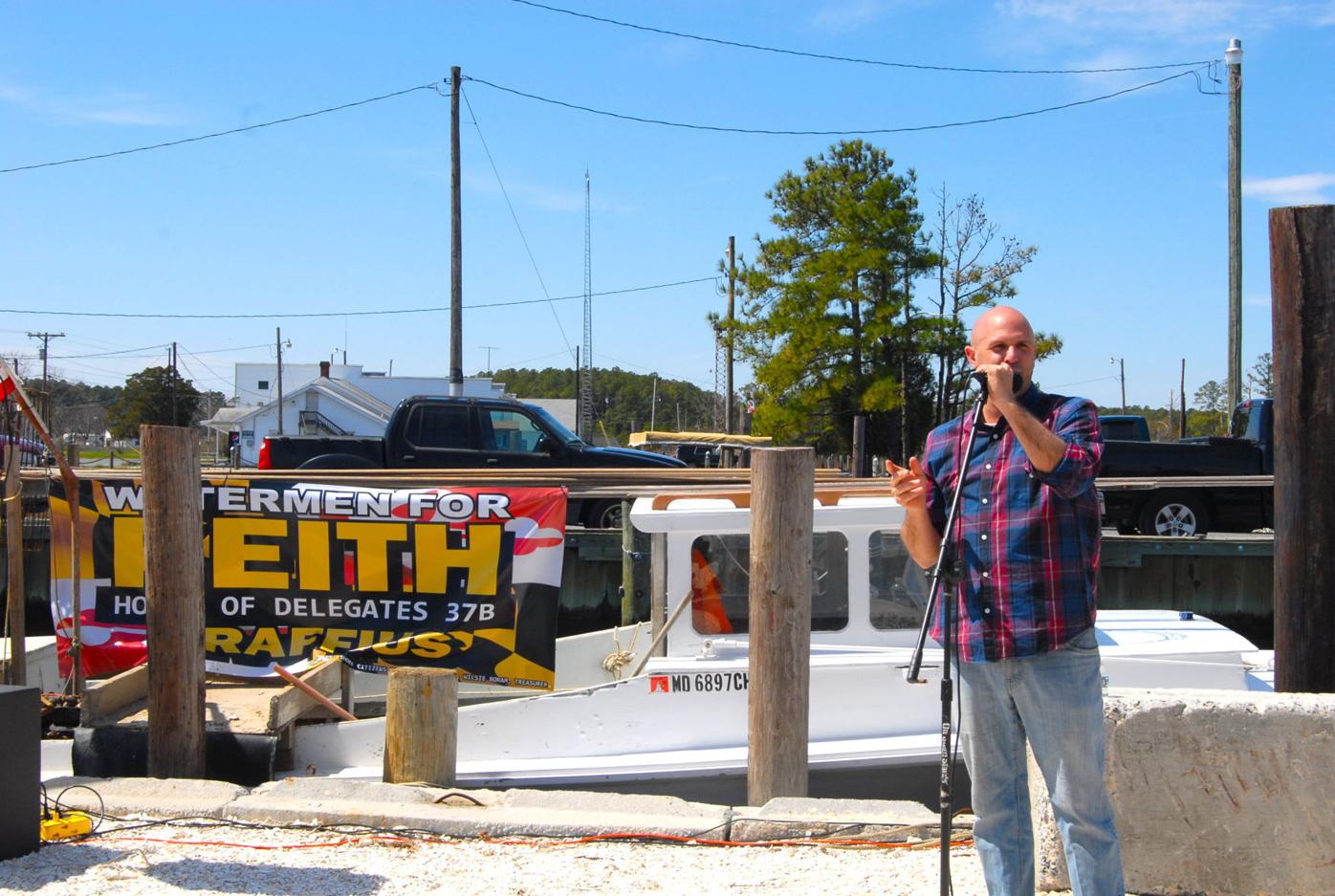 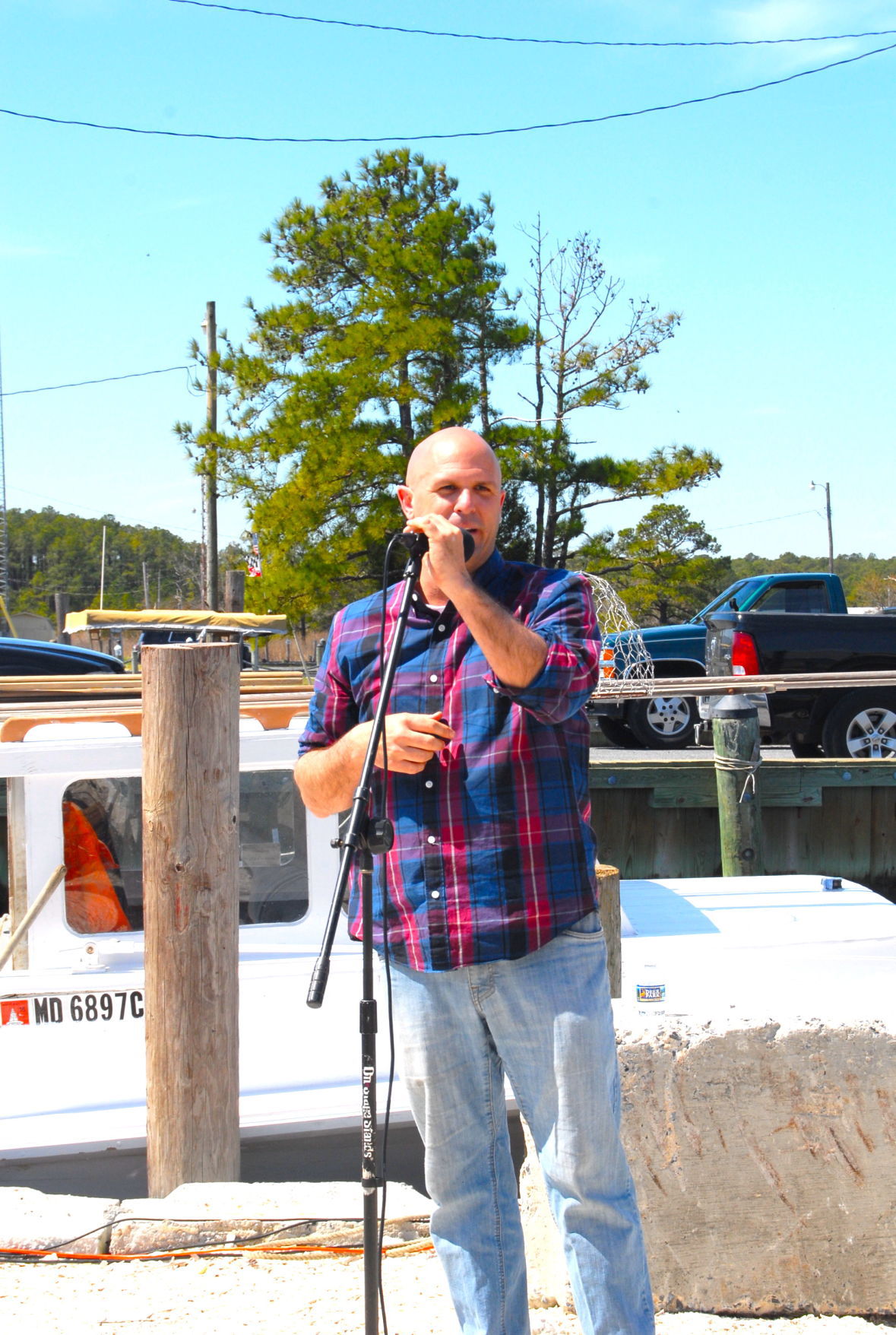 TAYLORS ISLAND — Keith Graffius, the entrepreneur behind Crabi Gras in Cambridge, announced Sunday, April 2 that he will be running for the District 37B seat in the Maryland House of Delegates.

“We’re doing this for Dorchester,” Graffius said. “One of the unintended consequences of the last election was that Dorchester County lost its resident delegate. We are actually the only county in state of Maryland that now doesn’t have a resident delegate.”

Graffius spoke to a few recent bills that affect small breweries, oyster sanctuaries, and the prospect of Maryland becoming a sanctuary state.

“Here you have one of the most burgeoning, fastest growing industries in the nation in microbrews, and only in Annapolis do they think it’s a good idea to take these young entrepreneurs and tie their hands,” he said.

“These are young men and women in Cambridge, in Salisbury, in St. Michaels, all over Maryland, who risk everything, willing to give up everything to live the American dream, and you have a bunch of bureaucrats who don’t understand what that means. All they understand is they need to regulate and they need to control.”

As a small business owner, Graffius appreciates the importance of small business to our local economy. He has served on the board of directors for the Dorchester County Chamber of Commerce and Cambridge Main Street.

Graffius was a minority partner for Jimmie and Sook’s Raw Bar and Grill when it opened in downtown Cambridge in 2009. He later sold his share, which led to him opening Crabi Gras in Cambridge, which celebrates regional pride.

He has since opened an additional Crabi Gras location in St. Michaels, and a seasonal location in Crisfield.

Though not a native to the area, Graffius said he understands and appreciates the impact of the water on the way of life in the region. He has organized fundraisers to help local watermen.

In regards to the issue of oyster sanctuaries, he said, “24 percent of the oyster population is in sanctuaries. Watermen want to take it down to 23.7 percent. They just want to use .3 percent of that sanctuary to make a living. What do they think about that in Annapolis? That’s too much, because they have big money behind them to stop people like the watermen.”

Another issue raised was House Bill 0754, titled the Maryland Trust Act, which would make Maryland a so-called “sanctuary state” for those facing deportation on illegal immigration charges. The bill was passed in the House of Delegates, but has not been voted on in the Senate.

“The message that sends is, ‘It doesn’t matter if you come to this country illegally,’” Graffius said. “Actually, they went so far as to say, ‘Even if you commit a crime, you’re a criminal, you’ll still be protected under this bill.’ So they say, ‘What does it matter that you come to our country and break our laws? We’re going to give you special protections.’ That’s just not right.

“I will work to make Maryland a sanctuary state for the people that get up every morning, go to work, and care about this state, care about Dorchester, Talbot, Caroline, and Wicomico counties, and live that dream every day,” he added. “That’s why I’m running for House of Delegates.”

Graffius said that there are many voters in the four-county area who are registered as Democrats, but have not voted that way in decades. He encouraged those to change their party affiliation to Republican to be able to vote for him in the primary come June 26, 2018.

Graffius was born and raised in Dillsburg, Pa., near Gettysburg. While growing up he would visit the Eastern Shore and go fishing in Rock Hall and Kent Island.

His father moved Taylors Island in Dorchester County in 2006, and Graffius followed suit shortly after.

He graduated from George Mason University in 2001. He enjoys hunting and fishing on Taylors Island with family and friends.

He is currently on the board that plans the annual St. Michaels and Tilghman Island Volunteer Fire Companies fundraiser.

While serving with the Dorchester Chamber, he helped plan the initial fundraising and repair of the World War I Memorial Fountain at Long Wharf Park in Cambridge, along with the Cambridge Rotary Club.

The 2012 repair came nine years after Hurricane Isabel’s historic flooding left the fountain inoperable. At that time the electric system was replaced, and a new pump was purchased; water valves were replaced; the exterior was cleaned and refinished.

The Cambridge Rotary Club has since replaced the sidewalks with new handicap accessible sidewalks that encircle the fountain, and a new plaza was built to and around the Distinguished Service Cross Memorial. An irrigation system was also installed in the circle.

The flagpole located in the middle of the new plaza, that actually predates the fountain by five years, was also repainted through the efforts of the Cambridge Rotary Club.

The fountain is the site for the granite monument honoring five Dorchester residents who were awarded the Distinguished Service Cross during World War I. The monument was a project of Post 88 of the 29th Division Association.

Graffius said his inspiration to serve comes from his mom.

“Be involved in your community,” he said.