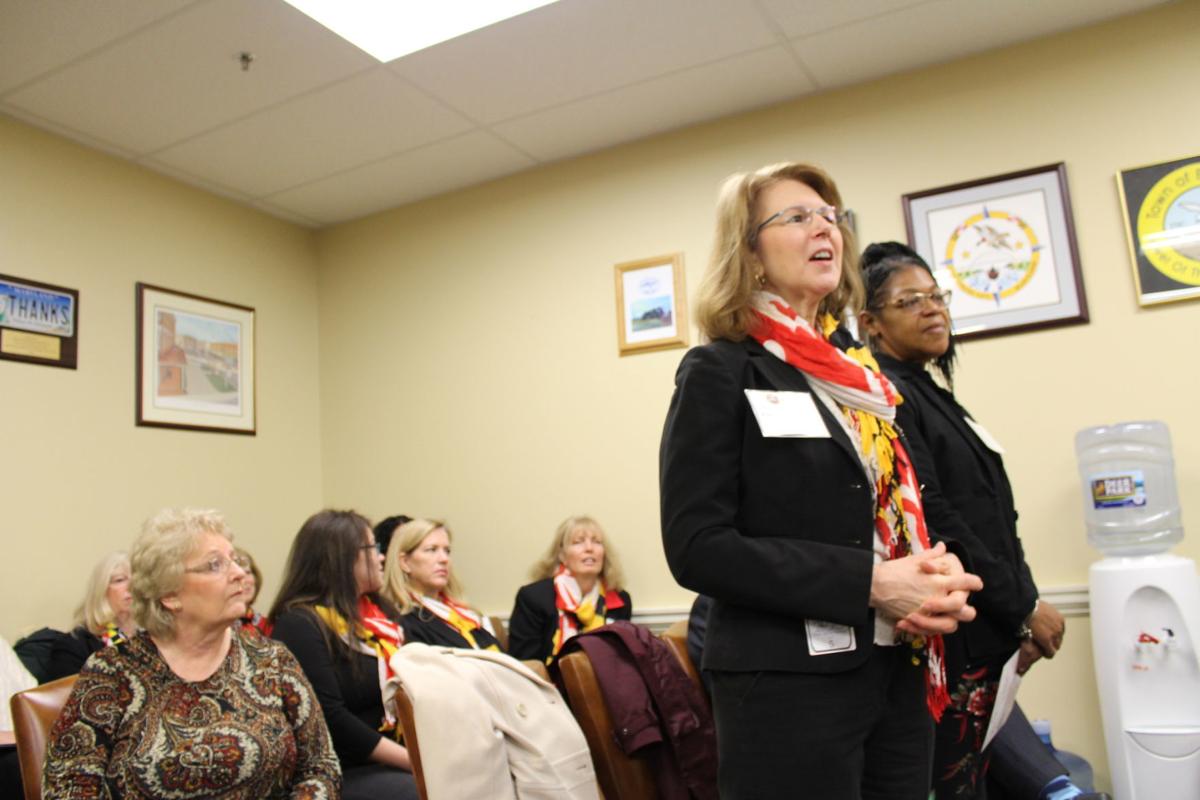 Members from offices of tourism share revenues from tourism within their counties, during the Eastern Shore Delegation meeting Friday, Feb. 15. 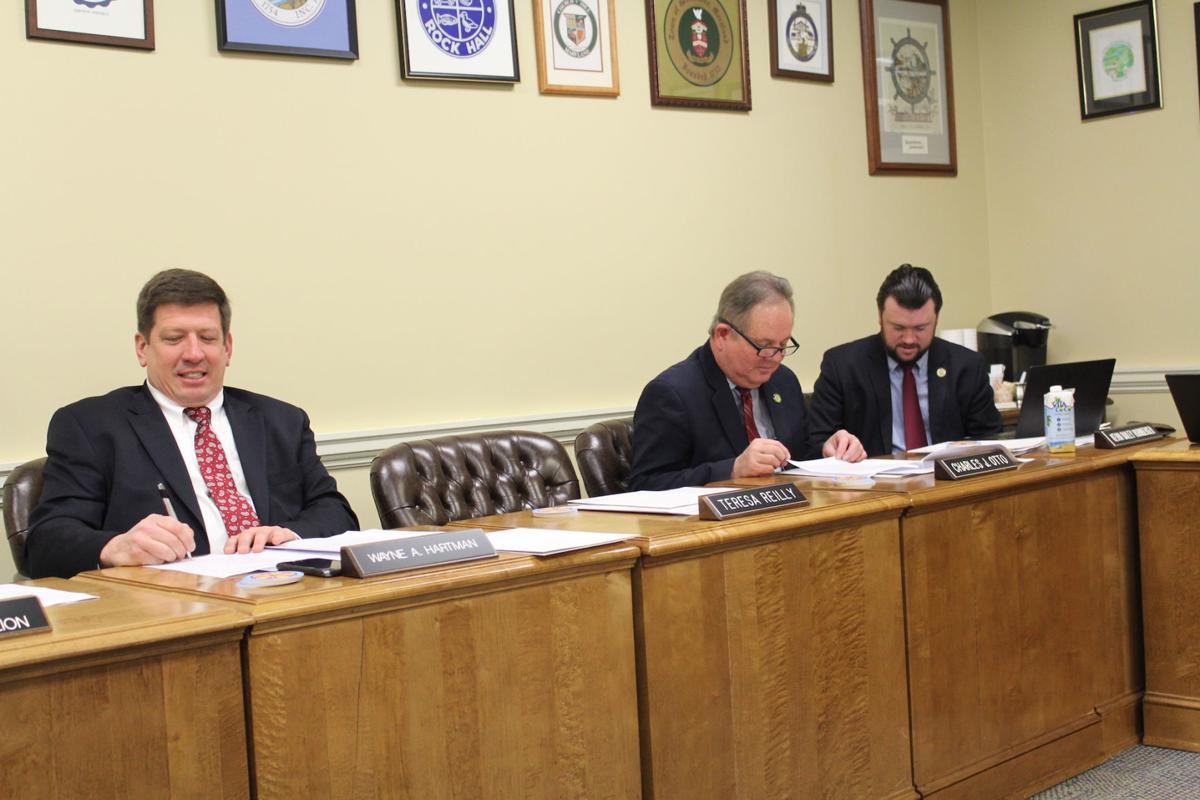 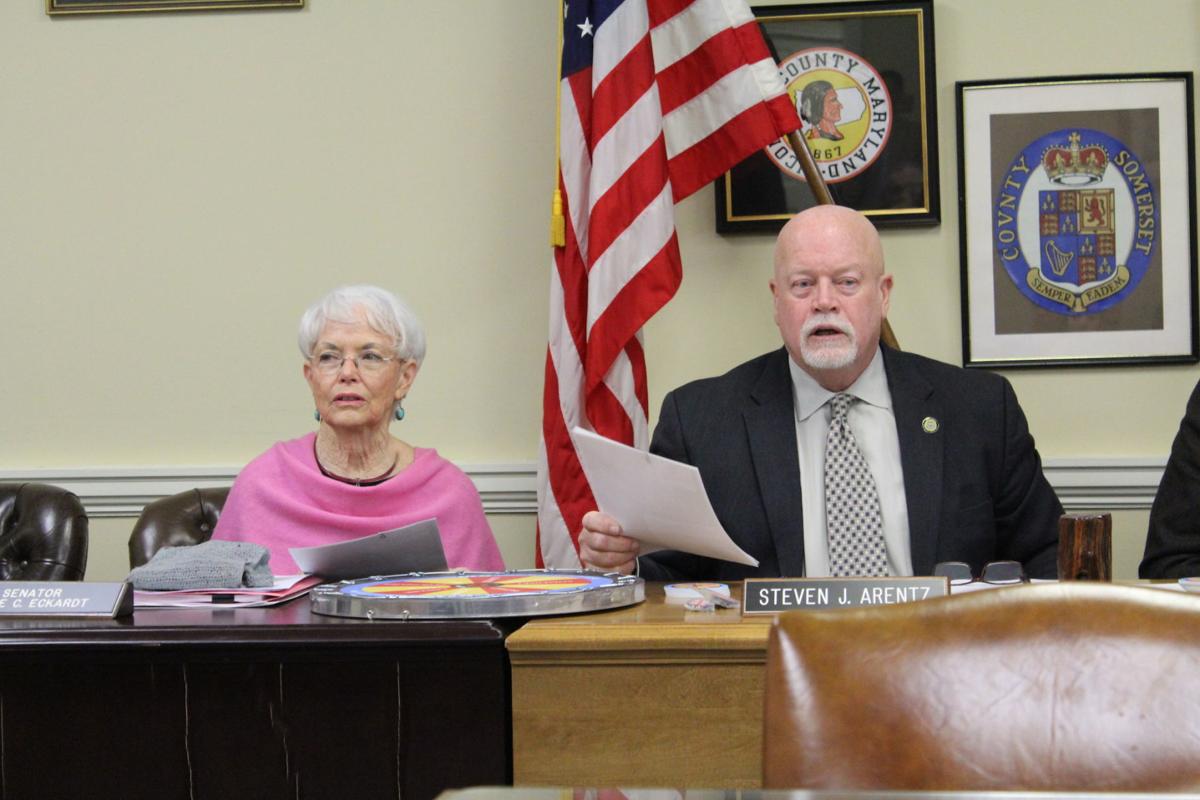 Members from offices of tourism share revenues from tourism within their counties, during the Eastern Shore Delegation meeting Friday, Feb. 15.

ANNAPOLIS — The Eastern Shore Delegation heard from the Maryland Human Trafficking Task Force about the issue of abductions during its Friday, Feb. 15, meeting.

Amanda Rodriguez, chairwoman of the Maryland Human Trafficking Task Force, spoke with co-chairwoman Ann Holladay about trafficking in Maryland. Holladay said with the international airport in Baltimore, the state is an attractant for traffickers.

Rodriguez said part of the organization’s goal is to educate residents of the state on general signs of trafficking. Rodriguez also shared information with the delegation on four bills the organization is supporting.

House Bill 827, or the Child Sex Trafficking Screening and Services Act of 2019, looks to develop more support systems for victims of human trafficking. Rodriguez said 34 other states have a safe harbor act that protects victims who have committed crimes forced on them by traffickers.

“What this essentially does is it creates service providers so no one will fall through the cracks,” Rodriguez said. “It also, in some instances, will allow for immunity or diversion for children who are caught up in the criminal justice system and charged with prostitution. If a child is referred from law enforcement to CPS (Child Protective Services), for example, there’s a potential there that something could not happen.”

Another bill, House Bill 734, or the Anti-Exploitation Act of 2019, will enhance language to provide a law prohibiting labor trafficking. Rodriguez said Maryland is one of three states in the country that does not have specific trafficking laws for labor.

Rodriguez said while there often is a focus on sex trafficking, it is important to remember people are trafficked in this way.

“According to the International Labor Organization, approximately 40 million individuals globally are trafficked through labor,” Rodriguez said. “The most recent statistics in Maryland come from the National Human Trafficking Resource Center ... The had 16 reports of labor trafficking in the state.”

Rodriguez said House Bill 871, another bill being introduced in the 2019 Maryland General Assembly, was a “nuts and bolts” type of bill. The bill includes changes to language within Maryland’s first human trafficking law, which in 2007, was classified as “pandering,” she said.

“One of the most significant changes is that it moves human trafficking from the obscenities section of the criminal code into the crime against a person section,” Rodriguez said. “And that’s really important for survivors, because we want to recognize what happened to them is not just prostitution.”

Finally, the True Freedom Act of 2019, or House Bill 691, allows for victims of sex trafficking, post conviction, to vacate judgments for a list for nonviolent crimes.

“The title of the bill ... actually came from a survivor who had vacated crimes from another state,” Rodriguez said. “She said the day she received the order from the judge vacating these additional convictions she felt like she had true freedom.”

Ed Thomas, co-chairman of the Eastern Shore Human Trafficking Task Force, said the unkind answer was that most schools are too small and have limited resources or time to dedicate to the issue.

“The state’s Department of Education does have a pilot program. They focused on Prince George’s County, Baltimore County and Baltimore city,” Thomas said. “We have made presentations throughout the Eastern Shore and other places, and we’ve tried to talk to teachers.”

Thomas said he felt as if the delegation could put the issue on the forefront with educational leaders in respective counties.

“You know them, they know you, they need things from you, you have influence with them,” Thomas said. “Impress upon them the importance of bringing anti human trafficking activities within those schools and to the school kids.”

Donna Abbott, tourism director for Ocean City, presented the delegation with a dart board, which split counties making up the Mid-Shore on the board.

She said since the Office of Tourism and Development had been hosting a Tourism Day Feb. 15., informing legislators and the public about the office’s function, the group wanted a way to convey the import of funds to the state.

Abbot said between counties on the Mid-Shore, $2.761 billion in revenue had been generated throughout 2018. Between Talbot, Dorchester and Caroline counties, the respective offices of tourism generated $384 million in revenue.

“You are funding the bullseye, so we just wanted to remind you all of that,” Abbott said.