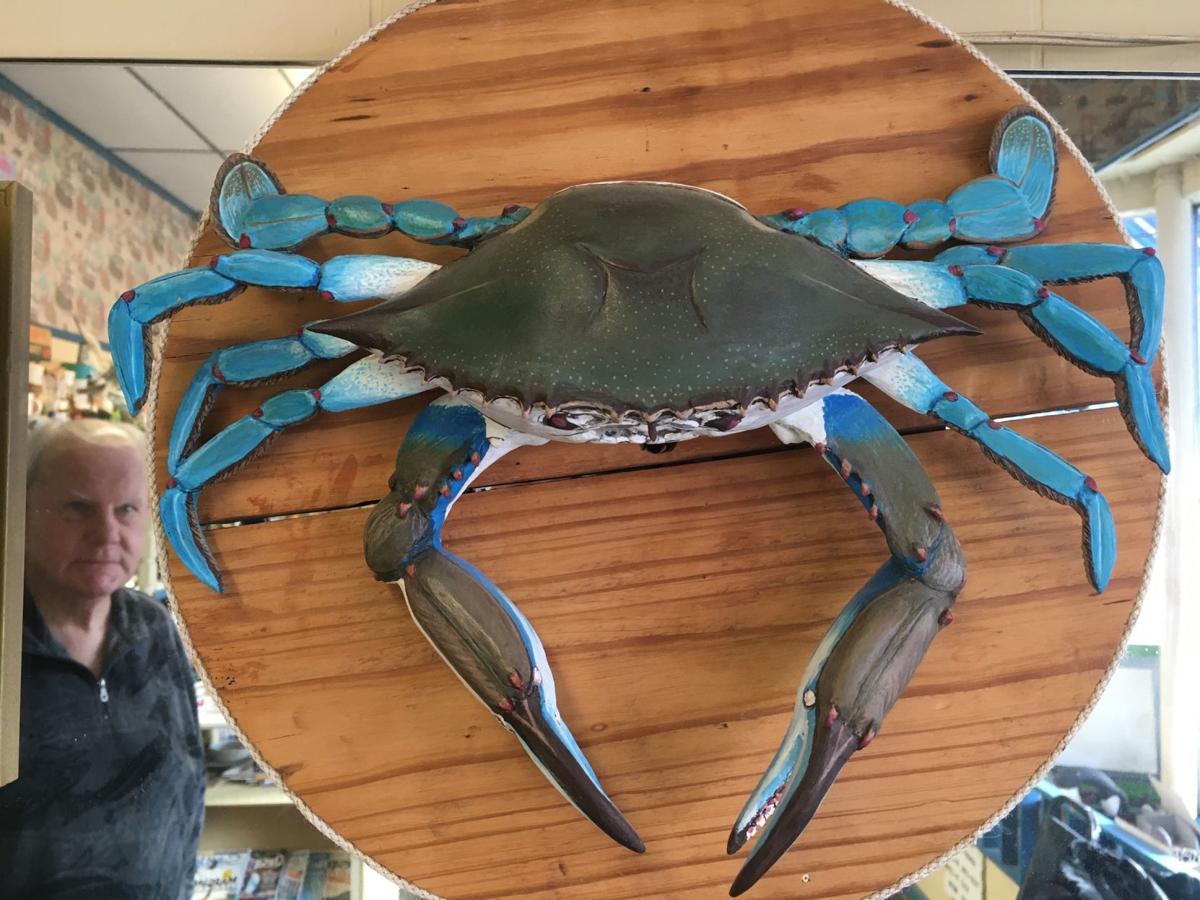 Bob Parks carved the replica of a Maryland blue crab. 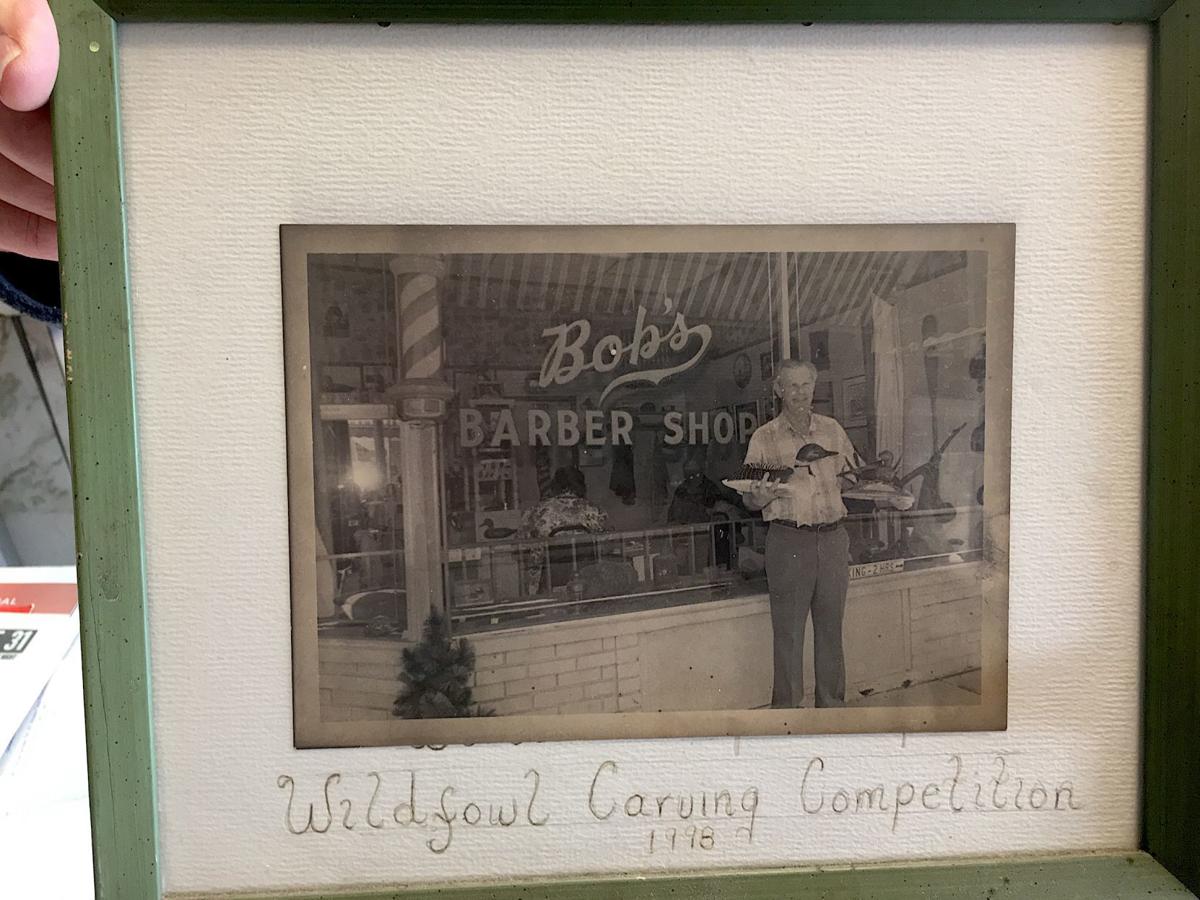 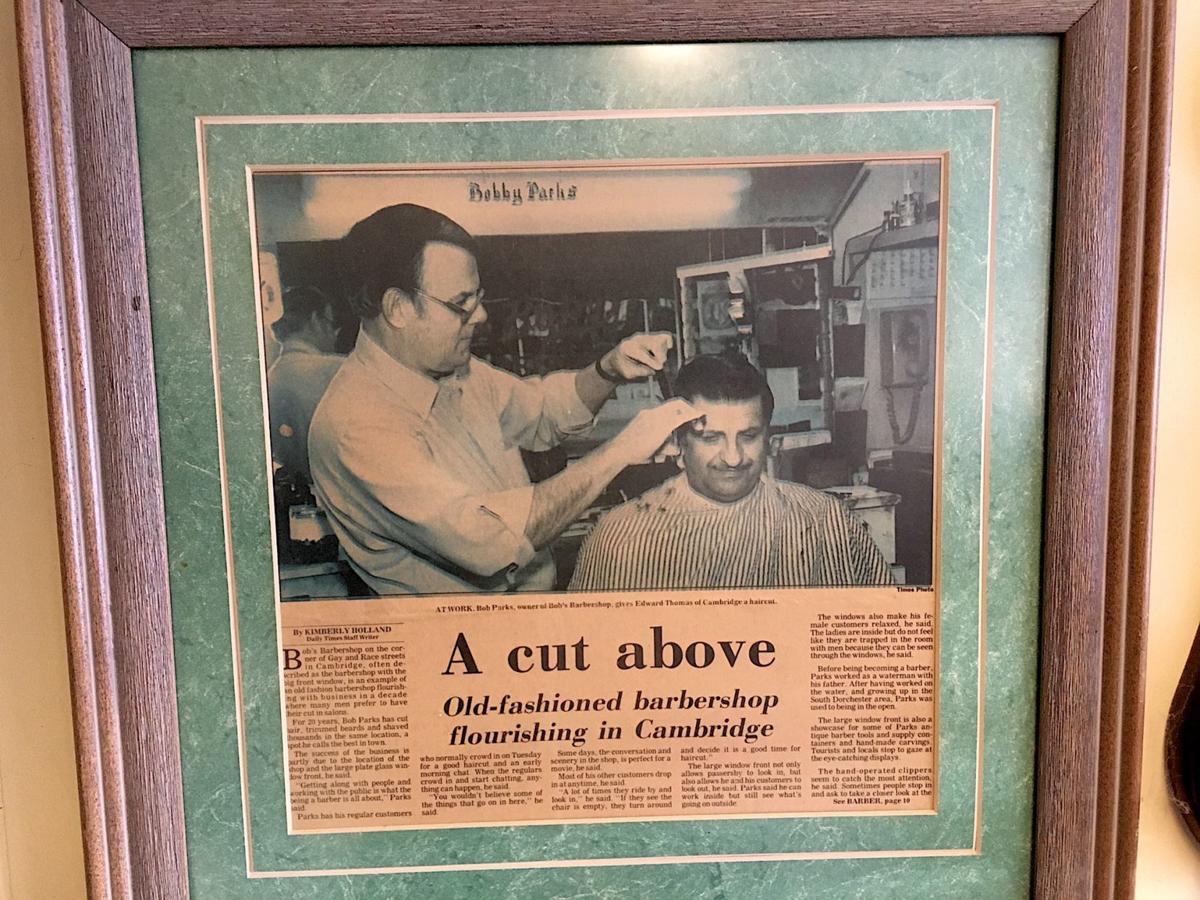 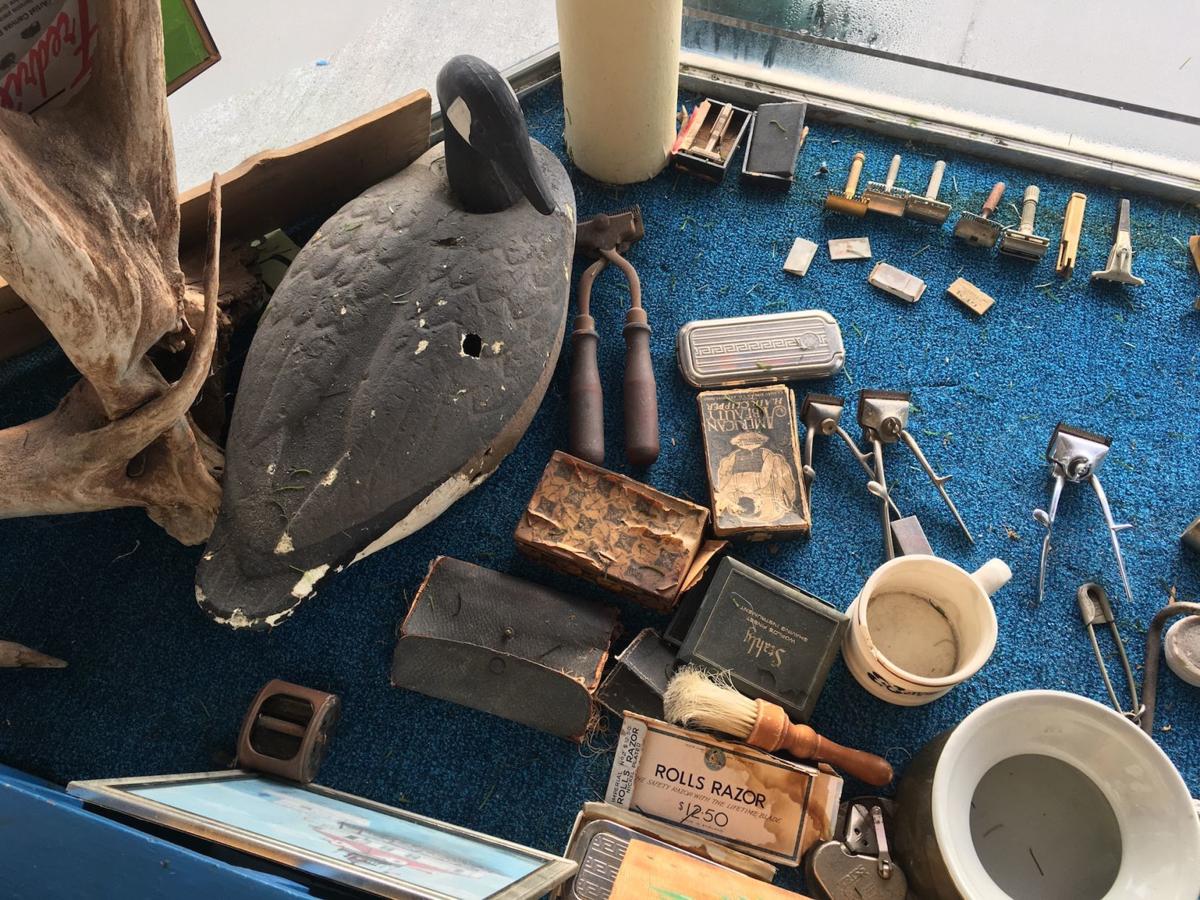 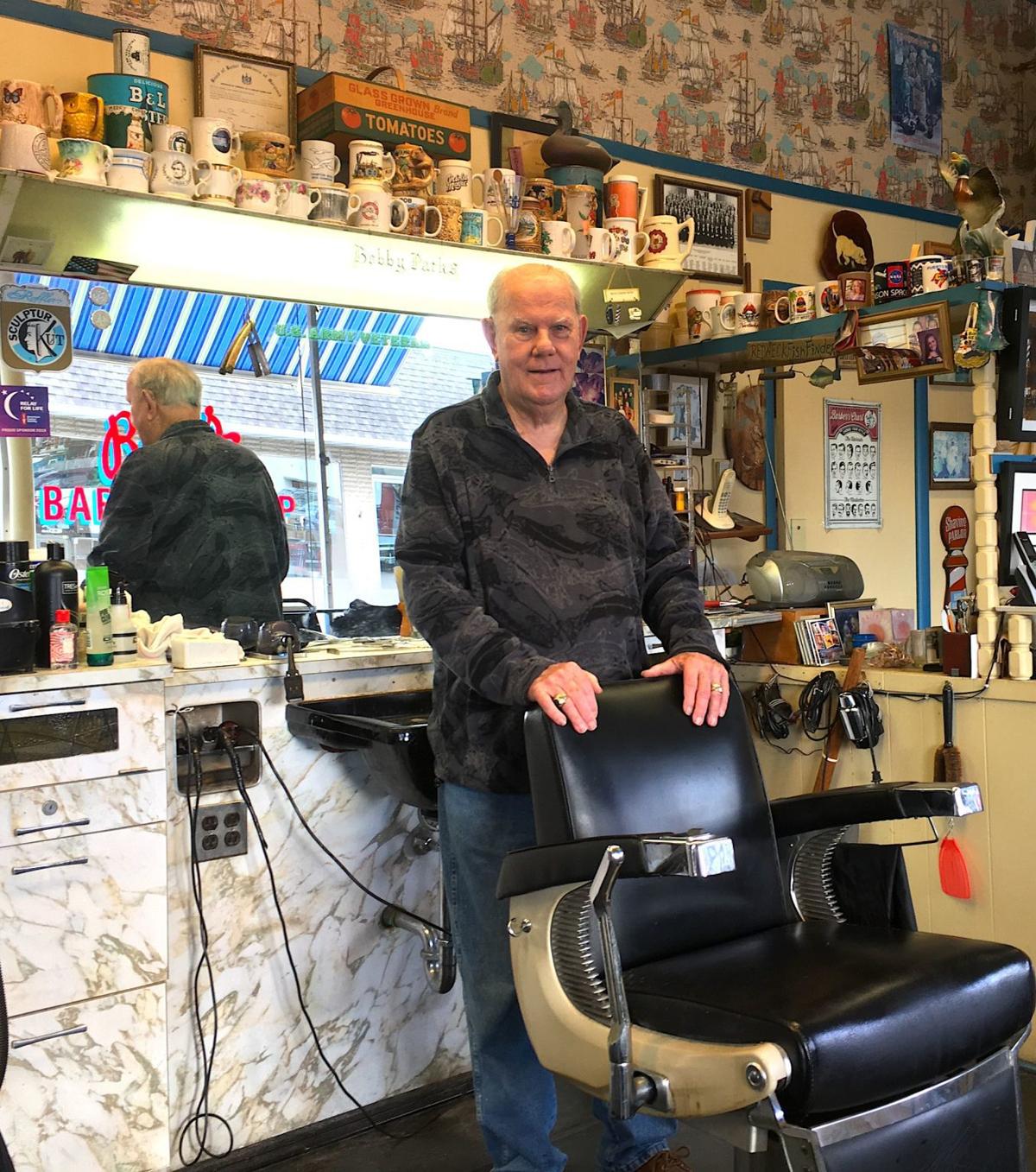 For 50 years, Robert “Bob” Parks, has been grooming men at Bob’s Barber Shop — a Cambridge landmark.

Bob Parks carved the replica of a Maryland blue crab.

For 50 years, Robert “Bob” Parks, has been grooming men at Bob’s Barber Shop — a Cambridge landmark.

CAMBRIDGE — Robert Wilson Parks is man of all seasons and talents. Stepping into the past at Bob’s Barber Shop, a Cambridge landmark, built in 1914, customers are treated to the ambiance of a quieter time, an art gallery, and a history lesson — all of this mete out by “Bob” Parks who has treated his customers to a premium barber shop experience for 50 years.

Setting up shop at 313 Gay Street in Cambridge, the same location it is in today, Parks began a legacy that is part of the very fabric of Cambridge. The building had only two owners in its history, the family of C.J. Henry, a tailor, and Bob’s Barber Shop.

Since he started his own business Parks has seen many changes. When he first began, he said, a shave with a straight razor was still available and a up and coming fellow could get a mudpack. Parks reports that once he “had a man bring his horse up one day and tied it to the barber pole and [Parks] clipped the mane, they put it on the front page of the paper.”

There is more than meets the eye to this gentleman that has been keeping Cambridge men and boys dapper for half a century.

Parks graduated from South Dorchester High School in 1957 and went on to Barber School and married in 1959. He has two children and three grandchildren. Parks asserts that “he’s seen a lot of customers come, he’s seen a lot of them pass, he didn’t go to college, but this place has educated him, the people educated him.”

Parks received his draft notice in 1961 along with “eight others from Cambridge” and gave the U.S. Army two years. He spent part of that time in Korea providing security at a missile base. He says that “the Koreans [he knew personally] really appreciated us being there so the North wouldn’t take over.” Parks admits that escorting the Bob Hope Show in Seoul South Korea, providing security “down in the front” was one of the highlights of his deployment in Korea.

Besides the service to his country, Parks is also a long-time member of the Grace United Methodist Church in which he and his wife were married. And Parks has been a Mason for at least 50 years.

Approaching 81 years old, Parks has no plans to retire, “The Lord has blessed me that I can still do it,” he states, and “as long as [he] can come in here and see [his] customers and take care of them, staying home is for the birds.” He says he has “good clientele [because the] older men still want to come to the barber shop.” Parks reflects that the barber shop “has made him a good living,” and by all reports Cambridge is better for it.