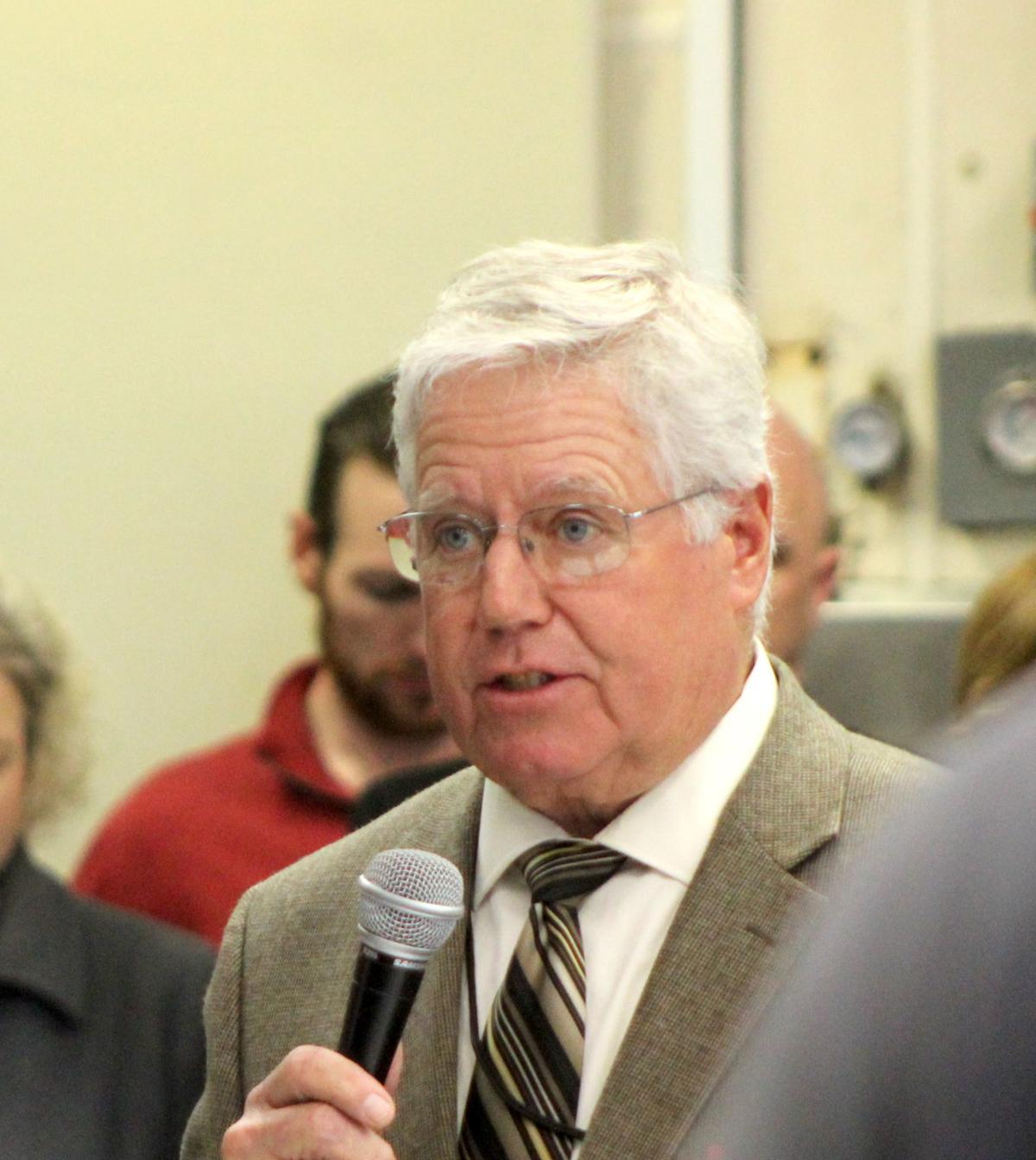 Maryland Waterman’s Association President Robert Brown calls for the release of more H-2B visas at a protest in Fishing Creek. 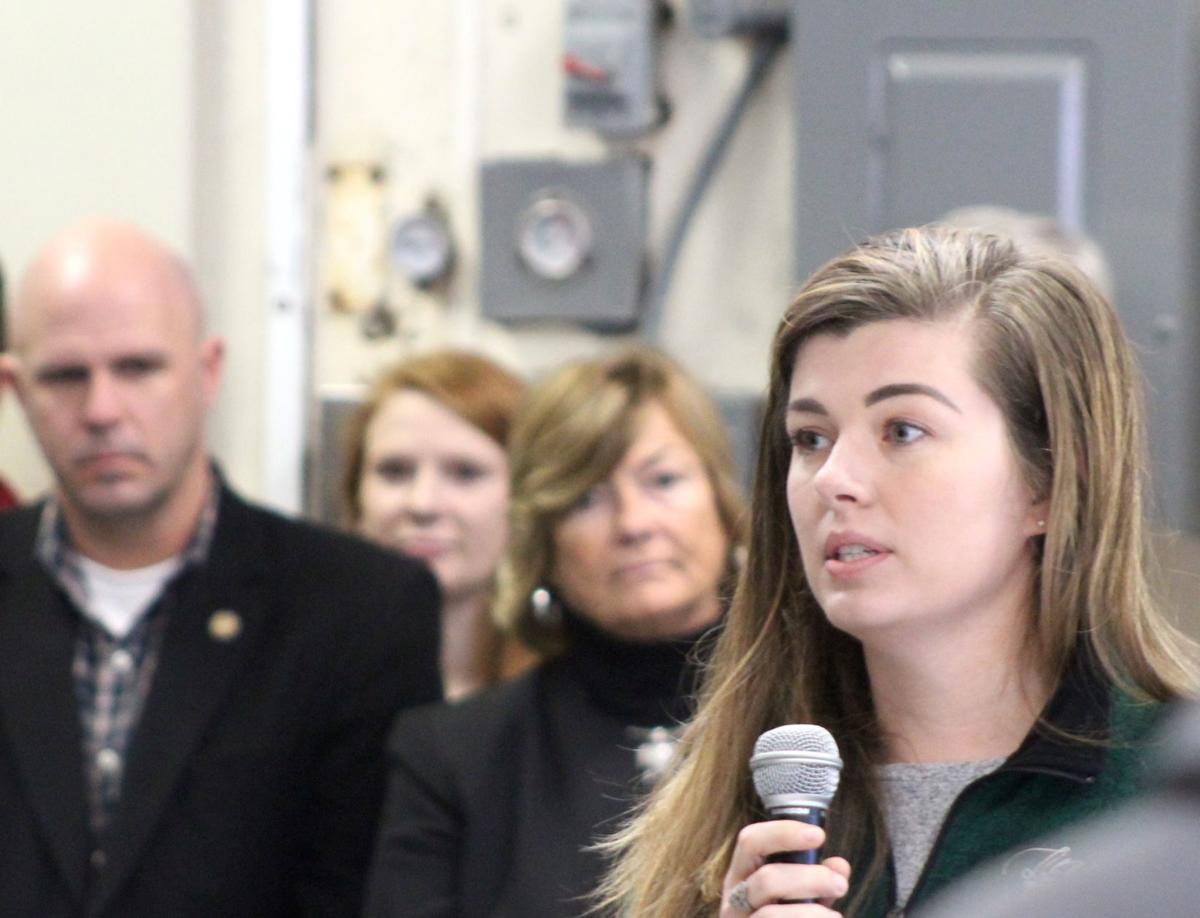 Lindy’s Seafood’s Aubrey Vincent the current labor shortfall and the need for the release of more H-2B visas at a protest in Fishing Creek. 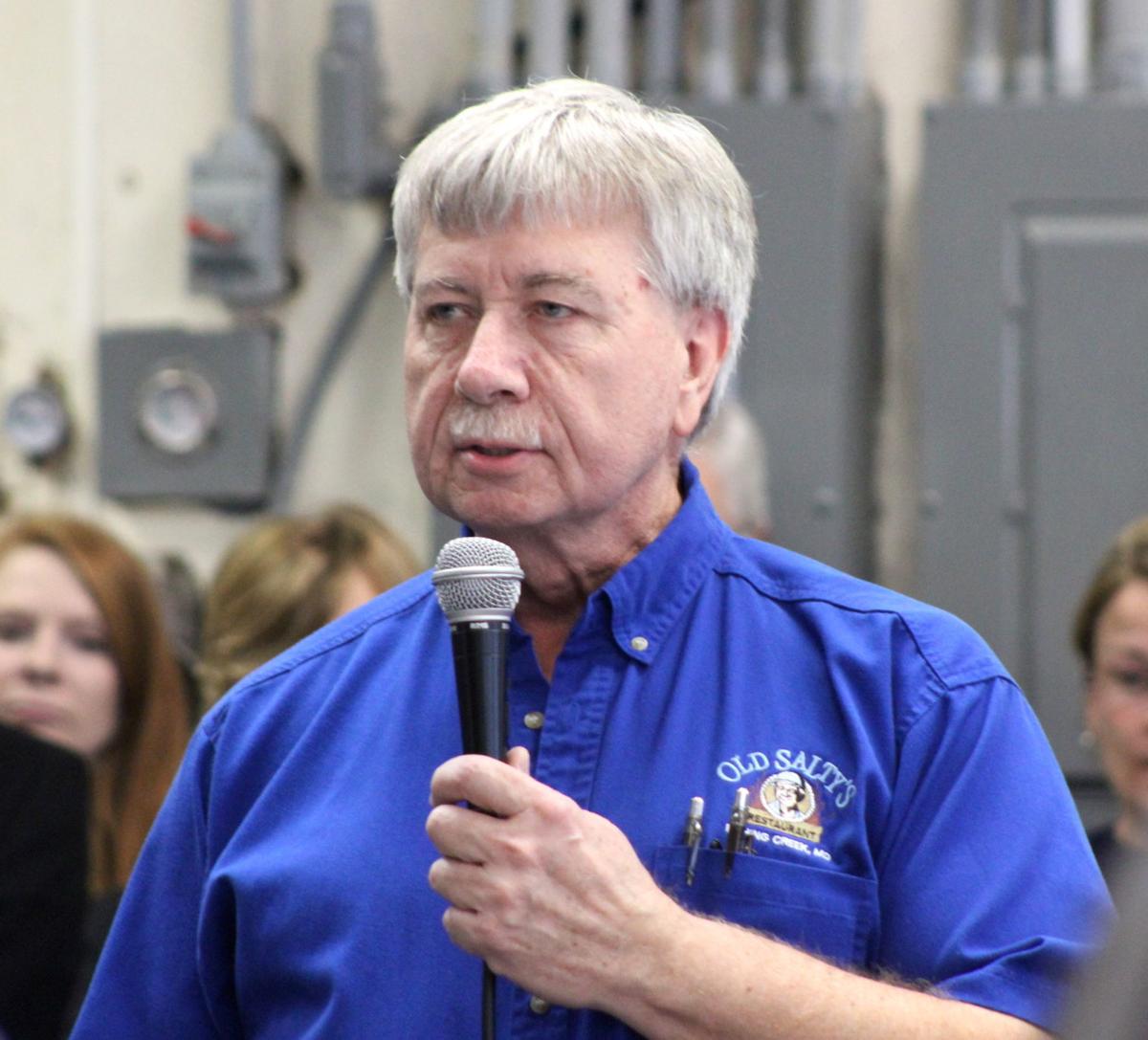 During a protest in Fishing Creek on March 3, 2020 Old Salty’s owner and Dorchester County Council President Jay Newcomb describes how the shortage of H-2B visas hurts the local economy.

CAMBRIDGE — Uncertainty and labor shortages in the local seafood industry remain despite the announcement last week of 35,000 additional H-2B visas. The impact of the release on the current shortage in six of Dorchester’s nine crab picking houses remains unclear.

Lindy’s Seafood’s Aubrey Vincent said that some of the provisions in the visa release, including the potential requirement for some of the visas going to workers from specific countries, will not help businesses like hers that count on the same workers each year. A country-specific visa would limit her ability to bring back workers from Mexico that have worked at the Woolford seafood processor.

Vincent also said the uncertainty about when the visas will be available is a pressing matter for a season that begins on April 1.

Old Salty’s owner and Dorchester County Council President Jay Newcomb said, “It sounds good,” but that the labor shortage brought on by the labor market in the county combined with the insufficient workers provided by the current H-2B visa lottery still threatens the crab picking houses. Newcomb said that the unknown timeframe and the possibility of another lottery means that picking houses might be shorthanded when the season starts.

At a protest in Fishing Creek on Hoopers Island on March 2, Newcomb said that inadequate visas threatened not only the crab picking businesses, but also watermen and restaurants, as well as other aspects of the state economy.

Maryland Waterman’s Association President Robert Brown supports the full release of visas, stating, “We need as many as we can get.” He added, “We need to have the visas release so we can have ample workers to pick crabs.”

Chesapeake Bay Seafood Industries Association Executive Vice President Bill Sieling said that even a release of 100,000 H-2B visas would not fill the demand for temporary workers in the region’s seafood businesses.

Sieling said, “The whole system is designed totally wrong,” with unnecessary limits on the number of available visas after businesses fulfill the stringent prerequisites to prove they cannot find American workers for the open seasonal jobs.

“We know what will happen,” said Sieling, referring to prior years when the lottery system failure to provide processors with adequate workers. He said in those instances, the crab picking houses were unable to find workers and had to rely on visas released late in the season to attempt to break even financially.

Harris said, “We are encouraged that the administration increased the number of additional H-2B visas. However, the proposed restrictions on those visas may not be practical for some of our businesses that depend on these temporary workers. Congress needs to address this problem more definitively if we want to avoid these shortages year after year.”

Further details regarding this year’s H-2B allocation will be contained in a Temporary Final Rule that the Department of Homeland Security aims to complete and publish as soon as possible.