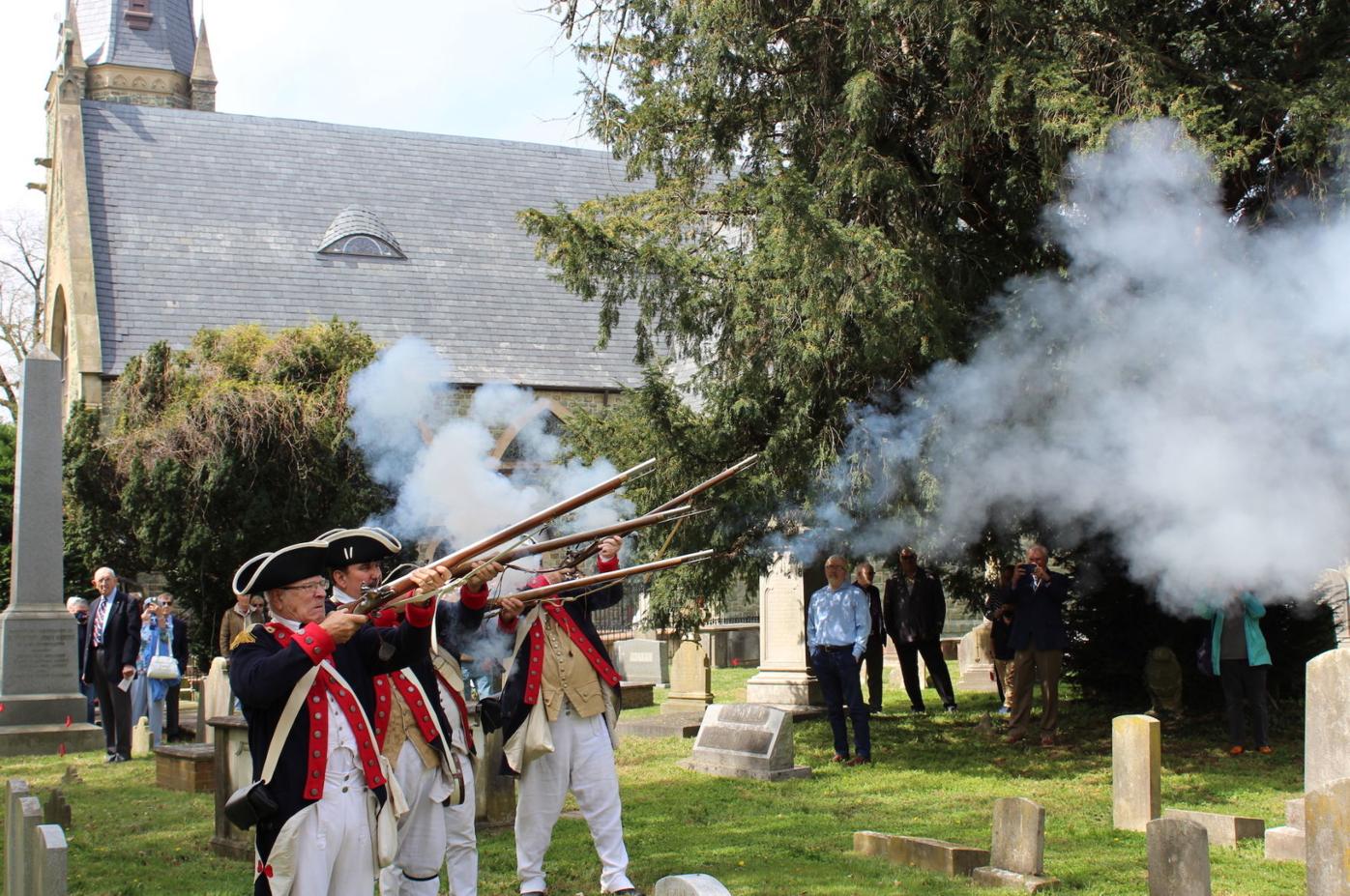 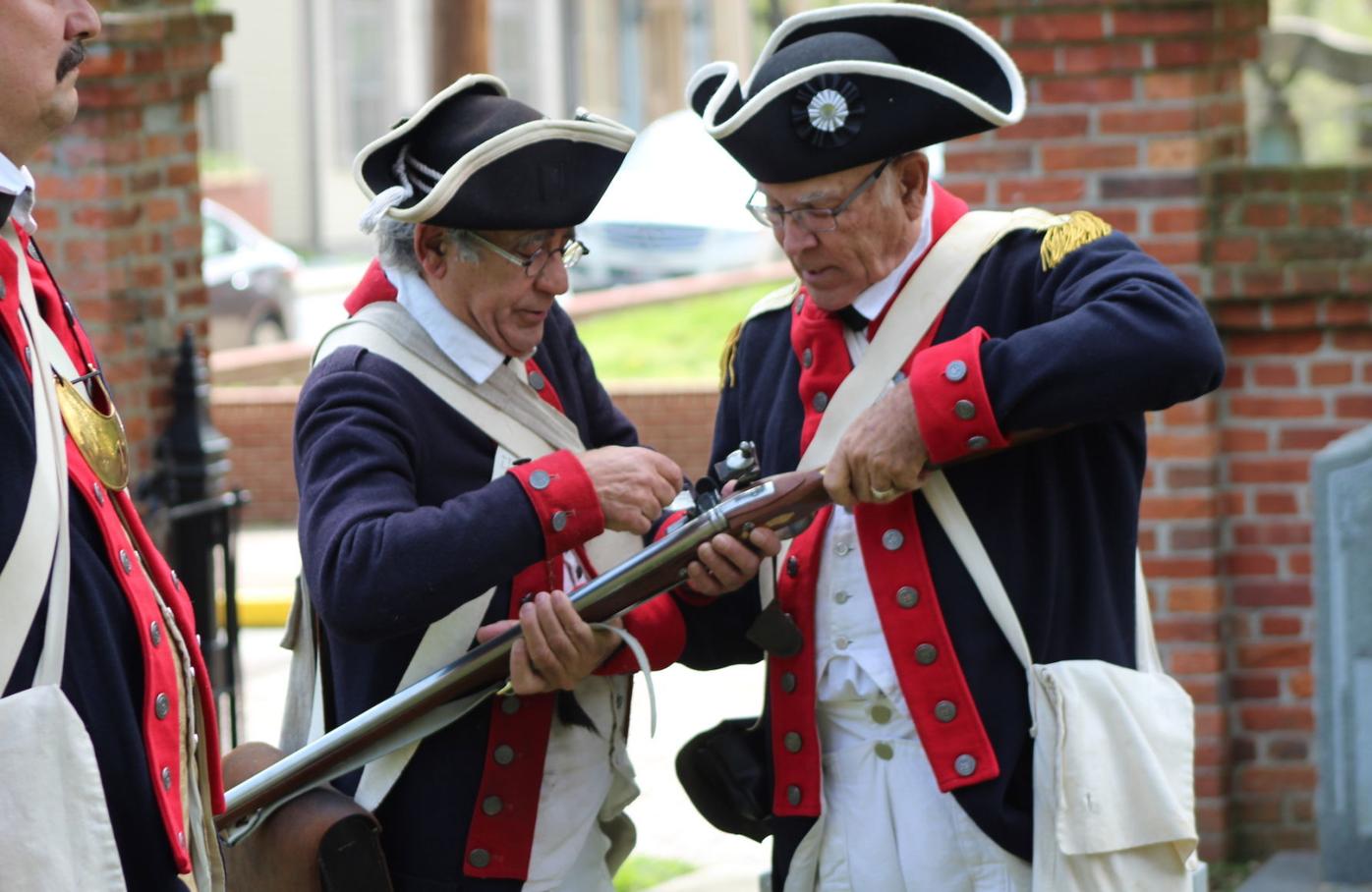 Re-enactors David Embrey and William Smithson work together to reload a musket. 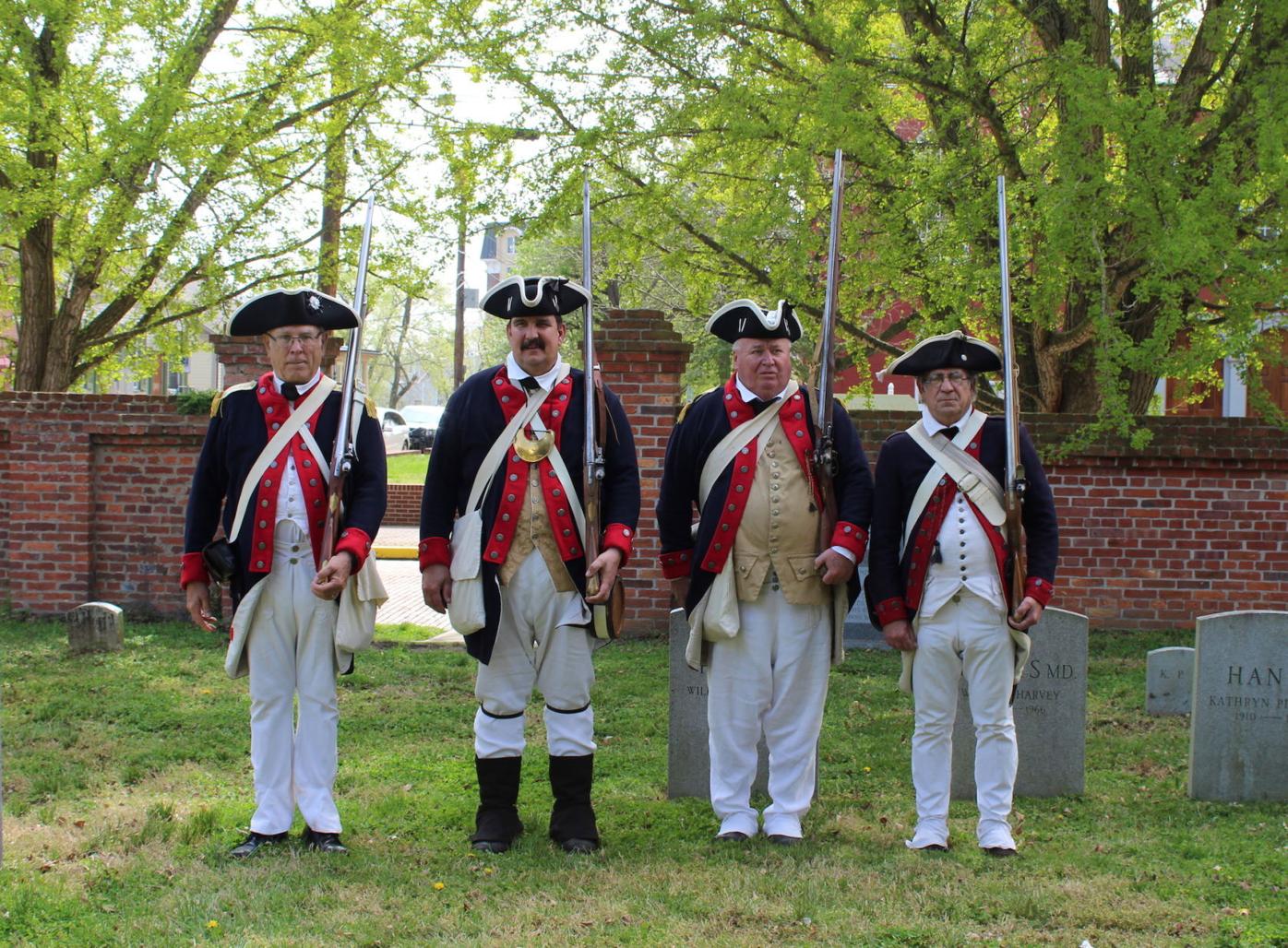 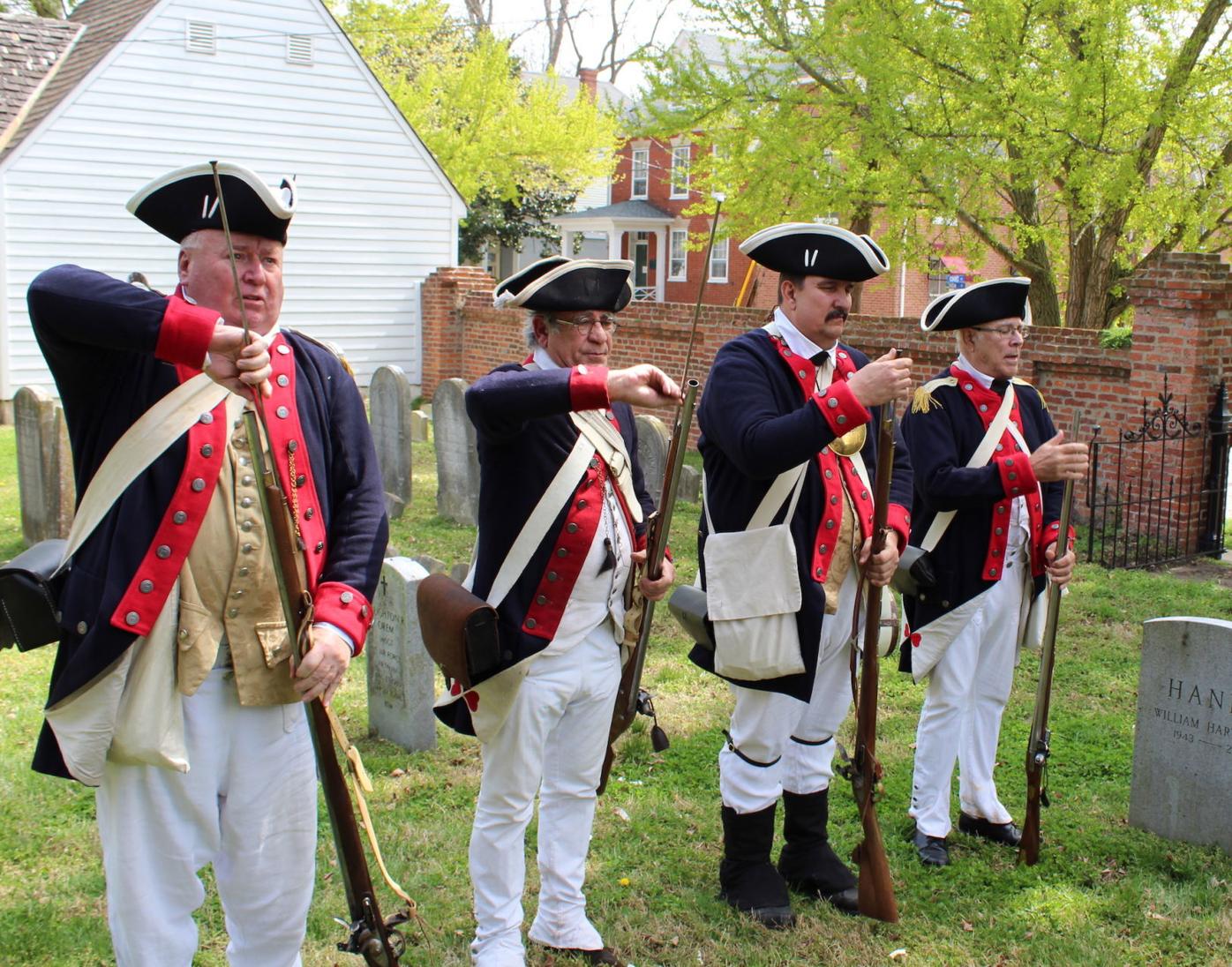 Re-enactors David Embrey and William Smithson work together to reload a musket.

CAMBRIDGE — The Captain John Smoot Chapter of the Maryland Society of the Sons of the American Revolution hosted a ceremony on Saturday, April 10, to honor Revolutionary War veterans buried at Christ Church cemetery in Cambridge.

Beginning in 1904, the remains of Revolutionary War patriots were moved to what was then called Heroes Corner from graves deemed to be at risk of being lost due to shore erosion, farming or overgrowth. There are 10 known patriots of the American Revolution buried at the cemetery, including one who was also governor of Maryland.

The first SAR grave marker was placed in 1923 on the grave of Governor John Henry, followed in 1948 by the placement of six additional SAR grave markers. During the most recent event the Captain John Smoot Chapter marked the final three known patriot graves in the ceremony. The Chapter is seeking to find and document patriot graves on Maryland’s Eastern Shore.