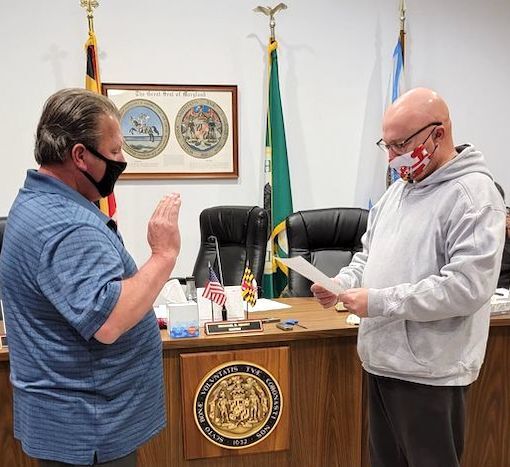 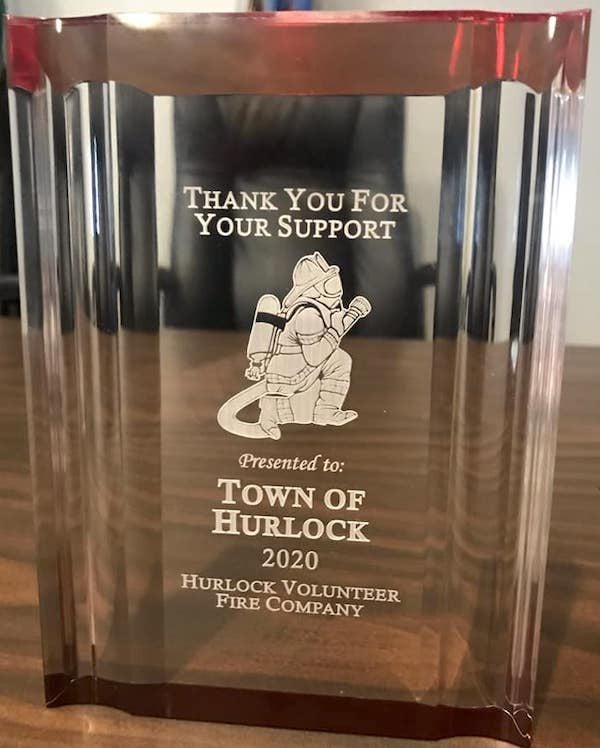 A Hurlock Volunteer Fire Company award thanks the Town of Hurlock. 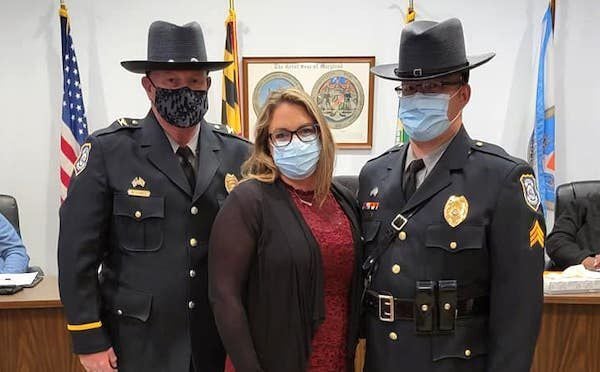 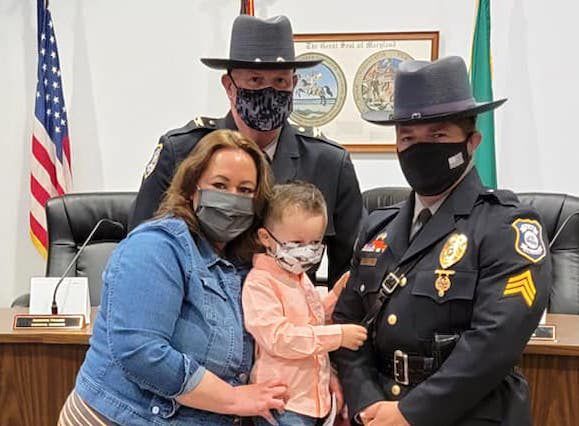 A Hurlock Volunteer Fire Company award thanks the Town of Hurlock.

HURLOCK — A commission was sworn to to fill the District 3 vacancy at the Monday, April 12 town council meeting in Hurlock.

Russell Murphy was sworn in after being the sole applicant to fill the vacant seat create when Amber Truxon resigned in order to move. Russell will serve the remainder of the term.

Minton's wife, Megan, pinned on his badge, and Garvey's badge was pinned on by his wife Jessica and son Grayson.

Hurlock Fire Department Chief William Coulbourne presented the mayor and council with a token of appreciation for the support provided by the town during the year 2020.

Coulbourne also advised that the Fire Department also has a supply of smoke detectors. Anyone in need can call 410-943-3110, leave a message, and a member will return a call.