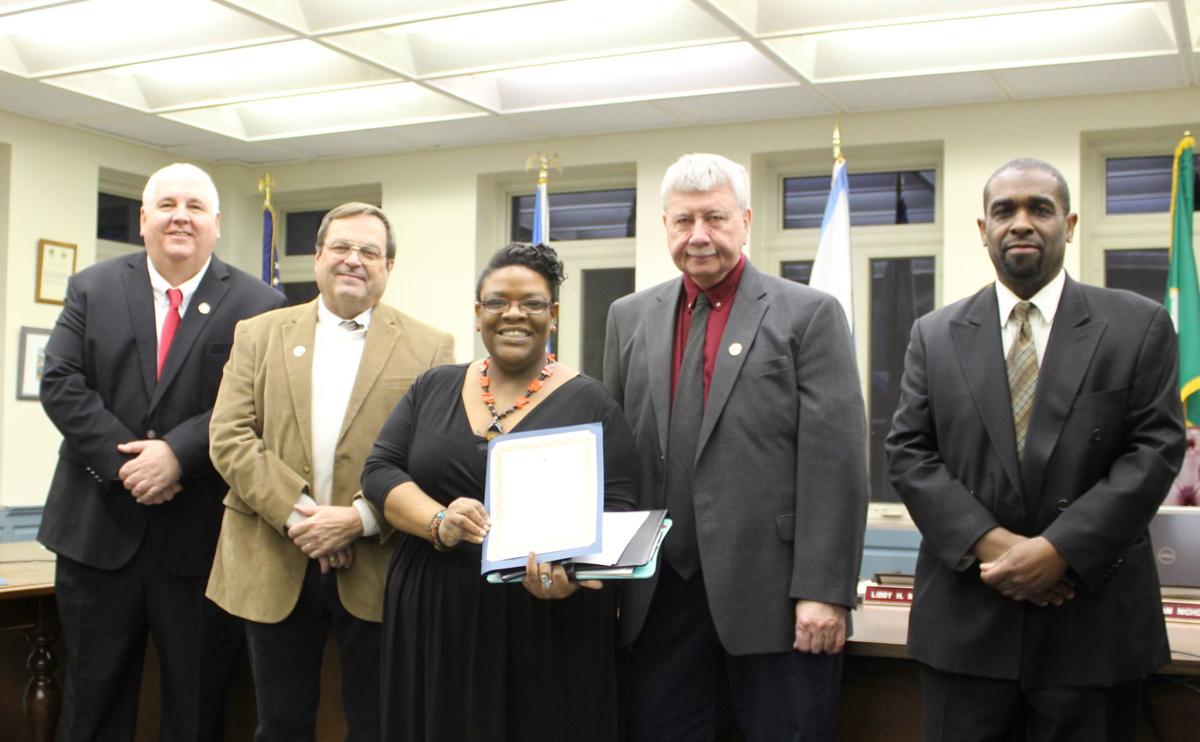 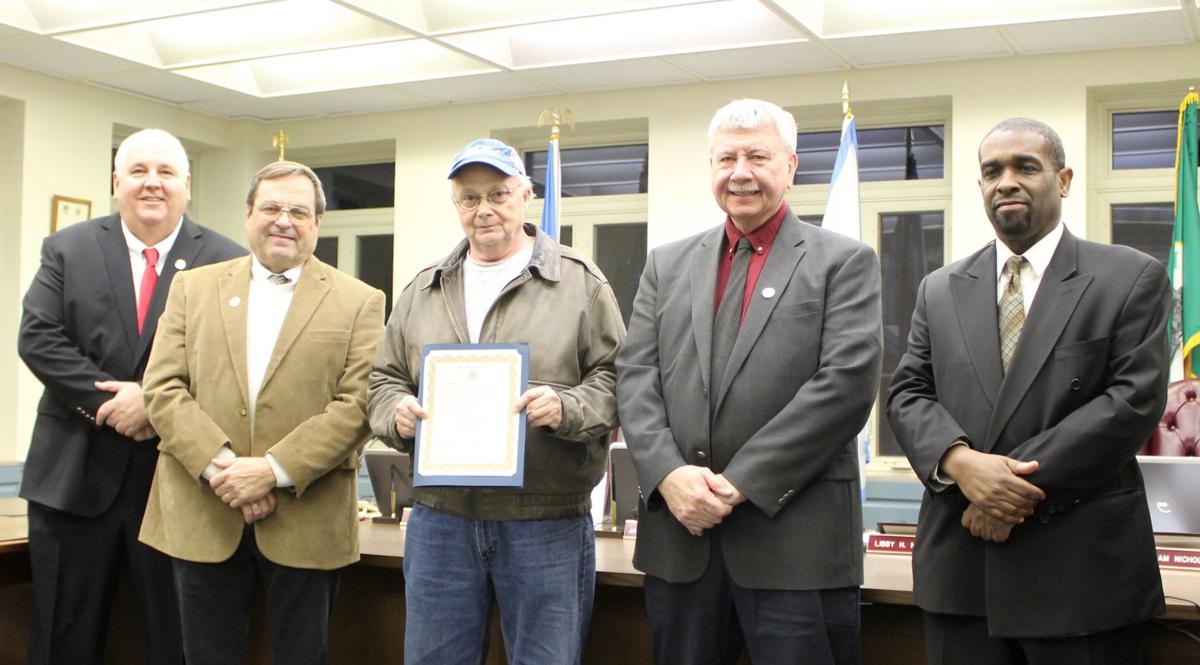 Charles Brooks, Jr. accepts a commendation from the Dorchester County Council on his retirement from service as a county employee.

Charles Brooks, Jr. accepts a commendation from the Dorchester County Council on his retirement from service as a county employee.

The Council declared January as Mentoring Month. They recognized Erica Dennis of Big Brothers Big Sisters of the Eastern Shore, who thanked the council for the proclamation to supporting mentoring, “Something that is so important to the community,” according to Dennis. She said that her organization has been mentoring since 1982, and said she, “looked forward to future partnerships with the county.”

The Council voted down a request from the Sheriff to use a room in the Emergency Services portion of the Public Safety Complex building on Fieldcrest Rd. The proposal involved using a former emergency services office as an interview room and sex offender record storage area for the Sheriff’s Department. Councilman Lenny Pfeffer raised the issue again at the end of the meeting, stating he wanted to ensure that the Council was properly considering the issue that he said was giving the Sheriff’s staff needed operations space that is currently in use as a break room for Emergency Services personnel. Pfeffer said the Sheriff related to him the lack of a room with adequate sound recording capabilities to allow interviews to be admitted in court.

Council President Jay Newcomb pointed out that because the Council had voted the proposal down 3-2 with a vote that included a previously entered ballot from Councilwoman Libby Handley Nagel, who was not present at the meeting, the Council could not reconsider the issue, but instead could vote to put it on the agenda for the next Council meeting. The motion to do so passed 3-1, with Councilman William Nichols voting against it. “We can’t keep going back and forth to the well,” said Nichols, arguing that the matter had been voted on already.

Pfeffer said of his effort to bring the issue back to the council’s attention, “I wanted to make sure that you (the other council members) were well informed that the Sheriff wanted it for an operation purpose versus a break room.”

The Council agreed to a rescheduling of a budget meeting with the Dorchester County Board of Education, but voted to decline to meet with individual department heads, opting instead to have the department requests come through the County Manager. The Council also voted to seek a second opinion on prices for repair of the Bestpitch Ferry Bridge, which is currently closed due to safety concerns.

The Council also commended Charles Brooks, Jr. on his retirement from service with the county, where he most recently served as a fleet manager for the Department of Public Works. “It’s been quite an experience, and I met a lot of good people out there,” said Brooks.

The April issue of the magazine celebrates the environment. April 22 marks the 50th annivers…

In this issue: A young Marine found a way to merge her passion with her career and more!