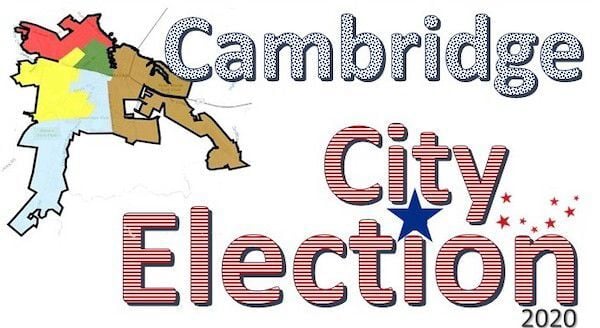 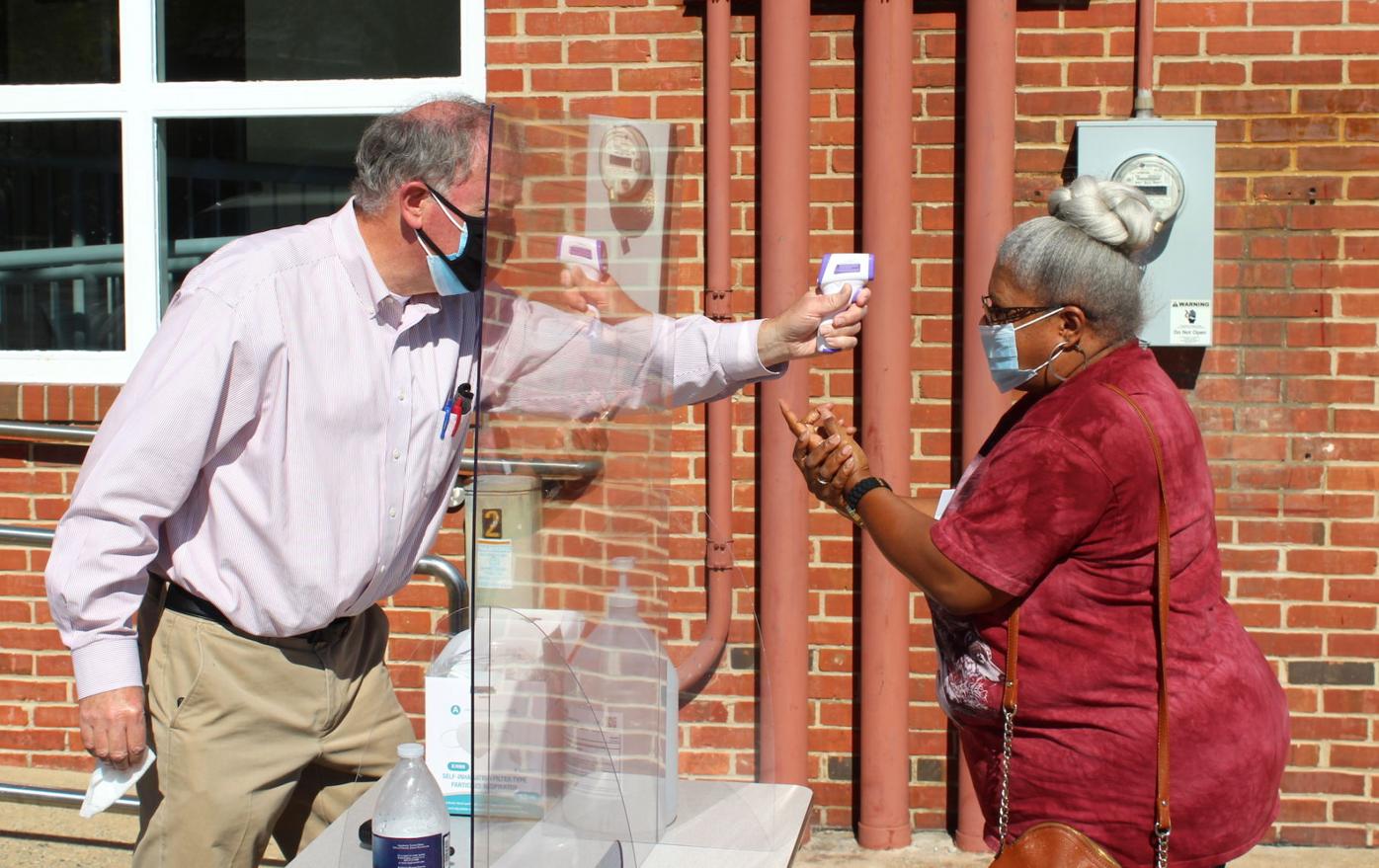 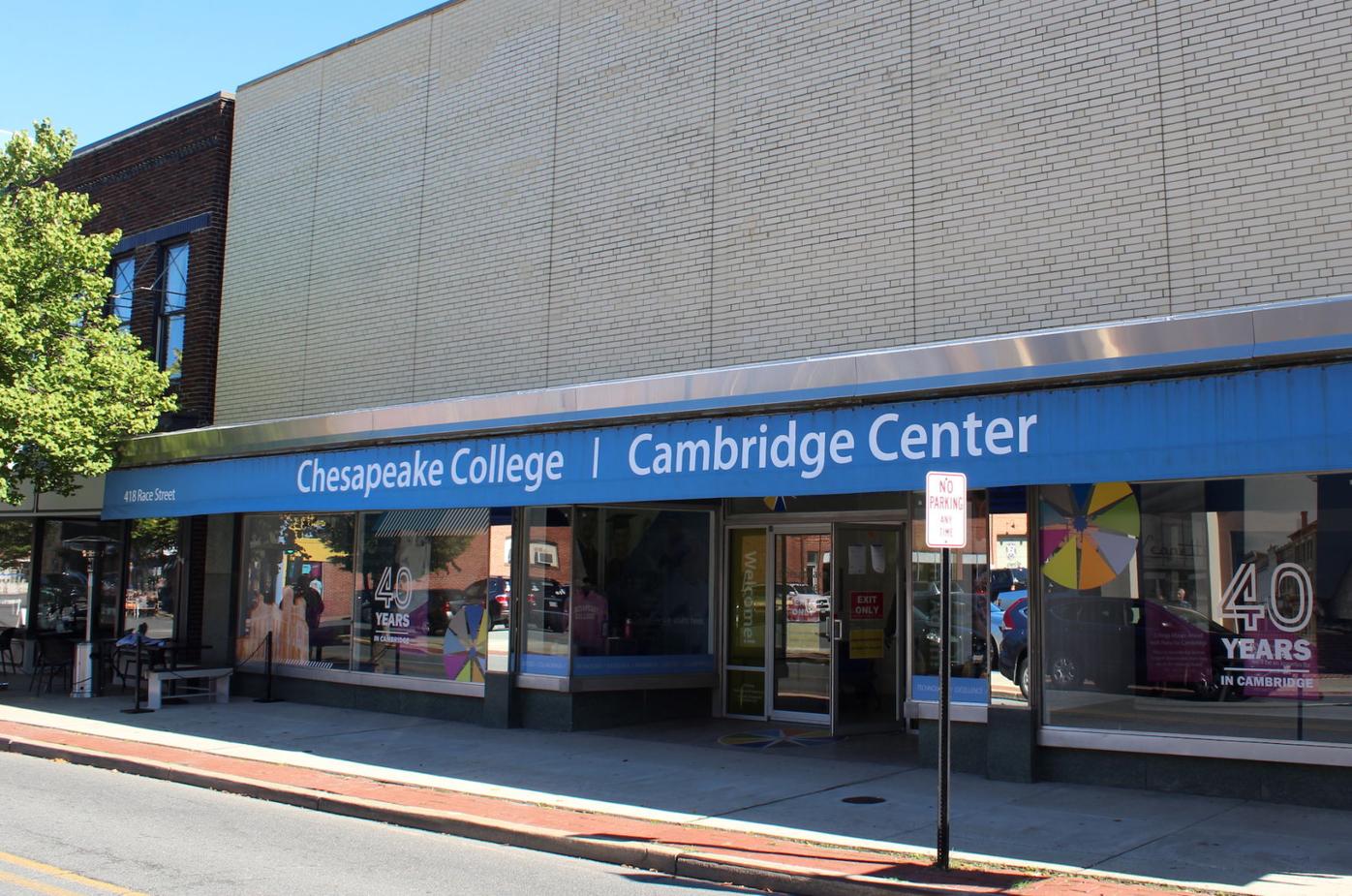 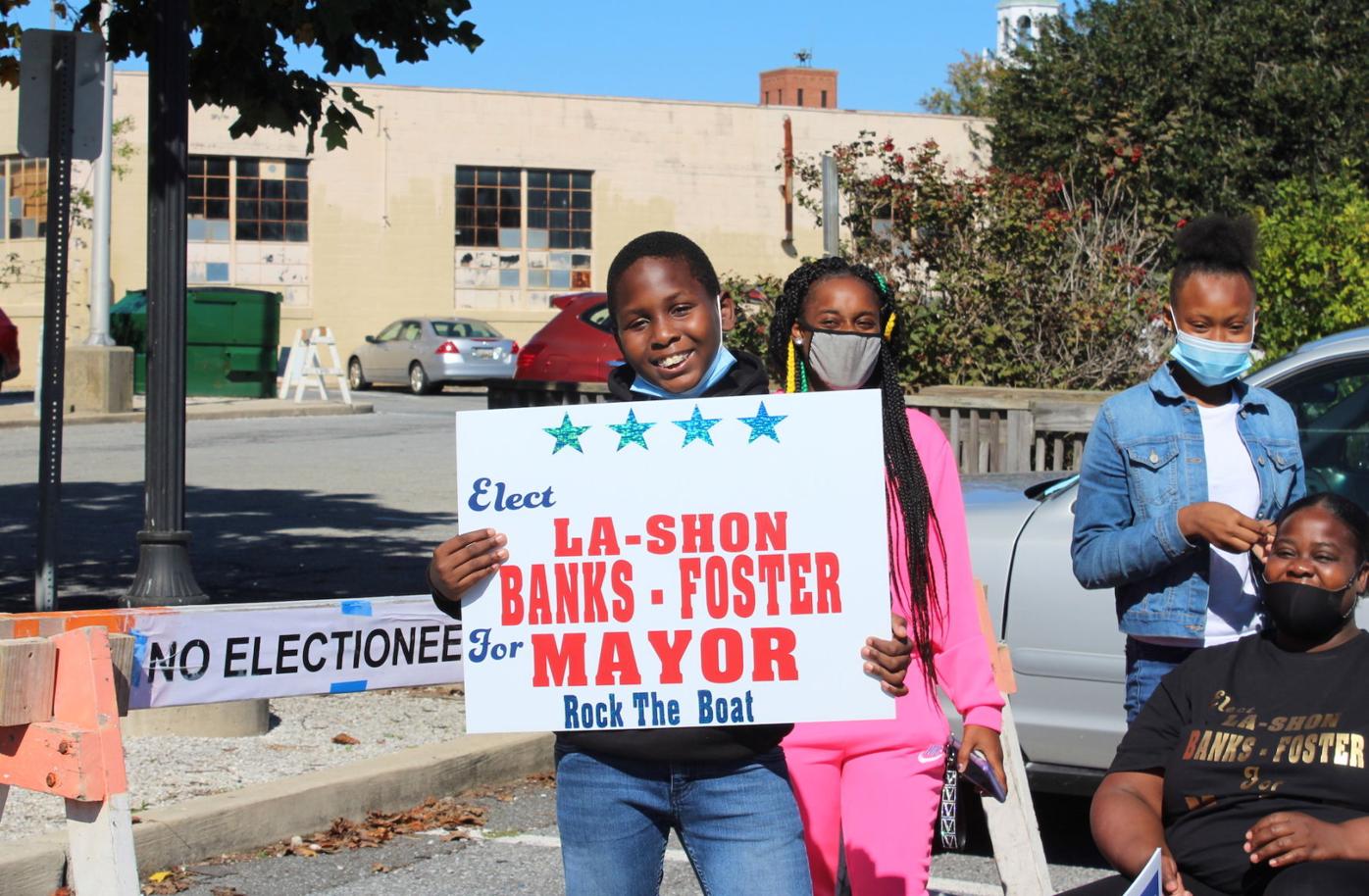 A young supporter of mayoral candidate La-Shon Banks-Foster sign waves outside of the entrance to the voting for Cambridge’s municipal election. 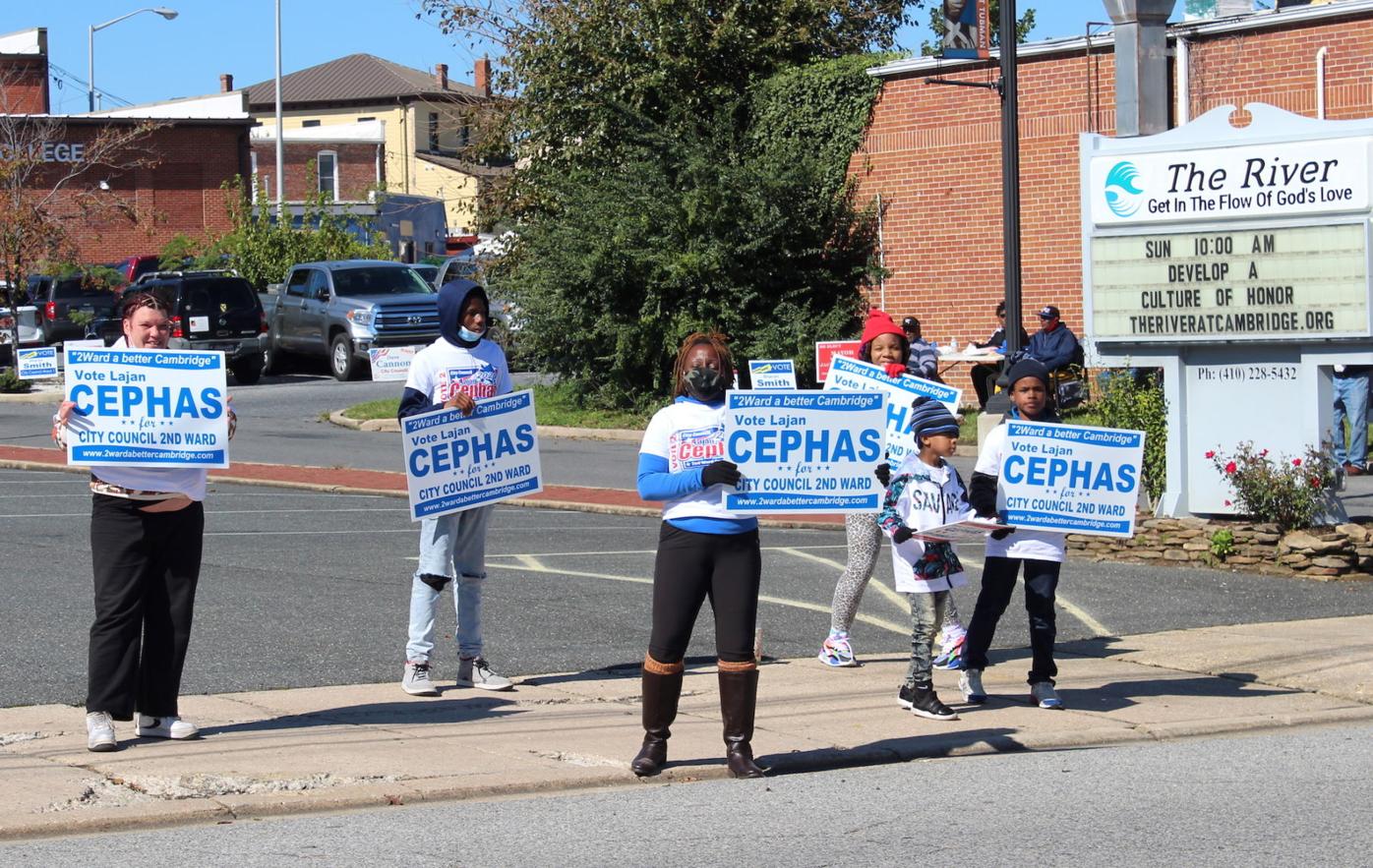 Ward 2 candidate Lajan Cephas and her supporters sign wave outside of the polling place during Cambridge’s in-person voting. 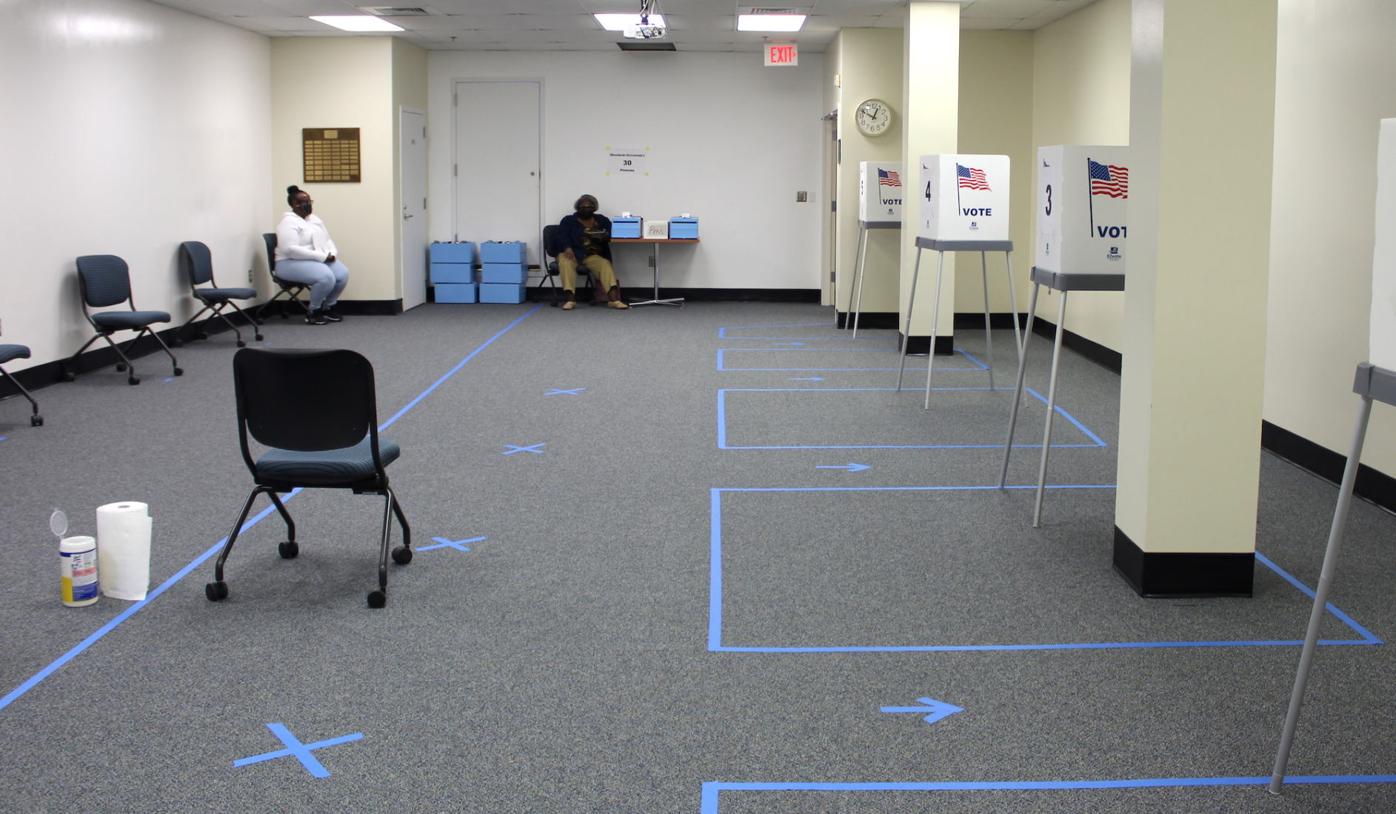 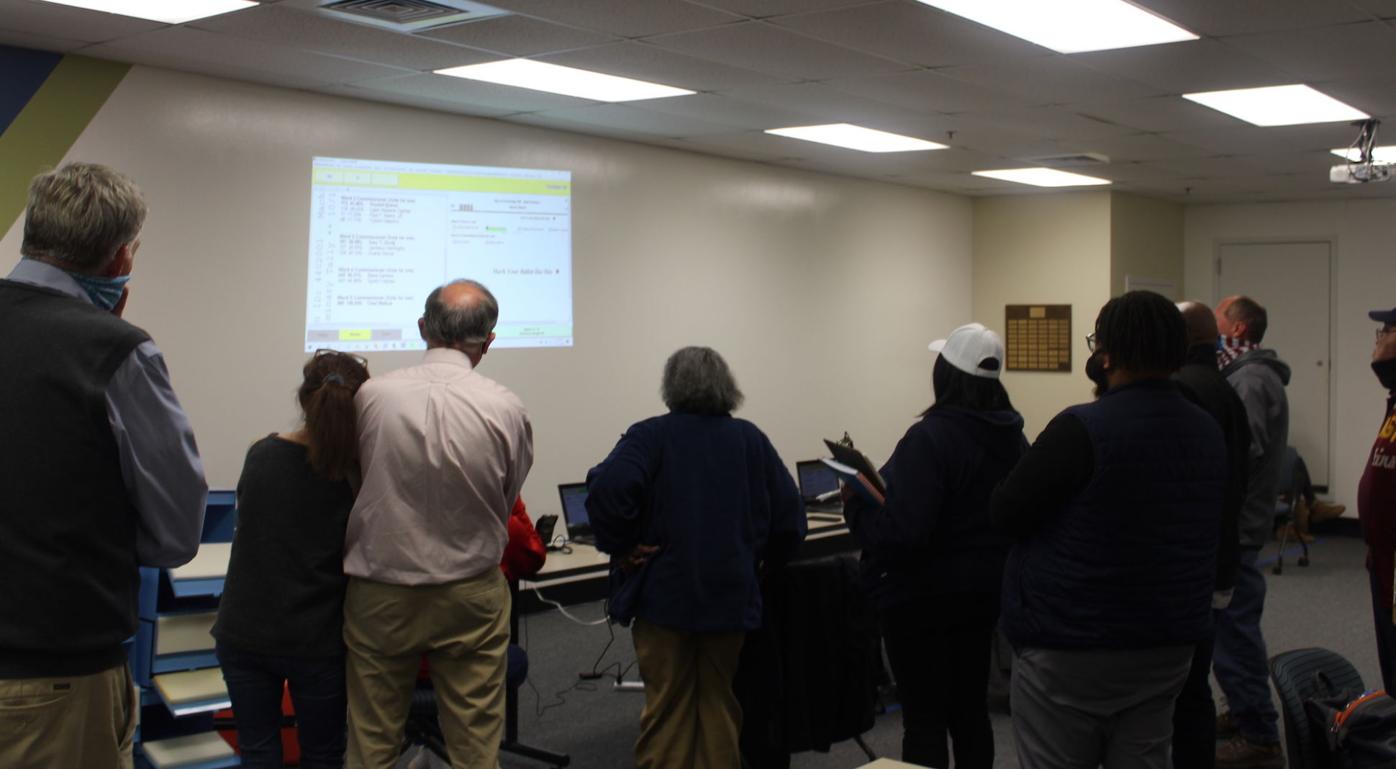 Election officials and candidates observe votes being processed after polls close in the Cambridge municipal election.

A young supporter of mayoral candidate La-Shon Banks-Foster sign waves outside of the entrance to the voting for Cambridge’s municipal election.

Ward 2 candidate Lajan Cephas and her supporters sign wave outside of the polling place during Cambridge’s in-person voting.

Election officials and candidates observe votes being processed after polls close in the Cambridge municipal election.

CAMBRIDGE — The race for Mayor and City Commissioners was too close to call, Saturday night, Oct. 17, at the close of voting — with the exception of Wards 1 and 5. The highly publicized election will now move to a December run-off, prolonging the election to the agony of many voters.

Incumbent Mayor Victoria Jackson Stanley received the majority of votes with 1,193 votes, but at just 40.59% of the votes cast – the seat for mayor too will be in the December run-off with second-highest mayoral voter getter Andrew Bradshaw — as the city charter dictates a candidate must have 50% of the vote to be declared the winner.

With preliminary numbers coming in at the close of voting on Saturday, Oct. 17 — and in several cases being a swing of just one vote — the city announced the election would not be certified until Monday. Provisional ballots, election officials said there were 32, will be reviewed Monday and if they meet qualifications will be counted and added to the final count.

According to election officials, Ward 5 was a clear win for Chad Malkus, the only candidate for that ward, along with Ward 1 going to Brian Roche with 61.55% of the vote, a lead too great to be overcome by any possible additional votes from provisional ballots. The preliminary tally for Ward 4 shows Sputty Cephas the winner over incumbent Dave Cannon by a narrow margin. And Wards 2 and 3 will most likely be a run-off between incumbent Donald Sydnor and Lajan Cephas, and Gary Gordy and Jameson Harrington, respectively.

Election official said a total of 2,939 votes were cast in the mayoral race and 2,787 votes cast for commissioners, more than triple the turnout in the 2016 election.

In person voting took place Saturday from 7 a.m. to 7 p.m. at Chesapeake College on Race Street in downtown Cambridge. Voters entered the rear of the building after a temperature check and a verbal COVID-19 symptoms screening.

Sources said that voters gave election judges inside their names as the means of identification. Election officials said in the run up to the election that each voter had a unique bar code that would ensure that each city resident's vote was only cast and counted once.

By midday on Saturday, voting had been steady, with lines forming at time in the morning. According to city election officials, by midweek over 2,000 mail in ballots had been cast, more than double the 915 total ballots cast in the entire 2016 municipal election. A total of 8,156 ballots were mailed out to all Cambridge voters who are listed on the Dorchester County voter roll.

Recordings of candidate debates for the Cambridge election can be accessed here: