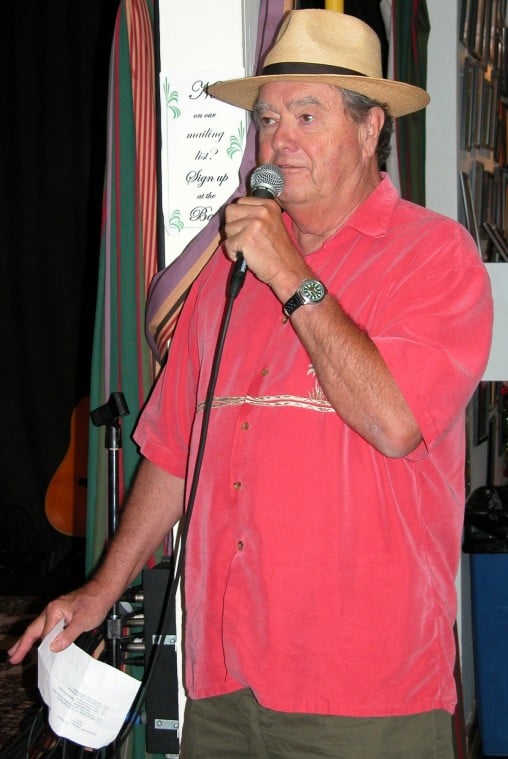 Tom McHugh welcomes an audience to the Mainstay. 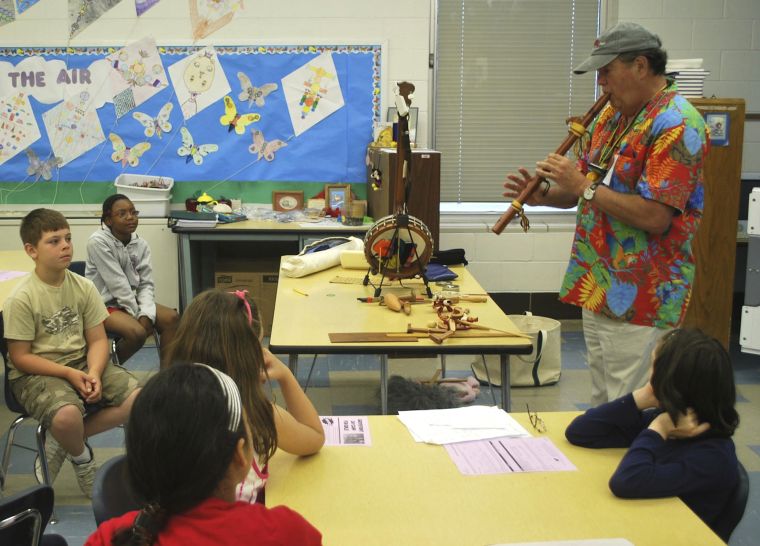 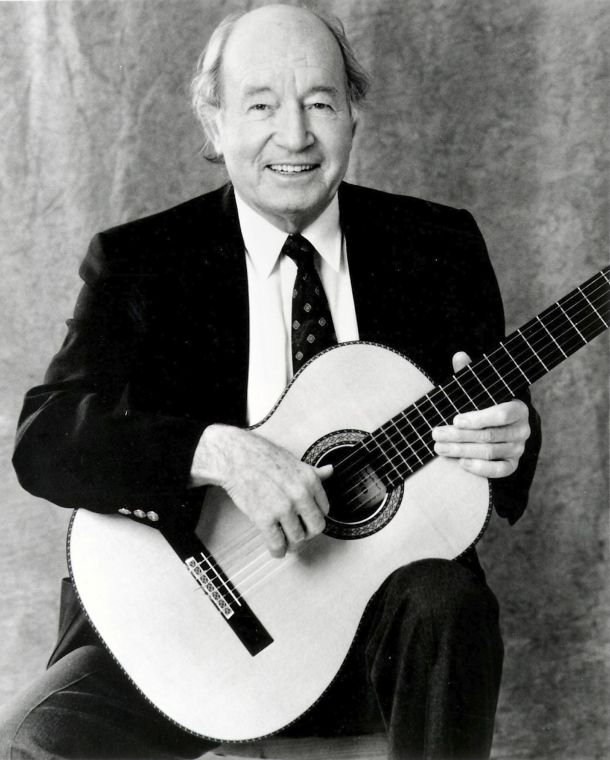 Charlie Byrd played at the Mainstay, and promoted the venue to other musicians. 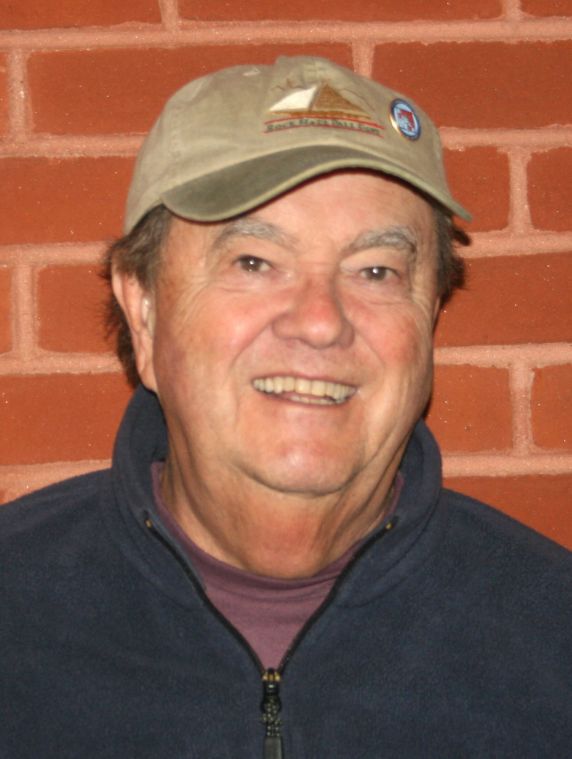 Tom McHugh welcomes an audience to the Mainstay.

Charlie Byrd played at the Mainstay, and promoted the venue to other musicians.

ROCK HALL — Mention the Mainstay in Rock Hall, and the name that comes to mind is not necessarily one of the world-famous artists who has performed there. Not Tom Paxton; not Daryl Davis; not even Charlie Byrd. Without a doubt, it’s Tom McHugh.

McHugh has certainly performed there – probably more often than anyone else – and he’s certainly well known to audiences in many other countries. But the Mainstay simply wouldn’t exist if he hadn’t decided Rock Hall needed someplace for people to hear live music. That was in 1997. Now, nearly 800 shows later, the place itself is almost as much a legend as any of the stars that have stood on its stage.

The reason is simple: McHugh has always cared about the music – more than anything else. A look around the place will confirm that. The seats are a hodgepodge of different styles, from metal folding chairs to well-worn couches to a row of seats from the old Church Hill Theatre. But the sound system is topnotch, as is the grand piano on stage. It may be the single best place on the Eastern Shore to hear a favorite musical group.

And now, McHugh is about to step back, announcing he plans to retire in 2015. In a free-flowing conversation Oct. 9, he told about the reasons for the move – making it clear that his health is fine, and he hasn’t lost interest in the Mainstay. Instead, he wants to leave the place in good hands before he reaches the point at which somebody might start to think about pushing him out. He said the retirement of a founder should be a time of “joyous celebration” of that person’s accomplishments, not a “there goes the Mainstay” downer.

He sees his eventual role as sort of an emeritus position, where he makes himself available for promotion and fundraising, and serving as a head cheerleader for whoever has taken his place. That process, he figures, will take a couple of years – so he’s not going to disappear from the scene any time soon.

A retired education professor, McHugh first came to Kent County to teach at Washington College. He fell in love with the place, but then his career led him to Vassar College in upstate New York, where he became department chairman. Taking early retirement in the early 1990s, he returned to the Shore — an ideal place to raise his two daughters — and settled in Rock Hall.

He brought with him a love of a wide variety of music. In addition to his vocation as an educator, McHugh was an accomplished banjo and harmonica player, as well as a singer. So the idea of a venue to bring the kind of music he loved to the area was a natural. The rest, as they say, is history.

McHugh recapitulated much of that history. When he first arrived in Rock Hall, Thomas Sobol showed him the Mainstay building, one of several he owned on Main Street – all falling apart. Sobol offered it to McHugh for three years, rent free. Sobol would replace the floor and fix the heat and air conditioning. After three years, the plan was, they’d negotiate.

McHugh owned a small PA system, which he put in one corner, and put out feelers to his contacts in the folk music community, many of whom he met when he was vice president of Pete Seeger’s Clearwater Foundation. The first season, he brought in Guy Davis, Gordon Bok and Bob Zentz, all of whom came at a cut rate, and helped draw an audience.

According to the Mainstay website, www.mainstayrockhall.org, that was in 1998. It was a pretty bare-bones operation, McHugh said. “I did everything.” There were no contracts for the performers, no real sense that making money on the shows was any kind of priority. The first few years, the club averaged 25 to 30 concerts a year. Now, it’s roughly double that.

The Mainstay turned out to be an ideal acoustic environment. A sound engineer who checked out the room said it was a combination of its shape, the large wooden areas, and the presence of rugs and listeners to soften the reverberations. The fact that nobody is serving drinks or food in the concert area during performances also improves the sound. There are no clinking glasses, no waiters taking orders to distract from the music everyone wants to hear.

And the price is right; McHugh has tried to keep the average price of a concert around $15, with the occasional $20 ticket for really big acts. That’s been helped by some of the club’s supporters chipping in to pay for a top-end act that might otherwise break the budget. In other cases, the musicians themselves have been willing to drop their usual fee because they enjoyed playing there.

For example, the Mainstay became one of Charlie Byrd’s favorite venues. McHugh said the guitarist was always promoting the place to other jazz musicians, urging them to add on a Mainstay date when they were booked in Washington. More recently, Byrd’s widow, Rebecca, has become one of the club’s major supporters, serving as president of the board of directors.

Charlie Byrd was indirectly responsible for one of the Mainstay’s major supporters coming forward. At one jazz concert, McHugh said, an audience member came to him and introduced himself as Max Corzelius. He thanked McHugh for supporting Byrd and handed him a check. McHugh didn’t look at it until he got home; it was for $1,000.

Corzelius became a driving force behind the Mainstay’s jazz program, donating money to bring in major artists, paying for a first-class grand piano and funding a group of local musicians including Tom Anthony, Dick Durham, Sue Matthews and the Redd brothers, who became “Max n’ Friends,” a house rhythm section for visiting soloists.

Jazz is just one element of the Mainstay musical mix, of course. McHugh began with folk and roots music, and has continued to feature those styles. The lineup has also included classical music, bluegrass and country, gospel, blues, rock and ethnic performers from all corners of the globe. There’s also been the occasional theater piece, such as “The Golden Sardine,” by Robert Earl Price or Cliff Jewell’s one-man show, “Sam Clemens and the Real Mark Twain.”

Asked what had surprised him most about the evolution of the Mainstay, McHugh said he was most pleased by the consistency of the performances over the years. Of the roughly 800 performances since the Mainstay opened, only a handful – five to seven total – have been flops, at least from an artistic point of view. He also took great satisfaction in having booked the Preservation Hall jazz band, “all by myself.”

By now, the Mainstay’s reach has extended beyond Rock Hall. McHugh has on several occasions brought in groups to interact with the music programs at Kent County High School and Washington College. Also, the Mainstay has offered its resources for fundraising programs for local nonprofits, such as Horizons, the African American Heritage Association, and Rebuilding Together Kent County. It donated uniforms for the Rock Hall softball team, and sponsored a summer camp for local children.

Looking to the future, McHugh said he doesn’t plan to fade away in any definable time frame. The strategic plan for the next few years has the Mainstay looking for a full-time executive director. There is no hard-and-fast description of the position, he said, other than to perpetuate the institution and possibly add a dimension. Whoever it is, he said, he expects they will be getting “a real salary” instead of the “small stipend” McHugh has taken over the years.

McHugh himself will be around, attending shows, mingling with the audience and musicians as always. That should be all anyone needs to prove that everything is going just the way it should.