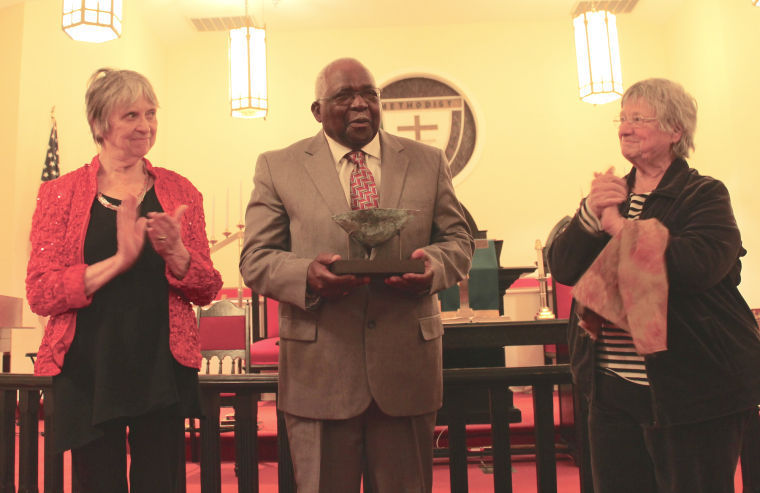 Leslie Raimond, with the Kent County Arts Council, left, and Judy Kohl, with the Hedgelawn Foundation, applaud John Wilson after bestowing him with the 2014 Kenny Award. 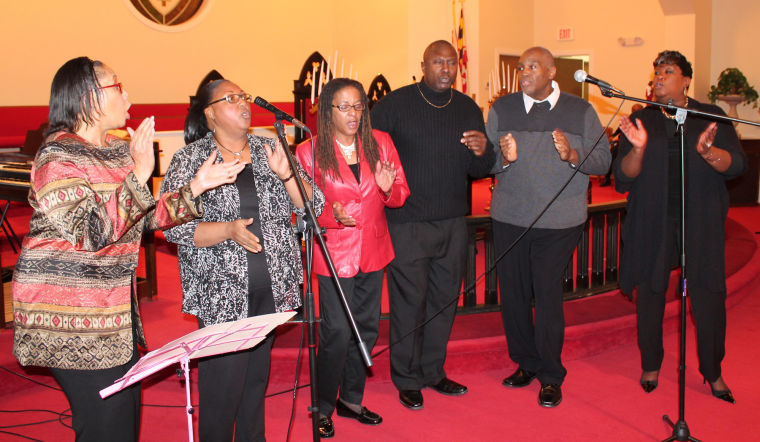 The Nia Ensemble, a group of some of John Wilson’s former students, perform a cappella Tuesday, Feb. 10 at Bethel AME church. 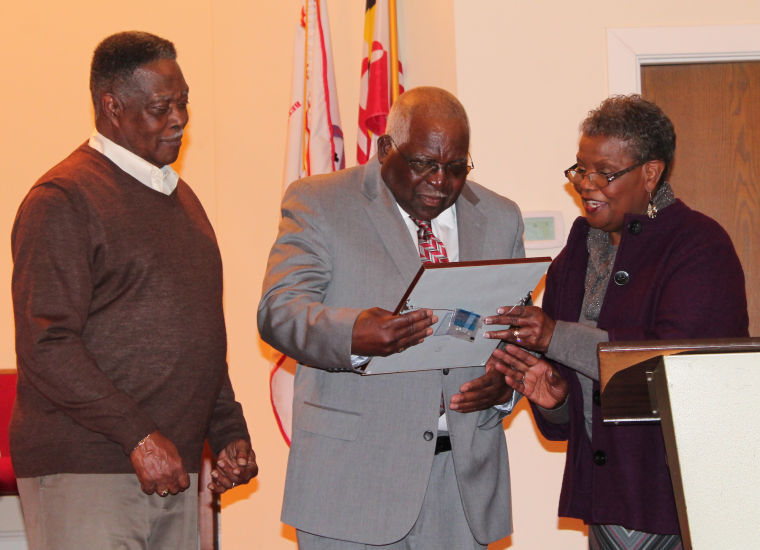 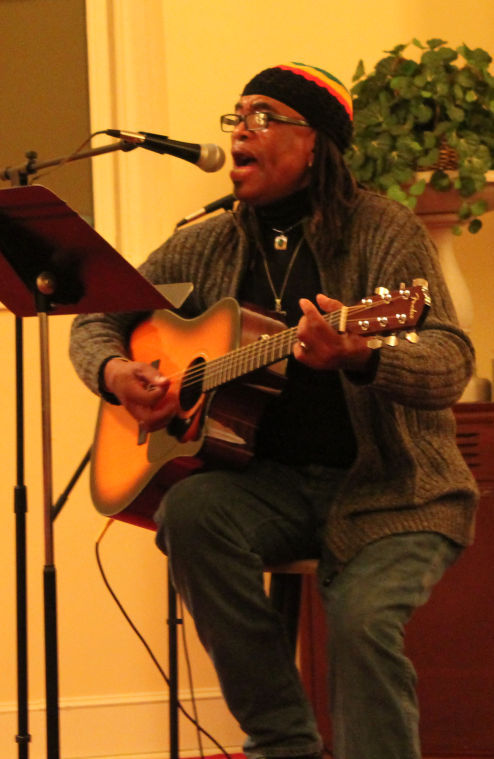 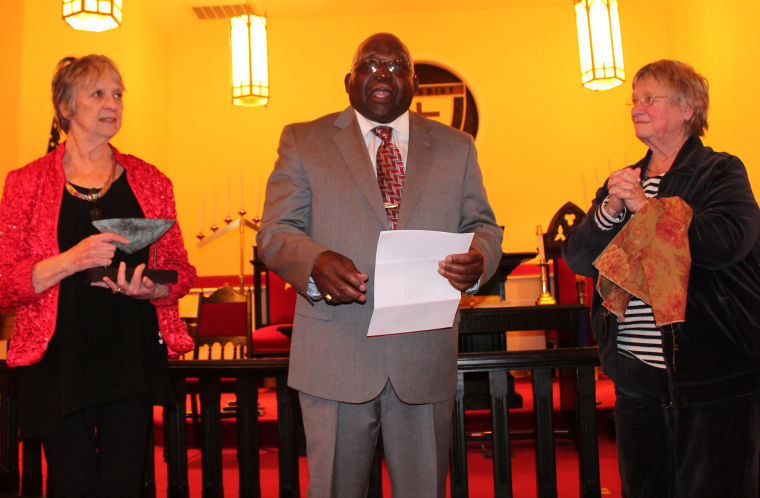 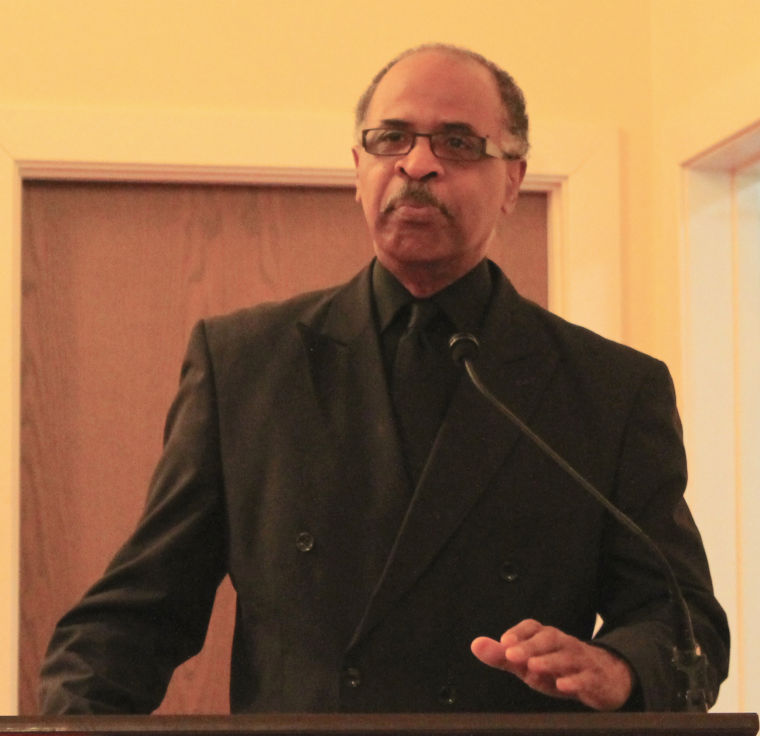 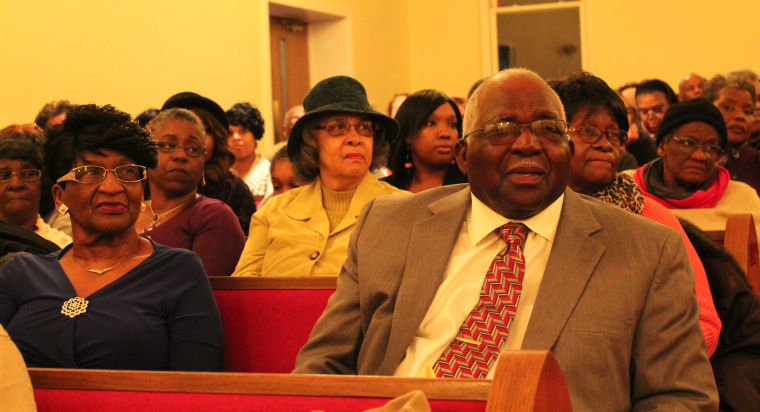 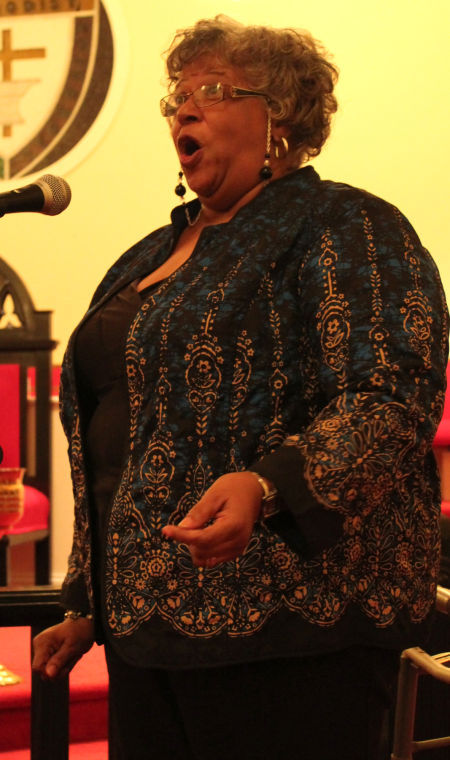 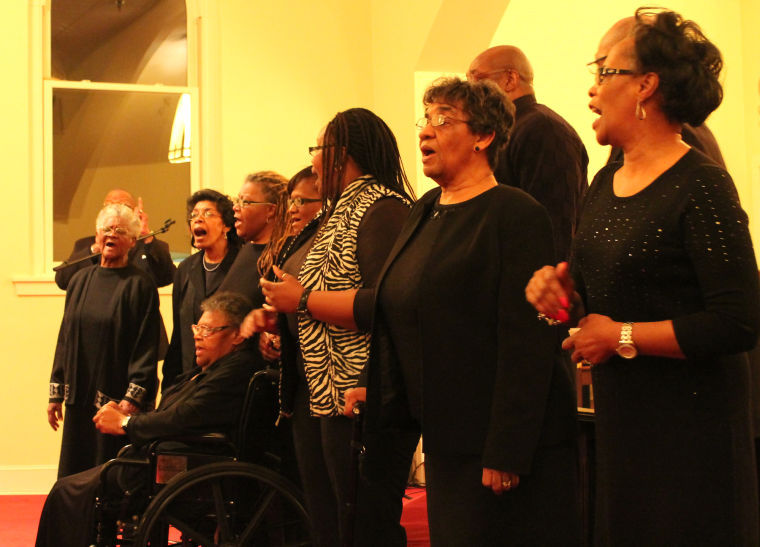 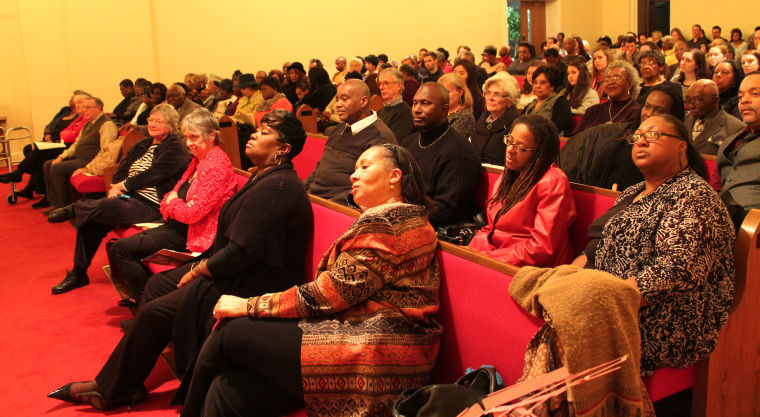 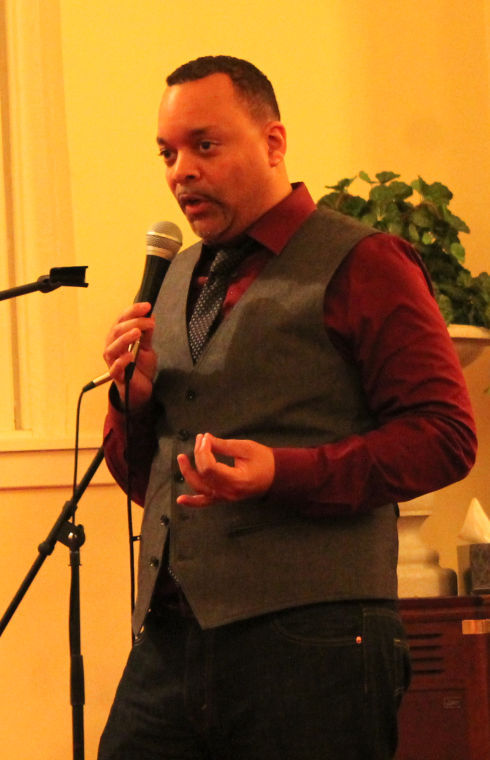 Leslie Raimond, with the Kent County Arts Council, left, and Judy Kohl, with the Hedgelawn Foundation, applaud John Wilson after bestowing him with the 2014 Kenny Award.

The Nia Ensemble, a group of some of John Wilson’s former students, perform a cappella Tuesday, Feb. 10 at Bethel AME church.

CHESTERTOWN — John Wilson has been a blessing to Kent County. He has been at least partly responsible for the musical careers of many of the area’s finest performers. And now he is getting his due.

Wilson, a native of Coleman, was the chorus teacher at Chestertown High School starting in 1970. The school was consolidated into Kent County High School the next year, and that is where Wilson would remain for the next 15 years, inspiring a wealth of young singers and musicians.

In a touching ceremony Tuesday, Feb. 10, before a packed crowd at Bethel AME Church in Chestertown, Wilson was given the Kenny Award, an annual honor bestowed upon an individual or group in recognition of their contributions to the arts in Kent County. Many of his former students and choir members attended the ceremony to pay him tribute in words and song.

After a dinner enjoyed by the evening’s guests, everyone packed into the church’s pews for the awards ceremony, led by the Rev. Ellsworth Tolliver. Tolliver welcomed the audience and led a prayer. He talked about Wilson’s legacy, saying “Anyone who is walking around Kent County right now who is a singer has been touched by Mr. John Wilson.”

The Nia Ensemble was up next. The group is made up of some of Wilson’s former students, including Karen Somerville, Lester Barrett Jr. and Jerome McKinney, of the popular local group Sombarkin, who also performed later in the ceremony.

Leslie Raimond, of the Kent County Arts Council, and Judy Kohl, of the Hedgelawn Foundation, which awards the Kenny each year, then spoke about Wilson. Kohl described him as “a Kent County treasure who combines art, mentoring and teaching.”

After receiving his award, Wilson gave a speech, first thanking his family for their support. “To receive this Kenny Award is more than I ever dreamed,” Wilson said. “It’s a wonderful thing to feel that you are really appreciated.”

Wilson encouraged his former students to continue to share their talents with the community. “I am grateful to have maintained a good working relationship with you throughout the years, even though I’ve been retired 22 years,” he said.

He went on to say that his desire is to be an example for the community of what a Christian should be. “Live the best you can in service to your Lord and Savior Jesus Christ,” he said. “This is what I wanted to be able to do, to live so that those that follow you will not stumble and fall.”

After his speech, the tributes continued, with Cheryl Saunders reading a statement from her son, Marlon, who was unable to attend. Marlon Saunders, who has a successful musical career, wrote “I have been very blessed. I have traveled the world and shared the stage with some of the most influential artists in the business. This is all due to the knowledge and love of music that Mr. Wilson so graciously gave to me.”

Ned Leverage, a member of the Kent County Mass Choir when Wilson was its leader, spoke next. He said Wilson was one of only three people he would name as a mentor throughout his whole life. “Great is reserved for those who deserve it. And Mr. Wilson’s a great man,” he said.

The evening continued with performances by Sylvia Frazier, director of the 100-Voice Choir; Sombarkin; and singer/musician Andre Sisco. Members of the American Spiritual Ensemble concluded the ceremony. The ensemble, a group of professional opera singers who are dedicated to celebrating the negro spiritual, held a workshop for Washington College students and community members earlier in the day.

Ensemble member John Wesley Wright said he was humbled to be able to perform among such talent, for such an influential man as Wilson. “I can only hope to match the heart and soul of what I’ve seen here tonight,” Wright said.